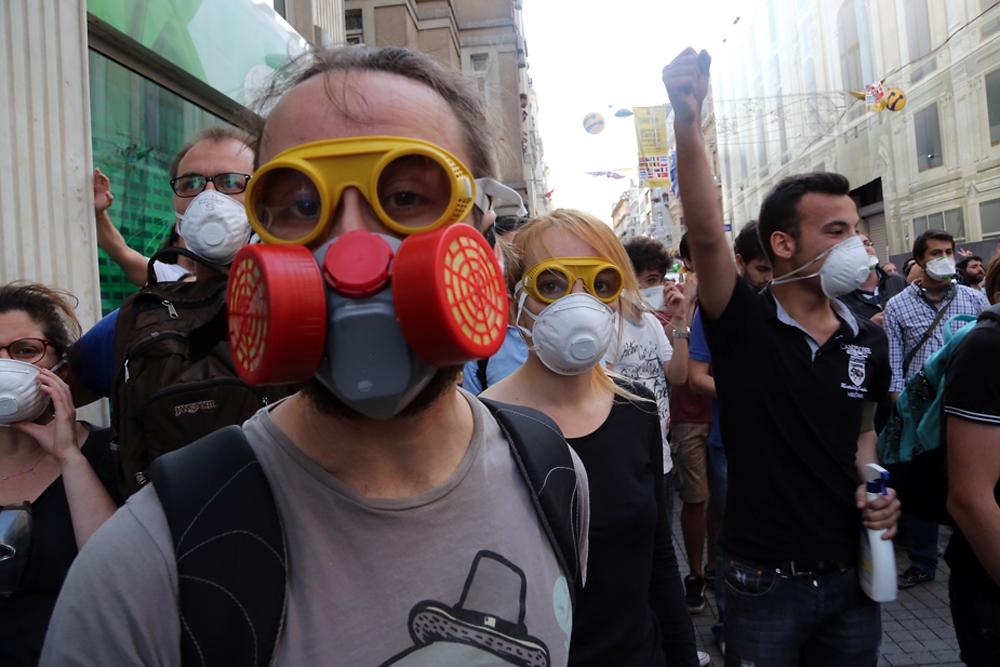 Turkey’s new democratization reform package may mark a step forward for civil rights, but it does not go far enough to ease social tension and feelings of mistrust that are afflicting the country, analysts say.

But after a summer during which Erdoğan’s reformist reputation was shredded by a violent police crackdown on anti-government protests, many Turks see the package mostly as an attempt to repair the prime minister’s battered image. “The fact that this is being marketed as a big reform package is precisely because the government is seeing that they are failing on that front,” said Aslı Aydıntaşbaş, a political columnist at Milliyet newspaper, an influential publication generally critical of the government. “It’s not enough, it’s hardly enough, but it’s a start.”

The measures, to be enacted through a mix of administrative and legislative changes, include the strengthening of minority language rights, the lifting of a ban on Islamic headscarves for women in public institutions, and alterations to the electoral system to benefit smaller political parties. The package did not include widely anticipated enhancements of cultural and religious rights for Alevis, a Shi’a-Islam-influenced sect whose adherents comprise the country’s largest religious minority.

The bulk of the measures are aimed at addressing the grievances of Turkey’s 15 million ethnic Kurds, who have endured forced assimilation since the early years of the republic. The government currently is engaged in a peace process with the rebel Kurdistan Workers’ Party (PKK), whose 30-year-long separatist insurgency has cost 40,000 lives. A ceasefire has held since March, with government officials holding direct talks with the PKK’s imprisoned leader Abdullah Öcalan.

However, those talks have come to a standstill, with the rebels recently freezing a withdrawal from Turkey after accusing Ankara of failing to deliver on promised reforms.

On September 30, Erdoğan announced that education in mother-tongue languages other than Turkish will be allowed for the first time, but only in private schools.

A ban on the letters q, w, and x, which are found in the Kurdish, but not the Turkish alphabet, will be lifted, allowing for their use in names and official documentation. Kurdish place names that were “Turkified” in the past will be restored to their original spelling.

Meanwhile, a “student oath,” which begins with the words “I am a Turk,” will be abolished in schools.

Erdoğan also proposed a debate on lowering the existing 10-percent threshold that a political party must clear in an election in order to secure seats in parliament. In many Western democracies, such as Germany, the threshold for representation is 5 percent of the popular vote. The high electoral barrier in Turkey has generally been seen as a means to stymy Kurdish political representation.

Overall, though, the reform measures fell short of several key Kurdish demands, including a loosening of the country’s draconian anti-terror laws. Many observers were also disappointed that Kurdish-language education will be restricted to private schools.

"Was this really a package worth waiting for?” asked Gültan Kışanak, co-chair of the main pro-Kurdish Peace and Democracy Party in a televised statement.

“Kurds wished for the Kurdish problem to be solved, Alevis wished for freedom of religion, and other discriminated groups in Turkey wished for more participatory governance,” Kışanak continued. “It is not a package that responds to Turkey's need for democratization."

Analysts interpreted the cautiousness of the measures as a sign of the government’s sensitivity over a possible Turkish nationalist backlash against Kurdish initiatives, particularly in the context of municipal and presidential elections next year.

“I think there’s been a growing unrest across the country since the peace talks began and the government began speaking to Öcalan directly,” said Ziya Meral, a London-based Turkey researcher, and former human-rights advocate.

“It is not so much because of a lack of political will, but because elections are coming and the Turkish public is not necessarily on board with such a speedy resolution of the Kurdish issue.”

Hugh Pope, country director for the Brussels-based International Crisis Group, expressed a belief that the government’s fears are largely misplaced. “This imaginary Turkish nationalist resistance to reform is very real in the mind of Ankara, but I don’t think it’s reflected on the ground,” Pope said. “Erdoğan is pushing through an open door, and the better he explains it, the easier this process will go.”

Meral believes that Erdoğan will likely announce further substantial reforms in the coming months as the elections draw nearer -- especially on the Alevi issue. “If you unveil all your major reforms in one go, the public will quickly forget, “ he drily noted, “but if you spread out the love a bit, your actions might be remembered much closer to the election date.”

The generally negative reception of the package from key opposition groups, including the Kurds, highlighted deeper social problems that the reforms did not address, he added.