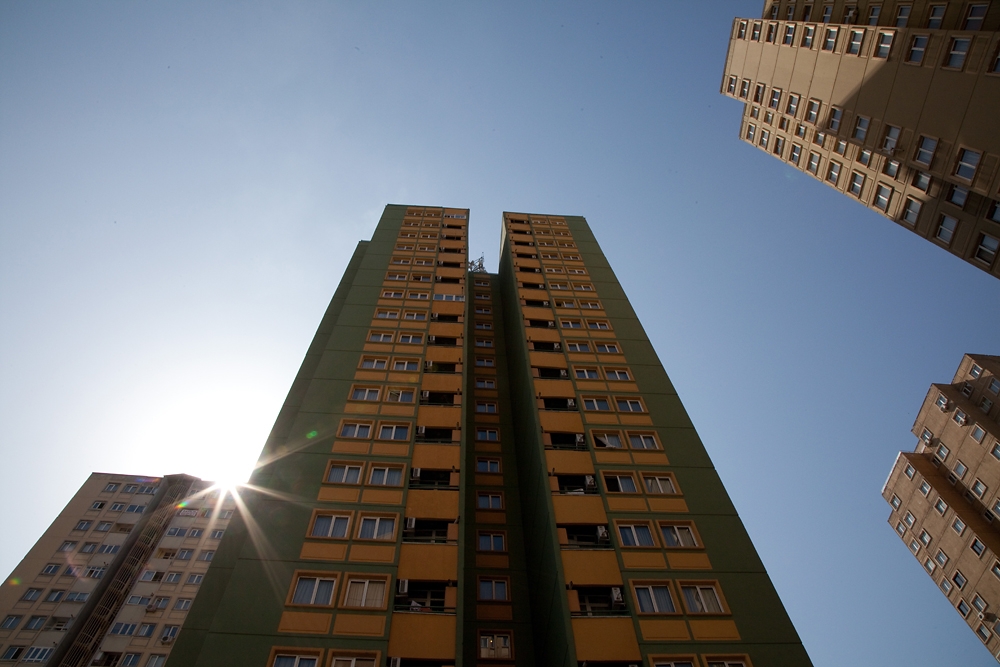 Is Turkey’s conservative government trying to impose morality in the home or is it a fight over individual rights? (Photo: Jonathan Lewis)

Whether or not students of the opposite sex should live together is the latest controversy to envelop Turkish Prime Recep Tayyip Erdoğan. But this time there’s a twist to the story: the prime minister is facing criticism from various corners, including from elements among his own conservative, pro-Islamic base.

Erdoğan touched off the controversy during a November 6 news conference when he condemned the concept of unmarried males and females living together. “How is it possible that a girl and a boy can live together in a private property?” Erdoğan asked. “Can you tolerate such a thing for your daughter or your son?”

Interior Minister Muammer Güler at one point tried to frame the cohabitation issue within the context of “the fight against terrorism.” Students later held a peaceful demonstration on November 11 against an Erdoğan proposal to ban mixed private housing for male and female students.

Some of the protesters argued that the prime minister and his Islamist-rooted Justice and Development Party (AKP) are again trying to impose an Islamic way of life on a secular country. But many others contend there is a larger point driving their opposition.

“It is more of a debate about personal freedoms. I don’t hear my students talking about secularism and Islam,” observed Ayfer Bartu Candan, a professor of sociology at Istanbul’s Bosphorus University.

Ayca, a 21-year-old media student, highlighted the broad concern about restrictions of personal freedom. “Police can come and they will inform our family that I am living with my boyfriend,” Ayca worried. “They will call me and say, ‘you have to move out.’ This is really ugly, to use family power, as it is really powerful in Turkish culture and they are using it against us.”

Since this past summer’s nationwide anti-government demonstrations, which united both practicing Muslim and secular Turks, she continued, the debate in Turkey has come to focus more on “individual freedoms.”

The controversy has caused governmental disarray. After the deputy chair of the AKP’s parliamentary faction, Nurettin Canikli commented that no action would be taken against students sharing private accommodations, Erdoğan contradicted him, and warned that new legislation would be introduced, if necessary, to end the practice.

Media figures known to be Erdoğan supporters now are voicing rare dissent over the cohabitation issue. “I feel ashamed to have voted for the AKP,” columnist and TV commentator Nazli Ilicak said during a live debate on CNN Turk. Meanwhile, on November 7, Fehmi Koru, a columnist for the pro-government Star weekly and a popular figure within pro-Islamic media, thundered against the government for considering actions that smack of Big Brother.

Erdoğan has suggested that Turks should be vigilant, keeping an eye out for male and female students sharing accommodations in private houses. In effect, he wants neighbors to spy on each other.

“I’m really worried about psychological pressure on us because we will be easily targeted from our neighbor, or workers on [the] streets,” said a female politics student named Meltem, who lives with her boyfriend. “They will feel they have a right to say something to us while we are walking on the street. Before this, they don’t dare.”

Erdoğan’s call on governors and police to raid private homes where male and female students are thought to live together has raised even more concern. Local media have reported that police in Istanbul and the southwestern city of Denizli have started targeting students living together in private homes by fining them for misdemeanors.

Currently, no law empowers police to prevent cohabitation, although the prime minister has indicated that that could change. In November 11 comments to the TV station NTV, Interior Minister Güler said that police would need a court’s authorization before entering houses.

The promised respect for that formality does nothing to reassure critics. “There was never before such a clear intervention in the private sphere” in Turkey, argued Pinar İlkkaracan, co-founder of Women for Women’s Human Rights, an Istanbul-based advocacy group.

“Home is a place you can do anything you want; you can be religious or not religious, you can drink [alcohol] or not drink,” İlkkaracan added.

In support of that concept, the Islamic-leaning Today’s Zaman quoted a hadith, an Islamic parable, which declares invading a person’s home to reveal a sin to be a greater sin than the sin itself.

The deepening debate comes as the political temperature in Turkey is already rising, with the country entering an 18-month electoral cycle, culminating in the 2015 general election.

Erdoğan’s desire to underline his conservative credentials among core supporters ahead of those elections is thought to motivate the proposal. His concerns may end up finding a receptive audience. “Turkey is a conservative society,” noted sociologist Bartu Candan. “When Erdoğan says this, even many secularist families, it would resonate with them.”

Yet, in the face of growing opposition and concern even with his own ranks about the proposal, few observers predict that the prime minister will carry through his threat to ban student-cohabitation. Legal experts claim it would be difficult to pass a law aimed only at students without violating the constitution, which asserts that everyone must be treated equally.

For now, the battle is expected to continue. “We don't impose values on society,” Erdoğan said at a November 12 meeting of the AKP’s parliamentary faction, Today’s Zaman reported. “We preserve values, and we oppose attempts to impose other values.”