“I can make jokes about this funny situation in Azerbaijan, since we can’t joke about those in our own country.” 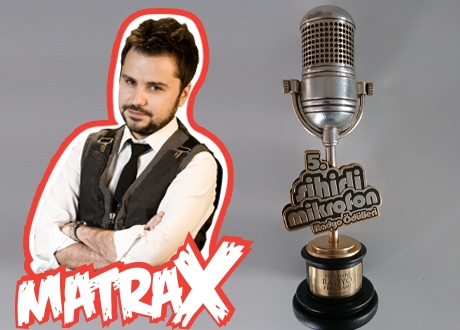 Turkey’s broadcasting watchdog suspended a popular talk radio program and slapped one of its highest fines on the station for “insulting” Azerbaijan’s president and first lady after the host joked about her appointment as the country’s vice president, Turkish media reported.

The Radio and Television Supreme Council (RTÜK), which regulates television and radio stations, ordered station Show Radyo to turn over five percent of is commercial revenue and halt five episodes of the show Matrax, the state-run Anadolu Agency said.

The measure underscores Turkey’s close cooperation with Azerbaijan, from which it imports oil and gas and with which it shares ethnic and linguistic roots. Turkish officials often describe the two countries as “one nation, two states.”

In a late night broadcast on January 16, Matrax host Zeki Kayahan Coşkun teased Azerbaijan President Ilham Aliyev for “one of the world’s most comical approaches” for naming Mehriban Aliyeva his deputy last year and discussed corruption and abuse charges against the family.

“I congratulate Ilham Aliyev, he didn’t do this secretly or hidden,” Coşkun said, as a laugh track played, according to a recording of the show on YouTube. “This can only occur with backward mentalities. A person would feel too embarrassed to appoint a relative … Hey, I can make jokes about this funny situation in Azerbaijan, since we can’t joke about those in our own country.”

Turkish President Recep Tayyip Erdoğan has curbed criticism of his own rule, suing thousands of people he said had insulted him and jailing more than 150 journalists. Reporters Without Borders ranks Turkey 155th out of 180 countries in its World Press Freedom Index. Azerbaijan ranks 162nd, and in its piece on the Matrax affair, government-friendly website Haqqin.az labeled the story “GOOD NEWS.”

Turkey has cooperated with Azeri investigations in the past. Authorities opened a criminal investigation last year into four prominent intellectuals after they visited Nagorno Karabakh, Azeri territory under Armenian control since a 1994 war. Azeri authorities are also probing the men.

Show Radyo is not available in Azerbaijan. Should the station broadcast any program similar in nature within the next year, it will face a maximum 10-day suspension, Anadolu said, citing the RTÜK ruling. Further infractions could result in a cancelation of the radio station’s license.

Coşkun also listed allegations of corruption, election-rigging and rights abuses that have been levied against Aliyev, who was once named the world’s most corrupt leader by an anti-crime group. Coşkun sarcastically described the Caspian Sea state’s nepotistic form of rule as an “inspiration” for others.

Aliyev hailed Aliyeva as “very professional, clever, experienced, principled and benevolent” in 2017 after making her vice president in a role created by a constitutional referendum the previous year. In her role, she oversees the cabinet and is authorized to sign international agreements.

Supporters say the glamorous Aliyeva, a patron of the arts and the deputy chairwoman of the ruling party, is a role model for Muslim women. She hails from one of Azerbaijan’s wealthiest and most influential families, the Pashayevs.

But the Azeri opposition called Aliyeva’s appointment the “first step to the establishment of an absolute monarchy.”

Since independence from the Soviet Union in 1991, Azerbaijan has embraced hereditary politics. Aliyev succeeded his father, Heydar Aliyev, in 2003. Some observers have speculated that the couple may now be grooming their 20-year-old son to run for politics after the 2016 referendum also scrapped the age requirement for parliament and the presidency.