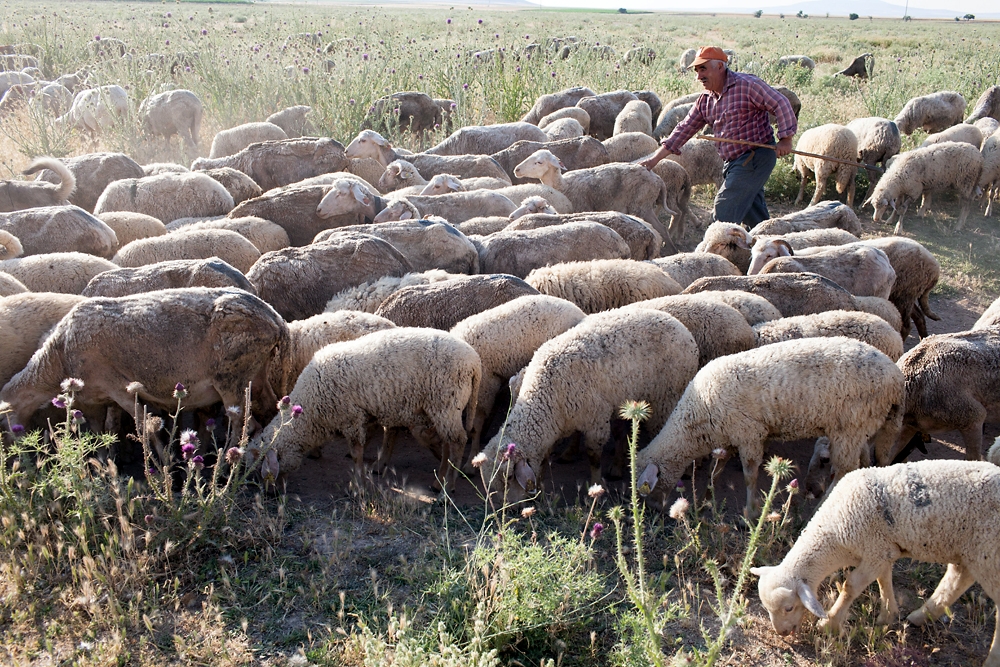 A shepherd drives his sheep to a field outside of Osmaniye. 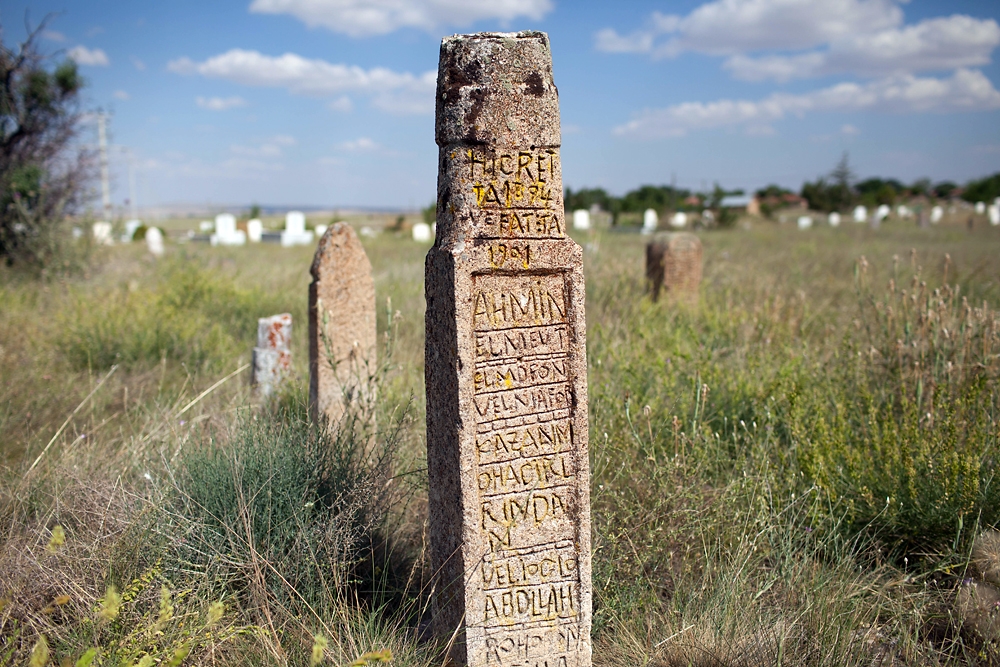 A carved stone marks the grave of one of the first Tatar settlers in Osmaniye. 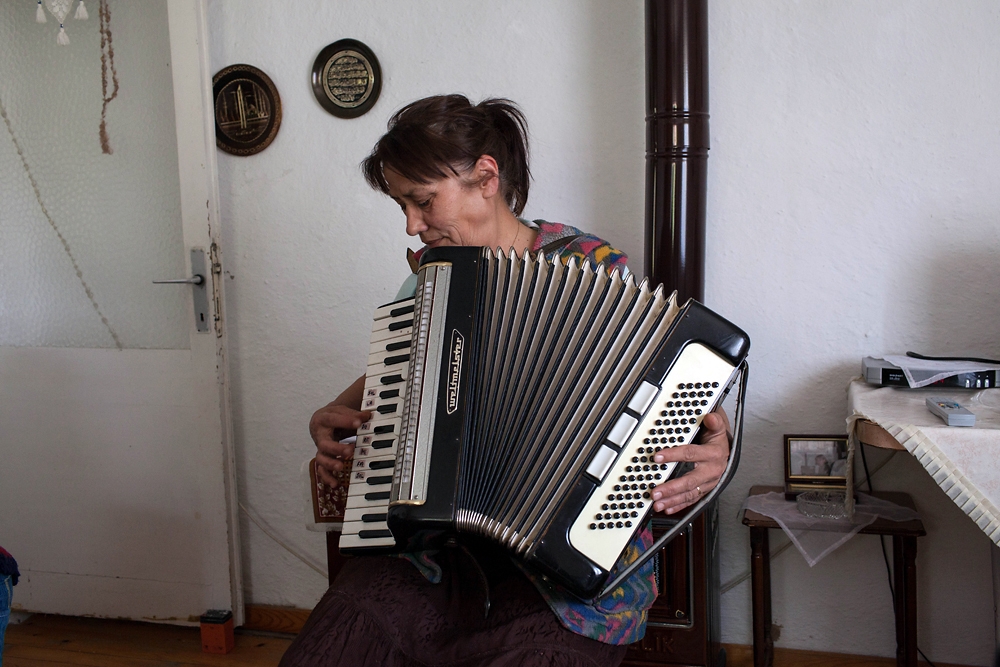 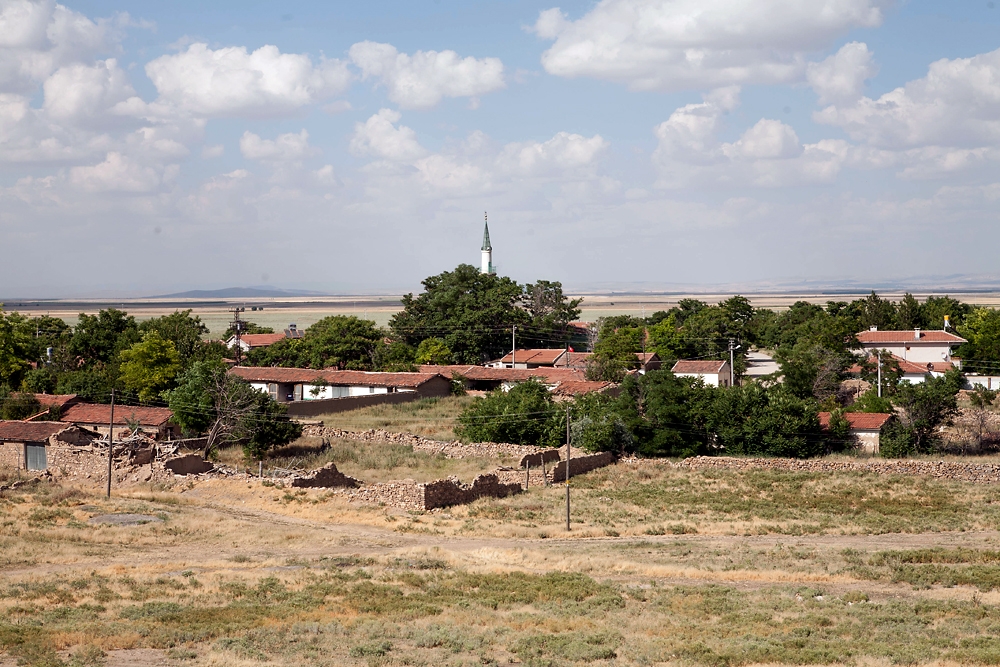 A story claims that 14 Volga Tatar families traveled in 1893 from Kazan to settle in Osmaniye. 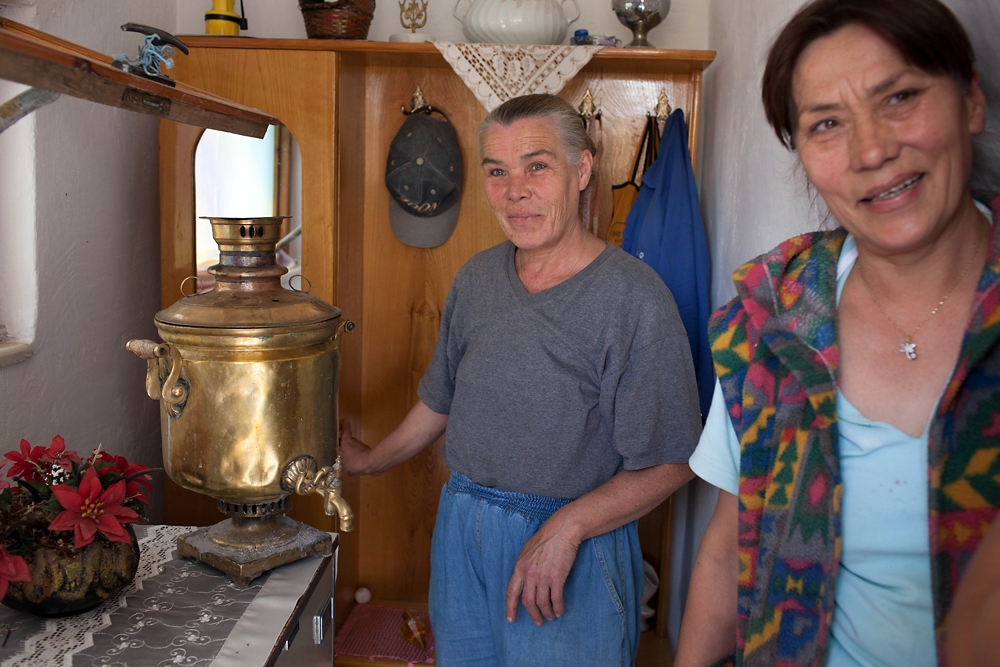 Posing with a samovar, sisters Ravza and Seviyye Melle say their family was among the first to settle in Osmaniye. 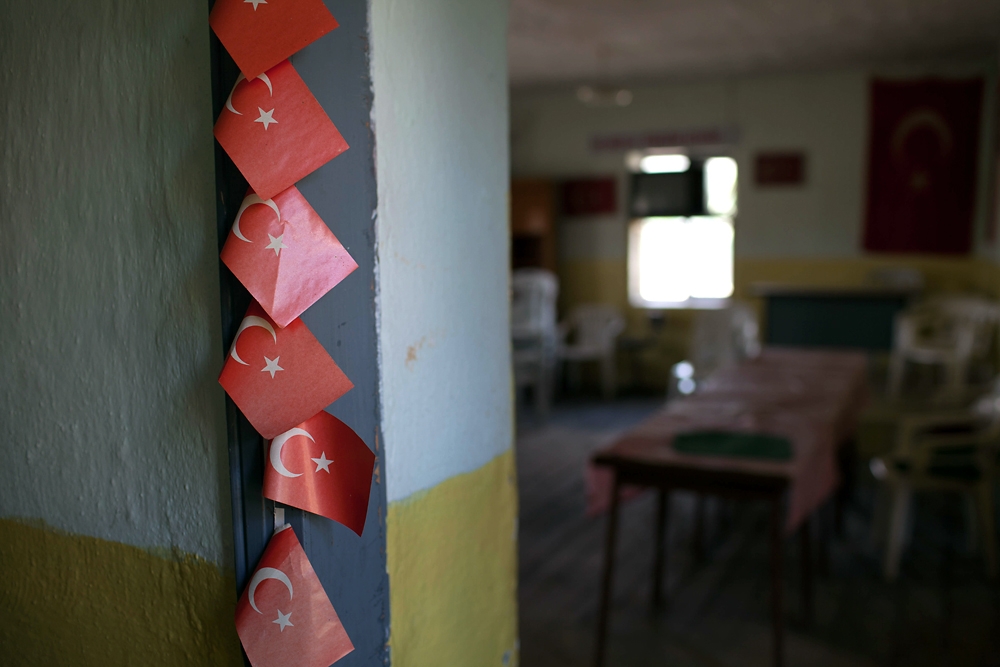 Osmaniye's school, which is no longer in use, serves a community center for the village. 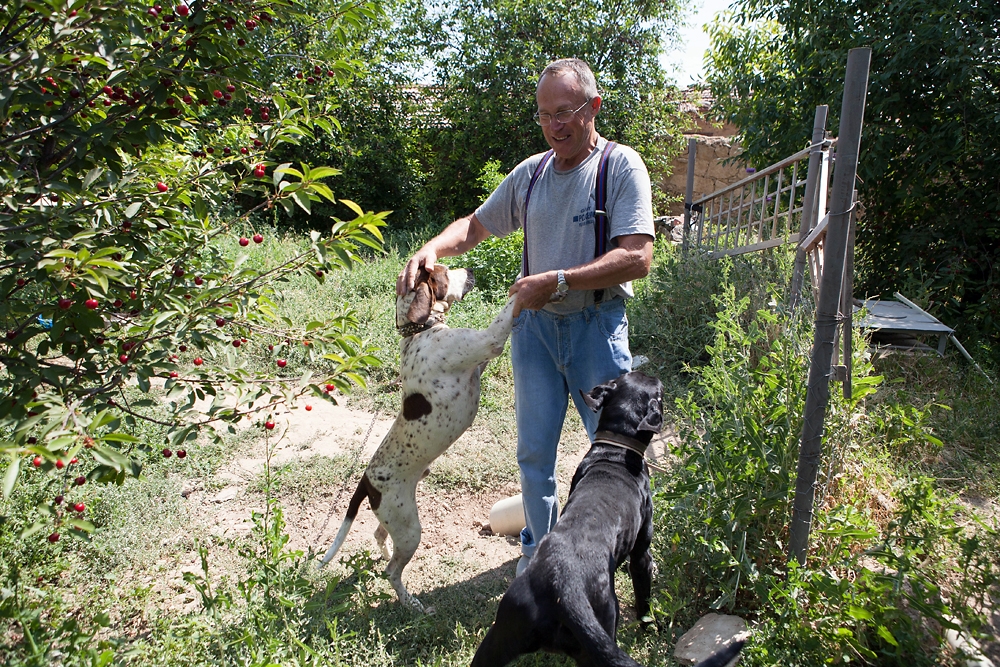 Ethnic Tatar Irfan Bitik plays with his dogs in the front yard of his house. 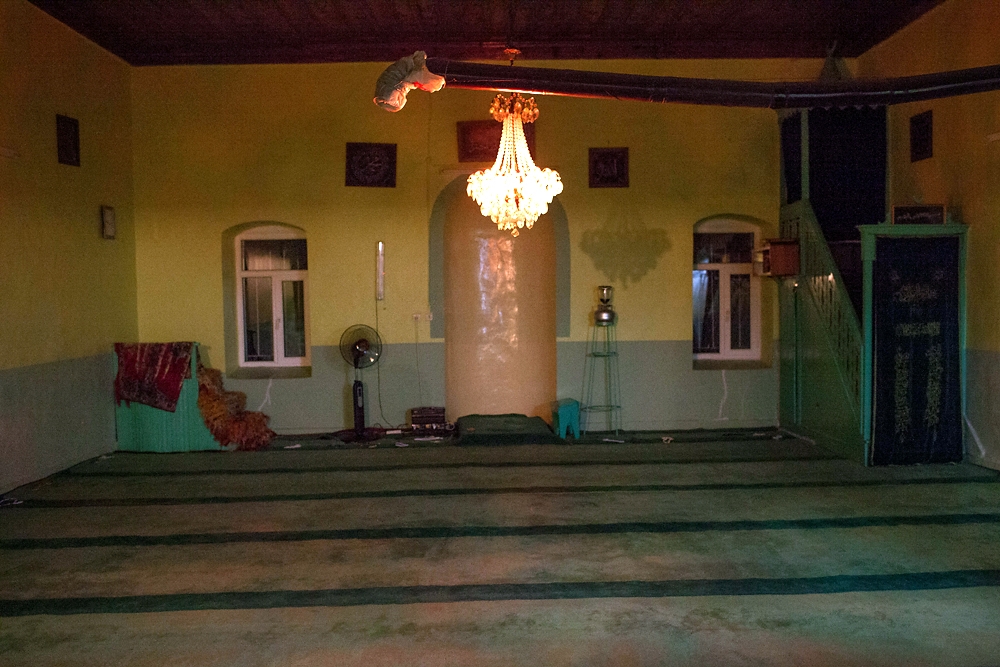 Some villagers were so devout they said non-Muslims should not enter the village's mosque. 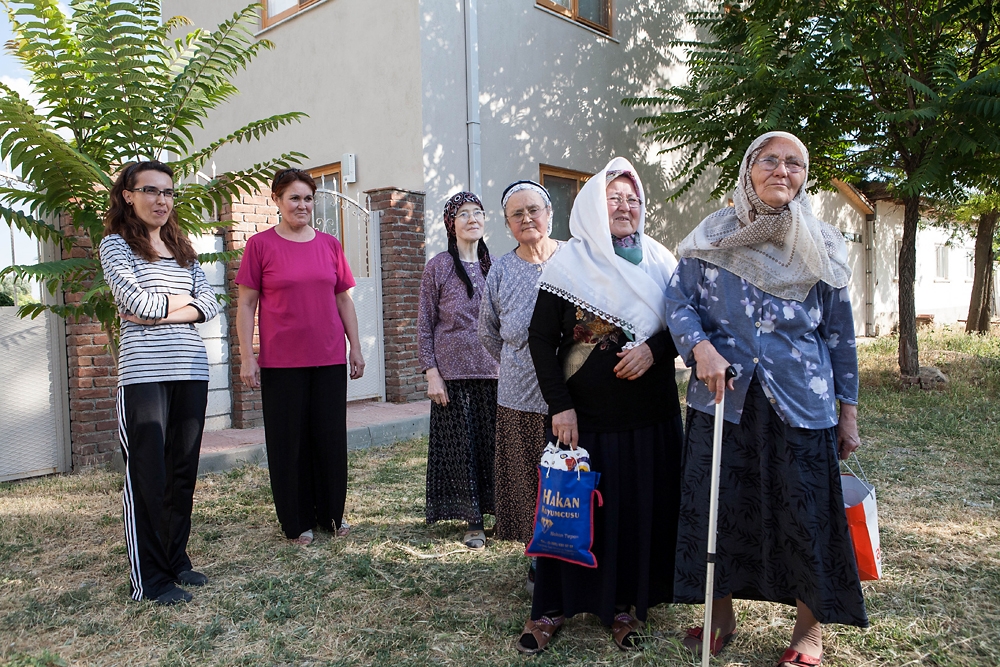 Women in Osmaniye gather to examine a new house in the village. 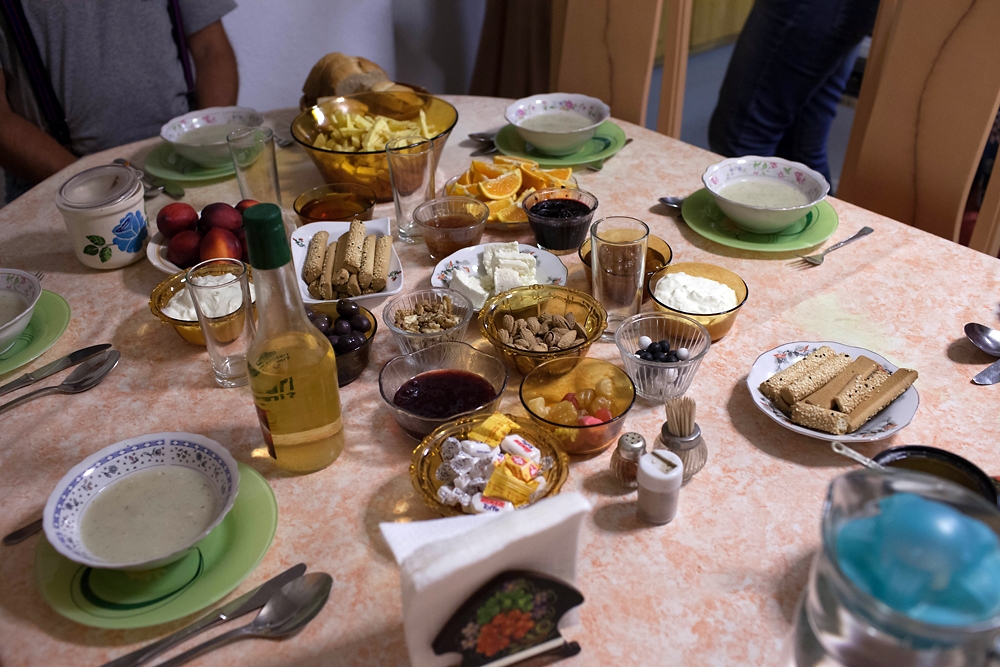 Traditional Tatar food is laid out for dinner. 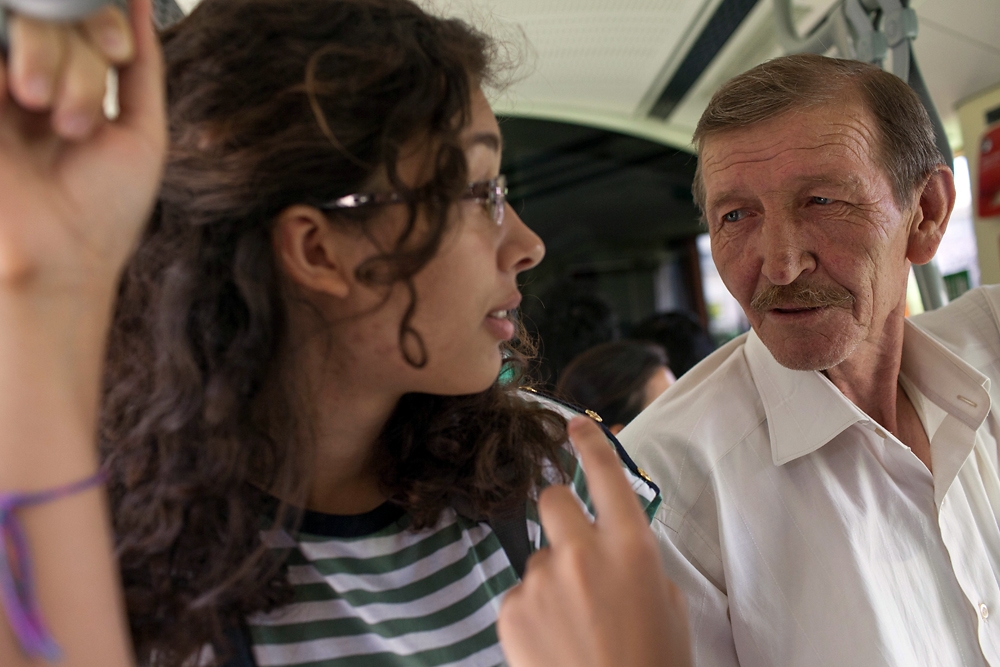 Ferhat Aktaş, with his niece Sule Baykal, is concerned that Tatar culture will die out with the new generation. 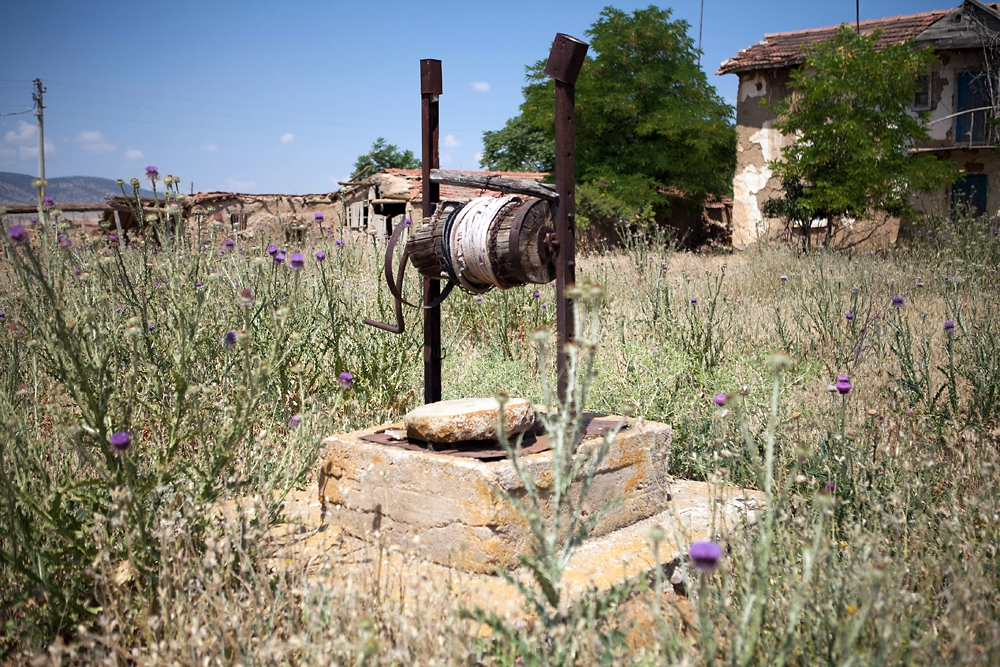 The first well in Osmaniye sits in a field of overgrown weeds, in front of abandoned houses. 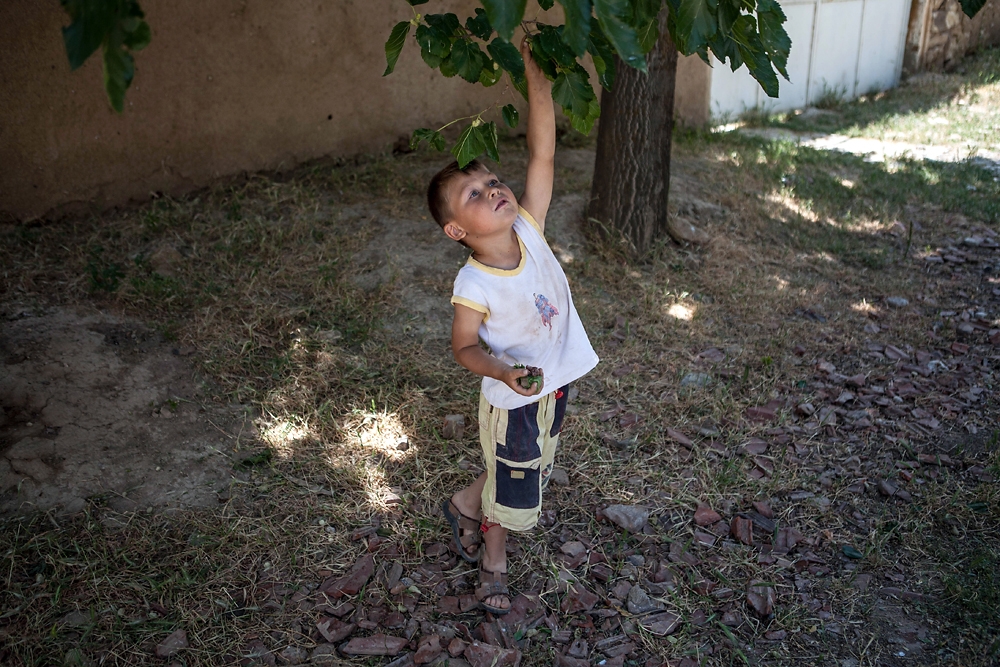 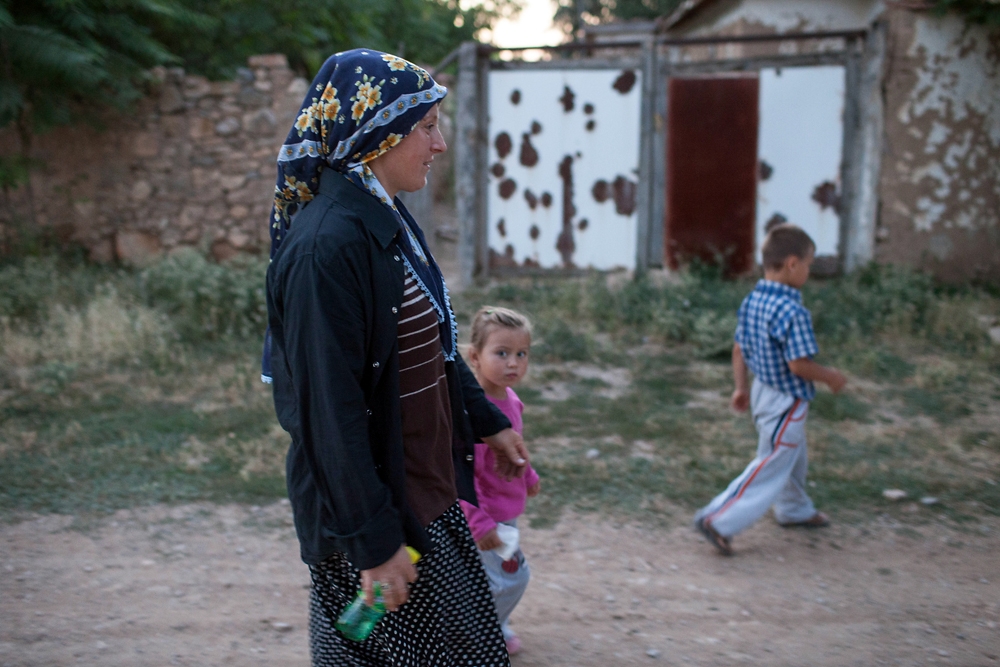 There are no street names nor paved roads in the village. 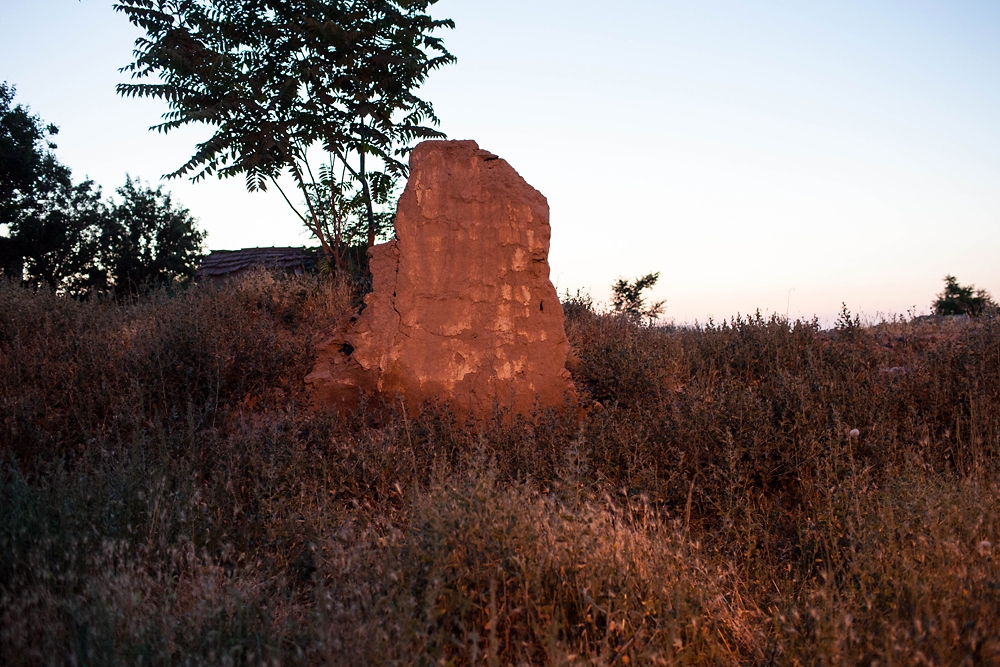 Many old homes in Osmaniye have fallen apart and have been abandoned. 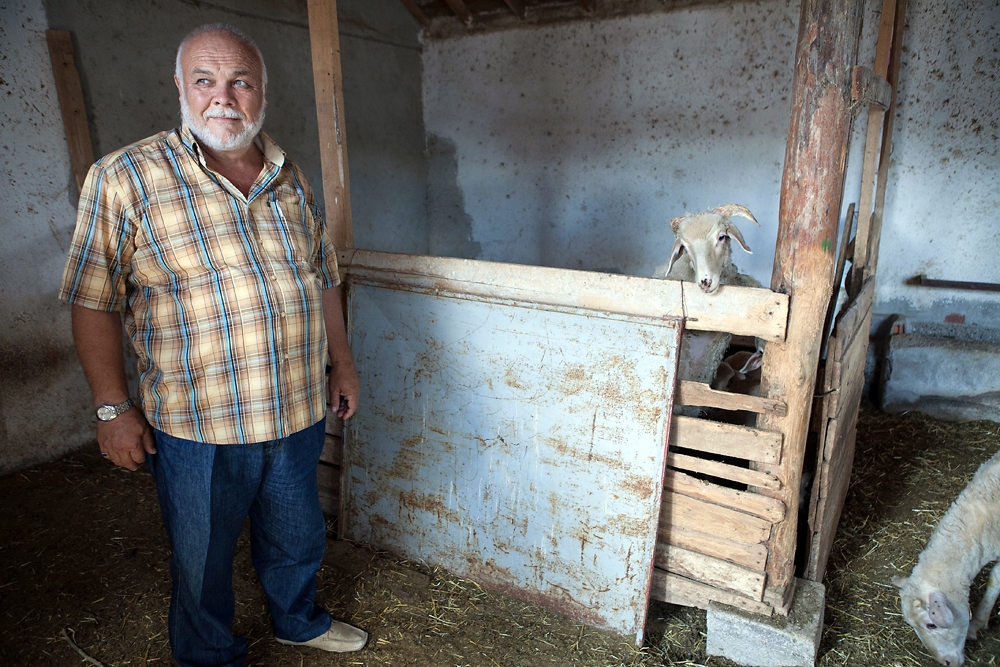 A resident of Osmaniye shows off his sheep.
prev
next

The bulbous brass samovar on a table in the Tatar-Turkish village of Osmaniye is definitely not a historic relic. Nearly 120 years after its arrival in Turkey from Russia, villagers say it is one of the few links left to their Tatar homeland in the Volga River.

Accounts vary about how 14 Volga Tatar families, carrying three bags of gold from the sale of their land, traveled in 1893 from Kazan, today the capital of the Republic of Tatarstan, to Osmaniye, located about 160 kilometers inland from Turkey’s Black Sea coast. Most villagers have lost track of the details, but the story goes that their ancestors migrated to practice Islam without restrictions. “We left our home and most of our relatives for Islam,” said Ravza Melle, whose family brought the samovar and, reportedly, was among Osmaniye’s founders. “We couldn’t live our religion freely.”

The area’s flat plains reminded them of the steppe along the Volga River, and Osmaniye’s distance from Istanbul, some 209 kilometers to the northwest, created a safe distance from vices found in cities, she said.

Now, the local Tatar community is once again grappling with a threat to its cultural identity. Thirty-some years ago, about 150 Tatar families lived in Osmaniye, but, these days, sheep nearly outnumber human inhabitants. In search of reliable sources of income, most villagers have moved to Istanbul or the Aegean and Mediterranean Sea port cities of Izmir and Antalya.

During the summer, only about 50 families, many of whom live permanently elsewhere, take up residence in the village. In winter, that number falls to about 30 to 35 families, residents say. “In our time, there were eight kids in every yard,” recounted 65-year-old Ferhat Aktaş, a retired farmer and jewelry-maker, who, 40 years ago, left Osmaniye for the nearby administrative seat of Eskişehir. “Now, at most, there is only one child per house. If this continues, the village will disappear.”

And, with it, the ties to Tatarstan -- a connection that already has changed with time. In the past, no ethnic Turkish families lived in Osmaniye, but now, with many mixed families, “the Tatars are a minority here,” said Fedai Erdoğan, the village’s mukhtar, or head.

"Before, we tried to keep it all Tatar,” added Erdoğan, who, despite his last name, claims no Turkish ancestry. “We didn't welcome Turkish families, but…there have been marriages.”

“I am trying to remember who is still Tatar here,” mused Aktaş.

Irfan Bitik is among the Tatar men who married a Turkish woman. A retiree who only comes to the village during the summer, Bitik said he does not speak Tatar very well. While he was growing up, his mother would scold him if he spoke Tatar, he claimed.

Aktaş, in turn, recalled how an elementary school teacher would twist his ear if he spoke Tatar -- a reflection of the Turkish Republic’s former aggressive campaign to forge a unified people out of disparate ethnic groups.

Reliable data on the current size of Turkey’s Volga Tatar population, a group that evolved from the Mongol-Tatars’ 13th century invasion of Russia, does not exist.

But Osmaniye’s Tatar villagers emphasize that, as a Turkic people, they have no need for official status as an ethnic minority. Officially, Turkey does not categorize Muslim ethnic groups as minorities.

Rather, they attribute the disappearance of Turkey’s Volga Tatar culture to the younger generation’s disinterest.

When Aktaş, who serves on the board of a Tatar cultural foundation, and his brother offered Tatar language lessons, no one signed up. “It’s kind of our fault,” Aktaş said. “It is the parents’ fault; they did not want to work hard to make the kids learn.”

His 21-year-old niece, Sule Baykal, bashfully admitted that she did not consider her identity to be “exactly” Tatar. When she was growing up, Baykal’s parents spoke Tatar among relatives, but not to her. Today, she can understand the language, but not speak it. “This is the case for most of my generation,” she said.

Samovar owner Melle, who lives in Osmaniye year-round, can only agree. “We have a really good culture, but if you don’t speak the language, if you don’t cook the food, if you don’t play the games, you lose the culture.”