Turkey: Walking a Tightrope over Crimea 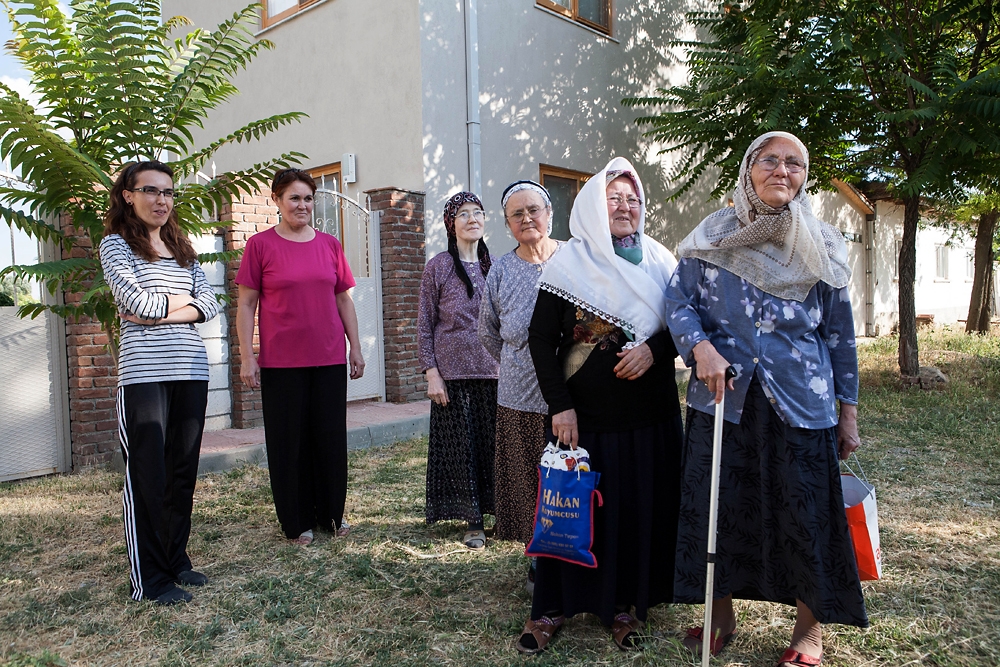 Turkish Tatars, descendants of the Crimean and Volga Tatars, are voicing concern over the crisis in Crimea. (Photo: Justin Vela)

The Russian-Ukrainian crisis over Crimea is forcing Turkey into a delicate balancing act: Ankara feels a need to be seen as a protector of the peninsula’s Tatar minority, yet it does not want to vex Russia’s paramount leader Vladimir Putin in a way that complicates Turkish-Russian economic arrangements.

There are abundant reasons why Turkey is taking a close interest in Crimean developments. Crimea operated as a vassal khanate of Ottoman Empire from the 1470s until 1783. In addition, Turks are bound by a strong cultural connection to Crimean Tatars, an ethnic minority group that comprises roughly 15 percent of Crimea’s population. The number of ethnic Tatars
now living in Turkey -- most of them descendants of those who left Crimea following its 1783 annexation by the Russian Empire -- is estimated in the hundreds of thousands.

For all the historical and cultural factors in play, though, it may be domestic political considerations that are the primary factor in shaping the government’s posture on the Tatar-Crimea issue. Prime Minister Recep Tayyip Erdoğan has been seriously wounded politically in recent weeks by allegations of large-scale corruption within his inner circle and family. He is now scrambling to reinforce his political base as he prepares for his first electoral test since the corruption scandal broke, local elections slated for March 30.

Since Erdoğan’s Justice and Development Party (AKP) draws significant grassroots support from nationalist elements, top government officials are playing up Ankara’s role as a defender of Crimean Tatar interests amid Russia’s armed occupation of the peninsula, which has belonged to Ukraine since 1954.

“Don't let it cross your mind that our prime minister and president will be indifferent to any issue affecting our people of kin in Crimea and anywhere in the world,” Foreign Minister Ahmet Davutoğlu on March 3 assured Tatar association leaders living in Turkey.

Davutoğlu’s comments came a day after hundreds staged a protest in the capital, Ankara, while smaller demonstrations were held in other Turkish cities that have large Tatar communities. “Today, what's happening in Crimea is terrifying all of us,” said Zafer Karatay, the Turkish representative of the Crimea-based Crimean Tatar National Parliament, CNN Türk reported.

Already hard-pressed by the fallout from the ongoing corruption scandal, as well as lingering resentment relating to the Gezi Park protests last summer, it could be politically crippling for Erdogan’s government to be deemed at home to be soft on issues regarding Turkic kin.

“They [AKP leaders] don’t want to be criticized by the nationalist constituency for having failed to protect the Tatars,” Sinan Ülgen, a visiting scholar at Carnegie Europe in Brussels, said of the Turkish government. “It cannot be seen to be indifferent to the fate of Tatars, its own kin, at a time when it portrays itself as protector of victimized people in the Middle East.”

Despite strong statements of support -- as well Davutoğlu’s early March visit to Kyiv, during which he met with representatives of the Crimean Tatar community -- officials in Ankara are striving to contain nationalist fervor.

Economics is the reason. Turkey relies on Russia for over half of its natural gas supplies. The country, which ranks as Turkey’s sixth largest export market (worth $7.2 billion in 2013, according to Turkstat), is also important for many Turkish companies. By the end of 2012, Turkish foreign direct investment in Russia was worth $9 billion, according to the Ministry of Economy.

With Turkish-Russian relations already tense over differences on Syria policy, Ankara seems reluctant to push Russia too hard at this time on Crimea. During a March 5 telephone call between Erdoğan and Putin, the Turkish prime minister, according to an official statement, placed responsibility for the Crimea situation “foremost” on those now in charge in Kyiv. Erdoğan added that "instability would negatively affect the entire region.”

In March 6 comments on state-run television, Turkish Energy Minister Taner Yıldız played down any concerns that Russian gas supplies would be disrupted, adding that there was no need to seek alternative supplies from countries, such as Azerbaijan.

Keeping the proper diplomatic balance may get trickier for Erdoğan in the coming weeks and months. Crimea’s recent referendum, which voiced a desire for the peninsula to be annexed by Russia, could create a dilemma for Ankara, said Ülgen, the analyst. Turkey’s emphasis on Ukraine’s territorial integrity and concern about the persecution of the Crimean Tatars under both Russian and Soviet rule mean that “Turkey would need to become much more critical of Russia, if Crimea was to secede to Russia,” said Ülgen.

At a March 6 news conference in the Crimean capital, Simferopol, Crimean Tatar leader Mustafa Jemiliyev claimed that the Turkish foreign minister told him Turkey “would immediately get involved,” if the Crimean Tatars found themselves at risk.

Any clash involving Crimean Tatars and the local Russian population on the peninsula would stir up nationalist passions in Turkey and up the pressure on the government to take some sort of action. “There would be certain nationalist individuals [in Turkey] who might be willing to go there [Crimea] and fight,” said Ümut Uzer, an expert on Turkic peoples and Turkish nationalism at Istanbul Technical University.

It would be difficult for Erdoğan to adopt a more aggressive stance toward Russia that would satisfy his domestic audience without risking a major disruption in bilateral trade. A more confrontational position “poses a fundamental difficulty because [Turkey] doesn’t want its political and economic relationship with Russia endangered … especially as Prime Minister Erdoğan and Russian President Vladimir Putin appear to share a good relationship,” Ülgen said.