Turkey: What Future For Coal Mining? 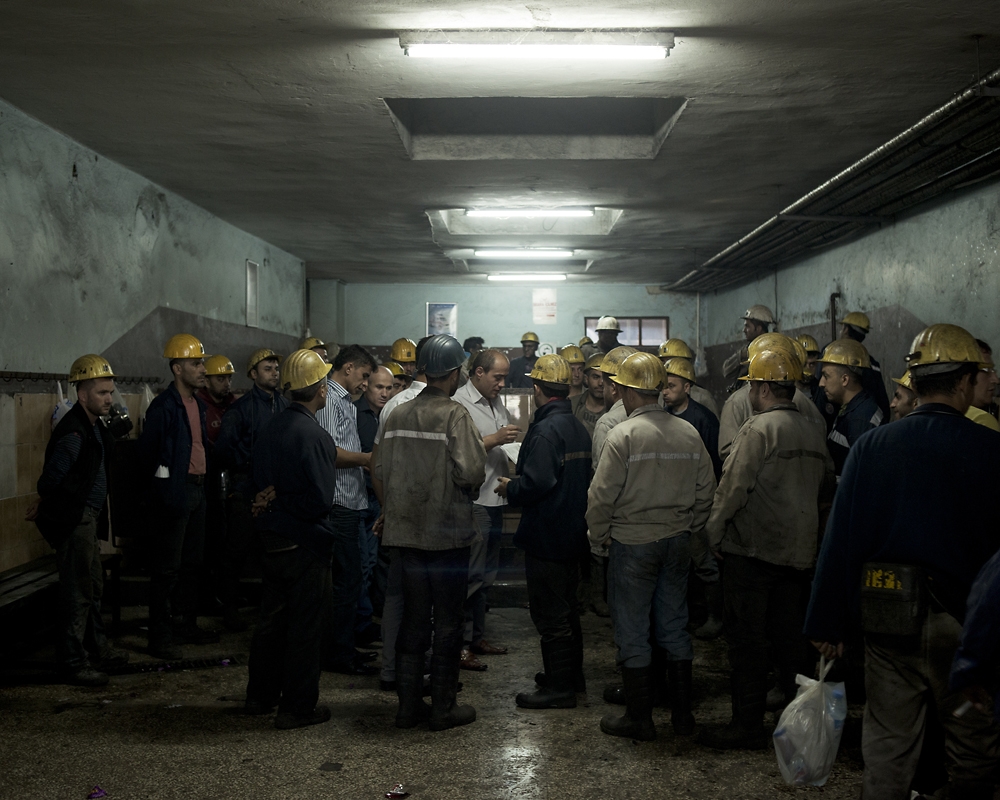 Turkish coal diggers arrive for work at the Kozlu mine in Turkey's Zonguldak Province. 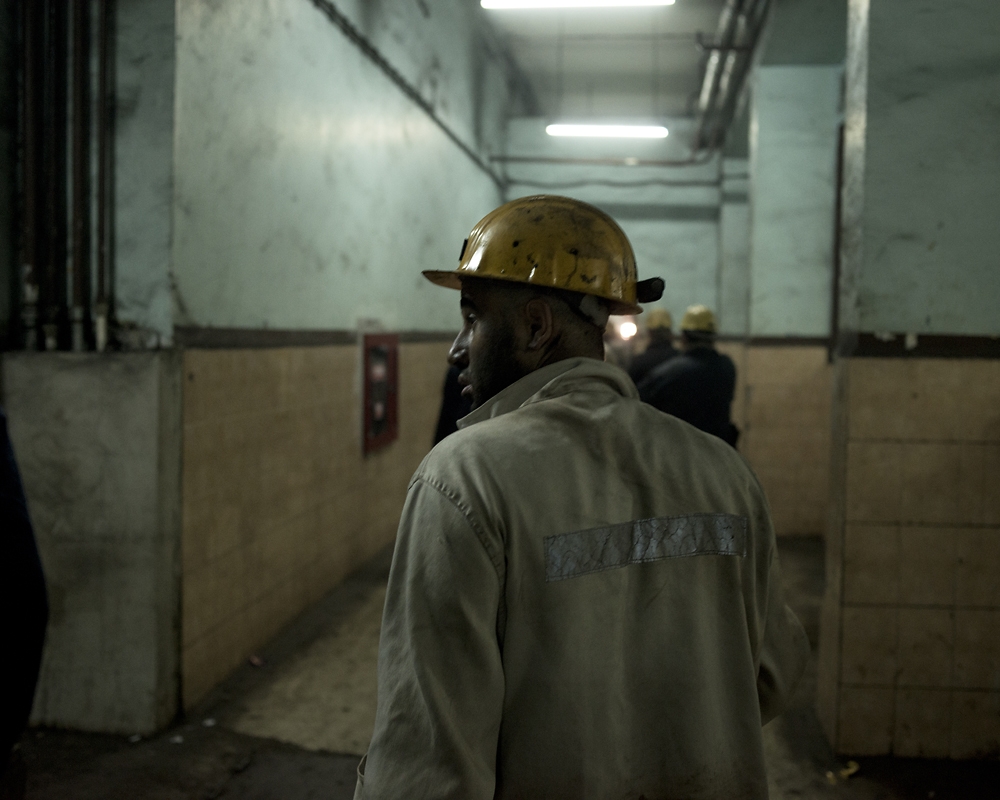 A coal miner heads for the showers after an 8-hour shift nearly 2,000 feet under ground. 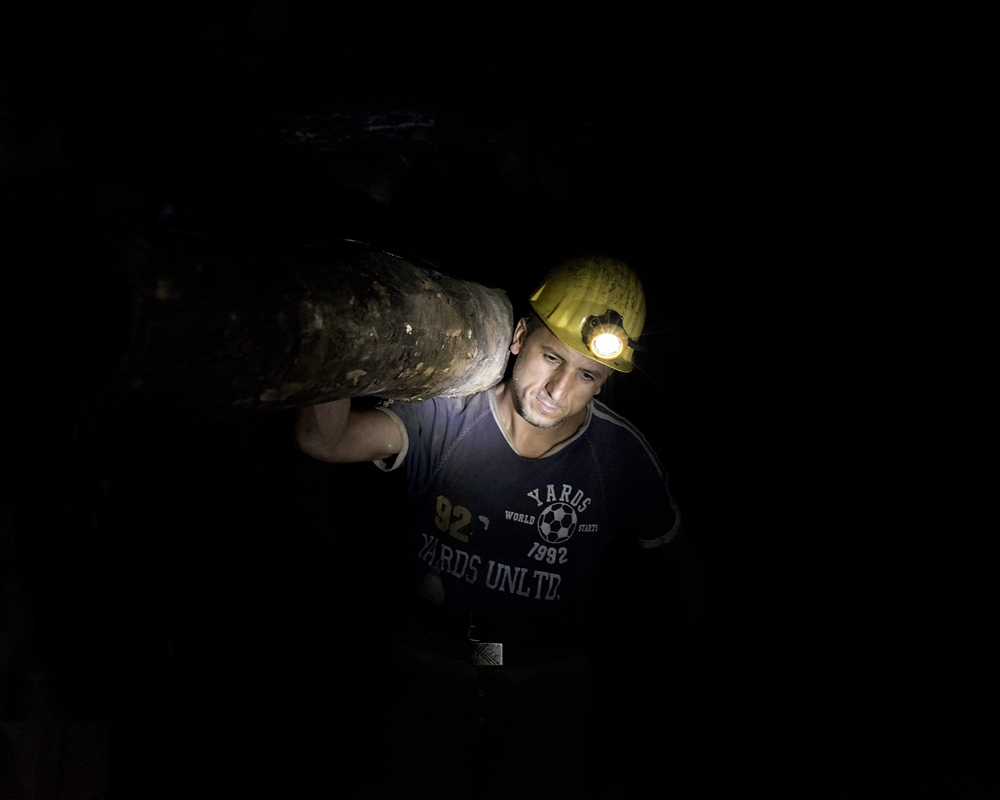 A coal digger works in the darkness of the Kozlu mine. 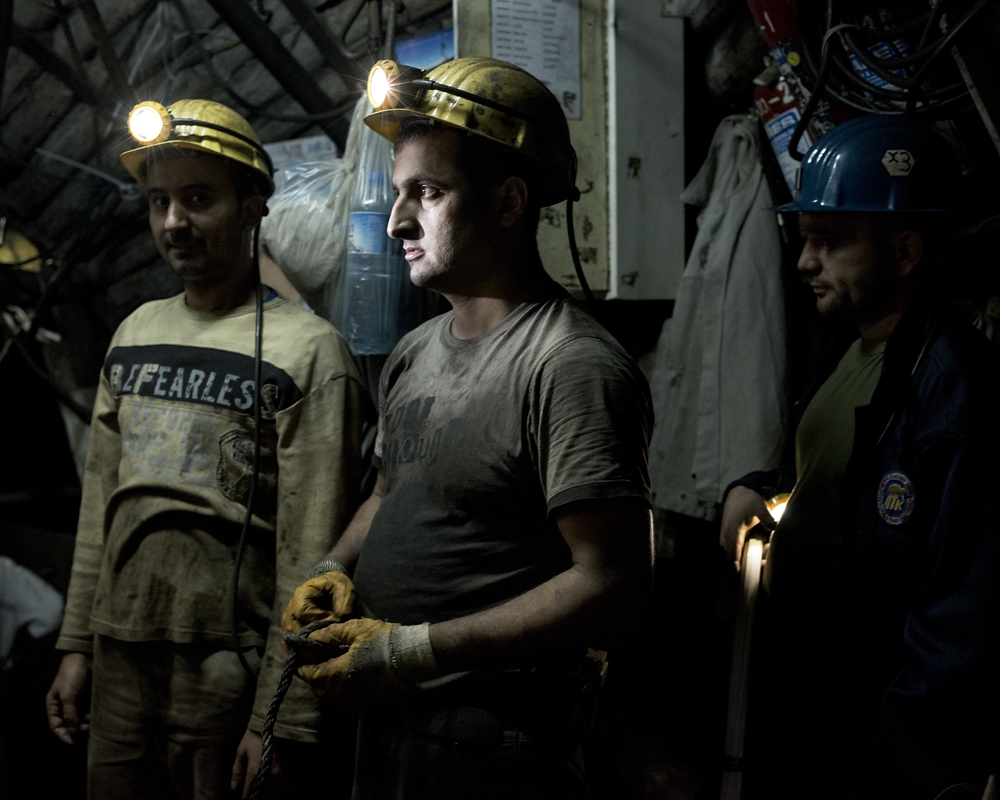 Miners prepare for their day under ground. 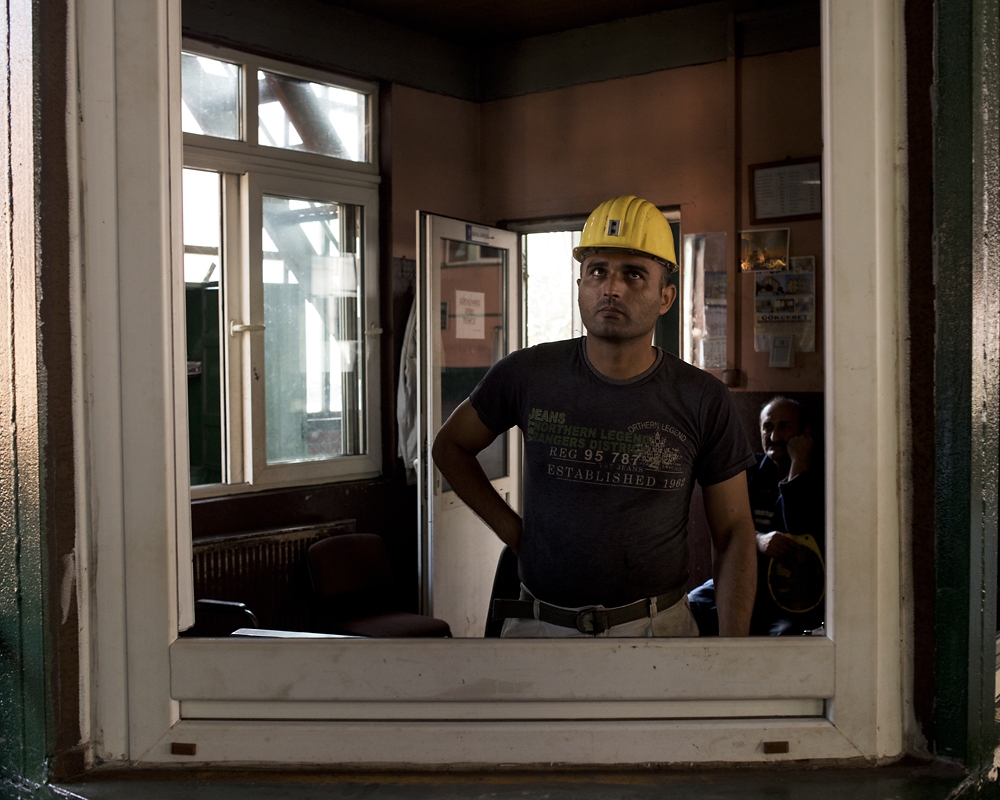 Lift operator Siami Birhan sends miners down and brings them back up at the end of the shift. 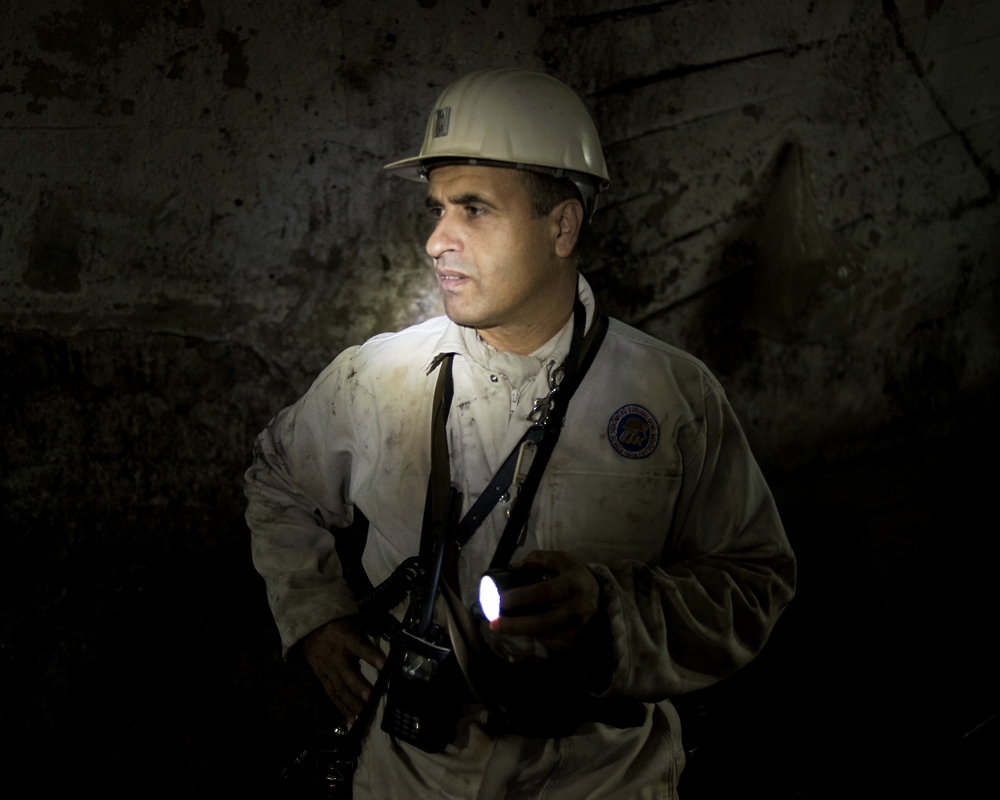 Manager Necdet Kiber Cebi, who has worked in coal for 28 years, is a fourth generation miner. 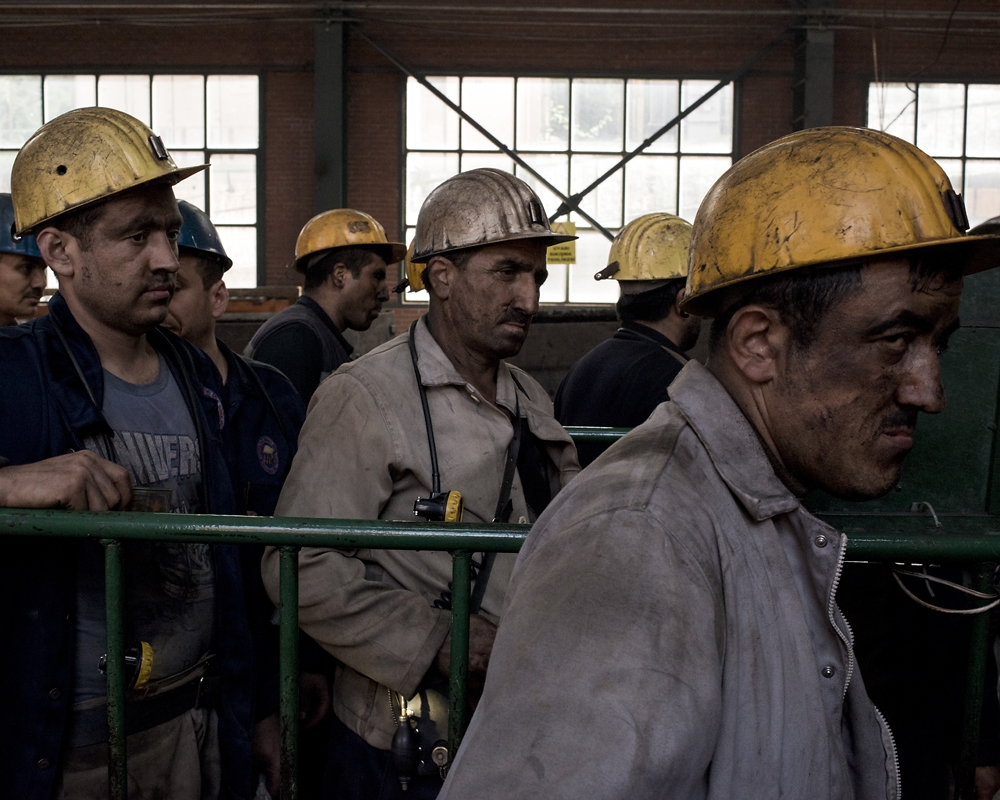 Miners clock out after a day of digging coal. 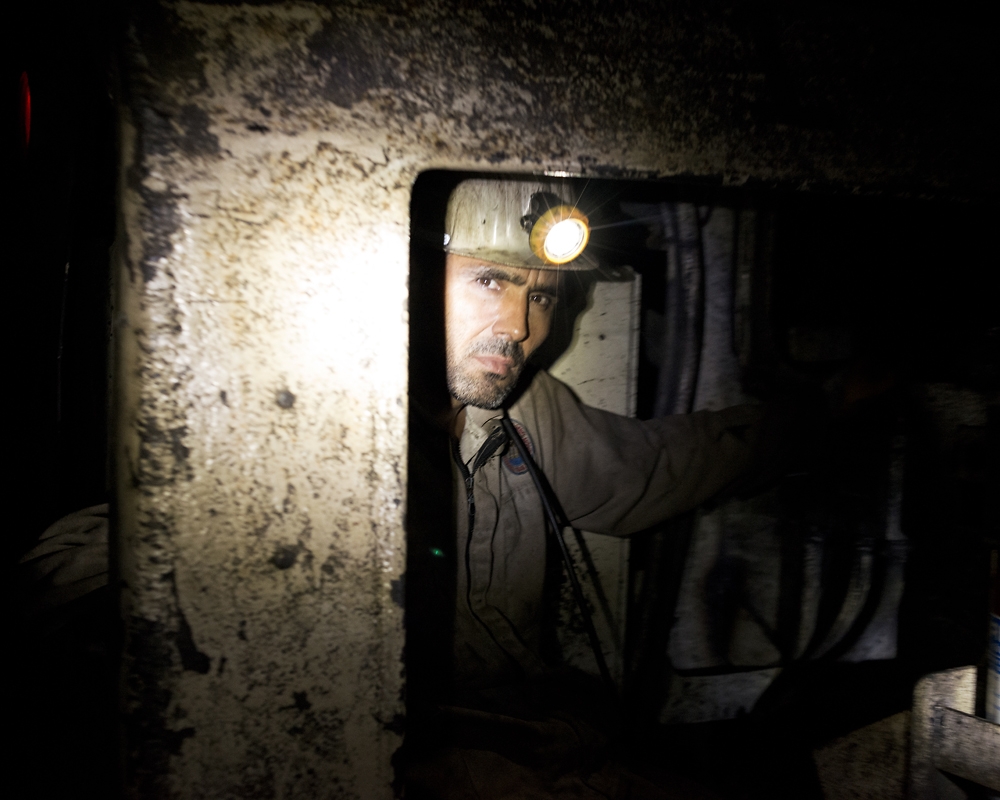 A worker rides along tracks in the depth of the mine. 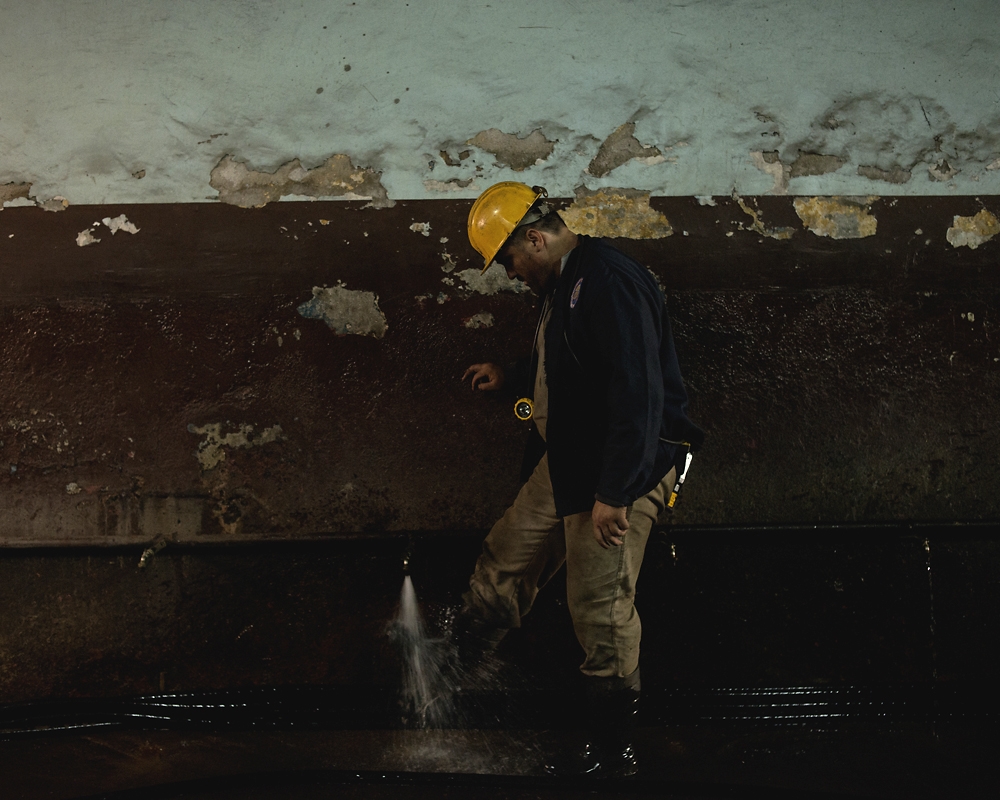 A miner washes off his dirty boots after a day of work. 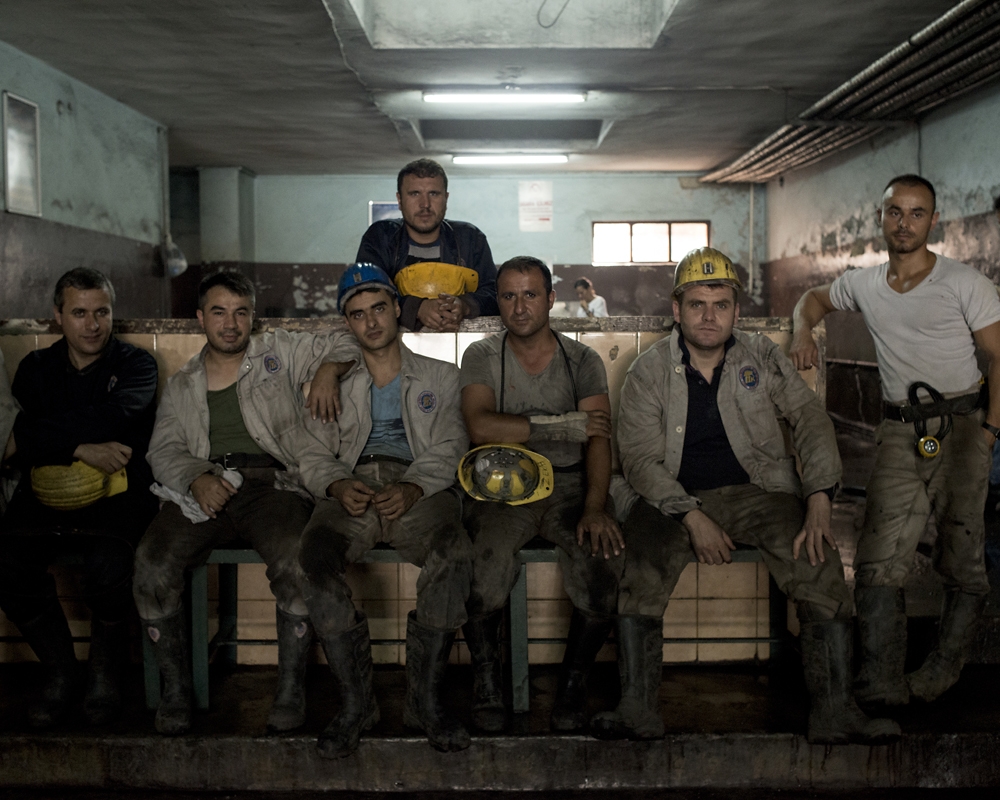 Even as one shift ends, more miners prepare to descend.
prev
next

Coal mining is among the more hazardous occupations in Turkey, underscored by a mishap earlier this year that claimed eight lives. But economic necessity is keeping the country reliant on coal, and pushing miners to risk their lives.

Nearly 2,000 feet beneath the surface of a mine in the Kozlu District of Turkey's northwestern Zonguldak Province, miners dig coal from a slit in the roof of a narrow tunnel where they are barely able to stand. It was in this same mine last January that eight miners died following a methane gas leak.

"They lost their lives. … They had no other options," said Necdet Çebi, a 52-year-old mine manager, referring to the dead miners. He keeps small photos of each gas-leak victim in his desk.

Although somber when discussing the tragedy, Çebi grew enthusiastic when descending into the enveloping darkness of the mine, which is operated by the state-owned Turkish Hard Coal Enterprise (TTK) and has an annual output capacity of 600,000 tons. Carrying a massive walkie-talkie and wearing a white scarf around his neck, Çebi said even his wife wondered why he continued in this line of work.

His answer echoed the sentiments of many other miners interviewed by EurasiaNet.org: a lack of other job opportunities put him in the mine, but he liked the job.

"Nature is the biggest challenge," said Çebi, who is a fourth-generation coal miner from Zonguldak, a province along Turkey's Black Sea coast where mining first began back in the 1800s. French companies built some of the early large-scale mining facilities around the end of World War I. Today, TTK owns five coal mines around Zonguldak and there are dozens of private and unofficial mining operations scattered throughout the province.

Turkey currently needs to expand its domestic energy production to meet the demands of its growing economy.  Under a government development plan covering the next decade, coal-fired power plants are slated to account for up to 10 percent of the country’s overall power-generating capacity, projected at 90,000 megawatts.
In Turkey, coal is mainly used for energy production and to melt iron and steel for Turkish companies such as Erdemir and Çelik. While it remains an integral part of the Turkish economy, the mining sector finds itself in a contradictory position: although deemed important for the future, it suffers from neglect. The state has recently introduced initiatives to raise production, yet seems reluctant to invest in modernization.

"After 1960 we didn't have serious investment in this region," Eyüp Alabaş, the Secretary-General of Zonguldak's Workers Union.

Privately owned entities, meanwhile, are cautious about the future of coal. Metin Demir, of Demir Group, which owns and operates a number of private mines around Zonguldak, said the main aim for his company is to maintain the current levels of coal production. Increased production is not envisioned. "Now we are only planning to protect the current economy," Demir said. "No one is making big new projects.”

The main challenge facing coal mining is a lack of workers, he said. Machines can't be used to mine the coal because of the rough terrain, and human labor is necessary. "Day by day people don't want to do such a risky, hard job," Demir said.

Alabaş agreed, saying the mines are not operating at capacity and the Turkish government should allot money for additional workers in state mines. "More workers for production," he said. "Production depends on physical strength. There is not so much automation."

Alabaş blasted the Turkish government's policy of buying the majority of coal used in the country from Colombia, the United States, Russia, and South Africa. However, according to the European Association for Coal and Lignite, most coal in Turkey is not suitable for energy production. Alabaş admitted that coal production in Turkey could only grow from about 2 million tons per year to about 10 million tons per year.

The lack of investment in Turkey's coal industry is embodied in the mildew and cobwebs found in the old locker room in the above ground facilities at the Kozlu mine. Underground, along rails that are used to transport carts of coal, there is only a poorly equipped first aid station and machinery repair depot. Water drips from the earthen ceilings, which at lower levels are barely held back by wooden planks.

The air pressure changed as Çebi walked deeper into the mine and the temperature rose. The miners aim for two thousand tons of coal per day, he said. If that target is not reached, they must compensate for it throughout the month.

Back above ground, Çebi said he hoped his children did not have to rely on coal mining, even if a family tradition was broken. Instead, he hoped they would become scientists or doctors.

"I want my children to live in better conditions," he said.

A miner nearby could not consider any other kind of life.

What was his favorite part of the job? "Every day we die and are reborn,” he said.