Turkey: What Price Will Ankara Pay for Downing Russian Fighter? 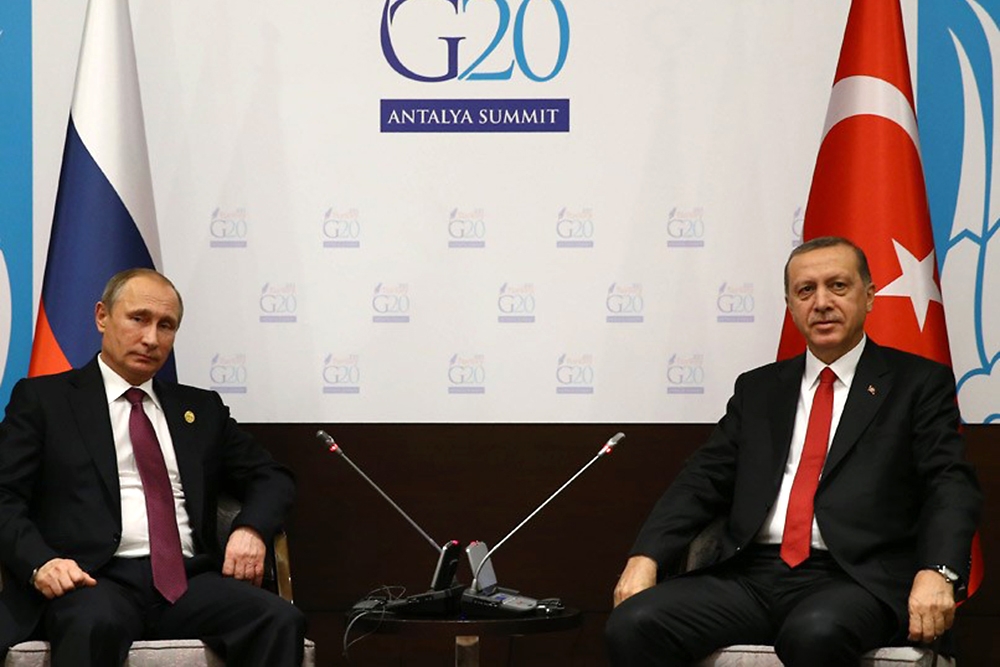 Three days after Turkey’s November 24 downing of a Russian fighter jet, Turkish leaders seem ready for Kremlin blowback. But analysts and officials in Ankara are less sure about how the incident will impact Turkey’s relations with its allies.

One Turkish analyst believes that the timing of the incident near the Turkish-Syrian border could exacerbate tension among Turkey’s allies in the North Atlantic Treaty Organization (NATO). Some NATO member states, especially France, had hoped to bring Russia fully into an anti-ISIS coalition in Syria. The fighter shoot-down greatly complicates such efforts.

“Behind the words of support and solidarity, I think they [other NATO members] are very unhappy with what happened,” said political scientist Cengiz Aktar of Istanbul’s Suleyman Şah University. “It jeopardizes the slowly building coalition between the West and Russia to counter the Islamic State.”

Such a coalition has caused unease among Turkey’s political leaders. Ankara and Moscow are on opposing sides in the Syrian civil war, a rivalry that has already soured their once close friendship.

Turkish President Recep Tayyip Erdoğan has made clear that the priority of his NATO allies should be the removal of the Syrian regime of Bashar al-Assad; those allies have their primary focus on ISIS.

Russian Foreign Minister Sergei Lavrov and other Russian officials have tried to frame the incident as a conspiracy, something that can be interpreted as an attempt to marginalize Ankara from other NATO members. Lavrov also has alleged that Turkey was helping Islamic State by purchasing oil from the jihadist group. State-controlled Russian media outlets have been quick to trumpet Lavrov’s claims.

“Turkey was transparent,” said Ülgen, a visiting scholar at the Carnegie Europe think-tank in Brussels. “Here, the responsibility lies squarely with Russia. Despite knowing full well the scope of Turkey’s rules of engagement, [it] nonetheless went ahead and tested Turkey’s resolve.”

Ankara has repeatedly accused Russian warplanes operating in Syria of violating its airspace and harassing its jets. NATO condemned such actions, but Ankara made little secret that it felt such support was less than enthusiastic.

“Turkey was ignored by all parties. Whatever Turkey said [about Russian planes’ violations of Turkish airspace] fell on deaf ears,” Bilhan explained. “Insensitivity by our Western allies prevailed and Turkey was offended.”

Domestic support for the Turkish government remains strong. Prime Minister Ahmet Davutoğlu on November 25 received a standing ovation in parliament after claiming to have authorized the attack.

But Turkey “will now pay a heavy price,” Ambassador Bilhan cautioned. “Russia has many tools in its hands to punish Turkey.”

Moscow is still calculating exactly what that price will be, but bilateral trade seems destined to be the first target.

On November 27, Moscow wheeled out one of its standard vehicles for geo-strategic disputes — a possible embargo on food imports, a tactic also used toward Western allies Georgia, Moldova and Ukraine. Food-monitoring agency Rossel’khoznadzor cited allegedly falsified export documentation and the “shaky” safety of Turkish goods.

On November 26, Prime Minister Dmitry Medvedev gave the government two days to come up with a response to the loss of the Su-24. Aside from transportation links, lucrative contracts with Turkish companies could be hit. A multi-billion dollar gas pipeline and the building of Turkey’s first nuclear power station also are seen at risk.

Citing terrorist concerns, Lavrov has already warned tourists to stay away from Turkey, and Russian tour agencies are obliging.

The likely damage “would be more than marginal, but not unmanageable,” Demir calculated. “That’s because Turkey has already been getting used to living with reduced exports to Russia” with the West’s 2014 imposition of sanctions for Russia’s activities in Ukraine.

Turkish exports to Russia have decreased by 53.6 percent since 2014 to 5.6 billion euros ($5.9 billion), according to data from the Turkish foreign ministry for the first nine months of this year. With a tighter economy, Russian vacation bookings also have declined.

“But energy imports [are] a different story,” Demir underlined.” Turkey imports 55 percent of its gas from Russia.”

Turkish experts are waiting to see if Moscow cuts off energy supplies. Many doubt that Russia would take such a step because the $10 billion that Ankara pays per year to the state-run Gazprom is seen as vital to Russia’s sanction-hit economy. At the same time, Moscow has on more than one occasion sacrificed its own economic concerns for strategic interests.

“If Russia was to cut back supplies, it would have a serious impact, but it depends how long the cuts would be,” warned economist Demir. Nearly all of Istanbul and the surrounding hinterland, where much of Turkish industry is based, depends almost solely on Russian gas.

A gas cut-off could meet with an equally tough response. “Turkey would be the major loser, but Russia would lose as well,” predicted retired ambassador Bilhan.