Turkey: When Erdoğan Looks at Egypt’s Morsi, Does He See Himself? 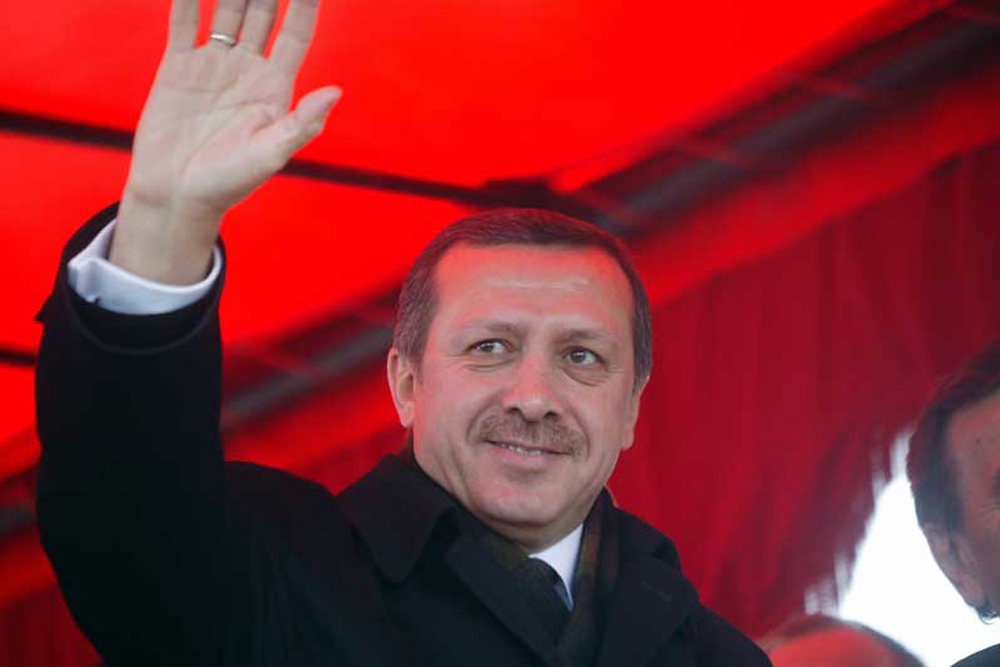 Turkish Prime Minister Recep Tayyip Erdoğan is critical of Egypt’s military for unseating the country's first democratically elected president, the Muslim-Brotherhood-backed Mohammed Morsi. At the same time, the July 3 coup in Egypt appears to be encouraging Erdoğan to maintain his own get-tough policies in Turkey, analysts say.

Turkey has experienced four military coups in recent history – in 1960, 1971, 1980 and 1997. Since coming to power in 2002, Erdoğan and his Islamist-rooted Justice and Development Party (AKP) have carried out a no-holds-barred campaign to bring the Turkish military to heel.

On August 5, a milestone in that battle occurred when a closed, special court sentenced 19 of 275 defendants, including former Armed Forces Chief of Staff General İlker Başbuğ, to life in prison for allegedly conspiring to unseat the AKP. The conspiracy was dubbed Ergenekon.

The Ergenekon trial, even though it was meant to advance democratic principles and deliver justice for past crimes by the military and other official structures, most likely “will perpetuate suspicions and divisions” among Turkish society, noted British journalist Andrew Finkel, a longtime Istanbul resident who has written extensively on Turkey.

Evidence for charging scores of those arrested, including journalists, was often scanty, making the trial often appear more of a device for stamping out dissent, critics say.

The coup in Egypt, combined with the Gezi Park protests in Turkey, presents Erdoğan with an opportunity to portray himself as a potential victim, a tactic he has used in the past to bolster his political position. "It obviously suits him to see himself under some kind of jeopardy, or some kind of threat," Finkel said.

While no concrete evidence exists that the prime minister or any government official directly interfered with the court’s Ergenekon verdicts, the Egyptian military’s actions seemed to make Erdoğan even more eager to enhance civilian control over the Turkish military, underlined Atilla Yeşilada, a political analyst with Istanbul's Global Source Partners.

On August 3, in an indication of how the Egyptian coup rattled the AKP, three members of Turkey's top military officers, Gen. Bekir Kalyoncu, Gen. Hayri Kıvrıkoğlu, and Naval Forces Commander Adm. Murat Bilgel, were forced to retire, Yeşilada noted. A fourth officer, Air Forces Commander Gen. Mehmet Erten, is expected to retire within six months, according to an article published by The Hürriyet Daily News.

Rumors that anti-government demonstrators are quietly organizing for fresh mass protests in September helped fuel Ankara’s desire, Yeşilada argued. "Egypt made Erdoğan remove the last few names that were even associated with Ergenekon,” he said, noting that retired officers worked closely with those found guilty.

The fact that the West’s response to the coup – in particular, from the United States, a close Turkish ally – has been relatively muted only further “plays into Erdoğan's fears," Yeşilada added.

That sense of unease was on plain display on August 5. Authorities refused to allow even family members of the defendants near the courthouse in Silivri, a town on the outskirts of Istanbul, when the verdicts were announced. Demonstrators who supported the defendants faced tear-gas, rubber bullets, and water canons as they faced off with riot police in an open field near the courthouse. Appeals of the sentences, which were read out amid yells and jeers, are expected.

With one eye on Egypt’s recent experience, the Turkish government is not likely to relax while that process continues. On the eve of the Ergenekon verdicts, Erdoğan emphasized to a crowd in Istanbul that “the national will” expressed via elections, rather than via the press, social media, capital markets or “terrorized streets,” will determine Turkey’s future, the official Anadolu news agency reported.

Turkey’s four military coups all occurred during periods of public unrest. Against that backdrop, memories of this June’s Gezi-Park protests, which led to the deaths of five people, have obliterated official tolerance for any fresh disturbances.

But while Erdogan’s tough rhetoric might benefit him among his mostly conservative, religious domestic base, his condemnations of the post-Morsi government appear to be damaging Egyptian-Turkish diplomatic ties deeply.

Turkey’s ambassador to Egypt, Hüseyin Avni Botsalı, was twice summoned to receive an official complaint about Ankara’s attempts to organize an international effort to return Morsi to power. Erdoğan himself was reportedly banned from transiting through Egypt to visit the Gaza Strip, one of his long-time goals. According to Turkish news reports, the Egyptian government warned him that he would not be well received in Egypt because of his support for the Muslim Brotherhood.

Unconfirmed rumors also persist that Turkish citizens will no longer be able to receive a visa upon arrival at certain Egyptian ports.

Meanwhile, fellow Sunni Gulf countries, such as Saudi Arabia and the United Arab Emirates, which vehemently oppose the Muslim Brotherhood, are looking askance at Turkey’s vocal insistence that Morsi return to power. "They appear to have painted themselves into something of a corner," Finkel said of Ankara.

But for the prime minister, this matters little. “Turkey suffered a lot from military coups. We paid the price, and we want that our brothers don’t have to pay this [price],” Erdoğan said on August 6 in reference to Egypt.