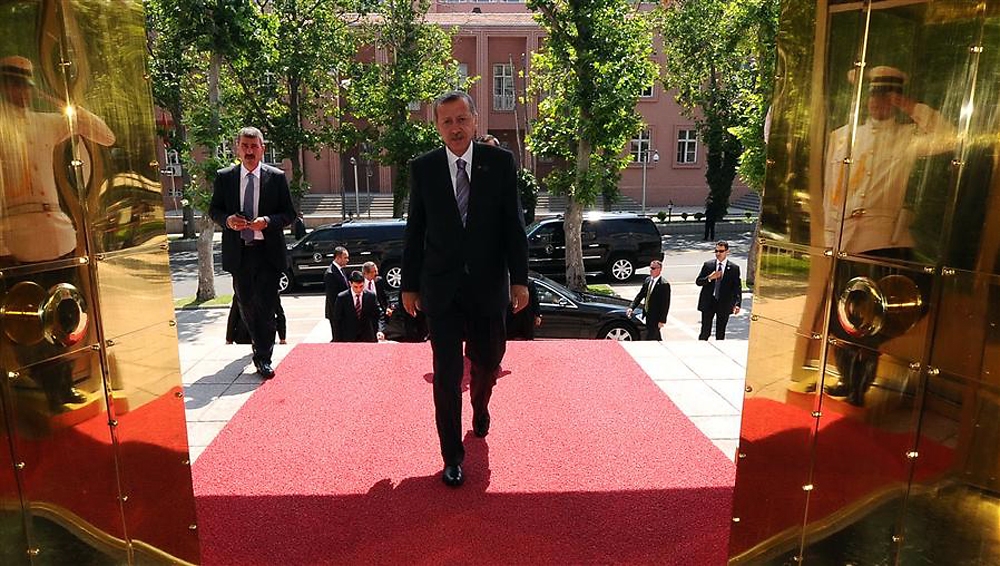 Few Turks disagree that the late July resignations of Turkey's armed forces chiefs handed Prime Minister Recep Tayyip Erdoğan a decisive political victory over the military. But now that the generals have lost much of their political influence, some observers are wondering whether sufficient checks remain on Erdoğan’s authority.

Buoyed by a thriving economy and repeated electoral success -- Erdoğan’s ruling Justice and Development Party (AKP) secured 50 percent of the vote in June’s parliamentary election -- the prime minister appears to have “the Midas touch.” Therein may lie the problem, these observers suggest.

"This overconfidence, this feeling of strength, gives Prime Minister Erdoğan all the rights about everything and everybody. We are going the way of power politics," said Cengiz Aktar, a political scientist at Istanbul's Bahcesehir Univerisity. "This way of approaching [important] issues won't help to bring about any lasting solutions."

The government’s confidence extends to foreign policy. Recently, for example, Erdoğan issued an ultimatum to the European Union, threatening to freeze relations if his demands over the divided island of Cyprus are not met.

Concerns about executive hubris are highest, though, when it comes to the domestic policy arena. Critics claim that the 2010 constitutional referendum, which gave a voice to parliament and the president in the nomination of Constitutional Court judges, could serve to bring the judiciary system under greater political control.

There is also an increasing crackdown on student dissent. On July 27, prosecutors demanded prison sentences ranging from one and four years for 13 Ankara students who threw eggs at a minister visiting their university. Three other students face eight to 15 years in prison on the charge of "terrorist propaganda" after they unfurled a banner demanding free education at a public meeting with Prime Minister Erdoğan last year.

In addition, dozens of Kurdish students have been detained under the country's anti- terror law as part of a wider crackdown on the legal Kurdish rights movement, which has resulted in the imprisonment of hundreds of people, including 11 mayors. Prosecutors claim they are linked to the banned Kurdistan Workers’ Party, a rebel group.

Perhaps the biggest area of worry is freedom of speech. The introduction of mandatory filtering of websites later this year has sparked fears of further crackdowns. Some journalists, academics and human rights activists are now asking whether Erdoğan has become Turkey's version of Russian Prime Minister Vladimir Putin, a figure not known for tolerating dissent.

The government dismisses such criticism, and says that freedom of expression is improving. "We have already made a lot of changes. Things are better today," Minister for European Union Affairs Ergemen Bağiş told foreign reporters, citing an amendment to the penal code that requires the Ministry of Justice’s permission for prosecutions of those suspected of insulting the Turkish state. Bağiş also claimed that most of those reporters now facing prosecution are being investigated for activities not related to journalism.

Yasmin Congar, deputy editor of the pro-government Turkish daily Taraf, seconds the view that the government is respectful of political boundaries; he believes powerful checks remain on the prime minister's power.

"Whenever he shows his authoritarian face, whenever he does something that does not necessarily obey the very clear rules of democracy, there is … a very strong sense of criticism in the country and it is outspoken,” Congar said about Erdoğan’s recent political behavior. "I don’t see Turkey going the authoritarian way at all. Turkey is not going to be another Russia."

Questions remain about the strength of those checks. The country’s mass media landscape has expanded and become more diverse during the AKP’s tenure in power. At the same time, media outlets of late have been hit by lawsuits, multi-billion-lira tax investigations and arrests, including for alleged involvement in a suspected military coup to overthrow the government.

In its 2010 worldwide index on press freedom, international media watchdog Reporters Without Borders downgraded Turkey 15 places to 138th place out of 178 countries surveyed, between Singapore and Ethiopia. Currently, over 60 journalists are in jail under Turkey's anti-terror laws, according to The Freedom for Journalists Platform, a group of 24 Turkish media organizations.

"[The government is] totally against any kind of criticism, [authorities] are employing all sorts of pressures on media, directly and indirectly," argued Nuray Mert, a political columnist for the Turkish daily Milliyet, owned by Doğan Media Holding, a company strongly critical of the government. Back in 2009, Doğan Media was fined 4.2 billion lira (about $2.4 billion) in unpaid taxes after one of its newspapers alleged an indirect link between the AKP and expropriated charity funds. The prime minister denied any political connection to the tax case.

"In this picture, I can’t see any hope [for a] better or more advanced democracy at the end of this struggle,” Mert continued. “But rather there are prospects of replacing one kind of authoritarian political culture with another."

The United States and European Union have echoed concerns about freedom of expression in Turkey. During her recent visit to Turkey, US Secretary of State Hilary Rodham Clinton noted that "Turkey's upcoming constitutional reform process presents an opportunity to address concerns about recent restrictions, which I heard about from young Turks, about freedom of expression and religion, to bolster the protection for minority rights.”

In a July 30 television address, Erdoğan reaffirmed his promise to replace the country's constitution, which was written by its military rulers in 1982. "The new constitution should be drafted with the largest participation possible, and should be a consensus that will meet the demands of the whole society, and that it should be democratic and liberal without shortcomings,” he asserted.

The reform process is expected to start in earnest when parliament returns from its summer recess on October 1. Honoring that commitment could provide a litmus test for the prime minister concerning the way he will use his authority in the coming months and years.