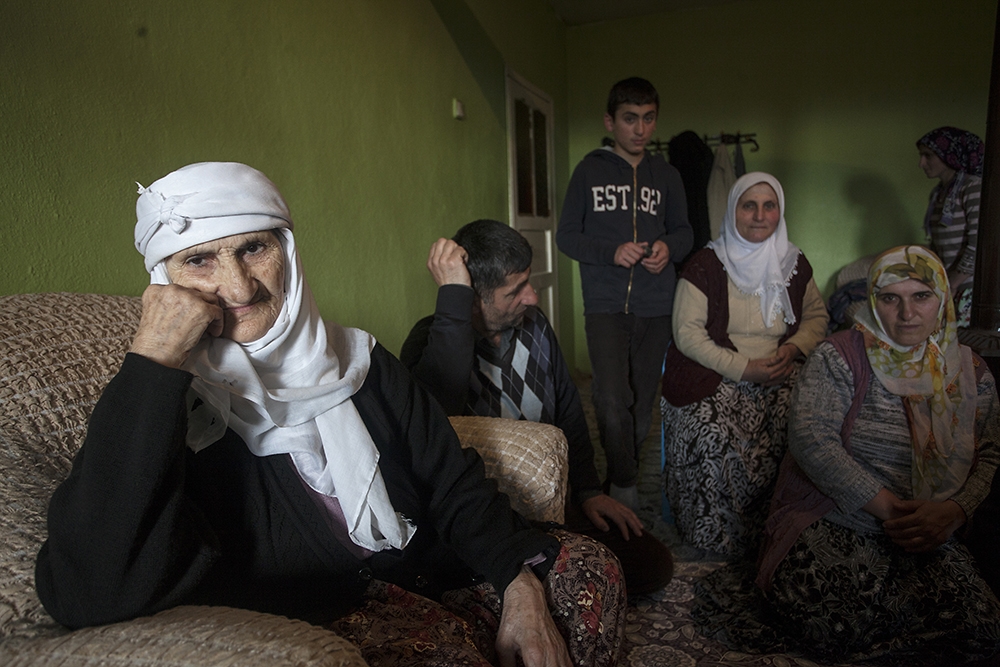 Five years ago, 53-year-old freelance columnist Miran Pirgiç, a resident of the eastern Turkish region of Tunceli, decided to disclose a tightly held secret — his Armenian ethnicity. Increasingly, scores of ethnic Armenians whose ancestors survived the 1915 massacre and were raised as Turks, Kurds or Alevis are choosing to do the same.

For decades, fearing repercussions, many of Turkey’s ethnic Armenians have kept themselves concealed; observing religious rituals and Armenian customs such as coloring eggs for Easter privately, if at all. But the 2007 assassination of ethnic Armenian journalist Hrant Dink, an outspoken, Istanbul-based advocate for reconciliation between Turks and Armenians, proved a catalyst for change.

“Hiding was no longer an option. The sense of injustice was choking me,” said Pirgiç, who traveled to Armenia recently as part of a group from Tunceli, known to Armenians as Dersim.

After an Istanbul court authorized his name-change from the Turkish Selahattin Gultekin, Pirgiç, whose name means “savior” in Armenian, converted to Christianity and went on to found the Union of Dersim Armenians, a regional group for raising awareness about Turkey’s Armenian community. Within several months it had enrolled a few hundred members.

But despite growing tolerance within Turkish society for its tiny remaining Armenian minority, such choices are not simple. Ironically, many of the obstacles come from an unexpected source — the Istanbul patriarchate of the Armenian Apostolic Church.

In 301, Armenia became the first country in the world to adopt Christianity as a state religion. To this day, Armenian communities usually view membership in the Armenian Apostolic Church, part of the so-called Oriental Orthodox branch of Christianity, as synonymous with a person’s Armenian heritage.

But for those ethnic Armenians who were raised as Muslim Alevis, Kurds or Turks, and had no previous knowledge of their background or kept it hidden, the change is not straightforward.

Faith alone is not enough to join the Armenian Apostolic Church. To perform baptisms, the Istanbul Armenian Patriarchate, which represents the Church in Turkey, requires that non-Church-members take part in a six-month-long training course in Istanbul on Christianity, be able to speak Armenian and present “proof of Armenian identity,” noted Erol Saltik, an ethnic Armenian who heads the Union of 38 Mayors of Dersim, a group of local Alevi mayors.

Finding documents that would prove these individuals’ ethnic identity is challenging, and, in some cases, impossible.

Researchers claim that period-documents about the killings and deportations of ethnic Armenians in southeastern Turkey indicate that local Turkish, Kurdish and Alevi families took in thousands of ethnic Armenian children, but raised them without any reference to their background.

“There are many Armenians in Dersim who are unaware of their ethnicity,” claimed Pirgiç.

Apart from graves, oral narratives passed down from older generations are often the strongest proof of an Armenian family-history.

Language is another obstacle. Many of Turkey’s ethnic Armenians have had no exposure to Armenian before, and speak only Turkish, or Turkish and Kurdish.

As do other Armenians, Ara Papian, a former Armenian ambassador to Canada now active in promoting awareness of the events of 1915, questions the rationale behind the Patriarchate’s requirements.

“The requirement of proof of identity and knowledge of the Armenian language make no sense,” scoffed Papian, whose organization, Modus Vivendi, has conducted Armenian-language lessons in Tunceli. “Children born in half of the Armenian families in Russia do not speak Armenian, yet nobody requires a language test for them to be baptized in church.”

The Patriarchate refused to comment to EurasiaNet.org by phone and did not respond to a written request for elaboration about its requirements for Muslim Armenians who wish to convert to Christianity.

In a March 20 interview with the news site Hetq.am, however, Archbishop Aram Ateshian, the acting head of the Istanbul Armenian Patriarchate, objected that Muslim Armenians in Turkey “want to become a member of the Armenian Church but, on the other hand, to show that they are Muslim. They want the flexibility to use both variants.”

Many Turkey-born Armenians cannot accept this explanation. “The Patriarchate is simply trying to justify its actions,” charged Pirgiç. “It’s not easy for people living very far from Istanbul, from rural areas, to leave their job, farms, gardens for six months” to take part in the Patriarchate’s training course.

A representative of the Armenian Apostolic Church’s central press office commented, however, that the Church in Armenia only requires an identity card for baptisms of ethnic Armenians from Turkey. Within Armenia itself, Armenians generally welcome such conversions.

But conversions to Christianity are not the only obstacle Muslim-born Armenians from Turkey face.

“It is very difficult to change a name in Turkey,” commented Ali Sunar, a man of Armenian descent from the Tunceli village of Mazgirt. “The court must deliberate [for a long time] and decide what reason would be sufficient to allow a change of name.”

In Pirgiç’s case, documents from his grandfathers proved that he was an ethnic Armenian.

Yet despite the difficulties, those ethnic Armenians who have gone public about their background are determined to persevere.

After his own baptism a few months ago, 42-year-old Zeki-Armenak Sarijan began working with his friends on a project to restore Tunceli region’s Armenian churches, most of which are half-ruined.

“This is an important step for us. We were unable to preserve either our identity or our heritage, and now is the time for that,” said Sarijan, who was baptized with the Armenian name Armenak.

Nonetheless, the desire for broader acceptance within the Armenian Apostolic Church lives on.

“We have made our identity public. And now Istanbul’s Armenian Patriarchate and Etchmiadzin’s Catholicos [Karekin II] need to accept us as Armenians,” said Pirgiç.