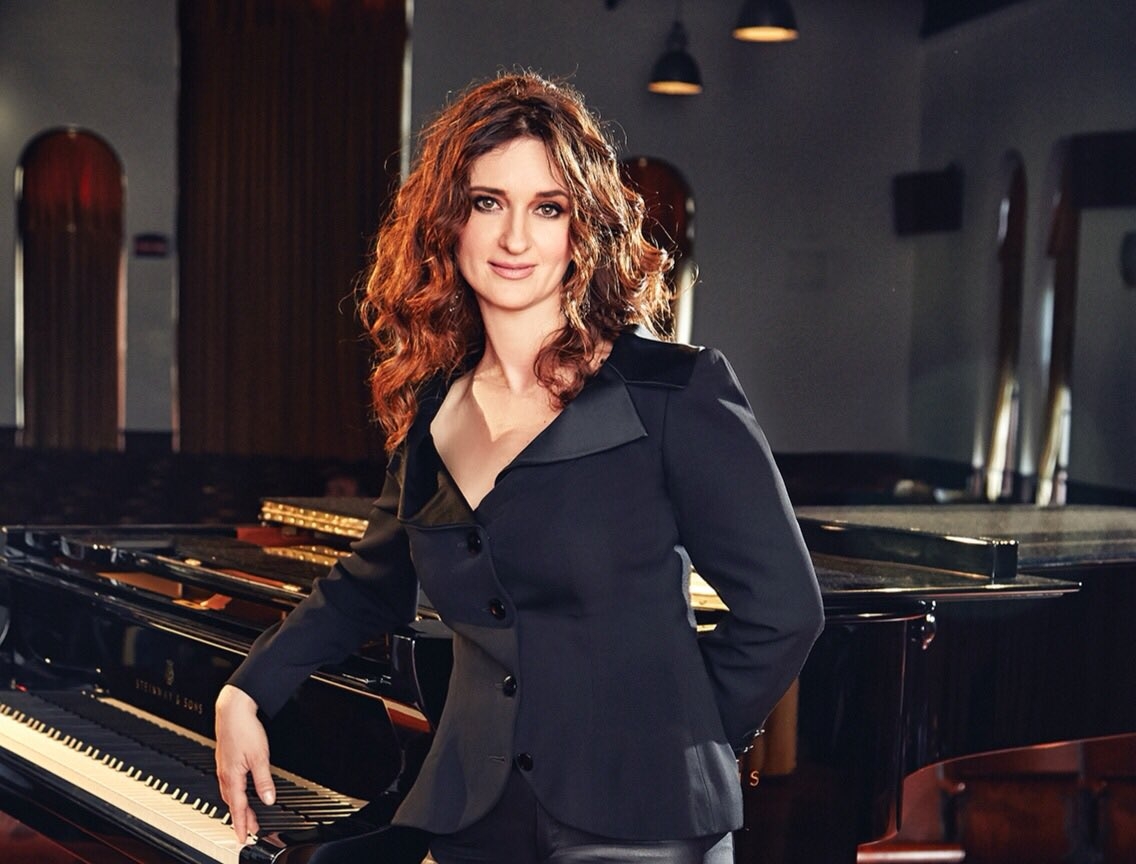 Winters in the early 1970s were severe in central Kazakhstan. As the snow piled high, the icy clime burned white into Anjelika Akbar’s earliest memories. She had what she remembers as “extreme reactions” to the constant music in her family’s home in Karaganda.

Later, the girl was diagnosed with synesthesia, a rare condition – often described as seeing sound or hearing images – experienced by gifted minds such as Vladimir Nabokov and Israeli musician Michal Levy. As an infant listening to melody, she saw moving geometries of color. Her children’s picture books erupted with spectrums of harmonious sound.

When she was only a couple of months old, her parents brought their piano to her bedside.

“I didn’t even know how to walk at this age, but every time I stood up in my bed, the piano was right there in front of me,” Akbar, who was born Anjelika Timchenko in 1969 and is today regarded as a master of classical fusion in Turkey, told Eurasianet recently.

At age two, she learned notation from her mother, Galina Rosenbaum, a choir conductor and classically trained pianist who taught music to hundreds of children. Her father Stanislav Timchenko, a philosophy professor, also conducted a choir. By age 10 the girl was composing music.

That year she entered the Tashkent branch of the Moscow State Conservatory, where the legendary Boris Zeidman, who had taught Dmitri Shostakovich and M.O. Steinberg, was in residence.

Although students her age were not allowed to study composition, Zeidman took Akbar under his wing. “Zeidman introduced me to myself and gave me the tools to express my soul, and I am very grateful to him for that,” she later told Russian Art and Culture, an online magazine.

Akbar’s family felt at home among Tashkent’s universities, concert halls, institutes and intelligentsia. Artists from across the USSR, including composers, conductors and architects had settled in the capital of Soviet Uzbekistan during World War II, far from the frontlines.

Akbar was initially influenced by J.S. Bach, Beethoven, Prokofiev and German-Soviet composer Alfred Schnittke. Soon after, her ear ventured into the serial and atonal music of Schoenberg and others. She dedicated her 2011 album “Likafoni” to these early influences.

While still a teenager, Akbar earned one of the highest honors for a composer in the Soviet Union: membership in the Union of Soviet Composers.

“To become a member, it was not enough for a composer to have many compositions. The quality of these compositions had to be at the highest level,” she recalled. “Receiving the title of the most talented young composer of the USSR by such a giant organization was a very different experience, and surprising for a relatively small girl. I think I was 17.”

Doğu Fantazisi, from her album “Turkey in Me” (İçimdeki Türkiyem), highlights some of these influences:

In 1990, a pregnant, 21-year-old Akbar arrived in Turkey with her husband on a UNESCO film project. The Soviet Union had not yet broken up. As she was about to leave Turkey, a doctor dissuaded her from traveling. Soon after giving birth to her son in Istanbul, the USSR dissolved. She had already fallen in love with Turkey. Her book “Turkey in Me,” published in 2010, recounts her experiences as a stateless immigrant with her young family. She also describes how the ney flute of Süleyman Erguner first drew her to traditional Turkish music and ushered her into a lifelong musical relationship.

Erguner and Akbar soon collaborated. At Istanbul’s Cemal Reşit Rey Concert Hall in 2000, they improvised unrehearsed for 45 minutes. The experiment fooled their producer, who complimented their arrangement only to realize later that it was all impromptu. It also cemented Akbar’s career as a crossover recording artist in Istanbul.

After settling in Turkey, Akbar divorced and chose a new surname, eventually settling on Akbar after a 16th century Timurid prince, Akbar Shah, who was famous for patronizing Indo-Persian arts and multiculturalism in the Mughal Empire.

She earned graduate degrees in composition and conducting at the Hacettepe State Conservatory in Ankara, winning plaudits for synthesizing Turkish music with the Western canon on her 2003 album “Bach A L’Orientale.”

Akbar helped popularize classical music in Turkey, said pianist Renan Koen, who recalled the album’s launch. “There was a remarkable crowd, many people came to listen to her. Mrs. Abkar has such unique timber to her music,” Koen said. “She reached many people and gave them an opportunity to know Bach.”

What is perhaps her most beloved original composition, “Love,” appeared on her 2009 album “Raindrops.” The arrangement features Burcu Karadağ on the ney, offering listeners a distinctive affirmation of Akbar’s appreciation for Turkish folk music.

“She doesn’t do anything that doesn’t come from the heart,” Koen said. “This complete honesty impresses me very much. Her recordings and compositions are unique examples of a contemporary approach to the music.”

Akbar’s song “Horizon of the Sun” on 2014’s “Turkey in Me,” was inspired by Ataturk, the early 20th century founder of modern Turkey, whose ubiquitous portrait enchanted her before she could speak Turkish.

Akbar admits her education was initially intolerant to non-classical styles. But she now believes she is composing for a borderless world.

“I think being born with different cultural backgrounds very positively affects your personality, your view of life and your character,” she told Eurasianet. “Tolerance, goodwill – you are actually closer to elements that broaden your heart.”

Matt A. Hanson is a freelance journalist and art writer based in Istanbul.