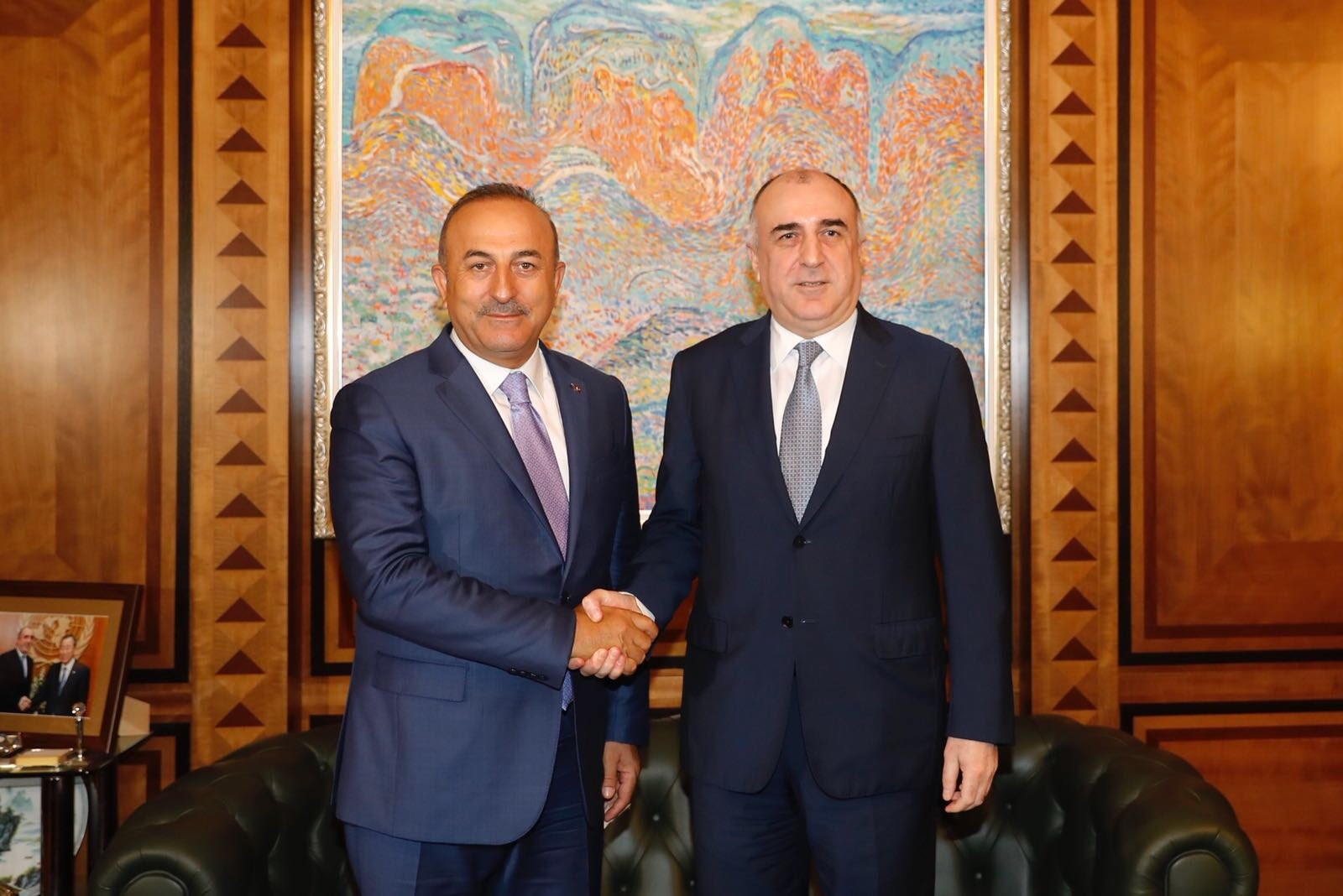 Erdoğan also made his first overseas visit to Baku on July 10, a day after swearing in, where he thanked Azerbaijan President Ilham Aliyev for his support in Turkey’s fight against a religious movement headed by the cleric Fethullah Gülen. Erdoğan blames the 77-year-old Gülen for masterminding an abortive military coup that failed to topple him in 2016. Gülen, who lives in self-imposed exile in the United States, denies involvement.

Turkish and Azerbaijani media reports offered scant details on Cavuşoğlu’s July 24 talks with Azerbaijani Prime Minister Novruz Memmedov, but the two had been expected to discuss the crackdown on Gülen followers who still live in Azerbaijan, including Turkey’s controversial practice of capturing suspected Gülen movement members on foreign soil.

“Some countries were slow on this issue [of cracking down on Gülenists], and the Gülen movement succeeded in infiltrating them,” Cavuşoğlu said during the visit, the website haqqin.az reported. “But Azerbaijan took timely measures. Turkey will continue to provide support to Azerbaijan in its fight with the Gülen movement.”

Earlier in the month, Azerbaijan handed over a man thought to be a senior figure in the Gülen movement to Turkish intelligence officers, Turkish media reported. The newspaper Hürriyet described İsa Özdemir as a financier for the Gülen movement who ran a “shell company” in the construction sector in Azerbaijan, but it did not elaborate further on what he is accused of doing.

The Turkish government has used rendition to capture opponents, mostly Gülen followers, overseas, sparking condemnation from the European Union, which has also accused Turkey of “abusing” International Criminal Police Organization, or Interpol, procedures. Turkey has used Interpol’s Red Notices to request the provisional arrest of suspects for extradition from European countries for some 2,000 coup suspects.

Following Özdemir’s capture, Azerbaijan’s ambassador to Ankara, Khazar Ibrahim, told the newspaper Daily Sabah: “Those who committed crimes are immediately captured and extradited. In all such cases, FETÖ members committing a crime will be immediately returned to Turkey." FETÖ is the Turkish government’s abbreviation for the group, which it classifies as a terrorist organization.

Gülenists had been especially active in Azerbaijan, where they opened elite schools and ran businesses soon after Azerbaijan declared independence from the Soviet Union in 1991. At the time, Gülen enjoyed the support of the Turkish government and his schools were a key soft-power tool for projecting Turkish influence across the Caucasus and Central Asia.

The Gülen movement’s clout only grew when Erdoğan first took power in 2003; his followers worked closely with the ruling party to exert control over the Turkish bureaucracy and security forces. The two men began to turn on each other at the beginning of this decade, and following the coup attempt, the government has sacked more than 150,000 people from state jobs for alleged links to the movement, jailing almost 80,000 more. Turkey has also revoked thousands of passports.

It has become a tradition for Turkish leaders to make their first visits to Azerbaijan (as well as the self-declared Turkish Cypriot state) following an election. Azerbaijan and Turkey enjoy close cultural ties and Azerbaijan supplies about 12 percent of Turkey’s hydrocarbon needs.

Azerbaijan has delivered on pledges to Turkey to clamp down on the Gülen movement on its soil. In addition to ejecting suspected followers, it has shut down Gülen-affiliated media outlets and forced schools to sever their links with the network.

Turkey has successfully pressured dozens of other countries to close or seize schools run by the adherents of the Gülen movement.

Gülen tops Turkey’s most-wanted list, but Ankara has failed to persuade the U.S. to turn him over. American officials have repeatedly said Turkey has failed to meet the high evidentiary standard for extradition.

Frustrated with the slow pace of extradition in Western countries, Turkey has turned to forced repatriation in other countries to bring suspected putschists to justice. In April, Erdoğan said Turkey had captured more than 80 members of the Gülen movement and ferried them back to Turkey. “We will chase them no matter where they flee,” he said at the time.

But the renditions can carry a political cost. In March, Turkey captured six alleged Gülen followers in Kosovo, sparking a political crisis in the Balkan country. Kosovo Prime Minister Ramush Haradinaj said he had not been informed of the operation and sacked his interior minister and the head of the secret service.

The European Union said the forced repatriation raised questions about both Turkey and Kosovo’s respect for the rule of law.