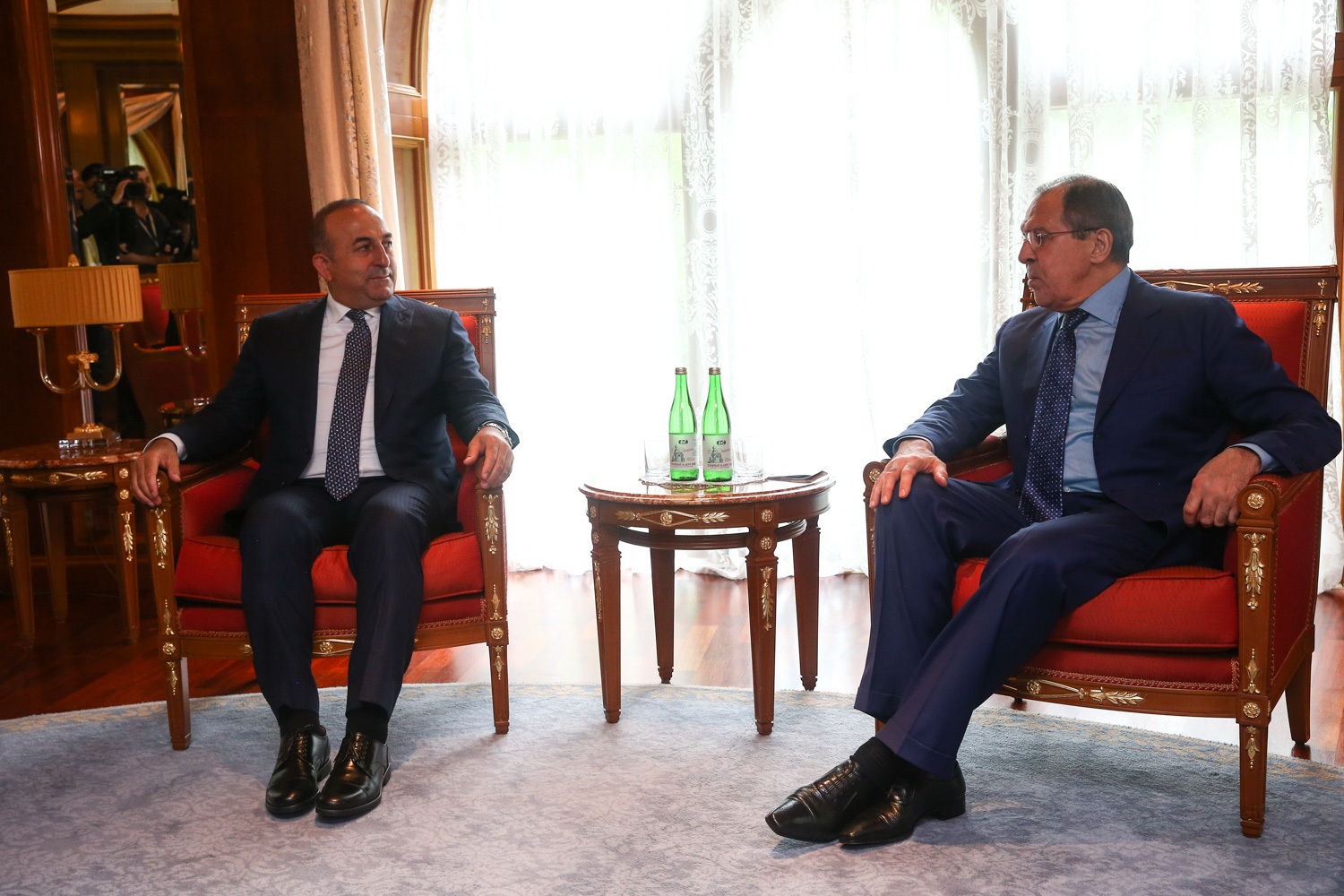 Turkey's foreign minister floated a proposal to let Russia use a key air base for a joint fight against ISIS in Syria. He later qualified the offer, but it nevertheless was a measure of how rapidly Turkey's foreign policy, in particular its relationship to Russia, is changing.

On Monday, Foreign Minister Mevlut Cavusoglu told state broadcaster TRT that Turkey would cooperate with"“everybody who is fighting Islamic State," adding: "Ankara has opened the Incirlik airbase to all those wishing to join the active fight. Why not cooperate with Russia in the same manner?”

Those remarks caused a minor furor in Turkey and Russia, given what until just a few days ago was a dangerous level of tension between the two states caused by Turkey's shooting down last year of a Russian plane on the Turkey-Syria border.

Cavusoglu was forced to clarify: "We said that we could cooperate with Russia in the period ahead in the fight against Daesh ...I did not make any comment referring to Russian planes coming to the Incirlik Air Base."

Not everyone was convinced by that denial. "I think officials in Ankara wanted to see the possible reactions about Incirlik issue," said Mehmet Fatih Öztarsu, an analyst who follows Turkish relations with the post-Soviet world. "Even pro-governmental media published the same speech but a few hours later [Cavusoglu] denied it. It was an attempt to understand domestic and international balance," Öztarsu said in an email interview with The Bug Pit. He added that while Russia's use of Incirlik -- a key hub for NATO allies including the United States -- was unlikely, some form of military cooperation could be expected to develop between Turkey and Russia.

Kremin spokesman Dmitry Peskov called Cavusoglu's initial offer "an important statement" but said that he wasn't aware of any negotiations on the use of Incirlik.

A Russian analyst interviewed by TASS agreed that Cavusoglu's offer was likely a trial balloon, and that it was probably shot down by Washington and Brussels. "If the Russian Air Force really got permission to use the Incirlik base for carrying out attacks against ISIS, that would be a historic breakthrough, would mean a de facto creation of a military alliance between the U.S., NATO, and Russia," said Aleksey Arbatov, the head of the Center for International Security at the Russian diplomatic university IMEMO. "This would change all of global politics. But it's too good to be true."

Even before Turkey shot down the Russian plane, relations between the two countries were tense because of their differing strategic goals in Syria: Turkey saw ISIS as a potentially useful wedge against its real foe, President Bashar al-Assad, while Russia has been trying to prop up Assad in its fight against ISIS. It's not clear how much Ankara's strategic calculus has changed, but the huge attack last week against Istanbul's Ataturk airport -- apparently carried out by several ISIS members with Russian origins -- would seem likely to harden Turkey's approach to ISIS.

"It may be that IS chose suicide bombers from these nationalities to send a message to Ankara not to join Russia’s alliance with the regime in Damascus against them," wrote analysts from the International Crisis Group in an analysis published Monday (and apparently prepared before Cavusoglu's remarks). "But given Turkey’s feud with Syrian President Bashar al-Assad, that would be a long shot. Privately, officials are signalling that Ankara’s hard line against Assad may be changing, but this will be limited and not go so far as allying itself with Russia."

This all comes at a particularly interesting time for NATO, which is holding a summit later this week in Warsaw. Just two months ago Turkish President Recep Tayyip Erdogan appeared concerned enough about Russia to overturn decades of Turkish policy in the Black Sea, backing the creation of some sort of joint NATO Black Sea fleet. And now he's (sort of) offering Russia the use of its air base. We'll see what kind of wrench this throws into NATO's works.