Political leaders on both sides of the border appear interested in restoring ties after nearly three decades. Kars, on Turkey’s northeastern frontier, has much to gain. 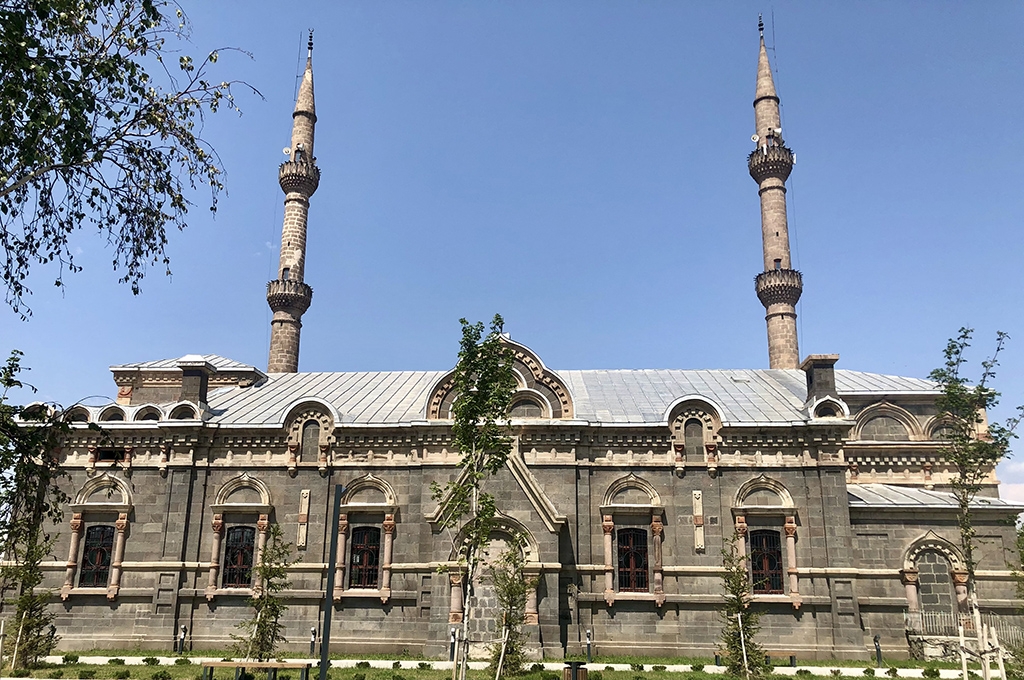 The Fethiye Mosque was originally the Alexander Nevsky Church, built by the Russians in 1885. (photos by Paul Benjamin Osterlund)

Kars, in the far northeastern corner of Turkey, lies a mere 30 miles from Armenia. But border crossings between the two countries have been closed since 1993 because of the first war between Armenia and Azerbaijan, Turkey’s main ally in the Caucasus.

The closure struck a massive blow to the economy of Kars, which is largely agricultural and which had been a major exporter to Armenia. Meanwhile, one of the region’s most spectacular historic sites is the ancient Armenian city of Ani, just on the Turkish side of the border.

With no open border, visitors from Armenia must take a circuitous route via Georgia to reach the site rather than what would be just a short drive via Yerevan or Gyumri.

But the end of the second war between Armenia and Azerbaijan last fall has again raised prospects that the Armenia-Turkey border may finally be reopened. Turkish President Recep Tayyip Erdoğan recently told foreign ambassadors in Turkey: “After the recent Karabakh war, new opportunities have been created for progress in that direction,” he said, referring to the prospects of restoring relations with Armenia. “We have already stated that if Armenia responds positively to these opportunities, we will take the necessary steps.”

There also is renewed interest in Yerevan in opening the border, as part of a general push to “unblock” the many closed transportation routes in the Caucasus. “We were in the past also ready to improve relations with Turkey without any precondition, and we are now ready too to create a mutual confidence between Ankara and Yerevan and continue our relations without preconditions,” Pashinyan said in an August 18 interview.

While much diplomatic work has to be done to actually reopen the border, the prospect has been eagerly welcomed by the people of Kars, this city of 120,000 with an eventful and unique history. 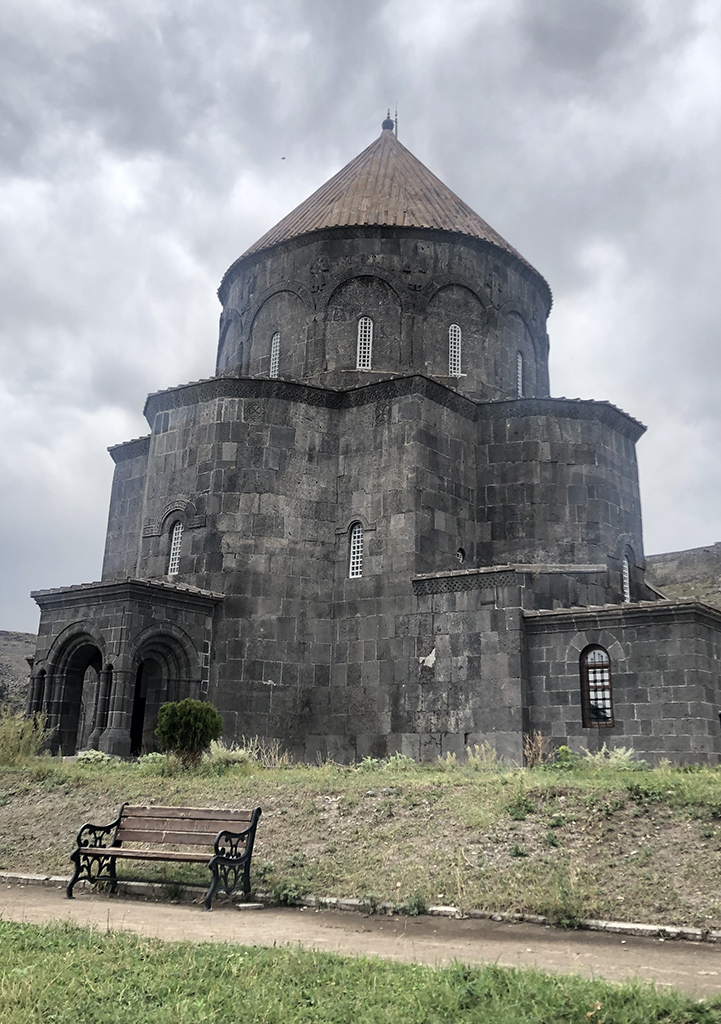 Its central streets are lined with dozens of elegant ashy-black stone buildings, built by the Russian empire when it ruled the area as the Kars Oblast in the late 19th and early 20th centuries. Just beneath the city's 12th-century fortress lies the Cathedral of Kars, an Armenian church built more than a millennium ago; it was converted into a mosque in 1993 but retains its unmistakable Armenian characteristics. Across town lies the austere Fethiye Mosque, which was originally the Alexander Nevsky Church, built by the Russians in 1885.

The city was the setting of Snow by Turkey's most popular writer Orhan Pamuk, and it is the last stop on the Eastern Express train route, a 24-hour journey that has become popular among young Turkish travelers in recent years. Kars has been revitalized by the tourist influx, and it features many new restaurants, cafes and hotels.

That all came to a crashing halt during the COVID pandemic, but the prospect of the border opening has again renewed hopes for the economy. Small business owners in the city surveyed by Eurasianet unanimously favored a reopening.

“Before the border closed there were serious livestock exports [from Kars to Armenia] and when it closed this was cut off instantly,” Kars Chamber of Commerce and Industry General Secretary Aliekber Turan told Eurasianet.

The reopening of the border would be a boon for Kars' tourism and agricultural sectors, while also providing new markets for the city’s furniture and metallurgical industries, Turan added.

Turkey closed the border in 1993 after Armenian forces began occupying Azerbaijani territories surrounding Nagorno-Karabakh, prompting a wave of international condemnation. Since then, Armenia has for the most part been in favor of the border reopening, while Turkey has insisted on the de-occupation of those Azerbaijani territories. As a result of last year’s war Armenia was forced to cede all those territories back to Azerbaijan, effectively meeting Ankara’s demand.

“Turkey had a condition: the Armenians withdrawing from Karabakh. That condition has been fulfilled and at this point we are waiting for the border to be opened,” Turan said.

“It is in the interest of both countries to prevent the painful legacy of history from burdening the future, former Kars mayor Ayhan Bilgen told Eurasianet. “There may be those on both sides that want to continue the politics of tension, but it is unacceptable for the societies to pay for this.”

Tour guide Celil Ersözoğlu has been taking visitors to Ani and other sites in the region since 1985. After the collapse of the Soviet Union, Turkey was among the first countries to recognize Armenia's independence, and in the few years before relations between the two countries broke down, business boomed.

“At the end of the Soviet Union, everybody was surprised how Turks and Armenians could be so friendly,” Ersözoğlu told Eurasianet.

There were plenty from both sides crossing the border in those years, including several trains per week between the Turkish border town of Akyaka and Kars. Armenians were buying Turkish goods to sell back in their home country, and Turks explored business opportunities in the newly independent state.

“When we went to Armenia, they were very hospitable, and when we said we are Turkish, they didn't let us stay in a hotel, because the hotels were not good enough. They invited us into their homes, they were serving meals, it was really amazing,” Ersözoğlu said.

In those years, Turkish businesspeople were buying up plots of land near the border to build textile factories, restaurants, and hotels to cater to Armenian demand, Ersözoğlu recalled. That all ground to a halt in 1993 and Kars’s economy began to dry up. The province’s population shrunk from 662,000 in 1990 to 285,000 in 2020.

While there is some trade between the two countries, it is badly hampered by the lack of an open border – and hurt further by Armenia’s attempt to ban Turkish goods following Turkey’s support for Azerbaijan during the war last year. Trade now takes place via Georgia, and Ersözoğlu complained that Georgian middlemen profit more than Turkish businesspeople. The Kars region could be importing grapes and apricots and other fruits from Armenia, but instead it buys them from the much more distant Turkish Mediterranean regions of Mersin and Antalya, he said.

“Despite all the difficulties, there are Armenian visitors coming to Kars from Armenia and other countries. If this is made easier or even encouraged, it is natural that a much greater potential will be activated,” said Bilgen, the former mayor. “Whatever their political differences, most people here see that trade will make a positive contribution to the economy of Kars.”