The decision came after months of anti-dam protests that forced a pause in construction. Now Georgia could owe millions in compensation. 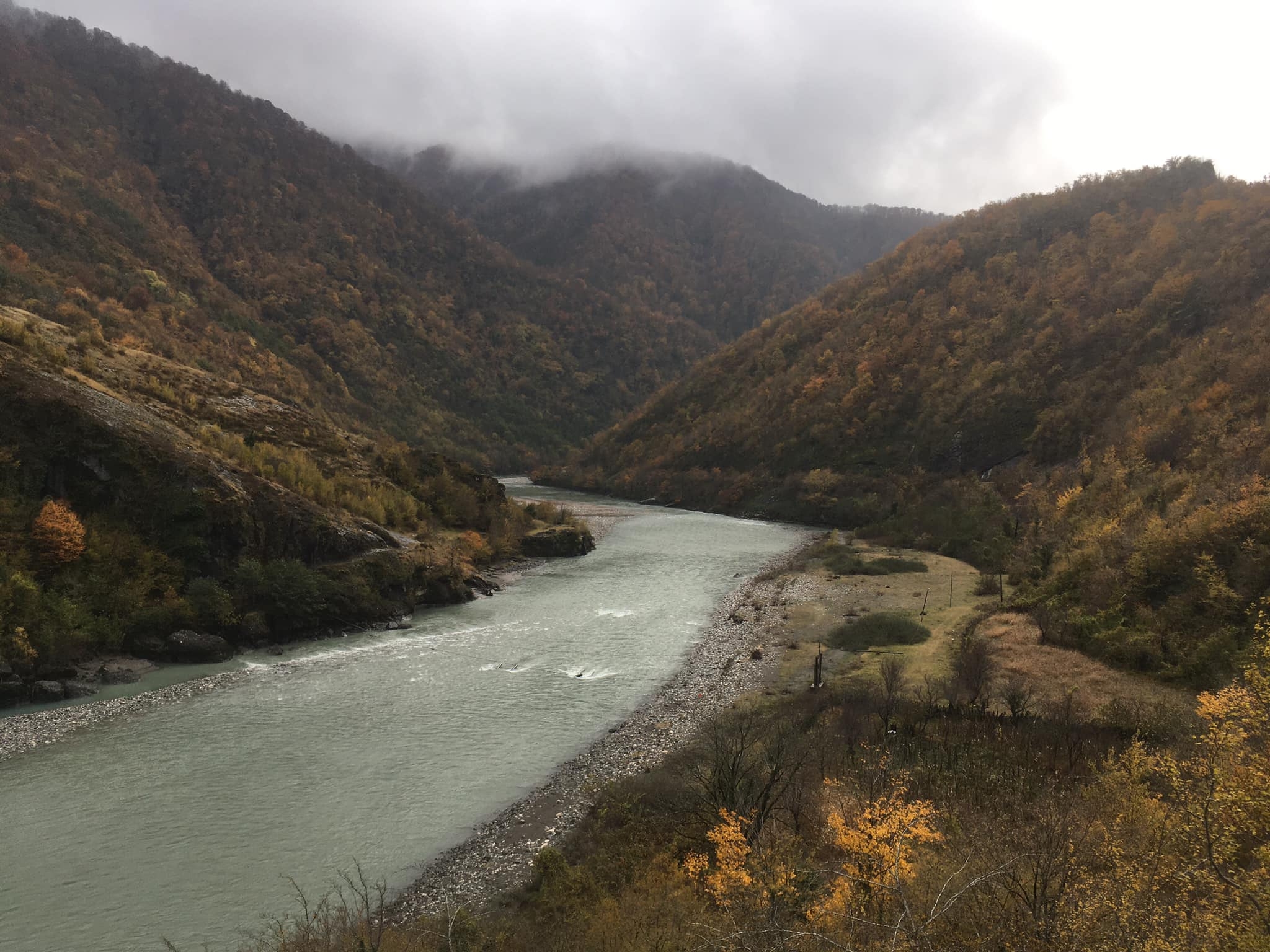 The Rioni river in western Georgia, which stands to be flooded if a controversial dam project goes ahead. (photo: Facebook, Save the Rioni)

The Turkish builder of what was supposed to be the largest energy project in independent Georgia's history has announced that it is pulling out of the project.

The move is a significant victory for a broad protest movement that opposed the Namakhvani hydropower project’s potential harm to the local environment and argued that the company’s contract with the Georgian government was deeply unfair to the state.

The decision by the construction company, ENKA Renewables, became public on September 20. The company cited “long-standing breaches of contract and force majeure” in its decision to pull out of the $800 million project.

The company has not offered further explanation. However, the contract, which had been made public only through the efforts of the local investigative news outlet ifact.ge, listed over a dozen force majeure circumstances that would allow it to pull out. Among them was “protests which threaten or hinder construction for more than 21 days within any six-month period.”

Construction work on the dam has been paused for several months after nearly a year of protests, which hit their peak this spring, led to a government promise to review elements of the contract including construction permits and the environmental impact.

The roots of an idea to build a giant hydropower plant on western Georgia’s Rioni River date back to the Soviet era. Following Georgia’s independence there were numerous attempts to revive the project and in April 2019 the government finally reached a deal with ENKA.

But it was strongly opposed by local residents. Up to 300 families would have to have been resettled, and there were fears that the massive project could change the region’s microclimate and endanger its unique grape varieties, Tvishi and Usakhelouri.

The Institute of Earth Sciences at Ilia State University and the National Center for Seismic Monitoring wrote an open letter to the government, arguing that the environmental impact report prepared for the project understated the risk of seismic instability. They said that the dam could withstand an earthquake of 5 on the Richter scale, but that the region could experience an earthquake as strong as a 7.

Fears about the project's impacts have been exacerbated by problems that other recently built dams in Georgia’s mountains have suffered. In 2017, the tunnels of the Shuakhevi dam in Georgia’s southwestern Adjara region collapsed just two months after its launch.

The dam also was the subject of nationalist protests; the fact that the land for the dam construction was sold for the token price of 121 laris ($39) was seized upon by right-wing Georgians who see Turkey as an age-old enemy of Georgia. “Georgian land is not for sale” was a common refrain on posters at anti-dam demonstrations.

Most crucially, critics argued that Namakhvani would be a bad deal for Georgian energy consumers.

The NGO Social Justice Center, in an analysis of the contract, noted that it obliges Georgia to buy electricity at a higher price than it pays other suppliers. It also emphasized that “the agreement does not create employment guarantees for Georgian citizens” and gives the company “unlimited rights to natural resources.”

Perhaps the most controversial part of the contract was the stipulation that “compensation for all types of damages and losses in case of force majeure is the obligation of the state.”

Even the government reportedly saw the contract as unfair. According to a Ministry of Justice document obtained by the local news website Mtis Ambebi: "The vast majority of liabilities fall on the government of Georgia [and state-owned companies], while, on the other hand, [the company] is maximally protected by the same agreement."

Government officials have called the allegations of unfair conditions “exaggerated” and insist that the project is safe. But as protests swelled, Prime Minister Irakli Garibashvili on April 24 announced a “9-12 month moratorium” on construction until more research could be done.

The protest leaders celebrated ENKA’s announcement. Given the unfair nature of the contract, “the state suffers even from a cancelation, because the company wins in every case,” Varlam Goletiani, a resident of the valley and the leader of the Saving Rioni Valley movement, told RFE/RL. But “if the company had stayed in the Rioni Valley, the losses would have been far greater.”

Georgia’s Economy Ministry has confirmed receiving ENKA’s notice, saying that the company plans to terminate the contract in a month.

“Over the next month we will continue to communicate with the investor company to find the right and, most importantly, state-justified solution that will not harm our investment environment,” the ministry said in a statement.

But officials have not given further comments on what will happen. Among the many questions remaining: Will ENKA continue to own the land for the next 99 years, as their purchase agreement stipulated? Will the state find a new investor and contractor or seek to build the dam itself? Will any compensation be paid?

As the company terminated the contract at the pre-construction stage, it could demand the purchase of transferred assets – such as land – in payment at the market price. According to the contract, the government is obliged to buy them.

Under the contract, if the parties are unable to resolve the dispute through a settlement, they will eventually have to resort to arbitration in Paris. The details of that process – including whether it is even happening – will be confidential, meaning it will once again take place beyond the reach of public scrutiny.