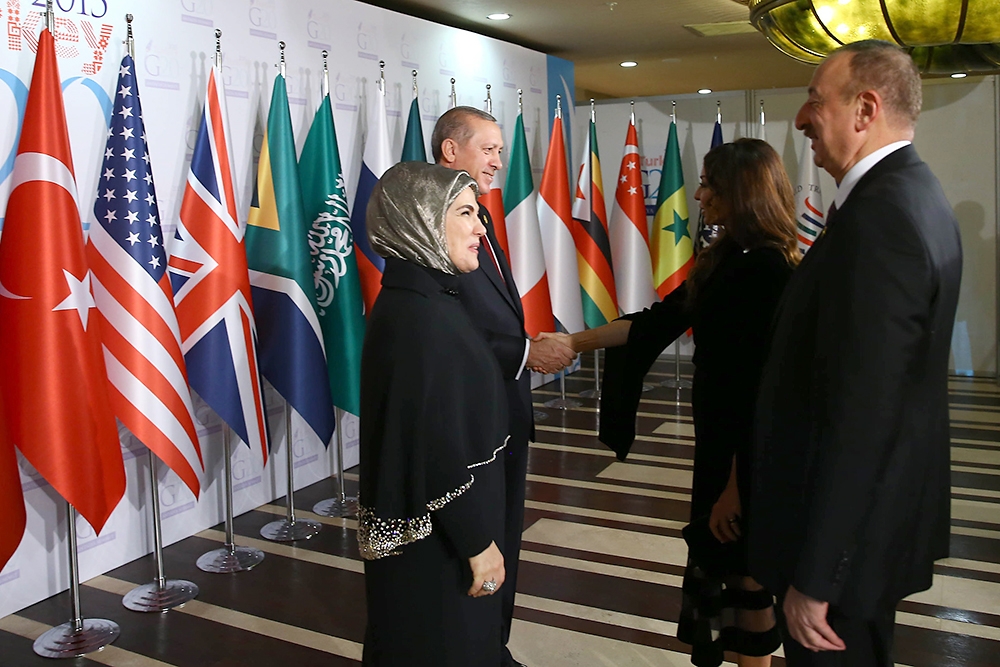 Rising Turkish-Russian tension is putting Azerbaijan in a bind. At a time when low energy prices are squeezing the Azerbaijani economy, officials in Baku need to keep ties strong with both Turkey and Russia to help maintain relative domestic stability.

In the days after Turkish fighters shot down a Russian Su-24 jet on November 24, Turkey  aggressively courted the support of Azerbaijan, Ankara’s closest Turkic cousin. Foreign Minister Mevlut Cavusoglu visited Baku, and Prime Minister Ahmet Davutoglu declared that Ankara would “do everything possible to free the occupied territories of Nagorno-Karabakh” – referring to Baku’s decades-long conflict with Armenia.

If Turkish officials were hoping for a clear-cut declaration of solidarity from Azerbaijan, they were disappointed by Baku’s response. Top-level officials, including President Ilham Aliyev, received Cavusoglu in Baku warmly, but declined to take sides in the Turkish-Russian spat. The official Azerbaijani position is to regret the conflict between the country’s “two friends and neighbors” and extend a standing offer to mediate between Moscow and Ankara. Contrary to the official depiction of Turkish-Azerbaijani relations as “one nation, two states,” Baku subtly distanced itself from Ankara.

Azerbaijani public opinion overwhelmingly sides with Turkey, but Aliyev’s administration has good economic and political reasons to tread carefully. Russia has multiple ways it can exert pressure on Azerbaijan, which, because of the economic downturn, may be more susceptible to social discontent than at any time in recent memory.

Economically, there are around a million Azeri workers living and working in Russia. According to the Centre for Economic and Social Development, an independent think-tank in Baku, the remittances from Russia to Azerbaijan total about $3 billion annually. Any move, then, by Moscow to limit the ability of Azerbaijani citizens to work in Russia could have significant ramifications for Azerbaijan. Another economic lever available to the Kremlin is a possible ban of Azerbaijani food imports.

When it comes to diplomacy, Russia wields considerable leverage in efforts to resolve the Nagorno-Karabakh conflict: Russia is a co-chair of the OSCE Minsk group (along with the United States and France) and is tasked with the conflict resolution. At the same time, Armenia is Russia’s closest ally in the Caucasus, and Moscow maintains a military base in the Armenian town of Gyumri. Russia, if it chose to, could also stir up discontent within the Lezgin minority group, which is concentrated in northern Azerbaijan next to the Russian border.

Beyond these structural reasons for Azerbaijan to maintain strong ties to Moscow, there is a shared concern about the possibility of Salafist radicalism spreading into the former Soviet Union. Azerbaijan in particular has experienced a rise in the number of discontented youth embracing radical Islamic ideas and going to Syria to join the fight. Some experts believe that these militants could one day return home to foment unrest. Complicating matters for Azerbaijan, Turkey supports some Syrian radical groups that both Baku and Moscow want to neutralize.

It should not be underestimated that elites in Moscow and Baku both are fearful of the possibility of Euromaidan-style unrest erupting in their own countries. To keep the lid on Euromaidan-like discontent, authorities in Baku have carried out a ruthless campaign to squelch dissent. Baku’s policies have caused its relations with the West to sour, but it has found Moscow to be understanding. Azerbaijani Foreign Minister Elmar Mammadyarov has gone so far as to suggest Azerbaijan is interested in expanding ties with the Moscow-led Eurasian Union, although Baku’s accession as a full member is, for now, off the table.

The Iran factor also is influencing Azerbaijani thinking. Tehran is closely allied with Moscow in Syria and would hardly stand by idly if Azerbaijan were to take an aggressively pro-Turkish line. The last thing Azerbaijan needs at present is a return to early 1990s, when the rabidly pro-Turkish government of the democratically-elected president, Abulfaz Elcibey, alienated both Moscow and Tehran simultaneously.

Cultural considerations are additionally coming into play. Incumbent Azerbaijani leaders are overwhelmingly secular in their lifestyle and education. For many, Russian, and not Azeri Turkish, is their first language. Many also have long-standing personal, political, professional and business ties with counterparts in Moscow, and they tend to be ill at ease with the current religiously conservative leadership in Turkey.

Ultimately, the Turkish-Russian crisis could encourage Baku to strive to expand its economic and political options. Low oil prices, for example, could help prompt Azerbaijan to seek stronger ties with the European Union. The caution demonstrated so far by Aliyev’s administration in navigating post-shootdown relations with Turkey and Russia is likely the best available diplomatic option.