Turkmenistan: A ban on all news, ye who enter here

Banned news channels, banned cartoons, and a food crisis on the horizon. Our weekly Turkmenistan briefing. 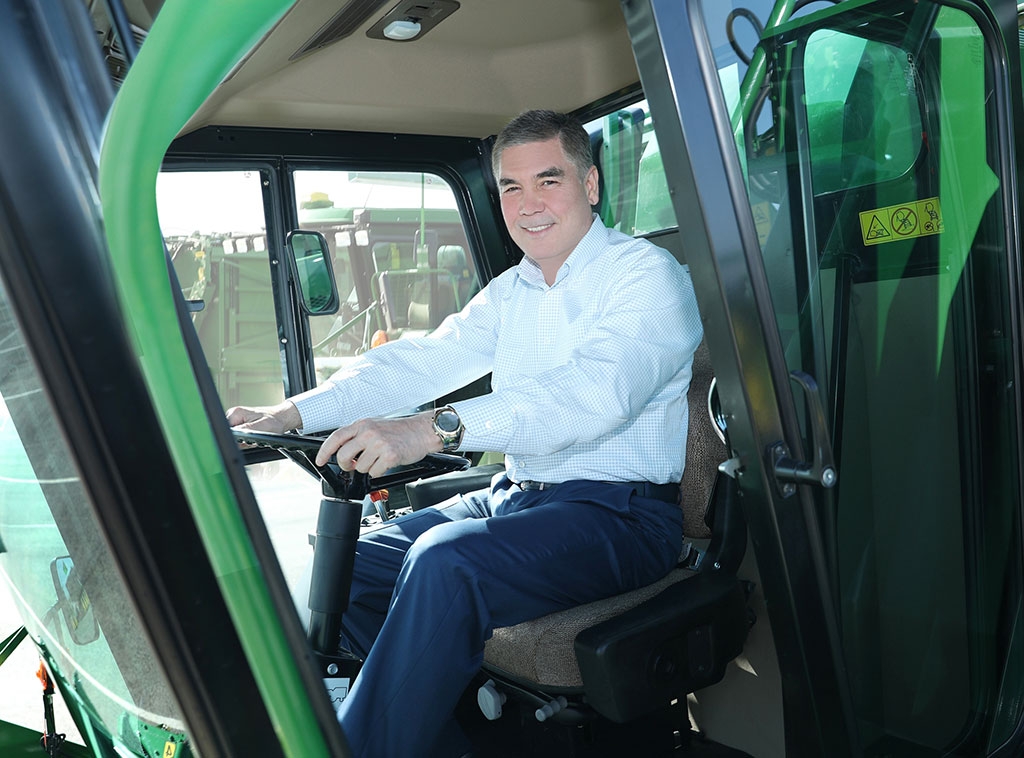 Foreign investors in authoritarian states tend to be a pretty hard-nosed bunch. Stories of repression and limited basic freedoms leave them unmoved.

So when the likes of Freedom House granted Turkmenistan a score of only two out of 100 in its freshly updated Freedom in the World index, it was not likely to elicit much more than a shrug.

What probably should trouble the Turkmen government a little more is their company in the Heritage Foundation’s 2021 Index of Economic Freedom. Turkmenistan is bunched in that list with a group of “repressed” countries, along with the likes of Equatorial Guinea, Venezuela and perennial anti-champion North Korea.

“Economic freedom is not attainable in any meaningful sense in Turkmenistan as the governing regime is currently constituted,” the Heritage Foundation notes.

Nothing is likely to change under President Gurbanguly Berdymukhamedov. The bloated regime he oversees instinctively blocks out awkward information.

As Vienna-based Chronicles of Turkmenistan has reported, local cable companies on March 8 stopped showing the pan-European Euronews channel after it broadcast a report on the Martin Ennals Award for Human Rights Defenders. This year’s finalists included Soltan Achilova, a 72-year-old journalist and activist who has reported on state repression in Turkmenistan in the face of relentless intimidation. Her story was well told in a recent profile by AFP news agency.

Euronews is about as anodyne a news channel as one could hope to find. So much so that the Turkmen Foreign Ministry in January 2020 hosted the channel’s chief business development officer, Roland Nikolaou, for talks on future cooperation. That makes the inclusion of Euronews among the ranks of undesirables all the more remarkable.

Turkmenistan has the backup option of Mir 24, a Euronews clone based out of Moscow and focused on news from Commonwealth of Independent States members. Turkmenistan is an associate member of the post-Soviet bloc. The station began broadcasting inside the country in December 2020, following a cooperation deal signed with the Turkmen state broadcaster a month earlier.

Mir 24 also produces content, of the most unimaginably inoffensive kind, from inside the country. Recent reports have included one on a highly chaste beauty contest for female students, several touching upon celebrations for International Women’s Day and a piece about the creation of a national annual holiday devoted to the Alabai dog breed.

Alabais keep making local headlines too. The dog is about the only thing that Berdymukhamedov’s son, Serdar, the presumed heir apparent, seems to want to deal with since his mega-promotion in February. At his inaugural Cabinet meeting as deputy prime minister, Serdar Berdymukhamedov spoke mostly about work being undertaken to improve the activities of the Turkmen Alabai sheepdog association, of which he is the head.

He was at it again on March 2, attending a national forum on dog breeding to present a picture book about Alabai. The book was, naturally, written by his father.

Blocking Euronews is of little import in the larger scheme of things. As RFE/RL wrote on March 7, police are adopting invigorated measures to make sure that smartphone owners are not using VPN services to circumvent censorship. The broadcaster said that authorities in the city of Mary are stopping people in the street for spot inspections of their phones.

The cause of this alarm is the continued seepage of news belying the absurd government insistence that the country has experienced no cases of COVID-19.

The roving eye of the censors has even landed upon children, albeit for linguistic rather than political reasons.

Chronicles reported on March 4 that kindergartens have been banned from allowing children to watch Turkish cartoons and TV shows. The concern is apparently that the susceptible tots could pick up Turkish words and start using them instead of their native Turkmen. A simple communique to schoolteachers has not been deemed sufficient, though. Police across the country are being instructed to drop in on kindergartens two or three times weekly to ensure compliance. Offending teachers or school administrators could be fired for transgressions.

Some foreign imports are more welcome.

China’s state-owned CGTN news service reported that a maiden batch of Chinese-made COVID-19 vaccines were flown into Turkmenistan on March 6. The delivery was met by Beijing’s representative in Ashgabat, Qian Naicheng.

Turkmenistan, like its neighbor Uzbekistan, appears to be pinning its COVID-19 exit strategy on a Sino-Russian solution. The country in January became the first in Central Asia to register Russia’s Sputnik V vaccine. At the end of the same month, the government followed that up by becoming the first country in the world after Russia to register the EpiVacCorona vaccine, which has been developed by Russian drug-maker Vector. That vaccine is still months away from completing definitive testing procedures.

As advertised, the national railways company on March 1 resumed their Ashgabat-Turkmenabat service, although trains are running only once a week. But this partial resumption of normal intra-country travel has only served to further expose the coronavirus lie. News website Jayhun has reported that passengers wishing to travel to Ashgabat must first contact the internal migration commission in Turkmenabat and get tested for COVID-19 before being permitted to travel.

The next crisis looming on the horizon is food.

After receiving a typically rosy account on the state of the agricultural sector from deputy prime minister Esenmyrad Orazgeldiyev on March 5, Berdymukhamedov let slip that he was dismayed with the lack of returns on investments in machinery and inputs.

“The state is investing huge funds in agriculture, buying the latest tractors and other equipment, and providing the sector with seeds and fertilizers. New settlements are being built in the countryside. And yet, despite all this, we cannot provide ourselves with agricultural products to the required volumes,” he said.

Turkmenistan operates a fundamentally Soviet-style quota system, although it has dabbled a little with trying to encourage quasi-private sector involvement to help ease recurrent shortages of staple goods. To little avail it would appear.

As Chronicles has reported extensively, boasts about the support of the state are utterly hollow. Irrigation and seeding equipment is in short supply, as are spare parts for the tractors that state propagandists love to show on television. The website’s sources attribute these problems in large part to embezzlement and corruption.

Lack of food is a fact that even the most dedicated censor will have trouble covering up.