The president regularly casts blame for Turkmenistan’s troubles on his cabinet of lickspittle loyalists. Public arrests like this week's, however, are rare. 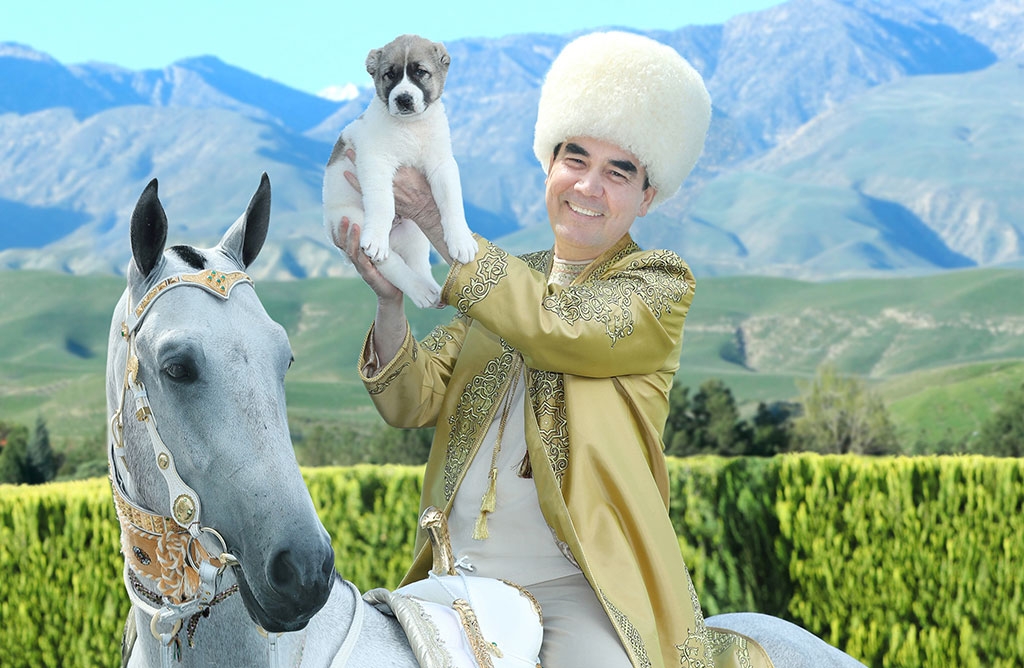 Head of the pack

Nine days after Amandurdy Ishanov was fired as Turkmenistan’s Trade and Foreign Economic Relations Minister, he reappeared on state television. It was not to accept a new post, but to publicly admit to corruption charges. The confession had all the hallmarks of a coerced show trial testimony and Ishanov was not alone. Businessman Charymukhammed Kulov was also shown, sobbing and confessing to corruption charges. Both have been handed unspecified jail sentences.

The former heads of the State Commodity and Raw Materials Exchange and the Turkmenbashi oil refineries, as well as a former textile industry official also went down, ostensibly for taking bribes.

Public arrests, however, have been a much rarer event in recent years. The government has typically been eager to avoid open discussion of corruption among the elite.

Netherlands-based site Turkmen.news cited an unnamed source as saying that Kulov – whom it identified as one of the most influential entrepreneurs in Ashgabat – was arrested because he was seen as a threat to Berdymukhamedov’s grip on power, on account of his lofty reputation among fellow businesspeople and the Turkmen elite.

Turkmen.news also warned that Interior Minister Isgender Mulikov could testify against Kulov, his erstwhile friend. Allegations against Kulov include non-payment of taxes, attempting to smuggle foreign currency out of the country, bribing officials and falsifying his income.

His arrest is particularly noteworthy given his friends in high places, both at home and abroad.

Turkmen.news alleged that Kulov had established links with Dubai's crown prince, Sheikh Mohammed bin Rashid Al Maktoum, and Chechen strongman Ramzan Kadyrov. If that was not enough reason to try and keep details of his case from leaking out, the site also claimed he had ties to Berdymukhamedov's in-laws and helped to import European-made firearms to supply the Interior Ministry.

Readers of Turkmen.news eagerly shared their own perspectives – much of it unverifiable speculation. One anonymous contributed stated that Kulov’s business was little more than a conduit for bribes. The same writer claimed that Kulov enjoyed close ties with Mailis Nobatov, the head of the presidential guard, as well as the head of the migration service, Mergen Durdov.

Clerical officials have likewise been targeted by the authorities.

A state media summary of the September 13 Cabinet meeting noted that two members of the Turkmen Muftiate, nominally the country’s highest Islamic body, were found guilty of soliciting bribes for helping arrange trips to Saudi Arabia for the hajj and other pilgrimages. Kurbanberdy Nursakhatov, who coordinated work between the cabinet and religious organizations, is said to have been jailed.

Elsewhere, clerics not thrown into prison were enlisted to oversee the start to this year’s cotton-picking season. State news carried footage of large numbers of rural workers wading into cotton fields to collect this now-increasingly important cash crop. Berdymukhamedov last month approved a decree reducing the area of land devoted to grain, allocating the repurposed land for sowing cotton.

“We pray for health and the long life of our respected President Gurbanguly Berdymukhamedov, who is working day and night, creating necessary conditions for agricultural development,” one imam in the Balkan region said in his televised prayer.

The way in which regime media went so public with all the week’s arrests suggests officials are seeking to send a message: to serry the ranks at a time of economic crisis.

Reports of shortages, large lines outside shops and other major issues with food supplies now emerge on a weekly basis. Given Ashgabat maintains one of the most restrictive media regimes in the world, the frequency and consistency of these reports indicates just how serious the matter has become.

Berdymukhamedov continues to seek outside investment to alleviate the crisis, albeit to little avail thus far. The corruption crackdown may further discourage the few potential investors Ashgabat has, particularly considering Kulov’s alleged connections.

One of the few foreign investors to have braved Turkmenistan in the last few years is Belarus, which now finds itself locked in a dispute over the Garlyk potash plant built by its state-owned enterprises. Opened in 2017, it reportedly only reached 2.3 percent of its target output, which Ashgabat blames on Minsk’s shoddy work.

Nonetheless, Belarusian President Alexander Lukashenko made some promising comments when appointing Vyacheslav Beskotsy as the new ambassador to Turkmenistan on September 12. Lukashenko has entrusted Beskotsy and Mikhail Myasnikovich, who oversaw the project and is speaker of the upper house of Belarus' legislature, with the mission of settling the spat outside the Stockholm Arbitration Institute.

There is one new opportunity for foreigners, however.

On September 13, Berdymukhamedov signed a resolution establishing the 2020 edition of the presidential Altyn Asyr award. Foreigners will now be able to compete for the prizes – with awards given out for essays, poems, literature, television broadcasts, theater, music and more.

During the weekly cabinet meeting, Berdymukhamedov presented his new book on Turkmenistan's Alabai dog breed, which state media says he has been working on since May. The president then recited a self-penned poem inspired by the dog’s attributes. One stanza read:

Endowed with undying fate,
He is a living monument of the past,
His voice, it is like no other’s,
The exalted Turkmen Alabai.

And then, on September 14, hundreds of people were packed into an Ashgabat concert hall for the book’s formal launch. The event featured a military choir performing a song – written by Berdymukhamedov of course – in honor of the Alabai.