Turkmenistan spins a WHO mission, foreign laborers flee, and electricity news. This and more in our weekly bulletin. 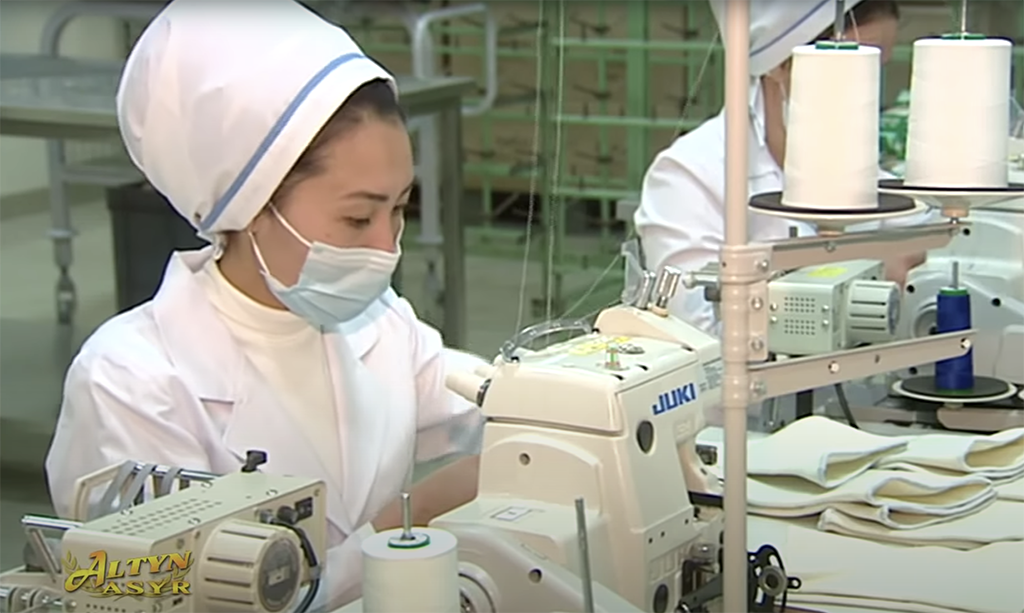 Foreign laborers are finding ways to get out of Turkmenistan.

Amsterdam-based Turkmen.news reported on July 18 that 100 Indian nationals working for construction companies left on a charter flight to Delhi. Ten days earlier, the website reported that a Turkish Airlines plane had carried out many dozens of workers employed by French construction company Bouygues.

The reasons are twofold. One is simply that visas have expired, but the other is, of course, that there is a pronounced mood of alarm about the epidemiological situation.

Just how bad is the situation is all but impossible to know since the government does not admit it has recorded any coronavirus cases, or even that it might be dealing with a major pneumonia outbreak, for that matter.

Anybody hoping that the visit of a World Health Organization expert mission, which wrapped up last week, might help to shed some light was sorely disappointed. In an end-of-visit press conference in Ashgabat on July 15, Dr Catherine Smallwood, senior emergency officer at WHO Europe, was the model of circumspection and essentially endorsed the official Turkmen line. Nonetheless, her team did advise “activating the critical public health measures in Turkmenistan, as if COVID-19 was circulating.”

That was not the angle that daily government newspaper Neutral Turkmenistan ran with the following day. A front-page piece was headlined: “WHO: Turkmenistan made every effort to prevent the entry of the virus into the country, and these measures were successful.”

Smallwood added a little heft to that boast by volunteering a tidbit about how the WHO had been informed that 60,000 coronavirus tests have been conducted by the Turkmen authorities – more than one for every 100 citizens. No tests have been certified by the WHO, however.

Despite the coronavirus all-clear, the messaging on wearing masks and general hygiene has become extremely noticeable. The July 20 evening bulletin killed two birds with one stone by leading with a report from a factory churning out soap and face masks being produced by crews of mask-wearing workers.

Because all signaling on matters of national importance must necessarily come from the president in person, Gurbanguly Berdymukhamedov was obliged to break off his lengthy holiday for another bout of state television theatrics. This time, he was shown fishing at an undisclosed location, decked out in camouflage gear, including gloves, bucket hat and facemask. It was not just enough to set the example, though. Berdymukhamedov was then seen reeling in a pair of suspiciously compliant fish, which were dispatched to a summer camp of grateful children, who scrutinized the haul and clapped with joy. The report ended with images of several dozen children in one room, tucking into the cooked fish, thereby engaging in the exact kind of mustering that health authorities around the world have expressly advised against.

In the meantime, claims continue to trickle in about a number of deaths from pneumonia, a pathology that often arises from a coronavirus infection. The most sensational of these was made by Russia-based Central Asia expert Arkady Dubnov, who purported in a July 19 Facebook post to have heard of the death of Berdymukhamedov’s wealthy brother-in-law, Annanazar Rejepov. Dubnov’s sources doubled down by alleging that Rejepov’s wife, who is Berdymukhamedov’s sister, is on a ventilator.

In light of how it was only one year ago that exile-run media began actively circulating rumors of Berdymukhamedov’s own demise, such speculation should probably be taken with a pinch of salt.

Rumor-mongering proliferates in Turkmenistan’s information-poor media landscape. The National Security Ministry, or MHM, the successor agency to the KGB, looks to be fighting a rearguard battle to contain some sources of unauthorized news, however. RFE/RL’s Turkmen service, Radio Azatlyk, reported on July 16 that MHM personnel in Mary province have begun checking the mobile phones of police officers that they suspect of being the source of problematic photos and videos leaked to foreign-based media.

One recent item in particular seems to have caused some anxiety. Turkmen.news on July 10 posted a video showing a woman squatting in the middle of an unidentified street in a gesture of desperate and futile protest against hardships shared by countless Turkmen citizens today. “I’m tired! I’ve had enough!” she shouts. “You look for work, they don’t give it to you, you ask for housing, there isn’t any.”

On the topic of housing, building materials have become increasingly unaffordable in light of the weakening manat, which has neared rates of 25 to the dollar in some parts of the country, according to Azatlyk’s correspondents. Although the government has spoken of plans to boost output of building materials like cement, the country continues to rely strongly on imports from Turkey and Iran. The cost of building material is particularly lamentable as thousands of homes are still in need of reconstruction in the Lebap and Mary provinces, which were ravaged by freak winds in late April.

The government’s own ambitious building projects are proceeding as normal, meanwhile. Turkmenenergostroy, the state company responsible for the construction of major energy infrastructure, announced this week that it has begun laying the foundations for a grid of high-voltage power lines. As has been explained in a 2018 document produced by the Asian Development Bank, which is providing funds for the work, the project includes two important components: a 450-kilometer, 220-kilovolt transmission line from Ahal, in the center of the country, to Balkan, in the west, and a 560-kilometer, 500-kilovolt line from Balkan to Dashoguz, up in the north. 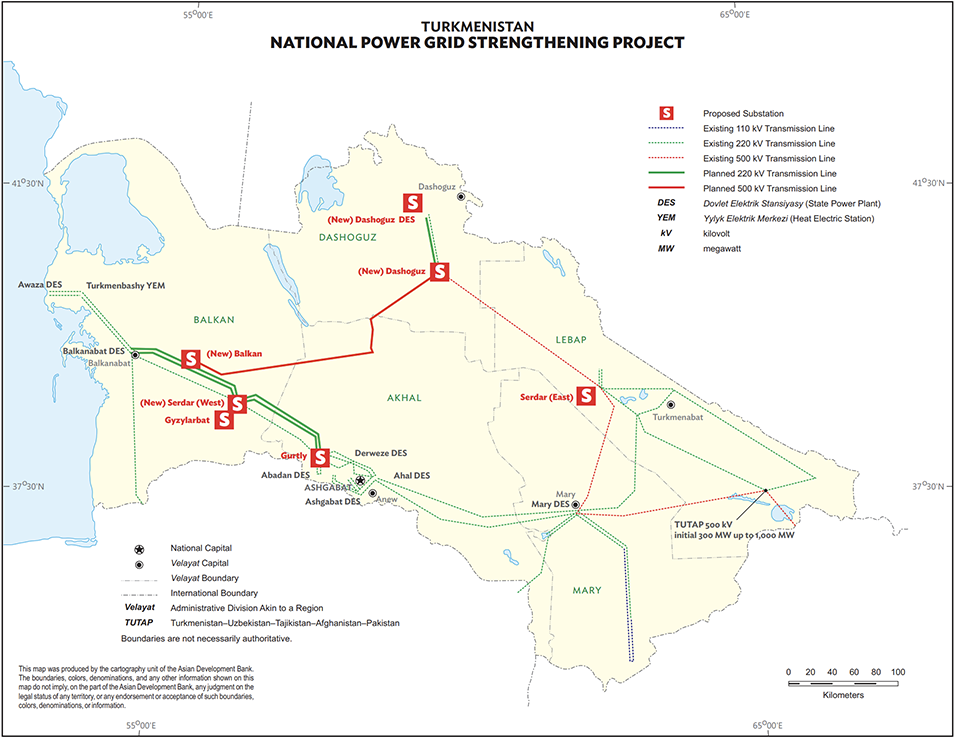 In addition to improving the efficiency of internal electricity transportation, the project would create greater scope for Turkmenistan to export to markets like Afghanistan, maybe even Pakistan, and become reincorporated into the Soviet-engineered Central Asia power grid that all but collapsed in the decades after countries in the region gained independence.

As the ADB report notes, Turkmenistan’s electricity exports peaked in the early 1990s at 13 terawatt-hours, or TWh, per year. Those figures slumped cataclysmically in the years that followed, although exports had recovered partially to 3.4 TWh by 2017.