Turkmenistan: A grain of untruth

The Turkmen government routinely closes its ears to criticism, though even a mild softening could greatly enhance its international standing. 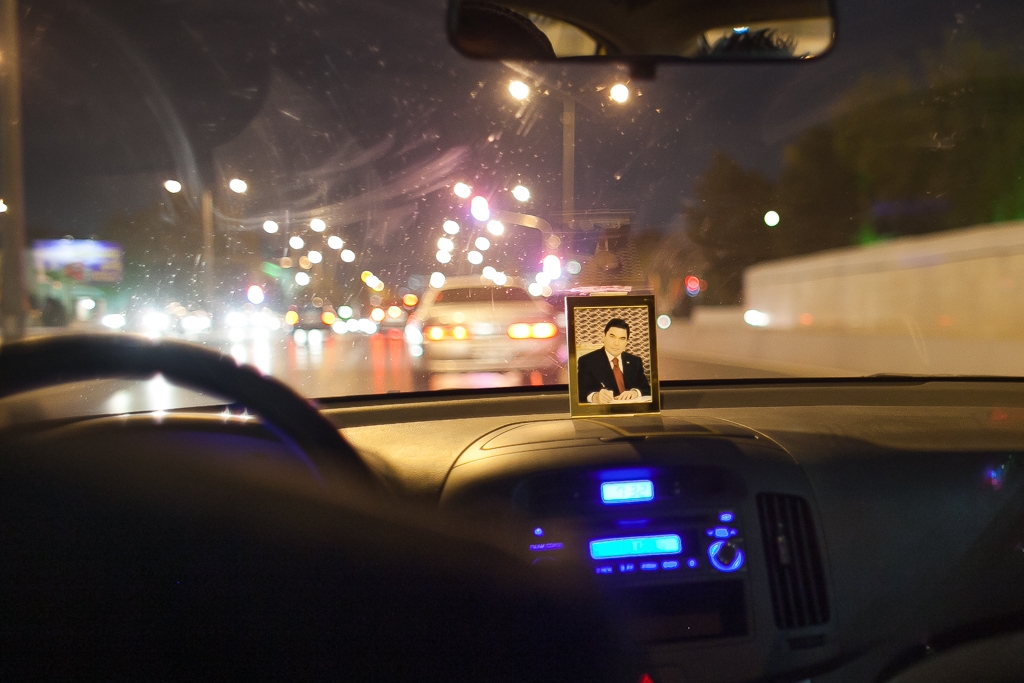 Turkmenistan’s obscurity and isolation have long meant the regime largely gets away with its atrocious human rights record.

Efforts are in motion to try and change that. On May 22, a small group of activists held a picket outside the Turkmen Embassy in Washington to demand the release from prison of Gaspar Matalayev, an activist jailed in 2016 for highlighting the use of forced labor during the cotton harvest. The Cotton Campaign, a pressure group that documents abuses in the cotton industry, called for Matalayev’s release earlier this month.

Such activity is not limited to the United States. Netherlands-based website Turkmen.news reported that participants of the 10th Congress of the Confederation of Labor of Russia expressed their support for Matalayev during their meeting in Moscow.

Matalayev is by no means unique. Turkmenistan is holding numerous political prisoners. One is Gulgeldy Annaniyazov, whom the Prove They Are Alive Campaign reported earlier this month was given an additional five-year sentence after spending over a decade in jail.

Annaniyazov’s case was the subject of a May 22 letter from five U.S. senators to President Gurbanguly Berdymukhamedov. The congressmen demanded Annaniyazov’s release, noting a 2013 UN report that found his detention violated international norms.

Are these appeals likely to elicit a reaction? Experience suggests they will not. The Turkmen government routinely closes its ears to criticism, though even a mild softening could greatly enhance its international standing.

Given the state of the economy, Turkmenistan could do with positive outside attention. Officials may be slightly heartened by the Trump administration’s nomination of Matthew Klimow as its man in Ashgabat. In his confirmation testimony, Klimow burnished his military credentials by pledging to "make every effort to promote diversification of Turkmenistan's gas export markets – across the Caspian Sea as well as to South Asia.”

Berdymukhamedov turned his hand to far more trivial business this week. He seems particularly irked by the activities of taxi drivers. Why, when the government has spent so much on new interurban coaches, will city cabs insist on taking fares for long-distance trips? The only plausible explanation for this degree of petty meddling is that the coach companies are losing potential income to taxis. Shamuhammet Durdylyev, the mayor of the capital, Ashgabat, has been ordered to deal with the “issue."

Previously, Berdymukhamedov moaned about unlicensed taxis, an outburst that forced many pirate cabs off the road, according to the exile-run Chronicles of Turkmenistan. For all Berdymukhamedov’s talk of wishing Turkmenistan to embrace the market economy, the reality is total state control over all areas of economic activity.

There was another crypto-Soviet development on May 24, when the president issued a decree on the formation of a grain-harvest commission. Historians of the 1930s will know how successful these kinds of outfits tend to be. This is another clue about the severe dysfunction in a core sector. Turkmenistan’s buying power is in free-fall – as evidenced by the 50 percent drop in imports recorded in 2018 – so its crop-growing abilities are now more important than ever. Berdymukhamedov claims the country has become a net exporter of wheat, while independent media regularly carries anecdotal accounts of flour shortages.

With the summer grain harvest set to begin in June, there are grounds for concern. Turkmenistan has been hit by particularly grievous flooding this year. Some were fierce enough to destroy a whole town. On May 22, RFE/RL's Turkmen service, Azatlyk, reported a renewed deluge in Ashgabat, the second time in five weeks the capital has seen major flooding. Azatlyk reporters also noted that the village of Garavul was damaged by mudflows and that a number of fields in the surrounding area were destroyed.

Berdymukhamedov’s response to the shoots of crisis are to demand more state control. During the May 24 Cabinet meeting, Berdymukhamedov ordered a tightening of rules "over the export and import of certain goods in order to improve the country's food supply."

While the president marshals grain and taxis, his son and presumptive heir to the throne, the cheerless Serdar, continues to engage in the ribbon-cutting that is presumed to be his rehearsal for power. In his capacity as deputy governor of Ahal province, which surrounds Ashgabat, he oversaw the opening of a poultry production facility on May 22.

That battery-chicken factory will at least produce eggs and meat – more than can be said for Ashgabat’s new planned congress center. French construction company Bouygues, which has been filling its pockets for decades courtesy of folly-obsessed Turkmen rulers, will be doing the work. The new center will neighbor an older conference center, even though supply for such buildings already far exceeds demand.

State media never directly mentions the country's challenges, but ongoing efforts to draft a government strategy on youth employment is an oblique confirmation of what many suspect is colossal joblessness. World Bank data puts youth employment at a meager 7 percent or so, but since such assessments are based on bogus state data, this figure is quite useless. The real figure is, well, who knows? But the government’s odd talk of a strategy aimed at “stimulating [young people’s] interest in working” is indicative of an underdeveloped vision.

It hardly helps that young people seeking to better themselves through study abroad face such terrifying prospects. On May 21, Azatlyk reported on a holidaying Turkmen student who was seized upon arrival at Ashgabat international airport and immediately dispatched to perform compulsory military service.

It cannot come as a surprise that such conditions push some down the path of radicalization. On May 25, Azatlyk stated it had received information that a group of Islamic State fighters in northern Afghanistan consisted of Turkmen nationals. Some days earlier, prosecutors in Russia’s Oryol region said in a statement that a Turkmen national had been sentenced to five years in prison on charges of plotting an attack against Victory Day celebrations last year.

Correction: An earlier version of this post misspelled the name of Ashgabat's mayor.