Turkmenistan continues to face challenges, but there is little chance that the solutions will become any less hapless in 2022 under Berdymukhamedov’s tutelage. 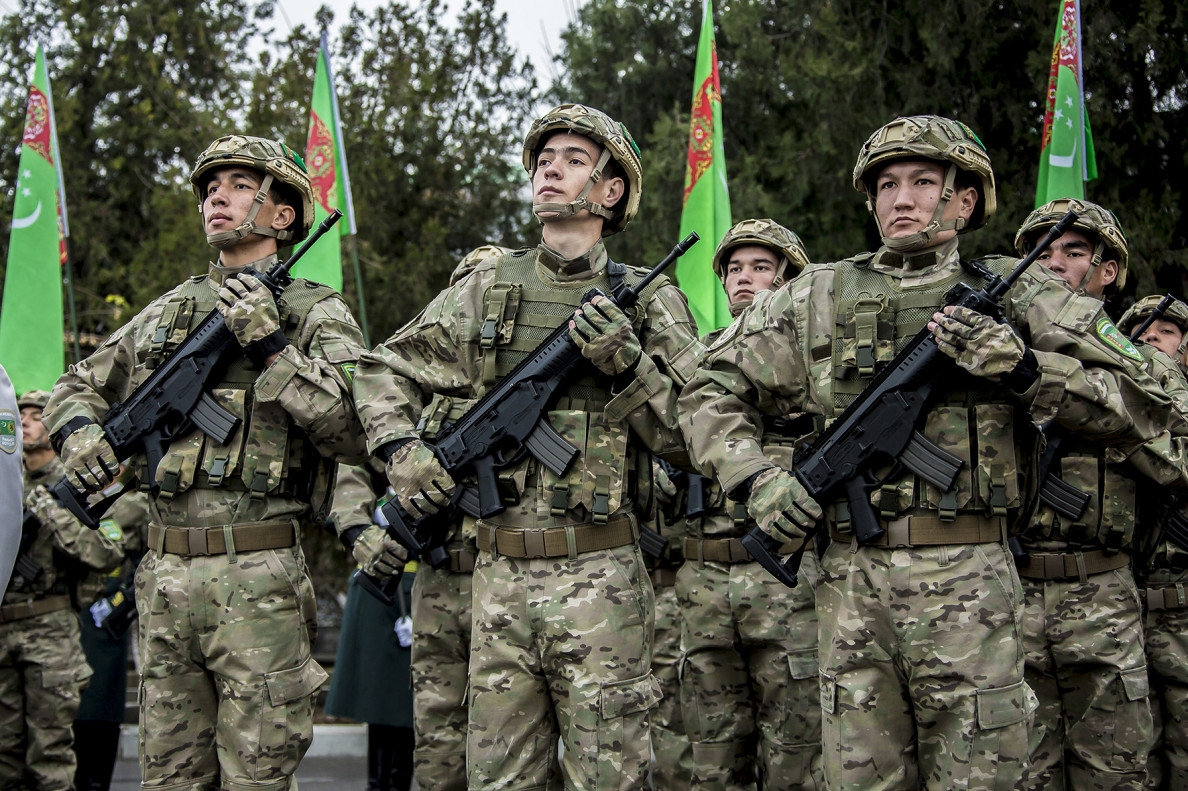 The armed clash that broke out on the border of Turkmenistan and Afghanistan this week is a bad omen.

Afghan media on January 3 cited local officials on the Afghan side as saying that Turkmen border troops caused the incident by opening fire on Afghan forces who had gone to the area to investigate the alleged killing of a civilian by Turkmen troops.

“Taliban forces fired back in response to an attack by Turkmen border guards,” Helal Balkhi, the head of the Taliban Information and Culture Department in the Jowzjan province, is reported to have said of the gunfire exchange that occurred on January 2. No Afghan troops were killed, the official said.

While this flareup looks like just a bad misunderstanding, it promises nothing good for the kind of mutual security assurances that will be needed to make transnational projects and trade viable. This is unfortunate since Ashgabat is among the most vocal champions of engagement with the Taliban regime.

This idea was given ample airing on December 22, when Foreign Minister Rashid Meredov debriefed President Gurbanguly Berdymukhamedov on the results of his recent visits to Pakistan and India. A key priority for Turkmenistan, Meredov said, was to see the “establishment of international political negotiations with the new Afghan government.” The role of neighboring nations should be enhanced to achieve that end, he said. Meredov completed the thought by indicating that the success of energy transportation and communication infrastructure projects was at stake.

One of those projects alluded to is the TAP high-voltage power transmission line, which is intended to one day transport electricity from Turkmenistan along 500-kilovolt cables to homes and businesses in Afghanistan and Pakistan. Kabul-based TOLO News on December 24 cited officials at Da Afghanistan Breshna Sherkat, the Afghan state-controlled power company, as saying work on TAP has been at a standstill for four months now. What is particularly aggrieving is that the project is so close to the finishing line.

“Ninety percent of the 500 kV line project is completed and only 10 percent of [the] work remains,” DABS chief executive Safiullah Ahmadzai told TOLO.

Ahmadzai blamed the suspension of funding from the Asian Development Bank, the World Bank, and the United States for the holdup.

Turkmenistan, which stands to benefit financially from completion of the transmission line, has not indicated it is prepared to stump up the few dozen million dollars it will take to plug the shortfall. In the meantime, households across Afghanistan, even in Kabul, are reporting chronic power shortages.

Moscow is doing its bit to guilt-trip Western governments into releasing funds. On December 24, Russia’s ambassador to Ashgabat, Alexander Blokhin, fell over himself to praise what he described as Turkmenistan’s “balanced” and aid-driven stance toward Afghanistan.

“When it comes to our approach to Afghanistan, Russia and Turkmenistan have a lot in common. We also stand for stability in Afghanistan,” he was cited by Russia’s RIA-Novosti news agency as telling a press conference. “Moreover, we would note that countries that were there for 20 years and who are responsible for what is happening today should make decisive financial contributions.” He was presumably referring to the NATO alliance, since invading Soviet troops only remained in Afghanistan for one decade.

In a politic editorial choice, the Turkmenistan state website omitted that particular jab from its summary of the ambassador’s remarks to the press.

It’s all roses between Russia and Turkmenistan these days. As Berdymukhamedov said on December 28 at an informal summit of the Commonwealth of Independent States in St. Petersburg, it is thanks to Russia and its vaccines that Turkmenistan has managed to avoid registering a single case of COVID-19. (This is inaccurate, of course, since the real reason is that the Turkmen leader has been lying with a shamelessness that burns with the intensity of a thousand suns. Going by the more credible accounts of independent media, the outbreak has been serious).

“We were one of the first to register the Sputnik V and EpiVacCorona [vaccines],” Berdymukhamedov said. “The other day we took receipt of Sputnik Lite, which can also be used as a booster vaccination.”

Something doesn’t quite add up, though.

Blokhin, the Russian ambassador, said to reporters that he was told by Health Minister Nurmuhammet Amannepesov that 80 percent of the Turkmen population had already been vaccinated. That figure may well be designed to convey the impression of compliance with the government mandate issued in July 2021 requiring all citizens over 18 to be vaccinated. But Blokhin then added that Russia has to date supplied Turkmenistan with 600,000 doses of Sputnik V and a “small amount” of EpiVacCorona vaccines.

The only other vaccines to be administered in Turkmenistan are ones supplied by China’s Sinovac. A large consignment of undisclosed dimension was delivered in May 2021, but unless those doses arrived in the multiple millions, then Amannepesov’s claims are just another lie to add to the pile.

While Russia may be supplying Turkmenistan with fewer vaccines than Ashgabat would like, it is at least buying more natural gas than expected. Blokhin said at his press conference that Russia would by the year’s end have bought 10 billion cubic meters of gas from Turkmenistan.

“Compared with the previous year, it will most likely have doubled,” he said.

This is more than a little perplexing given that Russian state gas company Gazprom’s contract with Turkmenistan only envisions the purchase of 5.5 billion cubic meters of the fuel per year.

This is just as well since Berdymukhamedov endlessly chivvies his energy officials into upping natural gas production. He made the point again during a visit to the Mary province on January 4, when he visited the colossal Galkynysh field. The president reprised old data points about how Galkynysh, together with the Yashlar and Garakel fields, may contain up to 27.4 trillion cubic meters of gas. The perennial problem is how to get it out of the ground and to buyers abroad.

There is another natural resource he might be better off thinking about.

After delivering his remarks about gas, he headed off to chat with a sheep herder out in the middle of the desert. The shepherd, who sat down on a carpet laid upon the sand while Berdymukhamedov sat on a box, showered the president with praise, as is required. He then spoke of recent heavy rains that he said would help the growth of the wild grass that his animals eat, as though it was Berdymukhamedov himself who had induced the heavens to open.

It was a quaint scene, but meteorologists might have some misgivings about the claim. Meteozhurnal, a weather-focused Russian website, cited precipitation data to note that 2021 may have been the driest year Ashgabat has seen in the 130 years since information on weather has been collated in Turkmenistan. Mary province, where Berdymukhamedov was visiting, was also badly affected by drought, the website said.

Magical thinking is a thing with Berdymukhamedov.

At his end-of-year Cabinet meeting on December 27, the president observed that 2022 was the year of the snow leopard. (If he was referring to the Chinese zodiac calendar, he was wrong; it is actually the year of the tiger – a water tiger to be exact – but close enough perhaps).

The snow leopard, said Berdymukhamedov, does not tolerate “sluggishness and prodding.” To be like the leopard, he said, means “actively engaging in self-improvement and … getting involved in innovation.” Further pursuing this line of gibberish, he assured his listeners that the year of the leopard would “not bring significant health problems” – an especially brazen assertion in light of the epidemiological funny games alluded to above.

Another thing people say about leopards is that they never change their spots. Turkmenistan continues to face challenges, but there is little chance that the solutions will become any less hapless in 2022 under Berdymukhamedov’s tutelage.