State media is gradually breaking the taboo on mentioning the pandemic, but denialism is still the order of the day. 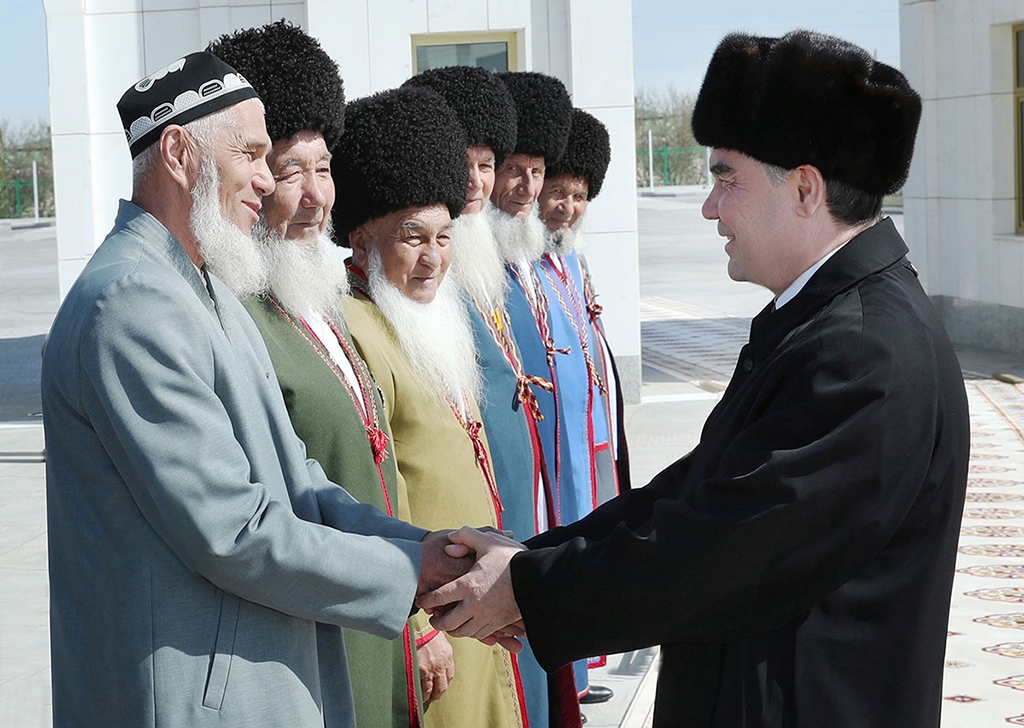 There are some interesting deals to be had on Turkmenistan’s used auto market.

As Vienna-based Chronicles of Turkmenistan reported this week, the government is auctioning off a number of cars from the presidential administration fleet. Items include a 2009 vintage Bentley Continental for $75,000, a pair of armor-plated Mercedes-Benz S600s at $48,500 a pop, and a 2010 Cadillac STS (also armored) for $72,500.

President Gurbanguly Berdymukhamedov, a hardened car nut, is evidently tired of those old bangers. Last year, at an investment forum on the Caspian Sea he managed to talk himself into possibly buying an entire fleet of Russian-made Aurus Senat limousines, a Rolls-Royce knock-off that is Vladimir Putin’s preferred conveyance.

This is a characteristically odd priority at a time when the global economic picture is looking less than rosy for Turkmenistan. Oil prices have sunk to prices unseen for decades, bringing other energy commodities, such as the natural gas that Turkmenistan needs to survive, down with it.

Even Berdymukhamedov had to very obliquely acknowledge the turbulence outside in the March 25 government meeting he chaired. “The head of state focused on the fact that prices on the oil market are constantly changing,” TDH state news agency reported, in what may qualify as the understatement of the century. This, Berdymukhamedov said, had an impact on Turkmenistan’s “financial performance.”

Notwithstanding profitability jitters in the global energy industry, the president hailed efforts to get several oilfields – he name-checked Northern Goturdepe, Uzynada and Altykui – up and running. The chairman of state oil company Türkmennebit, Guychgeldy Beygeldiyev, who got the job in February, told Berdymukhamedov that oil output in the first three months of 2020 was up by 5.9 percent compared to the same period last year.

The former he hopes to achieve through tie-ups with foreign investors, who he hopes could help squeeze more crude from ageing fields. The experience at Uzynada is presumably a model in this respect. The state geological agency Turkmengeologiya in mid-February reported new success drilling a 7,000-meter test well there in partnership with U.S. oil services company Schlumberger. Türkmennebit last year signed a memorandum of understanding with Russian company ARETI, run by Turkmen-born businessman Igor Makarov, to develop Uzynada further. ARETI is already developing a Turkmen offshore Caspian reserve under a production-sharing agreement.

For his efficiency kick, Berdymukhamedov is pinning hopes on the “efficiency of labor organization,” which is presumably a euphemism for layoffs, and the “introduction of digital technology,” very much the president’s hobbyhorse of the moment.

Back in the real economy, the spiraling coronavirus frenzy appears to be prompting painful new informal policies. The government has reportedly introduced capital controls by limiting the size of overall daily bank card transactions to 80 manat ($23 at the official rate, $4 on the black market). This is critical as some state stores, where wares are sold at subsidized rates, have since late last year reportedly declined to accept cash payments. The idea here is to prevent bulk-buying as those same stores are said to be running low on numerous staple goods.

During a March 26 Cabinet meeting, Deputy Prime Minister Chary Gylydzhov in effect acknowledged the shortages by stating that a commission had been created to ensure that regular food supply is maintained, in part by stepping up efforts in import-substitution, and that prices are kept stable.

The particularly extensive policy of border closures implemented by Turkmenistan has reportedly sent food prices skyrocketing. Moving internally between regions is also complicated now. RFE/RL’s Turkmen service, Radio Azatlyk, reported on March 24 that people wishing to move among the country’s five provinces must first obtain authorizations and a certificate confirming they do not carry the coronavirus.

The question of whether restrictions have effectively immunized Turkmenistan against the spread of COVID-19 is a tricky one. The government has confirmed no cases, although it is generally circumspect in mentioning the pandemic at all. Azatlyk reported on March 27, however, that at least 10 people who travelled by ferry from Azerbaijan to the city of Turkmenbashi had tested positive for the disease. This and earlier claims of infections are impossible to confirm with certainty.

State media is at least gradually breaking the taboo on mentioning the pandemic. It alluded to the virus on March 25, when it reported on the government’s efforts to repatriate stranded citizens.

But denialism is still the order of the day.

Then again, when Belarusian Ambassador Vyacheslav Beskosty met with Deputy Foreign Minister Vepa Hadjiyev to discuss the spread of coronavirus, Hadjiyev’s ministry’s website failed to carry the news. On March 27, Berdymukhamedov again got on the phone to talk coronavirus with his Uzbek counterpart, Shavkat Mirziyoyev – a fact that was mentioned prominently in Tashkent’s readout. Turkmen state media glossed over that detail.

Even more egregiously, Azatlyk claims that citizens are being barred from raising the topic in public and that they risk arrest if they speak about the pandemic while waiting in lines or at bus stops.

Changes in daily life are revealing about a situation that dare not speak its name, however. As of March 24, all restaurants and cafes in Ashgabat have reportedly been shut. School closures, in place since the spring Nowruz holiday, have been extended through April 6.

Restrictions naturally do not apply to Berdymukhamedov, who roams out and about as ever.

On March 29, he again visited his beloved Akhal-Teke equestrian complex in Ashgabat. After one such visit, in January 2019, the president was moved to compose verses dedicated to one of his horses, Rovach. The poem was then published on the front page of the state newspaper Neutral Turkmenistan.

He was no less inspired this time around and has now turned his hand to writing yet another book about the history of Turkmen culture. One argument that will be made in this work, according to state media, is about the “natural-genetic bond [of Turkmens] to their native land” – a relationship that might in less enlightened times have been described by the less sciencey-sounding concept of “blood and soil” – and the spirit of collectivism.

His recourse to nativism-lite is of a piece with his occasional dabbling with religion. He once more sought to impress his Islamic credentials with a prayer session at a mosque in the city of Dashoguz on March 27, which was covered in exhaustive detail on state television.

While at the mosque, which he opened in 2015, Berdymukhamedov read some poetry, prayed and shook hands with numerous old men, very much disdaining meddling advice about limiting contact with the aged.

Still, there was some concession made to warding off disease. The van he donated to the mosque was lightly fumigated with a burning pan of yuzarlik leaves, which the president believes to be a sure defense against viruses.