Turkmenistan: As you were

China offers to help with defense, TAPI inches forward, and the old president asks for a vacation. This and more in our weekly Turkmenistan briefing. 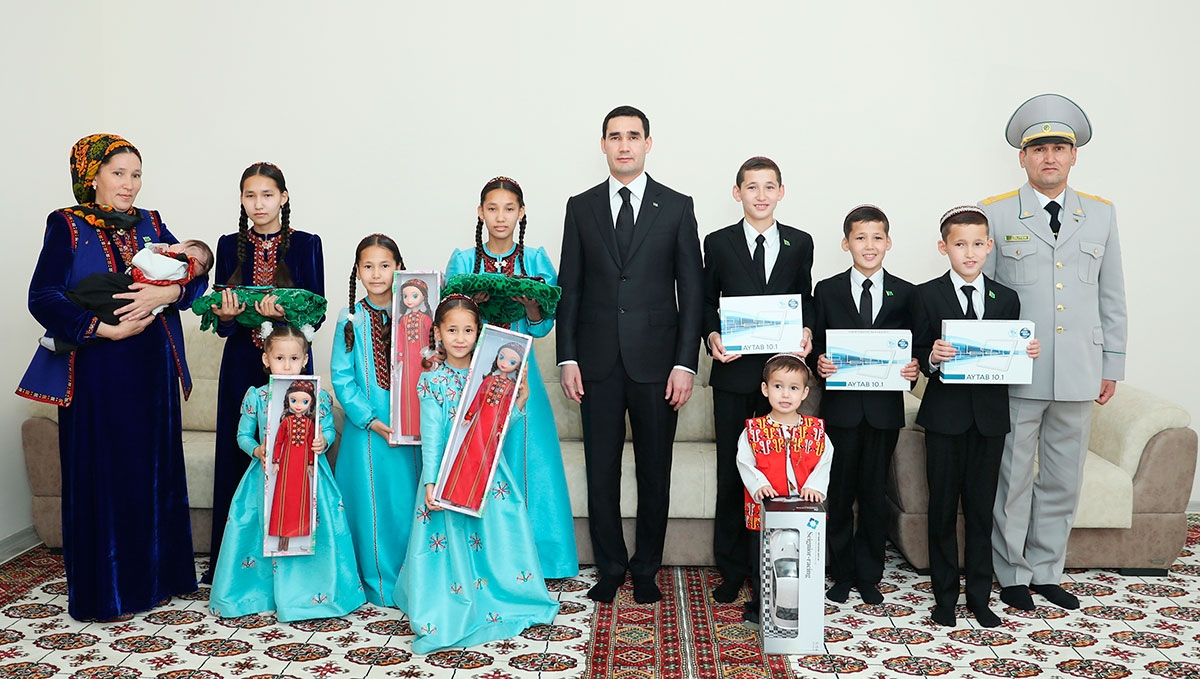 The start to Serdar Berdymukhamedov’s time as president has assumed a flavor of almost aggressive continuity.

On March 25, he presided over his first Cabinet meeting, by remote video call, as is customary, and reappointed a government all but identical to the one led by his father, Gurbanguly, the former president. One new face was that of Muhammetguly Mukhammedov, who will become the deputy prime minister with the portfolio for economic affairs, banking and liaising with international financial institutions – the job that Berdymukhamedov has just vacated in other words.

And as if to underline that he had arrived at his new job without a clear vision in mind, Berdymukhamedov then instructed this team to develop a “presidential program for the development of the state for the next seven years.” It was not an impressive start.

The otherwise unexceptional Cabinet proceedings included two points of mild interest. One was that the state television report of the meeting was based on the original in-room sound of the various officials speaking. Before now, a frantic off-screen newsreader narrated the remarks of all the officials, for reasons unclear.

Another was that the older Berdymukhamedov was also present, in his capacity as head of the Senate. When his turn came to speak, it was so he could request some holiday time.

“As you know, I have been working in a leadership position for 40 years now, and I have been involved in politics for 25 years,” he said. “Due to the large amount of work I have had during this time, I was unable to rest fully.”

Arkadag, as the emeritus-president is known, said the time away would allow him to work on new books and prepare for a Central Asia-Russia interparliamentary forum taking place later this year. His son graciously consented to grant this break, which will begin on April 1.

The new president’s only sighting in the wild so far was on March 24, when he presided over the opening of a newly built residential complex for Interior Ministry personnel. The cult of personality extends not just to the former leader, Gurbanguly, but to the entire Berdymukhamedov family, so state television was mindful to note that Serdar visited a museum built in honor of his grandfather, Myalikguly Berdymukhamedov, who died last April at the age of 89 and after whom the residential complex was named.

On March 25, Neutral Turkmenistan printed a note from U.S. Secretary of State Antony Blinken, who extended the usual pleasantries. After alluding to Turkmenistan’s role in helping contribute to “peace, stability and economic integration in Central Asia” – a nod to Washington’s now-very tattered-looking vision for Afghanistan – Blinken made a purely pro forma pledge to help Turkmenistan modernize its economy.

China would always be a friend to Turkmenistan, “no matter how the international situation changes,” Wei said, remarks that could only be read as a coded reference to the turmoil now unfolding in Ukraine because of Russia’s invasion.

The first foreign visitor of note under the new dispensation will, it appears, be India’s President Shri Ram Nath Kovind, who will be in Ashgabat from April 1-4. Agreements and memoranda of understanding will be signed during this stay, notes the website for the Indian Ministry for External Affairs.

The visit comes amid sustained ongoing efforts by Turkmenistan to advance the trans-Afghan TAPI natural gas pipeline, which would, if it is ever completed, extend to the border town of Fazilka in India’s state of Punjab. Given that only the tiniest section of TAPI would be built inside India, that country’s state gas company, GAIL, has played a marginal role in discussions on construction. Turkmenistan, which is ostensibly taking a lead on the project, nevertheless needs some kind of signal of commitment to future purchases. If the Indian president’s visit came with even a hint of something like that, it would represent a significant if purely symbolic development, although nobody should hold their breath.

Foreign Minister Rashid Meredov was in Pakistan again on March 22-23, to attend a meeting of foreign ministers from member states of the Organization of Islamic Cooperation. He seized on the opportunity to meet his Pakistani opposite party, Shah Mahmood Qureshi, with whom he spoke “in detail” about progress not just on TAPI, but also the associated projects to install high-voltage power transmission and fiber-optic communication lines.

Looking to a more short-term scenario, Turkmenistan may get a new buyer for its gas: Kazakhstan. Bolat Akchulakov, Kazakhstan’s energy minister, said at a briefing on March 25, that intense domestic demand could spell the end to exports by 2024. The need for gas may grow so much, Akchulakov said, that Kazakhstan could buy it from Russia or Turkmenistan. The former nation is likely to get the benefit of this first, though.

“Turkmenistan is far from [northern regions]. Russia is closer to the north. So, during the initial stage, I think, it would not be bad thing if the [extension of the gas supply grid] is done using Russian gas,” Akchulakov was quoted as saying by Kapital business news website.

One notable consequence of Russia’s war in Ukraine has been to compel Kazakhstan to explore ways of expanding the capacity of trans-Caspian logistical routes that would reduce reliance on transit through Russia. Turkmenistan should by rights be looking to capitalize on this moment.

In what is likely a development unrelated to Russia or Ukraine, there has been some movement on this front in the form of an agreement by Turkmenistan, as well as Azerbaijan and Georgia, to provide Uzbekistan a 30 percent discount on charges for transiting its goods through their territories. Aziz Voitov, the deputy head of the Uzbek Investments and Foreign Trade Ministry, has reportedly said a deal has also been reached on reducing the cost by half of sending goods through the Turkmen port of Turkmenbashi and the Azerbaijani port of Baku.

Transit is clearly on the mind of Turkmen officials. The Customs Service held a conference on March 24 to discuss “the attractiveness of transit routes through” Turkmenistan. Cost is one important matter clearly, but working toward transparency and smooth bureaucracy will be no less vital. Ashgabat has poor form in those areas.