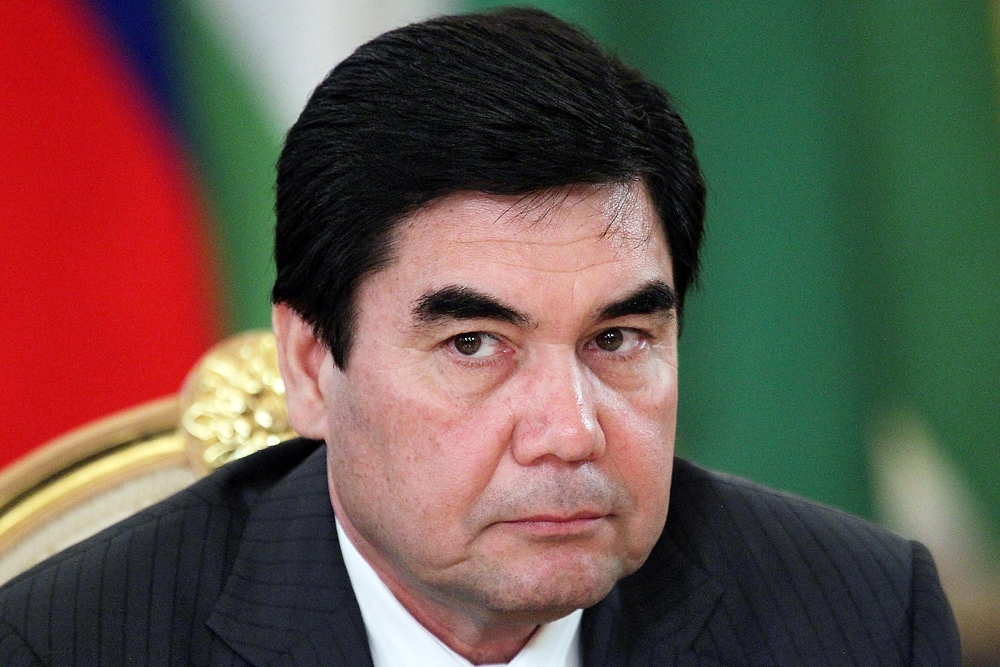 In all, there were 283 candidates – selected from the ranks of two officially-recognized parties, as well as trade unions and citizens', youth and women's groups. They vied for 125 seats in the rubber-stamp legislature. All the candidates were carefully vetted to ensure the new parliament will be unwavering in its loyalty to Gurbanguly Berdymukhamedov, Turkmenistan’s autocratic leader.

Watchdog groups rate Berdymukhamedov’s Turkmenistan as one of the most repressive and corrupt countries on earth. Berdymukhamedov’s introduction of a multi-party element to what has always been a carefully stage-managed electoral system was widely seen as a cynical attempt to improve the Central Asian nation’s image.

The presidentially approved competition -- the Party of Industrialists and Entrepreneurs – came into being in 2012. The Industrialists Party managed to field 21 candidates, whereas Berdymukhmedov’s main political engine, the Democratic Party of Turkmenistan, had 99 candidates on the ballot. In addition, 89 candidates came from labor unions, 37 from women's rights groups, 22 from youth organizations and 15 from civic groups.

The voting results still hadn’t been finalized as of December 16. Consistent with authoritarian tradition, Turkmenistan's Central Electoral Commission reported that turnout stood at 91.3 percent of the country's slightly over 3 million registered voters, according to the state-run TDH news agency.

In a December 12 report -- titled Turkmenistan: An 'Era of Happiness' or More of the Same Repression? -- the London-based rights group Amnesty International assailed the parliamentary vote, along with promised reforms, as “token gestures designed to distract the international community,” while enabling energy-hungry Western governments to engage Ashgabat in an uncritical manner.

“Holding these elections will not address the atmosphere of total repression, denial of the basic human rights, and the all-permeating fear that has gripped society in Turkmenistan for years, and all pretense of progress on human rights is simply deceitful,” John Dalhuisen, Amnesty International's Europe and Central Asia program director, said in a December 12 statement.

Those views were echoed by other watchdog groups. “The creation of one party, by the government, does not represent any loosening of the president’s total grip on the political process and society," Rachel Denber, deputy director of New York-based Human Rights Watch's Europe and Central Asia Division, told EurasiaNet.org. "For this party to have any meaning in the political process, the government would need to demonstrate that the party can truly present alternative views and policy options, and would need to demonstrate that it is prepared to allow the party to reach out to the electorate without any fear of retribution.”

In Ashgabat, officials shrugged off international criticism, and pronounced the start of a great, new era.

"The defining principles of this election are their broad pluralism, transparency and openness as inviolable conditions for the establishment of democratic norms in the life of Turkmen society," read a TDH commentary posted on December 15.  "Today's election is an event of extraordinary significance that is taking place amid the growing civic self-consciousness of the nation and outstripping socio-economic development of the country which is the result of the consistent implementation of Turkmen President Gurbanguly Berdymukhamedov's policy of reform."

The Turkmen government invited exiled opposition parties to participate in the vote via the sponsorship of candidates by Turkmenistan-based citizens' initiative groups. But the prevailing climate of fear inside Turkmenistan, and a profound lack of trust in Berdymukhamedov to keep his word, prompted opposition leaders to shun the vote.

"Our [Republican] party considered the issue of forming such group (naturally, without announcing that behind it was the opposition) and field candidates from it,” Nurmukhammed Khanamov, leader of the opposition Republican Party in exile, told Germany's Deutsche Welle public broadcaster on December 12. Khanamov went on to say that his party ended up abandoning participation plans out of concern for the safety of individuals in Turkmenistan. He asserted that anyone in Turkmenistan suspected of working with the party would have faced arrest.

Berdymukhamedov’s regime likewise extended an invitation to the OSCE's Office for Democratic Institutions and Human Rights (OSCE/ODIHR) to send an election assessment mission. ODIHR declined to dispatch anything more than a token number of representatives. "In line with ODIHR’s methodology for assessment missions, the mission will not carry out systematic or comprehensive observation of the voting, counting and tabulation on election day. Mission members will, however, visit a small number of polling stations to follow election day procedures," OSCE/ODIHR said in a statement in early December.The mission’s report is expected to be published in February.