Turkmenistan: Back in the Gazprom groove?

Ashgabat looks to Moscow to resume buying gas, but wants to keep Europe onside at the same time. 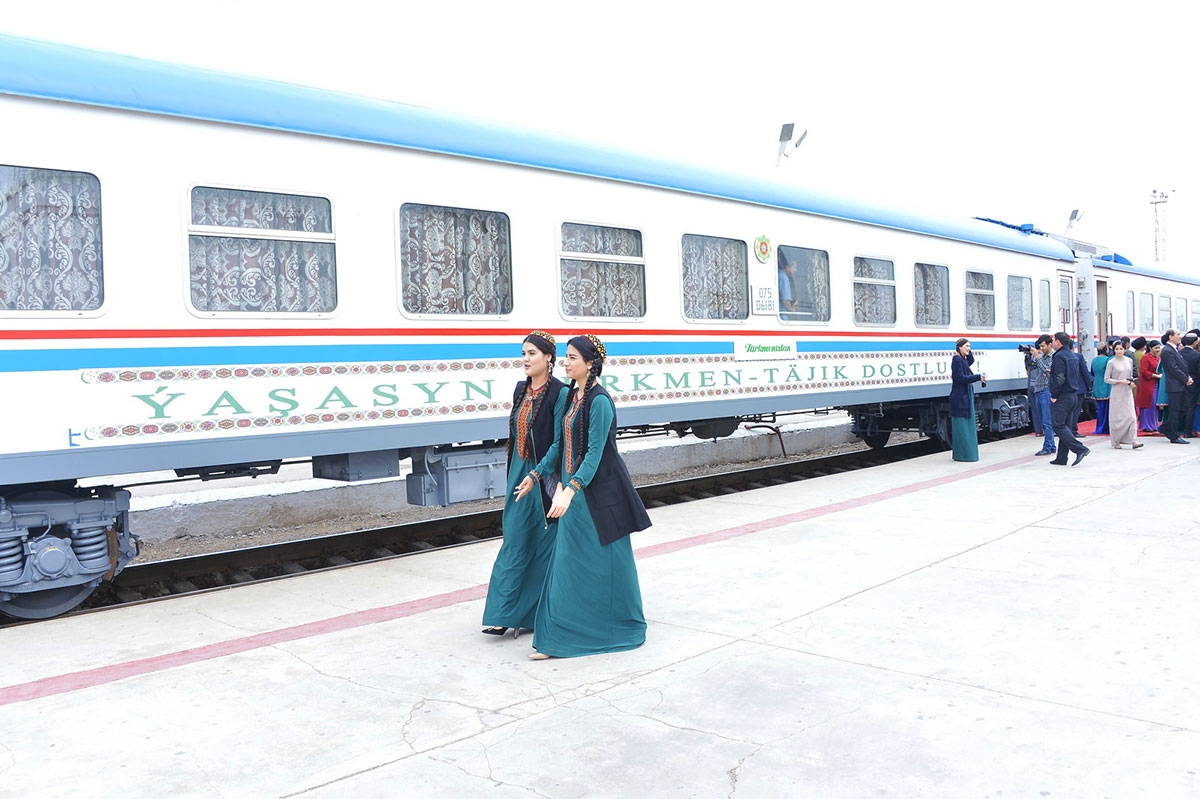 Singers are allowed to travel abroad, students are not. (turkmenistan.gov.tm)

The head of Russian natural gas behemoth Gazprom traveled to Turkmenistan this week and indicated that Moscow would resume buying fuel from Ashgabat from next January. No details were provided about the volumes under discussion, but Gazprom chief executive Alexei Miller said he expected that "agreements [regarding such sales] will be achieved very soon.”

Russian Deputy Prime Minister Konstantin Chuychenko, who was also part of the same delegation, told Turkmen state media that Russian firms would evaluate whether to take part in "big energy projects in Turkmenistan, including in deep gas processing and the establishment of new facilities."

This all seems very exciting, particularly as Turkmenistan has not sold a drop of natural gas to Russia since January 2016. Ashgabat may not even have been paid for deliveries the previous year. A July 2015 statement from Turkmenistan's Oil and Gas Ministry alleged that Gazprom was not paying its debts. That claim now appears to have been dropped.

How things change. Just a decade ago, Turkmenistan was shipping some 45 billion cubic meters of gas to Russia per year, nearly double what it sold last year to China, its only remaining client.

Experts believe Ashgabat should hold off cracking open the champagne for the time being. As James Henderson, an analyst at the Oxford Institute for Energy Studies, told S&P Platts, Gazprom may back out of this tentative deal unless Turkmenistan is willing to be flexible on prices and terms of delivery.

One theory floating out there is that Moscow may just be trying to scupper the prospects of a trans-Caspian pipeline, whose existence would serve to fill Europe-bound routes. Possibly to dispel such talk, Foreign Minister Rashid Meredov on October 12 traveled to Brussels to meet with Maros Sefcovic, the European Commission Vice President for the Energy Union, and Federica Mogherini, the EU's foreign affairs chief. RFE/RL's Turkmen service, Azatlyk, noted that it was believed this was Meredov’s first visit to Brussels in five years.

In other diplomacy news, Thomas Henry Ashton, the Fourth Baron Ashton of Hyde and a hereditary peer in the British House of Lords, swung through Turkmenistan, also on ostensibly energy-related grounds. The Foreign Ministry said discussions with Ashton touched upon the “fruitful work” enjoyed with British energy companies, and it gave BP as an example. An odd example, as it happens, as the company has no operations in the country that are known of.

Turkmenistan is trying to patch things up with Tajikistan after a still-unexplained, weeks-long embargo on Tajik trucks crossing its territory. On October 14, state news agency TDH announced the arrival of a Turkmen cultural delegation in Dushanbe. In less happy news around the same time, Azatlyk reported that Turkmen border guards were preventing young people pursuing their studies in Tajikistan from leaving the country. So singing yes, studying no.

The restrictions show no sign abating, despite mounting demand by Turkmen citizens to leave the country. Azatlyk has noted that there are no less than 200 people seen daily at the ticket sales office for Turkmenistan Airlines in Ashgabat. The massive shortage of tickets means that people without connections or unable to pay bribes have trouble getting seats.

Somebody apparently finds it easier to get in and out, although it helps that they are likely very close to President Gurbanguly Berdymukhamedov. The exile-run Chronicles of Turkmenistan reported on October 15 that the presidential aircraft had flown to Frankfurt in Germany the previous day and returned just one hour later. The plane made four such trips in June alone and over half a dozen so far this year. No reason for the flights has been given.

In a stark departure from custom, Berdymukhamedov actually alluded in an October 12 meeting of the Cabinet to something going wrong in the country. He talked about problems creating jobs and even acknowledged that the expensive new Caspian Sea port he launched in Turkmenbashi this May was not operating at full capacity.

In doing so, he has only said aloud what Turkmenistan-watchers have been saying for years. Lacking reliable data, some speculate that unemployment may be as high as 50 percent. As to the port, the previous port operated well below capacity, so it is unclear how Berdymukhamedov expected this white elephant to become a success.

Some of the president’s other remarks at the Cabinet meeting attest to his unique sense of perspective. At one point, he lambasted state media, complaining that it was not doing enough to praise his regime’s successes.

To address all these issues, Berdymukhamedov fell back on a tried-and-tested method of rebuking shirkers. Five officials received severe reprimands for "serious shortcomings in their work."

If senior officials are by and large immune from real repercussions for their misdeeds, those lower in the pecking order do not have it so lucky. According to the Netherlands-based Alternative News of Turkmenistan, an unnamed official from a subsidiary of state oil company Turkmenneft was arrested for embezzling funds earmarked for buying steel pipes. The outlet claimed that senior officials in the company sought to turn the official into a fall guy for a shortage of the pipes that predated his appointment.

Speaking of shortages, the Chronicles of Turkmenistan reported on October 15 that water has been available in the cities of Turkmenbashi and Balkanabad only between 6 p.m. and 10:00 p.m., despite (or maybe because of) the fact that water is supposed to be free. Until next year that is. In September Berdymukhamedov ordered the end to the two decade-long tradition of free water handouts come January.

Gas will also be sold locally at market prices beginning in January. So even if Gazprom does not provide Ashgabat with a financial lifeline, Ashgabat will attempt to squeeze every last manat out of its population rather than use its economic crisis to reexamine fundamental flaws in how it is governed.