The president wrestles with mortality and Muhammad. 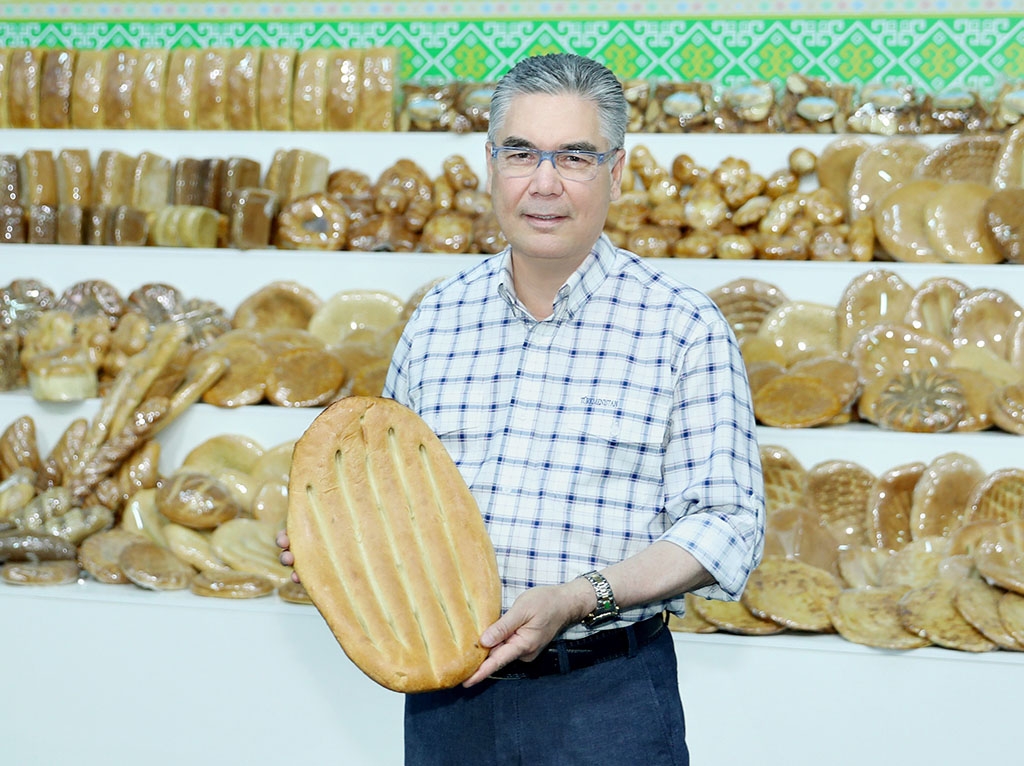 It might be a trivial question to pose, but how many pairs of glasses and checked shirts does Turkmenistan’s president actually own?

Back in April 2019, Turkmenistan-watchers were greeted by the surprising sight of Gurbanguly Berdymukhamedov wearing spectacles. The development was worthy of note if only because the cult of personality erected around Berdymukhamedov is so strongly contingent on the myth of his intense physical fitness.

For the official narrative to allow for short-sightedness, not to speak of the greying hair that suddenly appeared in August 2018, was a dramatic concession to the possibility of mortality.

Since that time, the glasses have been worn seldomly, but they have made a bold, nearly daily, return since the middle of June. What is more, Berdymukhamedov never seems to wear the same pair two days running. The same goes for the cheerful, long-sleeved button shirts he took to wearing during his recent tour of the provinces to check that farmers were growing wheat properly.

These get-ups are presumably intended to cast the image of a wise and deliberative and yet radiant personality. But they do unwittingly also betray an air of indulgent luxury. While the country endures chronic unemployment and recurrent food shortages, their president disdains using the same glasses or clothes more than once or twice. Not to speak of the cars and bicycles, of which Berdymukhamedov possesses a seemingly endless number.

This contemptuous acquisitiveness is naturally shared by Berdymukhamedov’s extended clan. Amsterdam-based website Turkmen.news captured this well in a video story uploaded to June 19 that dwelled on the eye-popping avarice of one Kemal Rejepov, a relative of the president by marriage. And quite a loose relative, incidentally, which attests to how many members of the clan feed at the trough – Rejepov is the son of a brother of Berdymukhamedov’s brother-in-law.

Rejepov has documented his own wealth – acquired one may only imagine how, since it is unknown what work he does – on his social media accounts. He has a particular fondness for chunky Swiss-made wristwatches, a couple of them costing hundreds of thousands of dollars, according to Turkmen.news’ findings. Rejepov also owns a fleet of expensive cars. Berdymukhamedov implicitly endorses this form of fleet-building through his passion for motorsports – a luxury wholly out of reach to any normal Turkmen – as demonstrated by his own ludicrous drifting antics.

The problem of what one buys a man who already has everything is looming for Berdymukhamedov’s well-wishers, since it will be his birthday on June 29. And this is an important milestone.

A Kremlin spokesman had told the media on June 10 that they had received word that the Turkmen leader would be attending postponed Victory Day festivities taking place in Moscow on June 24. But there has been a change of heart since then. As Berdymukhamedov told Russian President Vladimir Putin in a telephone call on June 19, he will on June 29 be turning 63 years old, purportedly the age that the Prophet Muhammad was when he died, and Turkmen custom mandates that he spend this important time with family and friends. Berdymukhamedov would supposedly have to self-isolate following any visit to Moscow, in deference to coronavirus precautions, so no trip. This was all obviously known even prior to last week, so one can only imagine the Turkmen leader has been rattled by the news that Kazakhstan’s former president, Nursultan Nazarbayev, came down with the virus – news that emerged on June 18, one day before the call to Putin. The Kremlin’s website, usually efficient in recording such exchanges, has mysteriously disdained to carry a readout of the call. Time will tell if Putin, a man liable to take such embarrassing snubs personally, lets this one slide.

Turkmenistan is persisting with its hyper-secretiveness over its own situation with coronavirus, as evidenced by its chronic efforts to delay a visit from a World Health Organization mission. The government still insists the country has had no COVID-19 cases. As long ago as May 8, Foreign Minister Rashid Meredov was assuring reporters that the WHO was welcome to come. And yet, the visit never happened. More recently, it has been suggested the delegation could arrive in June, but that too was untrue. Meredov has now promised the mission will definitely be coming in early July.

Given such evasiveness, the smart money is on the likelihood that Turkmenistan is, in fact, trying, and probably struggling, to cope with a coronavirus outbreak, which makes the sight of much of Ashgabat’s international diplomatic community – including the WHO country representative – packed into one meeting room to discuss the pandemic all the more bewildering. 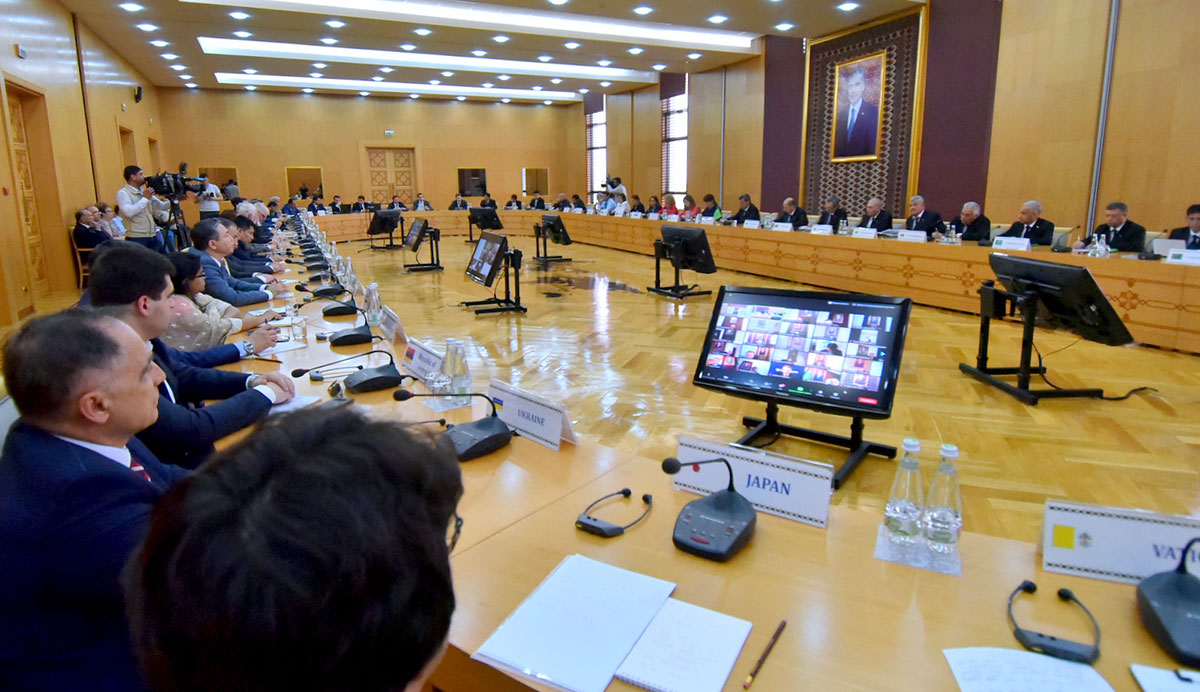 In another missive from the land of garbled obfuscation, Karachi-based The News International on June 22 reported on fresh discord over the planned Turkmenistan-Afghanistan-Pakistan-India, or TAPI, gas pipeline. The essence of the disagreement reportedly stems from the current arrangement that envisions Pakistan buying future gas supplies at the Turkmen-Afghan border, which would imply Islamabad having to swallow the cost of any fuel that somehow goes missing along the way. “All issues, including delivery point and gas price review, are on the table and under discussion with the Turkmen side and we are going to resolve them,” an unnamed Pakistani energy official is quoted as saying.

For TAPI naysayers, such impasses are just confirmation that the project, which has felt a lot like wishful fantasy ever since it was dreamt up in the 1990s, is doomed to failure. Another way of considering matters, though, is that partners who know that an initiative is destined never to get off the ground would hardly spend so much time haggling over prices, which is what is happening here.

A powerful argument against the latter reading is the continued existence of the annual Human Rights Dialogue forum between the European Union and Turkmenistan, which saw its 12th session on June 18.

“The parties exchanged views on the legal framework for the protection of human rights in Turkmenistan, as well as its implementation, the situation of civil society, fundamental freedoms, conditions in detention, cooperation with UN special procedures, as well as individual cases of concern, including human rights defenders,” the EU delegation said in a statement about this pointless exercise.

A cynical reading would allow that the EU is pretending to be dealing with a good-faith interlocutor as a fig leaf for when the really important business of somehow, one day, getting Turkmen gas into the European market picks up serious momentum.