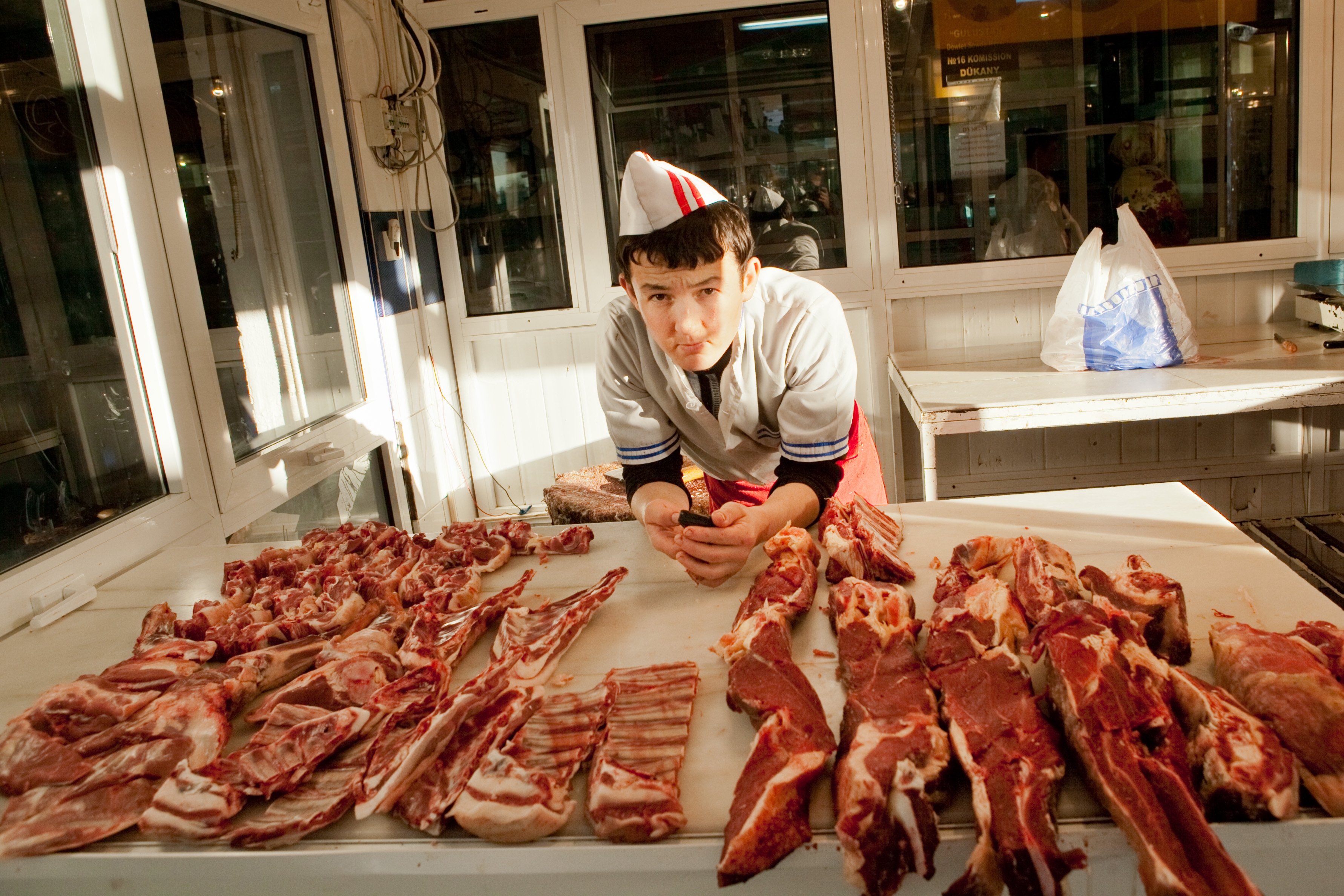 Food prices are on the rise in Turkmenistan. (Photo: David Trilling)

When shoppers in Turkmenistan went to the store this weekend, they were greeted by an unpleasant surprise: Bread prices had tripled and flour prices had doubled.

The immediate cause seems to have been linked to fluctuations on the grain market, though authorities have refrained from explaining the development. Prices for staple goods are tightly controlled – and heavily subsidized – by the state, and thus far analysts doubt the recent changes signal a tentative attempt to liberalize the economy. In any event, flagging subsidies, and the official silence around them, have prompted both grumbling and questions of what the president is planning next.

In the first price hike of its kind since 1997, the cost of a loaf of bread at state-run shops suddenly rose threefold on July 6 to $0.21, while domestically produced flour doubled to $0.35 per kilogram. Though no reliable figures exist, average salaries in Turkmenistan are believed to hover around $200 a month.

People in the capital, Ashgabat, have been discussing the price hikes in earnest. “How does this fit in with the president’s slogan: ‘A Government For the People?’” Murat, an Ashgabat resident in his 40s, asked.

“What am I supposed to do? I have a big family -- 10 people. We can’t go without bread,” said another middle-aged man as he packed six loaves into a plastic bag at the Tekinsky Bazaar.

A talkative market trader, Dzhennet, said lepyoshki, the flatbread favored all over Central Asia, were selling for 1 manat ($0.35) early on July 6. She put up the price to 1.60 manat ($0.56) by the afternoon as news of the price increase spread. By Saturday, July 7, “our private suppliers put up their prices by another 0.40 manat, and now we have to sell the large lepyoshki for 2 manat,” she told EurasiaNet.org.

Although state media has not reported any of this, it appears that price rises are linked to the disappointing recent grain harvests and the unprecedented decision to begin exporting wheat in 2010. That year, the wheat harvest had reached a record 1.5 million tons, according to official statistics. By 2011, it dropped to 1.3 million tons and, this year, the figure fell again to 1.2 million tons, substantially short of the 1.6 million-ton production target.

The amount produced this year is roughly equivalent to annual domestic consumption. So once exports are factored in, local consumers could find themselves facing shortages or, perversely, having to buy more expensive imported flour.

Earlier this month, the bad harvest news prompted President Gurbanguly Berdymukhamedov to harshly rebuke four provincial governors and dismiss Agriculture Minister Merdan Bayramov, who had served in the post since January 2011, for a “grave dereliction of his duties.” (In Lebap Province, on the other hand, which reported an above-average harvest, Berdymukhamedov awarded the regional government a brand-new Cadillac Escalade luxury SUV).

The prices for bread and flour aren’t the only ones rising. At the start of July, for example, the owners of trucks and tractors lost the right to the free gasoline they have enjoyed since February 2008. However, analysts caution that this is unlikely to signal any larger loosening of the state’s economic reins.

“Given the near Soviet-style state of the Turkmen economy it is hard to consider the increase in wheat prices as a step towards price liberalization. It is rather a mere response to disappointing harvest figures,” said Lilit Gevorgyan, a regional analyst with IHS Global Insight in London. “Drivers of regular vehicles … will still receive the subsidies that are important for overall political stability. Of course, price increases will have inflationary pressure on the wider economy.”

Authorities are trying to mitigate discontent. They maintain the practice of granting free household gas, water, electricity and salt. And, at a recent government meeting, Berdymukhamedov revealed that state salaries would rise 10 percent in 2013, while pensions would be increased by 15 percent.

“The state budget next year should be completely oriented toward social aims, so that our people may live even better, and become happier and richer,” he said at the televised July 6 meeting.

But Gevorgyan argues the raises are “unlikely to match the three-fold wheat price increases.”

Back at Ashgabat’s Tekinsky Bazaar, consumers are getting used to the changes. One trader named Kumysh persuaded a customer to pay 2 manat per kilogram for the last remaining sack of higher-grade Kazakhstani flour. “Look, the next consignment is going to be more expensive,” she said.

The prospect of costlier grain has also had an immediate knock-on effect in other areas, like meat. At Gulistan, another market in the center of Ashgabat, the real cost of beef has gone up by 1 manat, to 16 manat ($5.96) per kilogram, while prices in display windows hover around the 12-manat mark – a largely fictitious figure. "We only sell the offal that hardly anyone buys at those official prices. We sell the rest of the meat at market prices," admitted one butcher. "We cannot afford to sell at a loss."

Bakhargul, a woman in her 50s, predicted that the government would cave fast to popular disgruntlement.

"This scandal with the prices cannot last long," she told EurasiaNet.org. "I think it will be 10 days before the government intervenes and prices fall again.” And sure enough, at one state shop, the price for a loaf of heavy black bread dropped on July 9 back down to $0.16, though it had been bumped up to $0.28 only three days previously.

What will happen next with bread prices is anyone’s guess, but it’s not only average working people affected: The belt-tightening is even hitting top officials. With the heads of government departments beginning their weeklong summer break on July 9, Berdymukhamedov said the government will only cover the cost of three days holidaying at the Avaza tourism complex on the Caspian Sea.

“After that, you can stay there and pay for your holidays yourselves,” he said at a televised government meeting.