A landmark agreement may provide Turkmenistan with long-term opportunities, but short-term risks mount 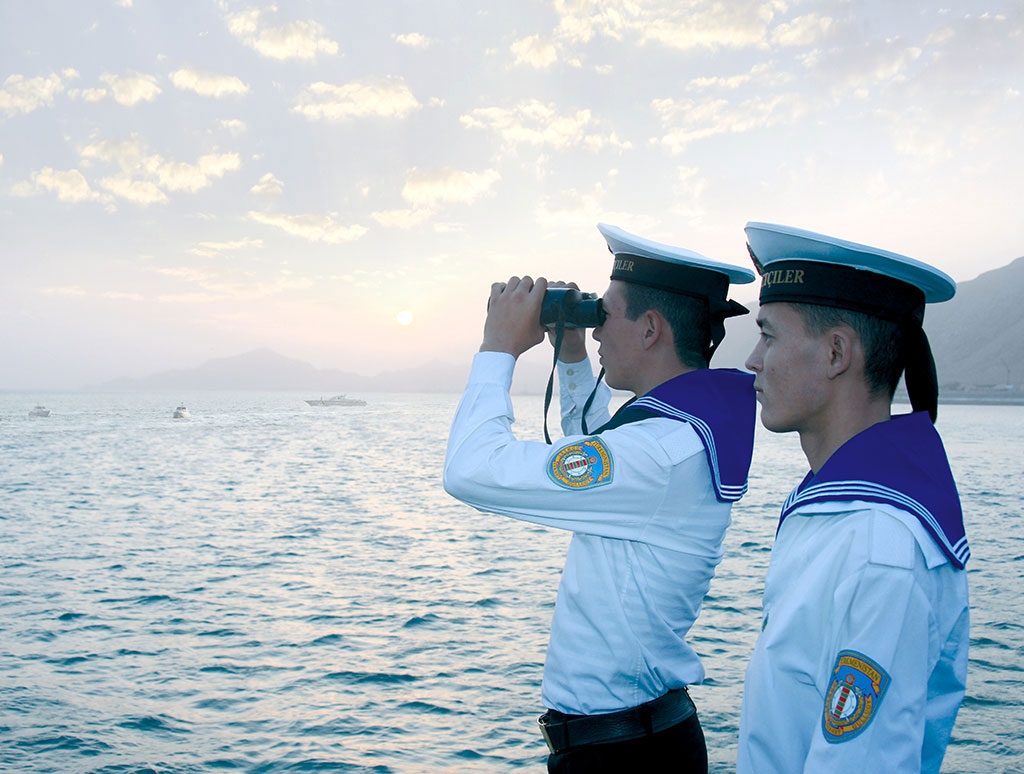 Searching for the windfall (Turkmenistan.gov.tm)

On August 12, President Gurbanguly Berdymukhamedov was in Aktau, Kazakhstan, to take part in the Fifth Caspian Sea Heads of State Summit, where the Convention on the Legal Status of the Caspian Sea was signed. The treaty is a landmark development for the energy-rich region that should boost prospects for the oft-touted-but-never-routed Trans-Caspian Pipeline. How soon any such benefits may arrive is a major question for crisis-stricken Turkmenistan.

As Bruce Pannier of RFE/RL noted, however, significant details remain unresolved, including a delineation of Turkmenistan’s sub-sea borders with Azerbaijan and Iran.

Turkmenistan’s state news agency TDH notably did not hail the agreement as the end-all-be-all for the sea. This was further underlined by Berdymukhamedov’s own suggestion “that the foreign ministers of the five [Caspian Sea littoral] countries be instructed to consider the practical implementation of this provision in the nearest future after the summit.” TDH described this as an invitation “to hold the first Caspian Economic Forum in Turkmenistan.” Nonetheless, TDH’s extended write-up attempted to cast all the progress in negotiations over the Caspian as the result of Turkmenistan’s own initiatives.

Berdymukhamedov prepared for the summit in a typically idiosyncratic manner, taking part in a televised live-fire exercise on August 10 and watching military exercises on the Caspian. Given that the new treaty bars foreign militaries from the Caspian waters – and Turkmen media regularly claim the country has excellent relations with all those who also line its shores – the purpose of such drills is unclear, and at the least risked sending the wrong message.

There can be little doubt why Turkmenistan wants the Trans-Caspian Pipeline up and running sooner rather than later – its economy is in dire straits. More evidence of this was provided by Economist Intelligence Unit analyst Sam Bhutia, who pointed out how imports had fallen 60 percent in dollar terms in the first four months of this year, marking an even sharper drop on the 12 percent decline in 2017. While the government might want to attribute this trend to success in its import-substitution agenda, the figures suggest something less salutary at play.

The foreign-based Alternative News of Turkmenistan ran a report from a local correspondent on August 8 that noted how taxi fares and market prices have more than doubled in manat terms. It also offered additional anecdotal evidence of the economic devastation affecting Turkmenistan's inhabitants by highlighting the increasing prevalence of panhandling in Dashoguz province.

The Chronicles of Turkmenistan, which is also based abroad and aims to break through the state’s information blockade, reported on August 8 that the demand for dollar-denominated bribes was also affecting those looking to improve their lives without needing to leave the country. Bribes for admission to local universities can now range into the tens of thousands of dollars. Turkmen officials themselves will apparently no longer accept bribes in manat. The outlet had also claimed on August 7 that prices for tickets out of Ashgabat to Moscow have increased by some 50 percent since March and that the bribes paid to secure tickets and avoid restrictions on leaving the country were being demanded in dollars.

Despite it all, some risk-averse investors are supposedly trickling in. On August 8, Berdymukhamedov shared news of a Turkish-led project to build a retail and business park in Ashgabat. This is a notable development given the issues faced by Turkey's Polimeks holding, which claims Ashgabat is delinquent on a series of road contract payments.

The project Berdymukhamedov announced is being developed by a company called Rönesans Holding. Rönesans has an interesting history. In a 2012 FT interview, Rönesans' billionaire chief executive and founder, Erman Ilicak, traced his firm's success to having gained the approval of Vladimir Putin, then deputy mayor in St. Petersburg, for forming his business in 1994. In the same interview, Ilicak noted his firm was blindsided by the revolutions in Libya and Syria but would continue to work in high-risk markets. Perhaps most revealingly, Ilicak, in describing his firm’s business model, noted that “I cannot say we are great at really understanding the people because always you talk to the top of the pyramid. [But] this doesn't change our appetite: high risk and high growth.”

It is left to the reader to divine what informal practices “talking to the top of the pyramid” might imply. But Ilicak certainly knows what he is doing. Rönesans has previously built government ministry buildings in Ashgabat, all “faced with white Italian marble,” and Turkmenistan’s embassy in Minsk. The company is also investing in a troubled fertilizer plant in the country.

Meanwhile, RFE/RL's Turkmen service, Radio Azatlyk, reported on August 10 that state provisions are so lacking that prison inmates are suffering from mass malnutrition, extortionate prices in canteens and tuberculosis epidemics. It is not much better on the other side of the prison walls. Azatlyk reported on August 7 that security forces are responsible for making food even more scarce, barring citizens from selling home-grown food and vegetables in local markets. A video posted on Azatlyk appears to show one such incident, of police angrily moving hawkers along at Dashoguz's Daikhan Bazaar.

Another international development that could generate more misery is the rapid collapse of the Turkish lira. Although World Bank remittances data is scant on account of the Turkmen authorities’ reluctance to share or inability to collate reliable figures, there is every reason to believe Turkey is an important source of hard currency for many Turkmen citizens.

Depending on how one looks at it, this latest round of Caspian diplomacy may have provided a lifeline, but the window of opportunity is likely a narrow one. And going by previous conduct, the government appears likely to use this time by continuing to misspend on vanity projects, mishandle food crises and intensify repressive measures.