Turkmenistan: Come fly away with me 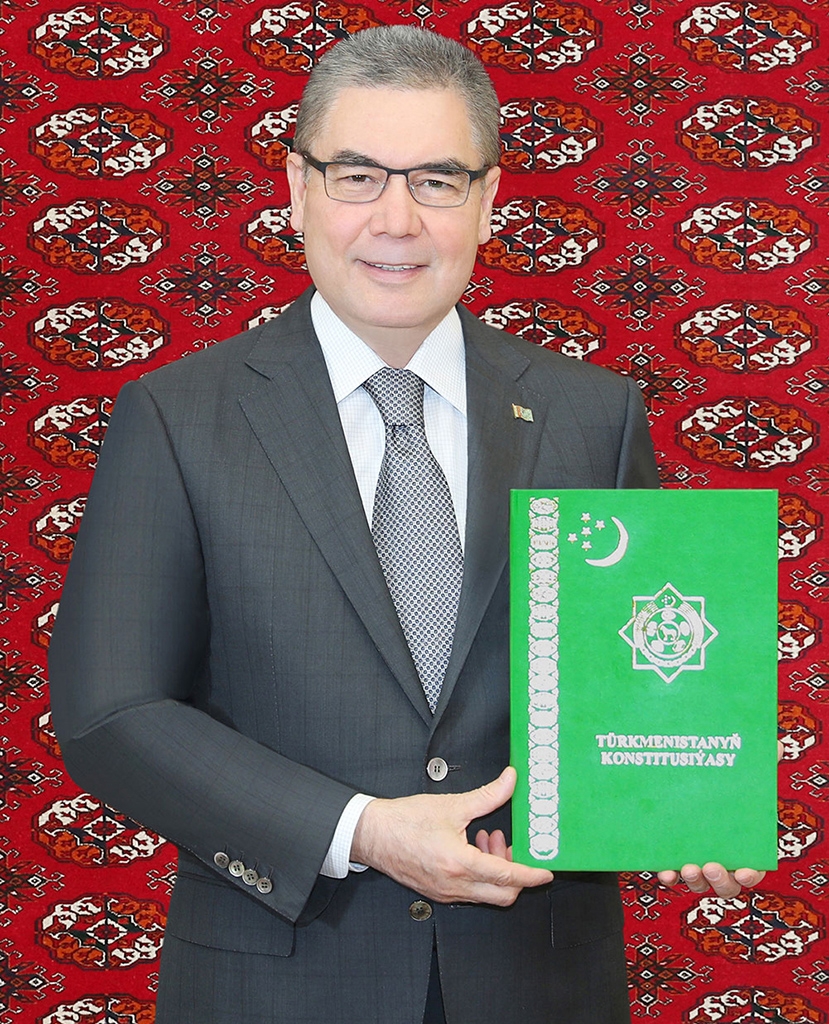 Work on overhauling Turkmenistan’s constitution is proceeding at full steam.

“Overhauling” may be overstating matters, however. Lengthy state news agency accounts about the amendments are notably lacking in granular detail about what is happening, or why the changes are being implemented. It is only stated that the reforms will serve the interests of the “democratic development of Turkmenistan” and of maintaining a “balance between the interests of the state, society and citizens."

The only concrete evolution, and it is theoretically no small affair, is that the parliament will become bicameral. President Gurbanguly Berdymukhamedov’s regime has made do with one chamber for years, purely for decorative purposes. The fantasy of this parliament having any significance, and Turkmenistan being on any kind of trajectory toward democratization, is willingly humored by salary-people at the Organization for Security and Cooperation in Europe, which farcically engages with Turkmen lawmakers as if they had any importance. This week, it was the turn of a transnational talking shop called the Inter-Parliamentary Union, working in league with the United Nations and Austria’s legislature, to engage in a time-wasting exercise of “strengthening interparliamentary cooperation.”

But two legislative chambers for Turkmenistan? Why?

The only viable notion is that this is a lumbering succession mechanism, as discussed in earlier bulletins. Central Asian authoritarians – like Uzbekistan’s late Islam Karimov or Kazakhstan’s former President Nursultan Nazarbayev – in their time tinkered ineffectually with their legislatures as a prelude to successions that never quite worked out as expected. In Uzbekistan, this was in large part because Karimov died in the saddle. In Kazakhstan, legislature-engineering as a facilitator for political transition remains a cursed option because the elite there lacks the guts and imagination to usher in a genuine presidential-parliamentary system.

Turkmenistan has the advantage of knowing this is all meaningless pageantry and that change only serves the purpose of keeping things as they are. Still, even the magnificently deluded Berdymukhamedov appears to perceive that these shenanigans carry no real legitimacy.

For this reason, reports on the state news agency and television about the Constitutional Commission meeting of August 19 refer with exhausting repetitiveness to how the people have been actively engaged in the reform process, how consultative bodies up and down the system have contributed, how the masses are being instructed about the nature of the reforms, and so on. Gulshat Mamedova, the chairwoman of the Mejlis, added for good measure that “thousands of petitions were sent by the people in support of the president’s [constitutional reform] initiatives” made in September 2019.

With that throat-clearing out of the way, the proposed reforms will now be forwarded to the Khalk Maslahaty, or People's Council, a pseudo-popular forum of government officials and local dignitaries that is expected to convene on September 25. After that, the Mejlis will perform its rubber-stamping duties.

Turning to more concrete matters, the government is mobilizing to try and mitigate possible food shortages ahead. Deficits of staple goods have bedeviled Turkmenistan in recent years – a fact that the authorities acknowledge only obliquely – but the coronavirus pandemic made this an especially awkward few months.

Baku-based news agency Trend reported on August 21, citing Eurasian Economic Union data, that exports of palm and sunflower oil from Russia to Turkmenistan increased eight-fold year-on-year in the first half of 2020. As Vienna-based Chronicles of Turkmenistan has noted, Turkmenistan endured an acute shortage of vegetable oil from March to May, and the government is eager not to see that repeated. The deficit was only closed thanks to a large consignment from Russia in May.

On August 17, Berdymukhamedov reminded provincial governors about the importance of guaranteeing a good potato yield. Potatoes and other vegetables should be available to the population all year round, he said, noting that the construction of refrigerated warehouses in the provinces might be a good solution.

The prospect of a new round of shortages is made probable by the way that Turkmenistan closed its borders as an anti-coronavirus measure in February. Ashgabat insists mendaciously that this forward-thinking behavior has ensured it remains free of COVID-19 cases, but it also had the effect of driving up prices for imported items like onions and potatoes. Back in late February, Chronicles was reporting on how potatoes had disappeared from the bazaars altogether, seemingly because of a halt of supplies from Iran.

Some degree of railroad communication has resumed between Turkmenistan and Iran, but trucks will reportedly have to wait until September 1 to begin crossing the border.

There is no useful way of accurately assessing the gravity of Turkmenistan’s COVID-19 situation, since the government denies it has recorded any cases, and has been partly abetted by the World Health Organization in perpetuating this line.

Amsterdam-based Turkmen.news reported on August 18 that the Turkish Embassy and Turkish infrastructure company Calik Holding organized a charter flight to bring more laborers into Turkmenistan, although a certain number of foreign nationals were also leaving. Most of the traffic has been outbound, however. Turkmen.news reported that specialists working for a Turkish shipbuilding joint venture were flown out on August 7. Gülhan Shipyard and Dearsan Shipyard are supposed to be building a corvette for Turkmenistan’s navy. French construction company Bouygues, which is responsible for most of Turkmenistan’s more exotic architectural follies, flew around 300 foreigners out on two flights on July 10 and August 5, respectively, the website reported.

Meanwhile, the Turkmen government has been returning citizens stranded outside the country since the pandemic began. Flights from India and Belarus on August 22-23 brought back hundreds of people, according to RFE/RL’s Turkmen service, Radio Azatlyk. Most of the travelers who had gone to India were there for serious medical treatments. Azatlyk reported that one passenger, a fifty-something woman who was in Delhi in the hope of receiving treatment for cancer, died on the flight.

The Russian Embassy too has got in on the act and chartered two flights for September 25 and 30 to transport their citizens out of the country. Organizing these flights has taken months of negotiating, Turkmen.news reported.

Finally, a chartered FlyDubai aircraft will be carrying other foreign nationals out of Turkmenistan on August 29.

This flurry of evacuations inspires little hope that the country’s self-imposed travel embargo is likely to be lifted soon. It hints in turn at the probability that Turkmenistan’s unacknowledged COVID-19 crisis is indeed serious and may not be acceptably contained imminently.