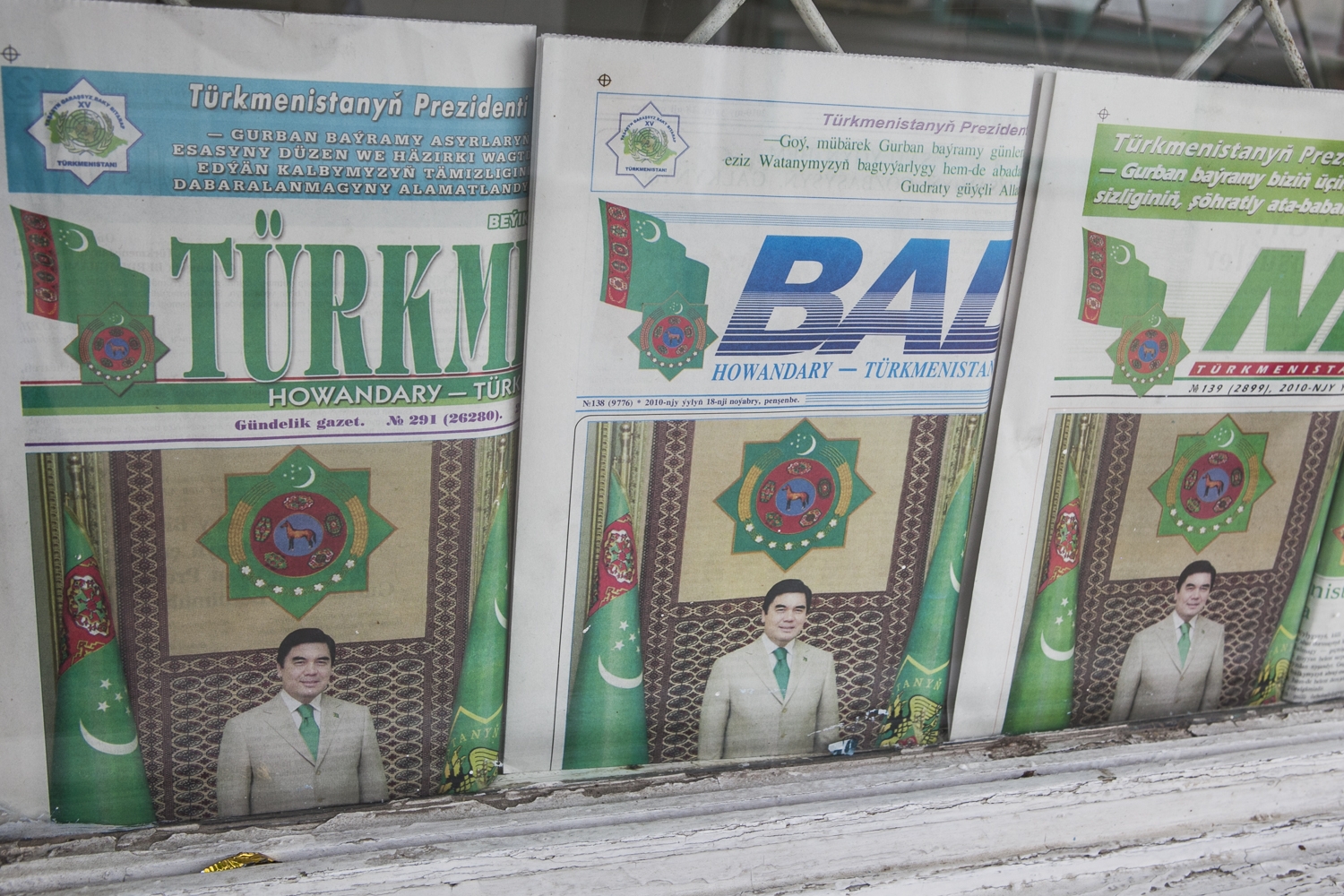 It is not often that you hear about cotton from Turkmenistan, although you may unknowingly be wearing it. Following a successful campaign by the Washington-based advocacy group International Labor Rights Forum, or ILRF, the crop may earn a higher profile while less of it will be exported.

Efforts by ILRF last week culminated in U.S. Customs and Border Protection announcing a ban on the import of cotton from Turkmenistan. The prohibition, which is underpinned by U.S. legislation banning slave-made goods, will extend to products made with cotton originating in the country.

U.S. trade with Turkmenistan is relatively insignificant, with imports from the Central Asian country amounting to only $13.8 million in 2017, according to the Census Bureau. But European Union statistics show that Turkey is Turkmenistan's second-largest global trading partner, which data from the U.S. Department of Agriculture in turn demonstrates is primarily due to Ashgabat’s cotton exports. America, in turn, buys textiles from Turkey.

There has been no response on this from the government in Ashgabat. Grain is the crop on people’s mind right now.

In traditional manner, President Gurbanguly Berdymukhamedov this week issued a diktat on the start to June grain harvests. Those dates are June 6 for Lebap province and June 13 for Dashgouz province. But these efforts could be complicated by epic crop-devastating salt and sandstorms now sweeping through the two regions, as reported on May 27 by RFE/RL's Turkmen service, Radio Azatlyk.

The harvest of cash portended by natural gas exports offers slightly more upbeat if very hazy prospects. On May 23, Reuters reported that the chief executive of the Turkmen-run company responsible for building the long-awaited trans-Afghan TAPI pipeline said he expects the financing for the project to be secured by the third quarter of this year.

Muhammetmyrat Amanov did not dwell on where those funds would come from, but just noted that his company is in talks with European export credit agencies and export credit insurers. These firms typically back funding provided through banking channels. So far, there have been no public declarations such funding is to be forthcoming.

In a development that may or may not be related, state news agency TDH noted that Berdymukhamedov severely reprimanded Finance and Economy Minister Batyr Bazarov on May 25, for “serious shortcomings” in his work. As ever, there were no specifics.

The sole publicly stated external support for TAPI comes from the Saudi-backed Islamic Development Bank, which agreed to loan up to $700 million towards the multi-billion-dollar project in October 2016. And as the Associated Press of Pakistan has reported, transit fee agreements have yet to be agreed between Turkmenistan and Pakistan, so it is difficult to understand how creditors will be prepared to sign off until the terms of the project are fully known.

Financing considerations may be less important for some partners, given the potential geopolitical significance of the pipeline. There have been reports that Saudi Arabia might provide further funding, although Riyadh has kept mum so far. It is a knotty picture. After all, Saudi backing for TAPI might further complicate Ashgabat’s efforts to re-start gas exports to Iran and resolve their ongoing dispute over alleged outstanding gas debts.

None of this can be anywhere near the top of people’s minds inside Turkmenistan, which continues to see desperate scenes of people lining up at stores for hours in the hope of stocking up on basic staples like cooking oil, flour and sugar. As Radio Azatlyk has reported, moods among the waiting crowds are becoming no less poisonous.

“In some cases, things descend to fisticuffs. Women fight, rip off one another’s headscarves, scratch each other’s faces. The men stand by and instead of breaking them up, they incite [the women] to fight one another. And people say, God help us if there is a famine,” wrote the Radio Azatlyk chronicler of one scene in Ashgabat.

Police are reportedly dispatched to shops to keep an eye out – not to prevent scuffles, but to avoid anybody taking pictures that might then end up online.

Radio Azatlyk did have some rare heartening news, though, when it revealed on May 26 that its correspondent Saparmamed Nepeskuliyev, who was jailed in 2015, had been released. Nepeskuliyev has also written for the exile-run Alternative News of Turkmenistan, which is highly critical of the regime. Nepeskuliyev was arrested and subsequently sentenced to three years on charges of possessing narcotics that RFE/RL and rights groups have called trumped-up.

Although it will be a relief to Nepeskuliyev’s family and colleagues that he has come out of prison, the fact it has occurred is hardly grounds for too much jubilation, a point well expressed by the Organization for Security and Cooperation in Europe’s media rights monitor.

“I welcome that journalist and @RFERL contributor #SaparmamedNepeskuliev from #Turkmenistan is finally free. But his freedom comes after having already served a 3 year prison term on trumped up charges,” Harlem Désir, the OSCE Representative on Freedom of the Media, wrote on Twitter.

It is not like there is nothing going on the foreign media front, however. As TDH reported, representatives of Kremlin-funded news channel RT (formerly Russia Today) on May 23 visited Ashgabat to meet their Turkmen colleagues. Going by TDH’s report, the visiting delegation appears to have engaged fluently in the ritual self-abasement and flattery that such outlets must perform when seeking authorization to work in authoritarian nations. As far can be divined, Turkmenistan seems to hope RT can help it raise its profile on the international stage through cooperation and training.

“The experience of such a large media holding can be very useful for Turkmenistan, whose information policy, as set out by President Gurbanguly Berdymukhamedov, is focused on accelerated integration into global information flows,” TDH reported.

Speaking of flows and media, Alternative News of Turkmenistan has claimed that police in the town of Gumdag are being ordered to inspect public toilets for evidence of whether people have been using copies of Neutral Turkmenistan newspaper to clean themselves. This slim publication always features an image of the president on its cover, so the implication is that toilet-goers are engaging in de facto lavatorial sedition.