The president hints at a suicide problem. This and more in our weekly briefing. 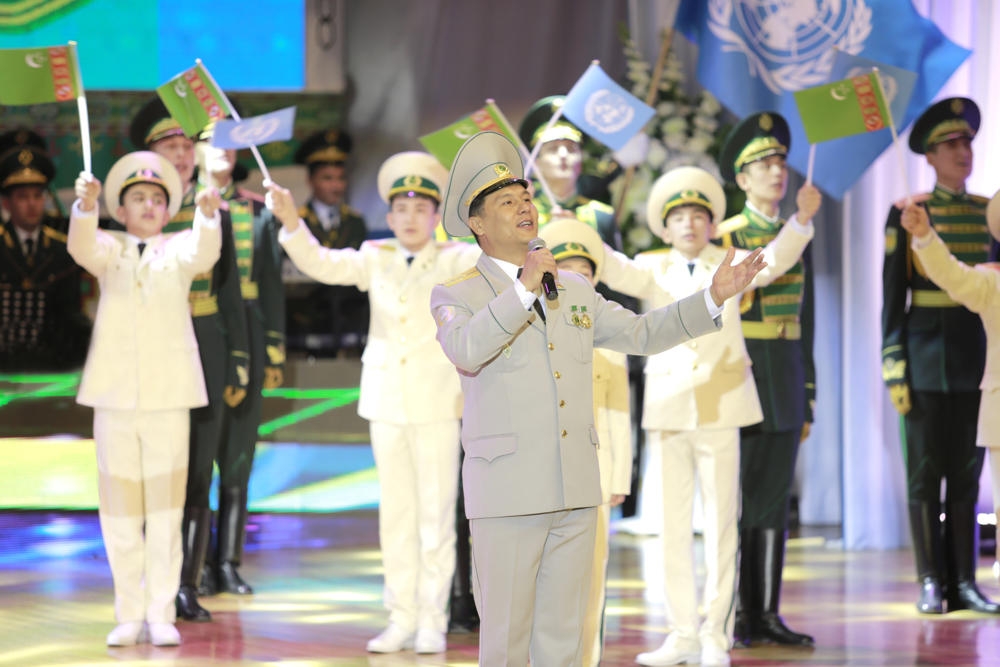 Is the Era of Might and Happiness driving people to despair? (state media)

With 2022, the year when Turkmenistan is due to conduct its next once-in-a-decade national census, looming on the horizon, thoughts are turning once again to just how many people actually live in the country.

RFE/RL’s Turkmen service, Radio Azatlyk, published a nightmare report on July 2, based on the insights of three, purportedly well-positioned, sources, that put the population at no higher than 2.8 million.

That is less than half of the 6 million that the authorities have to date been floating around.

The proposed causes for what looks like a demographic collapse of vast proportions are a familiar litany: low quality of life, in turn associated with sluggish birth-rates and increased mortality, and intense levels of migration.

Likely destinations for people seeking to flee joblessness and the dearth of opportunities for self-fulfillment include Turkey, Uzbekistan and Russia. In normal times, access to those countries is relatively easy, making this an appealing exit strategy. For reasons of safety, dissent may not be a viable way for people to register their discontent, so hundreds of thousands, if not millions, simply vote with their feet and suitcases.

For all of Azatlyk’s sourcing, however, the government will stick fast to its rosy picture. Or just keep mum altogether. The details of the 2012 census were never published at all, for reasons officials did not feel compelled to explain, an omission that generated the first whispers that all was not well.

Remarkably, even President Gurbanguly Berdymukhamedov last week let the mask slip by speaking in taboo-violating terms about the problem of suicide – as sure an indicator as any that a nation is in the throes of generalized existential despair. Western social economists diagnosing the malaise of their own countries have for some time taken to deploying the “deaths of despair” framework to explain how the psychological pressures of leading dead-end lives can lay entire generations to waste. But this is explosive stuff for the so-called Era of Might and Happiness, as this period of history is officially designated by the state propaganda machine.

Needless to say, though, Berdymukhamedov does not consider his own leadership a contributing cause to any of this.

“Suicide attempts occur most of the time among people with family problems and mental health troubles, and those who consume alcohol and psychotropic substances,” he is quoted as saying by Russian state news agency RIA Novosti, whose July 2 report (unavailable online) is based on televised remarks by Berdymukhamedov.

The TDH news agency report summarizing the July 1 security council meeting in which Berdymukhamedov is said to have made those comments does not carry the explicit allusions to suicide, but it did dwell in several passages on questions of morality, emotional well-being and social conscientiousness.

“One cannot be indifferent to the fate of people and the vices of society,” he is quoted as saying. “It is necessary to enable the peaceful and happy life of the people and the improvement of society.”

And how might that be achieved? By providing comprehensive support and assistance in enabling “people experiencing difficulties in life” to fulfil their rights and freedoms, Berdymukhamedov said.

Laudable goals, except that by any conceivable metric, countless Turkmen citizens are deprived of numerous fundamental rights and freedoms as described in international charters. And the fact that the president should have been talking about all this not in front of social care specialists, healthcare officials, or people responsible for mental health, but rather the heads of the police, army and security services is probably not encouraging.

Reading between the lines of Berdymukhamedov’s cryptic rambling is indicative of another troubling trend: rampant crime.

A key solution he sees here is for state officials to step up their surveillance activities. Berdymukhamedov suggested that law enforcement authorities could keep registries of problem citizens and work one-on-one with them to avoid them straying. In a benevolent reading, this could sound like an exhortation to do more community-based social work, an area into which Turkmenistan is dipping its toe. Again though, TDH’s report of this meeting mentions only uniformed cadres being present; no social workers.

One person who won’t be present at the next session of the security council is now ex-Interior Ministry Mammetkhan Chakiyev, who was fired from the post he had occupied since October 2019. His predecessor, Isgender Mulikov, was arrested immediately after his dismissal, but reassuringly for Chakiyev, Berdymukhamedov said he was being moved to another, albeit unspecified, job.

The Interior Ministry will be taken over by Ovezdurdy Khojaniyazov, who was Chakiyev’s number two. Khojaniyazov has little public profile to speak of, but one of his most recent positions, as of May at least, was as deputy head of the Awaza tourist recreation zone.

One thing that even the police or security services are helpless to counteract is the heat, which has been frighteningly intense this summer. Agriculture and Environmental Protection Minister Allanur Altiyev warned again on July 2 of another incoming wave of sweltering weather. Berdymukhamedov helpfully suggested not to go out in the sun too much and instructed government bodies to keep the public informed about the weather through print media, radio and television, just in case people couldn’t work it out for themselves.

State newspapers routinely carry dietary and clothing advice on how to best endure the current conditions, which have seen thermometers regularly record degree readings in the mid-40s Celsius (plus-100s Fahrenheit) and even over 50 at some locations in extreme cases. Things to avoid include fatty, fried and sweet food. “You must be careful that drinking water is not cold, since the risk of falling sick with [tonsillitis and acute respiratory infections] is greater during hot weather,” Olga Borodina, chief researcher at the state public health and nutrition department, wrote in Neutral Turkmenistan on July 5.

But the sweet-cold memo must not have been received by Berdymukhamedov, who was back in June ordering local factories to step up their production of ice-cream in view of the scorching weather.

As Azatlyk has reported, state infrastructure too is struggling to cope with the temperatures. Roads are melting, and most troubling for people’s health, supplies of water and the electricity used to power fans and air conditioners are faltering.

If this wasn’t enough to worry about, the instability in neighboring Afghanistan has crept right up to Turkmenistan’s borders. The Aqina border crossing has been standing idle for more than a week because of nearby fighting, thereby threatening four near-border Afghan districts supplied with food from Turkmenistan with the specter of famine.

Another, friendlier, foreign guest may be expected soon. The foreign ministers of Turkey and Turkmenistan held consultations by telephone on July 2 in advance of an expected visit from Turkish President Recep Tayyip Erdoğan.