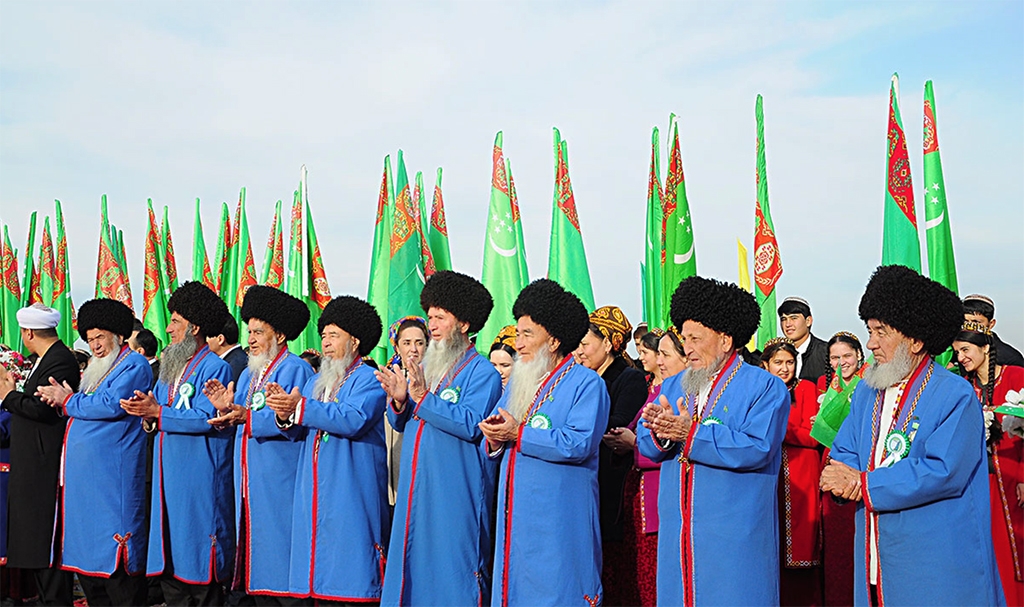 There is an ever-growing array of means by which to move goods from east to west, and vice versa.

Foreign ministers from Azerbaijan, Georgia, Romania and Turkmenistan met in Bucharest this week to adopt the notional blueprint for an addition to that list of transportation corridors. A more-or-less straight line drawn through those four disparate nations crosses the Caspian and then the Black Sea.

Transportation brings to mind trucks and cargo ships ferrying goods forward and back. But it is hardly happenstance that this particular route also describes what could one day become the most direct method of getting Turkmen gas to European markets. One link would be the long talked-about Trans-Caspian Pipeline, or TCP. And White Stream would bridge Georgia’s Black Sea coast to the southeastern edge of the European Union.

Skepticism still abounds over the prospect of such a vision ever coming to fruition, however. For example, Mehmet Öğütçü, chief executive of British-based energy investor advisor Global Resources Partnership, argued before a conference in London this past week that Turkmenistan was likely to remain excluded from the EU-backed Southern Gas Corridor "strictly for geopolitical reasons.” Öğütçü was alluding to potential objections from Iran and Russia.

The Turkmen state media writeup of the EU-Turkmenistan Joint Committee meeting that took place last week only briefly mentioned gas. Even then it was in the context of processing and investment rather than direct supplies.

A more unambiguous line was taken by the EU’s permanent envoy to Ashgabat, Lubomir Frebort, who reportedly spoke about Europe’s support for TCP. President Gurbanguly Berdymukhamedov likewise described implementation of this project as a pressing matter.

The remarks were made during a Berdymukhamedov-led visit to the Altyn Asyr lake, an undertaking of Ozymandian proportions that is intended to pool drainage waters flowing away from irrigated fields instead of simply allowing them to trickle away uselessly into the Karakum Desert. Berdymukhamedov’s inspection of the lake – more of a huge pond, if the shallow waters seen in the television pictures are anything to go by – is significant in view of suspicions that the project long ago juddered to a complete halt.

A bevy of Ashgabat-based foreign dignitaries were brought along to see the work with their own eyes. It is unclear how the diplomats reached the site, but Berdymukhamedov flew in by helicopter. One highlight of TV coverage was when the president stared unenthusiastically at a paddle pool full of fish that should eventually be populating Altyn Asyr. Later in the same footage, the diplomats were shown standing inside a building listening at length to Berdymukhamedov talk while beaming contentedly and nodding vigorously, to illustrate how much they agreed with him.

More bonhomie is breaking out between long-time frenemies Turkmenistan and Azerbaijan. On March 2, for example, Ashgabat ratified a deal on avoiding double taxation. This kind of thing might appear like a relatively trifling development, but it could make an incremental contribution toward the improvement in ties that will be needed to make TCP a reality.

In the broader picture, progress of reaching broad consensus of the future use of the Caspian Sea is proving frustratingly slow. A Convention on the Legal Status of the Caspian Sea was agreed last August. More multi-party discussions amongst the littoral states have taken place since, with the latest ending on February 26. These have tended to focus, however, on uncontentious issues, such as illegal fishing.

Brussels-focused news website EU Reporter had added to the accounts of woe from foreign investors with a February 28 article that again brought up the matter of the ongoing row with Belarus over a potash plant and Turkmenistan’s systematic refusal to pay its bills.

This notwithstanding, there are some outside companies that will not be scared away. One such is Germany’s Deutsche Bank, which sent a team to visit Ashgabat on February 26. The bank’s relationship to Ashgabat has long been viewed critically amid its refusals to detail the nature of the funds it manages for the regime.

Some domestic businesses are also seemingly flourishing, albeit with very substantial state support. Berdymukhamedov’s son, Serdar, the deputy governor of Ahal province, was again on hand to inaugurate two new projects in the Gökdepe district on February 27.

One was an agro-industrial complex and the other a factory producing reinforced concrete products. These facilities are among the first projects launched for a new urban sprawl planned for the district. Also in the pipeline is a fish farm. Notably, the government has recently made a point of prioritizing fisheries for privatization. This week, it handed over business in the sector to the Union of Industrialists and Entrepreneurs. This lobby group-cum-parastatal conglomerate has already received numerous exceedingly generous handouts from the state.

On the political front, Vienna-based Chronicles of Turkmenistan has speculated that it is only a matter of time before Serdar Berdymukhamedov is named head of a province, even though he has only been the Ahal deputy governor since the start of the year. The speculation has for several years been that his father, who turns 62 this year, is grooming him for succession.

Berdymukhamedov senior certainly seems to prefer a life of leisure. Following last weekend's outings to the golf course and racetrack, he engaged this past weekend in a cycling excursion, some horse-riding and a spot of calisthenics. His bike ride around Ashgabat’s utterly deserted Olympic village was meant to help egg on sportspeople to prepare for the 2020 Games in Tokyo. One tip volunteered by the president was that athletes should be psychologically well-prepared and filled with patriotic spirit.

Berdymukhamedov even found time to release a new book on horsemanship.