For a leader so uninterested in representative government, Berdymukhamedov has done a lot of fiddling with the legislative branch. 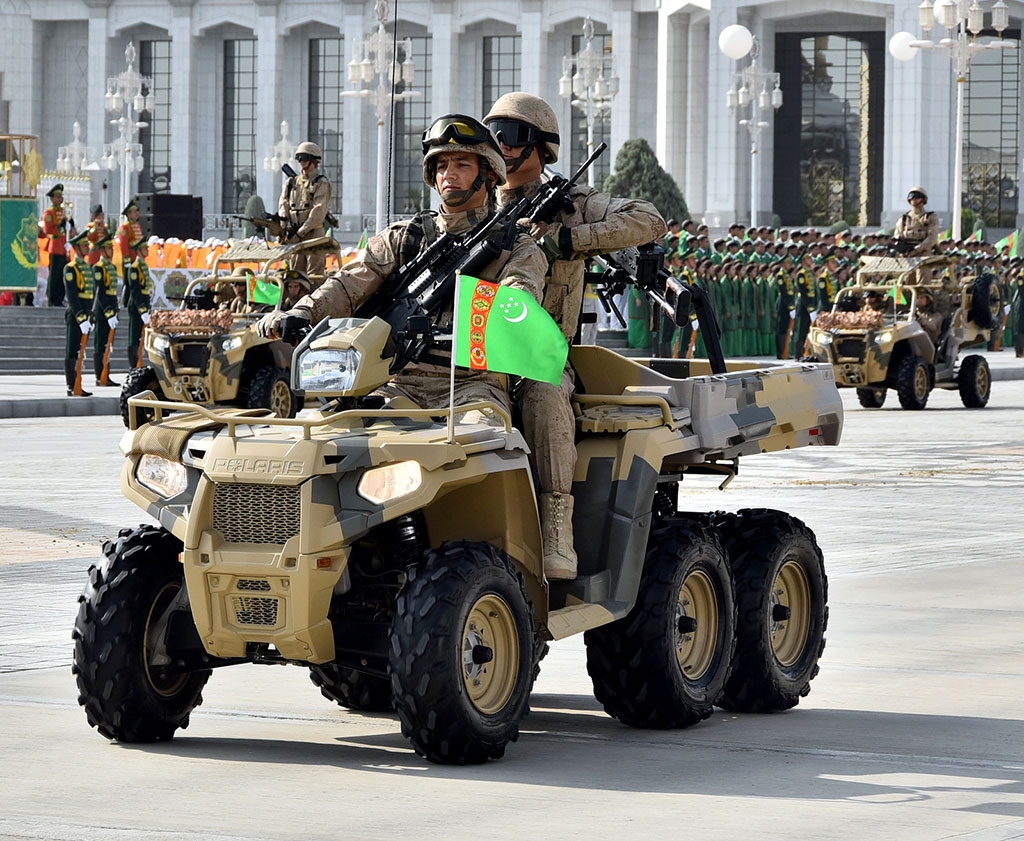 Why have just one rubber stamp when you can have two?

In a speech last week, Turkmenistan’s President Gurbanguly Berdymukhamedov proposed turning parliament into a bicameral chamber. He aired this idea before the Khalk Maslahaty, or People’s Council, the very institution upon which this second chamber of the legislature would be built.

For a leader so uninterested in representative government, Berdymukhamedov has in his 13 years in power done a lot of fiddling with the legislative branch.

Back in the days of President Saparmurat Niyazov, who died in late 2006, the Khalk Maslahaty served an admittedly photogenic but utterly bogus exercise in conferring pseudo-legitimacy to major policies. A hall full of bearded community elders would listen to speeches and then give unanimous support to whatever decision was to be adopted.

Early on, Berdymukhamedov scrapped the Khalk Maslahaty, raising vague hopes that some kind of actual democratic accountability might be in the offing. But fast-forward to October 2017, well after those hopes had been utterly dashed, and the president ordered that the council, which sprinkles the hundreds of white beards with national and local officials, be reconstituted.

It is probable that this was done with one aim alone. And that was to push through painful reforms like ending free utilities, such as water and gas, and then to pin the blame for this on the people themselves, since Khalk Maslahaty members are purported to speak for their communities.

Berdymukhamedov’s speech on September 25 suggests the Khalk Maslahaty will now be converted into something akin to a senate. The next step is for a constitutional commission to be instituted and for that body to draw up proposals for swift approval at the next session of the Khalk Maslahaty, which is scheduled to take place in 2020.

Why now? The president says the revamped legislature will better represent the interests of all sectors of Turkmen society and draw elected representatives closer to their voters. (It is not yet evident that this new upper house will actually be elected though). It is just as likely that this is a fundamentally meaningless sop to the international community, which has carped in its characteristically subdued fashion about the Khalk Maslahaty ever since it was brought back.

Independence Day was marked with especially martial vigor this year. Berdymukhamedov has lately warmed to his military action man persona, and this was plain to see for attendees of the September 27 celebrations. State media helpfully provided a detailed breakdown of the widely sourced equipment on display.

One has to wonder if this equipment might not be of more use on the eastern border, which is reportedly coming under routine shelling from militants in Afghanistan. Vienna-based Chronicles of Turkmenistan on September 30 cited relatives of serving border guards as saying that two soldiers were admitted to the hospital with bullet wounds over the past week. Because of a lack of transportation, soldiers are forced to perform patrols on foot, the website claimed. Chronicles says it is uncertain about the intent of the alleged attackers – that is, whether they are seeking to probe Turkmen defenses or to create diversions for drug traffickers.

Neutral Turkmenistan state newspaper on September 28 published a note from Italian President Sergio Mattarella expressing eager anticipation for a planned but not-yet scheduled visit from Berdymukhamedov. Regime-friendly website Turkmenportal cited the state statistics committee to note that Turkmen exports to Italy increased more than tenfold in the one-year period ending this past January.

Discussions would likely focus on the role played in Turkmenistan by energy giant Eni. The company is currently producing oil at the Burun field under a production-sharing agreement. Eni’s Turkmen output equaled 11,000 barrels of oil equivalent per day in 2018. But it now has its eye on another pair of offshore blocks holding an estimated 500 million tons of oil and 630 billion cubic meters of natural gas. Turkmenportal reports that Eni has previously been involved in talks with Turkmenistan to assist in long-term efforts to get its gas onto the global market.

Ashgabat is continuing to make overtures to Gulf states, evidently in the hope that they will pony up funds to cover the cost of building the Turkmenistan-Afghanistan-Pakistan-India (TAPI) gas pipeline. Foreign Minister Rashid Meredov met with his counterparts from the United Arab Emirates, Oman and Bahrain on the sidelines of the UN General Assembly in New York last week.

The freshly appointed Turkmen Consul in Dubai, Yhlasgeldi Amanov, is none other than the president’s 36-year-old son-in-law, according to opposition-affiliated Gundogar. This is either indicative of the importance that Berdymukhamedov accords to relations with the UAE or just additional assurance that whatever commercial interests the ruling family might or might not have in Dubai are overseen by a trusted person.

Amanov will be known to old Turkmenistan hands as the son-in-law who was dispatched to London, along with Berdymukhamedov’s daughter, Guljahan, to head up the European representative office of the Turkmen Agency for the Use and Management of Hydrocarbon Resources. If the mission there was to finally resolve the conundrum of how to get Turkmen gas into European households, it cannot be called much of a success. What can be expected of Amanov’s exertions in the Middle East?