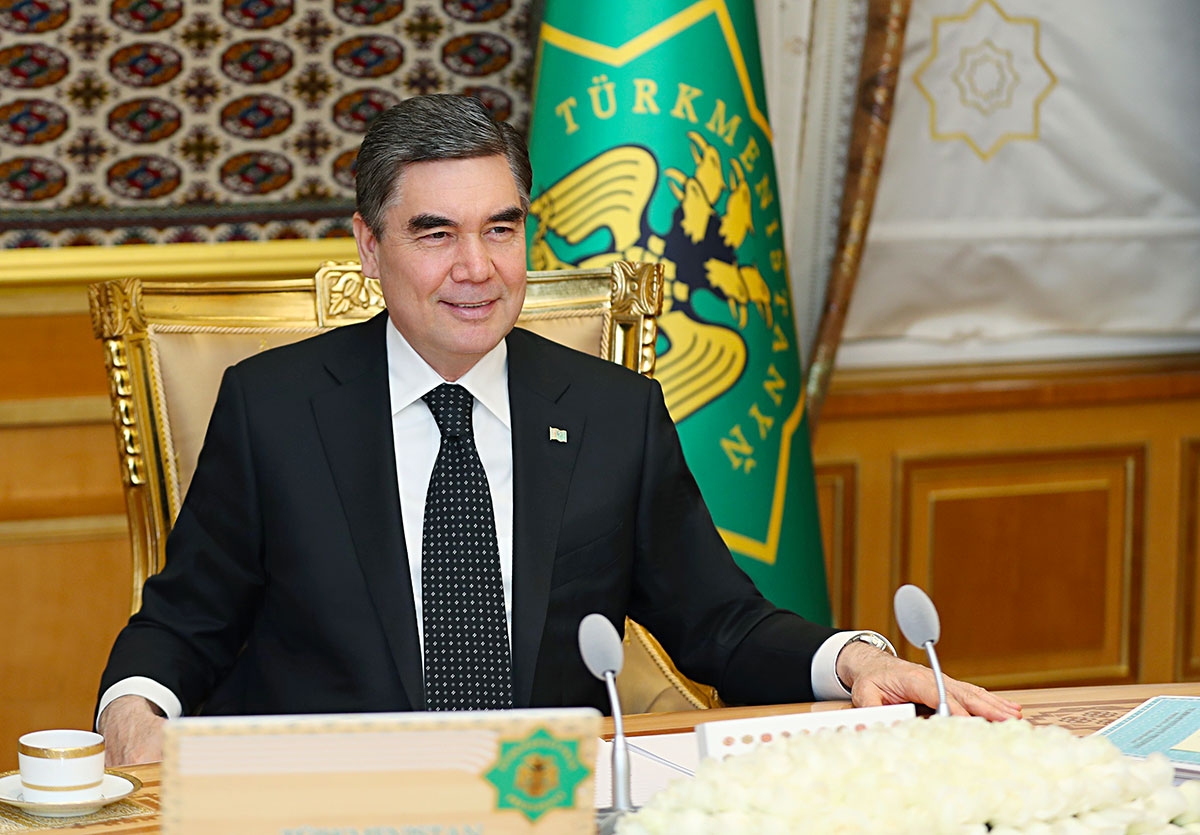 You're fired: President has trouble holding onto leading members of his cabinet. (Photo: Golden Era website)

The state’s unyielding message in Turkmenistan is that all is well. As ever, the relentless cascade of personnel reshuffles tells another story.

The latest array of firings and public rebukes by President Gurbanguly Berdymukhamedov indicate that there is trouble in all the nation’s most essential sectors — industry, agriculture and energy.

On December 15, state media published a presidential decree announcing the dismissal of deputy prime minister in charge of industry, Kerim Durdymyradov. It has been a tough month for Durdymyradov. Officials in Turkmenistan typically receive an escalating series of public warnings before being shown the door.

When Durdymyradov, who had only been in his job for one year, was issued with a “severe reprimand” on December 4, it was safe to assume the end was near, but he has got the chop in surprisingly fast order. This suggests something especially grave may have occurred.

Sure enough, Berdymukhamedov has for some weeks been grumbling about the moribund state of the nation’s industry. Thoughts have been focused in particular on the Garlyk potash processing plant, which has been touted as Turkmenistan’s golden chance to diversify in significant ways away from energy exports. But Garlyk was mired in trouble even before it was officially opened in March 2017.

The Turkmenistan State Statistics Committee has said that the in the first eight months of 2018, Garlyk produced only around 24,000 tons of potash fertilizer. The original target for this year had been 720,000 tons.

“More than a year has passed [since the plant was commissioned], but as of now, the work of this industrial giant has not been brought to design capacity,” grumbled Berdymukhamedov at a Cabinet meeting on November 5.

One apparent explanation for this is that Turkmenistan struggled to keep up payments to Minsk-based Belgorkhimprom, the Belarusian contractor responsible for completing the $1 billion project. In a remarkable exercise of chutzpah, Berdymukhamedov in November ordered the government to file arbitration proceedings against Belgorkhimprom, implying that it was their poor work that had led to the disappointing results.

The job of Turkmenistan’s deputy prime minister for industry is clearly not one that anybody would wish on their worst enemy. One previous holder of the post reportedly committed suicide following murky allegations of accounts-fiddling — also in relation to Garlyk.

For this reason, it will be especially alarming for Durdymyradov that Berdymukhamedov ominously spoke of “cases of embezzlement of state assets and bribery” being detected among officials responsible for overseeing industry.

Industry Minister Khoshgeldy Mergenov was also fired, on December 11, with the familiar formulation of “serious shortcomings” — another dismissal potentially linked to graft claims. This implication was made more explicitly in the dismissal of the minister for textiles, Nepes Gailyev, who was accused of “taking bribes.”

These are cases in which the charge of corruption serves as an ideal fig-leaf for the profound inadequacy of government policies and the top personnel promoting them.

Things are looking just as grim for other important areas of the economy.

Another two deputy primer ministers also received severe reprimands for poor performance. One was Esenmyrad Orazgeldiyev, who oversees agriculture, and the other was Myraygeldi Meredov, who oversees the fuel-energy complex. The latter received his rebuke on the national holiday for oil and gas industry workers.