Stopping food from coming into the country is part of an intentional and quite perplexing broader economic policy. 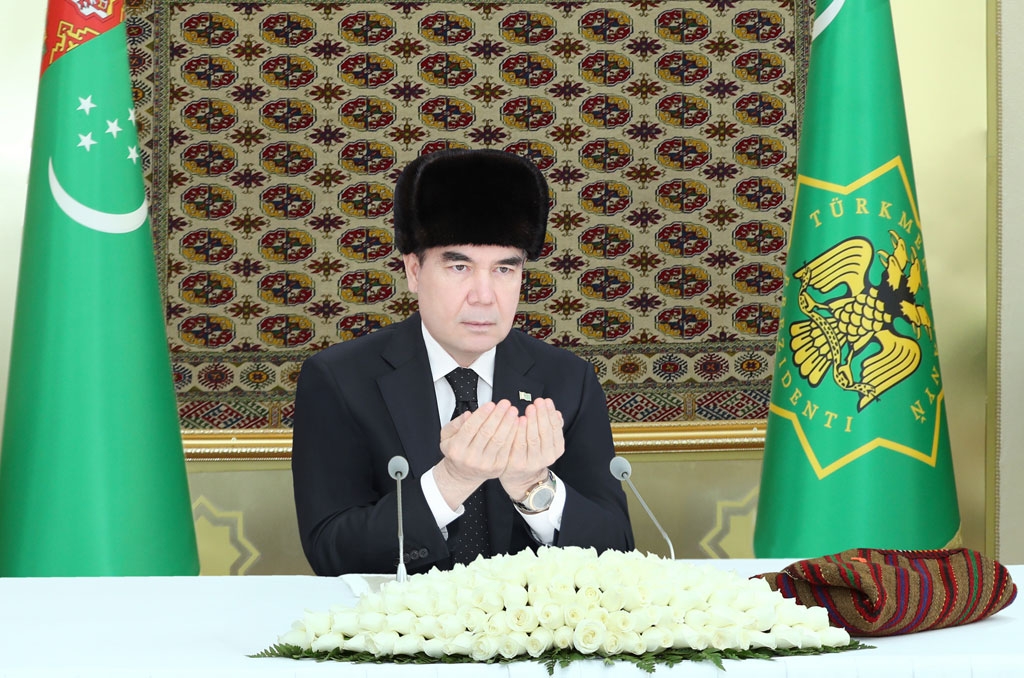 What will the next economic policy decision be? (turkmenistan.gov.tm)

It is hard to believe that Turkmenistan could turn any further on itself, but that is what the latest data show.

As the state news agency reported on June 6, exports volumes grew by 14 percent in the first five months of 2019, compared to the same period last year. Imports, meanwhile, sank by 20 percent.

Netherlands-based news website Turkmen.news last month spelled out how this kind of result is being achieved. The authorities are strictly vetting the inflow of foodstuffs from abroad and keeping a close eye on prices, leading to shortages in stores.

Stopping food from coming into the country is part of an intentional and quite perplexing broader economic policy. In March, as Turkmen.news also pointed out, Deputy Prime Minister Chary Gylyjov talked about “improving trade rules” to help improve the country’s food supply. Contrary to what a cursory reading of that statement might suggest, this does not mean that the government wants more goods available for Turkmens to purchase right now. Instead, the goal is for Turkmenistan to eventually grow as much of its own food as possible. Accordingly, Gylyjov spoke in approving terms about how, in line with the state program on import substitution, the large-scale construction of greenhouses is proceeding as planned.

The consequence of this policy is that luxury items like bananas are near impossible to find in shops. For after all, Turkmenistan has since last year taken to growing its own bananas, so why import any?

It is necessary to wait in line for more commonplace foodstuffs too though. Sugar is sold in 1 kilogram rations in state stores and runs out at the start of the day. Invariably, as RFE/RL’s Turkmen service, Radio Azatlyk, has reported, the shortage of goods leads to scuffles among desperate shoppers. According Radio Azatlyk, the deficits are in no small part due to speculating middlemen, who are evidently buying up stocks of goods like sugar and then selling it on for profit. The Soviet-style policy of enforcing prices in the stores not only helps fuel this kind of speculation, it also flies in the face of President Gurbanguly Berdymukhamedov’s claim of wanting Turkmenistan to evolve into a full-fledged market economy.

And still the president does not think that Trade Minister Amandurdy Ishanov is doing enough. On June 6, Berdymukhamedov officially chided Ishanov, who was appointed to his job less than one year ago, for “unsatisfactory fulfillment of his duties and deficiencies in his work.”

And that was despite the fact that Ishanov may have achieved a minor coup by presumably somehow being involved in ensuring that Turkmenistan will for the first time display its wares at the Home Textiles Sourcing Expo, set to take place in New York from July 22. The three-day event is intended as a showcase where retailers, manufacturers and contractors working with home fabrics can see what is available on the market. As the loyal media outlet Orient reported, Turkmenistan’s textile sales are on the up: The export of finished goods increased by 68.6 percent from January to March, compared to the same period in 2018. There were no figures about the actual dollar values involved, however.

What does not quite compute is how Turkmenistan will gets its textiles into the United States. As of last May, all Turkmen cotton or products made partly or wholly with Turkmen cotton are subject to a U.S. Customs and Border Protection ban.

Turkmen officials cannot be faulted for lack of chutzpah. Parliament on June 8 adopted a draft law on trademarks. It is not clear from state media reports how this bill differs from existing legislation ostensibly regulating the protection of intellectual property. In any event, neither the new legislation nor the old is likely to put a stop to the fast-growing array of domestically produced goods packaged as shameless imitations of Western analogues. Consider, for example, the similarities between Güneş washing powder, which the government website reported this week has now gone into production in Ahal province, and Procter & Gamble’s Tide brand. 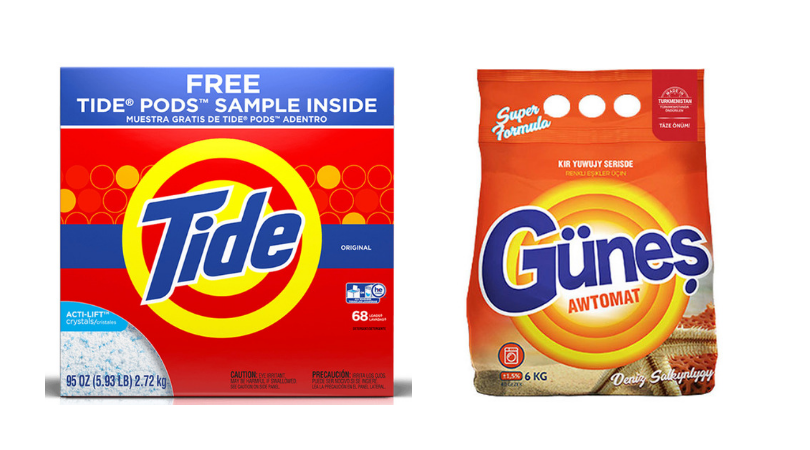 Ever eager to project dynamism and progress, Berdymukhamedov this week unveiled plans to lay the foundation stones of new residential complexes in Lebap, Mary, and Dashoguz provinces later this month. The homes will reportedly accommodate more than 3,500 families.

The president has in fact been on something of an urban development jag of late. AFP news agency in April reported on how Berdymukhamedov had laid the ground for an entire new city for 70,000 people, to be built near the capital, Ashgabat.

“In three to four years this will be a new city shining [under] the Sun, designed for the happy life of every family and every person. All of this for our beloved people,” Berdymukhamedov was cited as saying.

News reports do not state who got the contracts for the Lebap, Mary, and Dashoguz projects, but it is probably safe to assume that it will be entities affiliated to the Union of Industrialists and Entrepreneurs. This parastatal behemoth is intended to be the engine that will super-charge Turkmenistan into a Turkish-style champion of construction and manufacturing. It is hard to shake lingering suspicions, however, that it is more properly a mechanism for enriching entrepreneurs (for want of a better term) close to the ruling family.

Turkmenistan is near the end of its three month-long spring military enlistment season. Conscription into the country’s armed forces is a two-year nightmare that most rational Turkmens would like to avoid like the plague.

Radio Azatlyk cited residents of Ashgabat as saying that some secondary school students have been pulled out of school weeks before graduation so that quotas for the military draft could be met. The urgency with which conscription officers are making up the numbers is indicative of a degree of panic about the state of national security. Radio Azatlyk in February reported that medics examining candidate levies are being pressured into approving even those young men that should be exempted on medical grounds.

The government seldom scotches these kinds of reports itself. Instead, that job falls to websites like Gundogar News (not to be confused with the opposition-linked Gundogar.org). A report on that website dwelled in detail on the issue of whether people studying at universities overseas are exempt from military service. The short explanation is that university students are able to obtain deferment, but that they must submit paperwork attesting to their studies. Gundogar News does not explicitly pooh-pooh stories like this one, from May, about a young man returning home for his holidays only to be scooped up by conscription officers. Its article therefore implies that such people probably only had themselves to blame for not jumping through all the hoops.

Another thing to add to the list of things that authorities disapprove of is tattoos. Loyalist outlets like the aforementioned Gundogar News and Arzuw have been put to the service of warning how this fashion can lead to hepatitis and that it is, in any case, incompatible with Islam.

This concern with health is frankly unconvincing. A report into the country's attempts to tackle HIV/AIDS by Moscow-based Ferghana News cast doubts about the seriousness of the campaign. As of 2011, Ashgabat reported a total of just two HIV cases and it still reports no data to the Joint United Nations Program on HIV/AIDS. Allegations from 2005 that there was an unofficial ban on diagnosing the disease in Turkmenistan still seem credible.