Turkmenistan is finding new customers for its gas, while continuing to perform bizarre stunts for Guinness World Records. This and more in our weekly briefing. 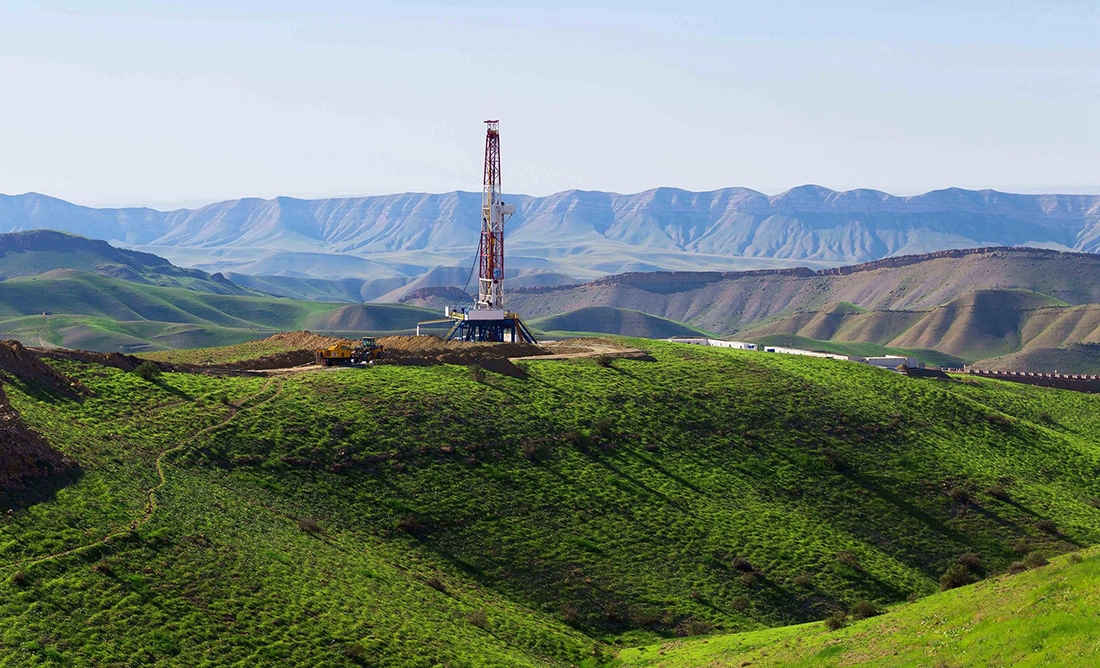 Get in line, Europe (CNPC)

A senior official from Turkmenistan this week again dangled the prospect of his country exporting its gas directly to European markets through a trans-Caspian pipeline route, but with a lack of enthusiasm that should probably have Brussels concerned.

Speaking at the Abu Dhabi International Petroleum Exhibition and Conference, or ADIPEC, Shahym Abdrahmanov, the deputy prime minister with the portfolio for oil and gas, said the idea of building the TPC “is not being removed from the agenda.”

The Europeans need to get in line.

“Turkmenistan supplies energy through major export gas pipelines to the north, that’s Russia, to the east, that’s China, as well as Iran. And now we are building the TAPI gas pipeline (Turkmenistan-Afghanistan-Pakistan-India). The implementation of TAPI will relieve pressure from Asian markets, and the released volumes can be redirected to the European market," Abdrahmanov was quoted as saying by Russia’s state-run RIA-Novosti news agency.

Another priority, the Turkmen deputy prime minister said, was the development of domestic energy infrastructure, like the 800-kilometer East-West gas pipeline linking all the country’s gas fields that is now under construction.

There were more encouraging noises last week from Batyr Amanov, chairman of state gas company Turkmengaz, who talked up hopes of exporting to Europe.

“Turkmenistan is a reliable gas exporter and a key player in the global energy arena, and it has great prospects for delivering natural gas in the direction of Europe,” he said on October 26 at an oil and gas conference in Ashgabat. The remarks were notably noncommittal, though.

In somewhat unexpected developments, Turkmenistan is coming to find that it has gas customers, albeit ones buying modest volumes, among its immediate neighbors. While he was visiting Ashgabat last month, Uzbekistan’s President Shavkat Mirziyoyev intimated that he would like to begin importing Turkmen gas. Kazakhstan’s President Kassym-Jomart Tokayev said earlier in October, when Turkmen President Serdar Berdymukhamedov was visiting him in Astana, that his country was interested in reaching a long-term agreement to import 1.5 billion cubic meters of gas per year from Turkmenistan.

Kyrgyzstan’s Energy Minister Taalaibek Ibrayev said on October 26 that his government was in talks with Turkmenistan to buy 350 billion cubic meters of gas, and 2 billion kilowatt hours of electricity to boot.

“My first deputy is now in Ashgabat negotiating a price [for the gas],” Ibrayev told parliament.

This is more than slightly confusing since Ibrayev revealed in April that a deal hatched in June 2021 for Kyrgyzstan to import 270 million cubic meters of gas from Turkmenistan had fallen through because it was found to be “economically unprofitable.” It is possible that something similar to what occurred last time will happen again now: that the gas will be passed on to Uzbekistan, which will then recompense Kyrgyzstan with a financially equivalent quantity of electricity, which is what Bishkek is most concerned about anyway. But that is pure speculation.

In yet more energy trading, Berdymukhamedov on October 28 signed a decree authorizing the increase of electricity supplies to Uzbekistan. No volumes or cash figures were mentioned in Turkmen state media reports, but a spokesman for the Uzbek president said last month that Tashkent was looking to purchase 4 billion kilowatt hours of electricity from Turkmenistan.

Afghanistan and Iran are the other countries that currently buy electricity from Turkmenistan.

Even if the trans-Caspian pipeline issue may be somewhat dormant, that does not mean there is not some activity around the sea’s energy potential. Azerbaijan and Turkmenistan are reportedly actively in discussions on involving Russian energy major LUKoil in their joint exploration of a subsea hydrocarbons field that was once a source of contention between them.

It marked something of a major breakthrough in early 2021 when Azerbaijan and Turkmenistan finally, after decades of low-level hostility, laid aside their exclusive claims to the field known variously as Dostluk or Dostlug (Friendship) and decided it to go it together.

Speaking at the Verona Eurasian Economic Forum on October 28, Azerbaijani Deputy Energy Minister Elnur Soltanov signaled that LUKoil may indeed end up taking the lead on developing the field.

“We know about their (LUKoil’s) intention to participate, we understand this and are discussing this with our Turkmen colleagues. I don't think there are any objections," Soltanov said.

Azerbaijan is gearing up for closer cooperation with Turkmenistan in other ways too. Russian news outlet Voice of the CIS reported on October 27 that Azerbaijani state-run oil company SOCAR is poised to open premises in Ashgabat. That news was broken by Emin Alekperov, the deputy head of SOCAR’s science and technology department, who offered an intriguing response when quizzed by the Voice of the CIS about prospects for a trans-Caspian pipeline. Azerbaijan’s offshore oil and gas fields are connected to the shore by pipelines, as are those of Turkmenistan, he said.

“Using a business approach, they can be combined, which does not take large material resources,” said Alekperov, describing a vision that aligns with one that has been lobbied most recently by Florida-based startup Trans Caspian Resources.

Should a way be found to get Turkmen gas across the Caspian, Georgia wants in too. In his speech to the oil and gas conference in Ashgabat, Giorgi Chikovani, director general of the Georgian Oil and Gas Corporation, said that his country wanted to eventually buy Turkmen fuel. Making that happen, he said, will require “wider dialogue between the European Union, the governments of the South Caucasus and Central Asia, and industry.”

Berdymukhamedov’s father, Gurbanguly, the former president and current chair of the Senate, is pressing ahead with his backseat ruling role by taking the lead on what is being characterized as the optimization of local government. A recent joint session of the two chambers of parliament produced a resolution to rename a number of towns and villages across the country. No longer will they carry the name of Turkmenistan’s first post-independence autocrat, Saparmurat Niyazov, and his mother, Gurbansoltan eje. State media insists the move is in response to calls from the public, although it is more likely that Berdymukhamedov the elder is willing only to entertain the cult of personality that has been installed in his own honor.

One of the more peculiar aspects of the Berdymukhamedov regime’s myth-building machine is its faithful reliance on the entirely unserious Guinness World Records to cement its international standing.

In 2019, for example, Turkmenistan was recognized by the Guinness team for holding the world’s largest-ever “ecology lesson.” Representatives from the records-tallying team were on hand to watch as more than 2,900 people listened to a speech on the environment before doubtlessly heading back to their hotel to laugh at foolish Turkmen officials handing them yet another large cheque. (An updated provided by the Guinness World Records – see below – indicates that no laughing was done on this occasion at least).

Turkmenistan is now trying to earn another perch in the Guinness records book with an open-air lecture on melon-farming on October 28 that was attended by more than 500 agricultural specialists. The state news agency’s website says it was the largest event of its type ever to be held, although it was not specific whether it meant just any gathering of agricultural specialists or one that specifically had melon-growing as its theme.

The Guinness World Records press service had not responded to requests for clarification at the time of this article’s publication.

Update: The Guinness World Records contacted Eurasianet after publication of this article to state that its supposed representative named in Turkmen state media, Aydin Turkgudzhi, does not, in fact, work for them.

"The report is false, no one from Guinness World Records attended this event. Mr. Turkgudzhi is not a GWR representative, we have contacted him to correct these media reports," a spokesman said.