Turkmenistan: Fruit of the Loon

Bad news from China, good news from Morocco, and no news on coronavirus: This and more in our weekly Turkmenistan briefing. 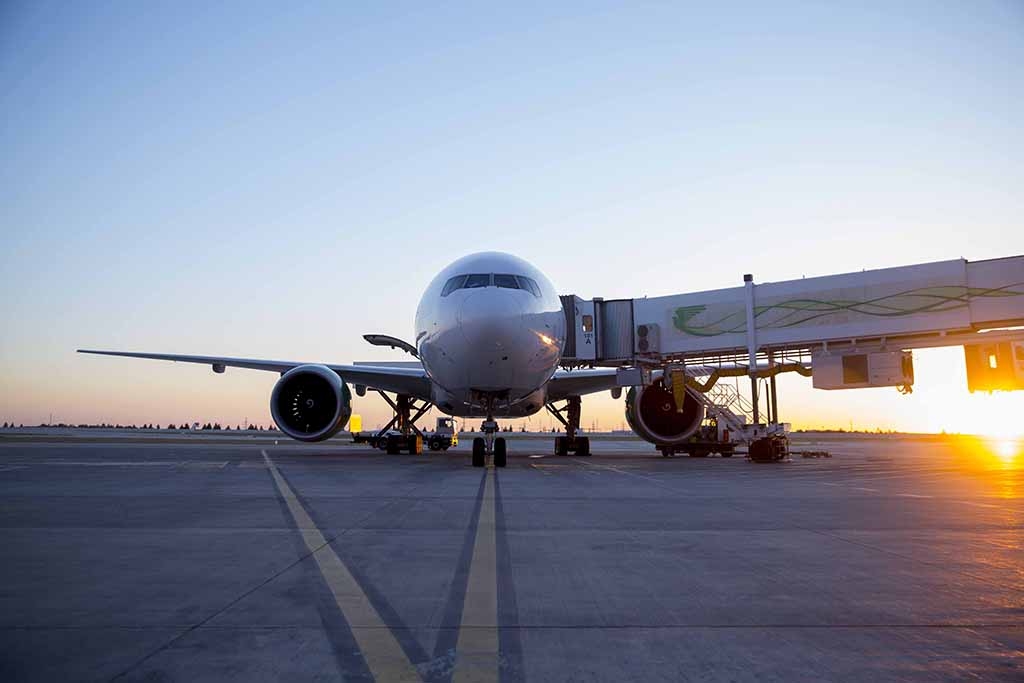 Icy winds blowing west from China are threatening once more to leave Turkmenistan in the cold.

According to March 5 reports from Bloomberg and Reuters, PetroChina is on the cusp of resorting to force majeure provisions to suspend natural gas imports, including possibly from Turkmenistan.

Officials in Ashgabat seemed to be in the dark about what was looming though. “If this is the case, we hope this measure will be short-term and will not affect long-term, strategic and mutually beneficial Turkmen-Chinese partnership in the gas sector,” one Turkmen source told Reuters.

The government is circumspect on the specifics of Chinese-Turkmen energy cooperation, but it has been unusually adventurous in its diplomatic overtures to an altogether different prospective partner – Morocco.

Foreign Minister Rashid Meredov traveled to the North African country on March 4-5 and took Myrat Archayev, the chairman of state natural gas company Turkmengaz, along with him for the ride. While in Rabat, Meredov announced Turkmenistan’s support for the Moroccan government’s autonomy plan for Western Sahara, whose sovereignty has been a matter of bitter dispute since the 1970s.

This is not a hugely contentious endorsement, since the international community is more or less a united front in backing that plan, but it is unlike Turkmenistan to get involved in such exotic and remote areas of diplomacy. The motivation is likely to stem from Ashgabat’s desire to improve the fortunes of future cooperation with Rabat in the energy and, possibly more importantly, chemicals sector.

Morocco accounts for more than 72 percent of the world’s phosphate-rock reserves, an important component in the production of synthetic fertilizers, according to the United States Geological Survey. A significant chunk of those reserves is in Western Sahara.

Turkmenistan is busy trying to develop its own fertilizer industry. A major effort in that direction was the Garlyk potash ore and mining complex in the Lebap province, which was built by Belarusian state-owned company Belgorkhimprom. But that plant has failed to live up to expectations and Turkmenistan is now locked in an arbitration dispute with Belarus over unpaid contractor fees.

Before Meredov and Archayev headed off for their Morocco jaunt, President Gurbanguly Berdymukhamedov urged them not only to study “the market for the sale of petrochemical products,” but hinted that foreign investors might be tempted into taking larger roles in the sector.

Ashgabat could in that spirit seek to persuade the Moroccan state-owned Office Cherifien des Phosphates, known as OCP, to get involved in helping run or market the output of the Garabogaz ammonia fertilizer plant, which launched in September 2018.

Seeing as OCP specializes in the production of phosphate fertilizers, while Garabogaz repurposes Turkmenistan’s supplies of abundant natural gas in the form of nitrogen fertilizer, and Garlyk in theory should be producing vast amounts of potassium fertilizer, Turkmenistan and Morocco could make a formidable partnership selling the so-called big three fertilizer products.

Turkmenistan has also been talking up more value-added areas of its agriculture sector, which it hopes can serve as another avenue for exports. The government says it is having a banner year so far, exporting more in the first two months of 2020 than it did for the whole of 2017. Those goods have included 6,500 tons of tomatoes, 3,600 tons of legumes, and 76 tons of assorted vegetables and melons. The claims are sensational, although figures coming out of Turkmen official sources do need to be treated with caution.

Exporters now have their eye on the European Union. The Health Ministry announced in January that labs at its state sanitary and epidemiological service, which is responsible for assuring food quality standards, have been granted international-standards accreditation by the Latvian National Accreditation Bureau. This should put Turkmenistan in a position to sell dairy goods, confectioneries, meat and fish, fruit and vegetables to the Europeans, something Ashgabat hopes to start doing by this year.

Berdymukhamedov pursued the cultivation theme a little further on March 5, during his horseback canter around the foothills of the Kopetdag, outside Ashgabat. This outing was a chance for the president to inspect areas due for mass planting of trees, due to be done by local residents on March 21 as part of a Soviet-style subbotnik collective effort.

This flies somewhat in the face of advice from international organizations warning against holding mass gatherings, which are believed to be a prime venue for the transmission of the novel coronavirus COVID-19.

In its March 5 briefing on the topic, the Foreign Ministry sounded a self-satisfied note, stating that they were complying faithfully to World Health Organization recommendations and that authorities are taking “all measures [necessary] to ensure the effective and uninterrupted functioning of land, rail, air, and sea transport.”

This last point was a flagrant falsehood.

Kyrgyzstan's Deputy Prime Minister said on March 9 he has received notice from Ashgabat that Kyrgyz truck drivers would no longer be allowed to return from Iran via Turkmenistan. Turkey's Daily Sabah reported on a backlog of some 800 Turkish truckers at the Turkmen-Iranian border. The truckers are reportedly being held in circumstances that one of them decried as “inhumane.” Ashgabat furthermore allegedly sent back at least 30 carriages of food goods that Iranian state rail hoped to ship via the country.

Not only has Turkmenistan Airlines canceled all flights to Delhi, Almaty, Kazan, and St. Petersburg through the end of March – it has suspended routes to Istanbul through April too. A number of foreign airlines have suspended their flights to Turkmenistan as well. These include Turkish Airlines, Dubai-based budget airline flydubai, Russia’s S7, and Belarus’ Belavia. The flights that did land in the country on March 6 were diverted from Ashgabat to Turkmenabat, according to Netherlands-based Turkmen.news. The same website reported elsewhere that three foreign nationals – purportedly diplomats from an unspecified Arab state – were denied entry to the country.

Those who manage, against all odds, to somehow get through that gauntlet then face more inconvenience inside the country. The U.S. and French embassies have warned travelers they are likely to be held under strict quarantine or be barred entry to Turkmenistan altogether.