Women pay for the president’s conservative obsessions; Turkmenistan’s paranoia undermines its wish to be a transport hub; and the EU offers the methane polluter a chance to green its image. Our weekly briefing. 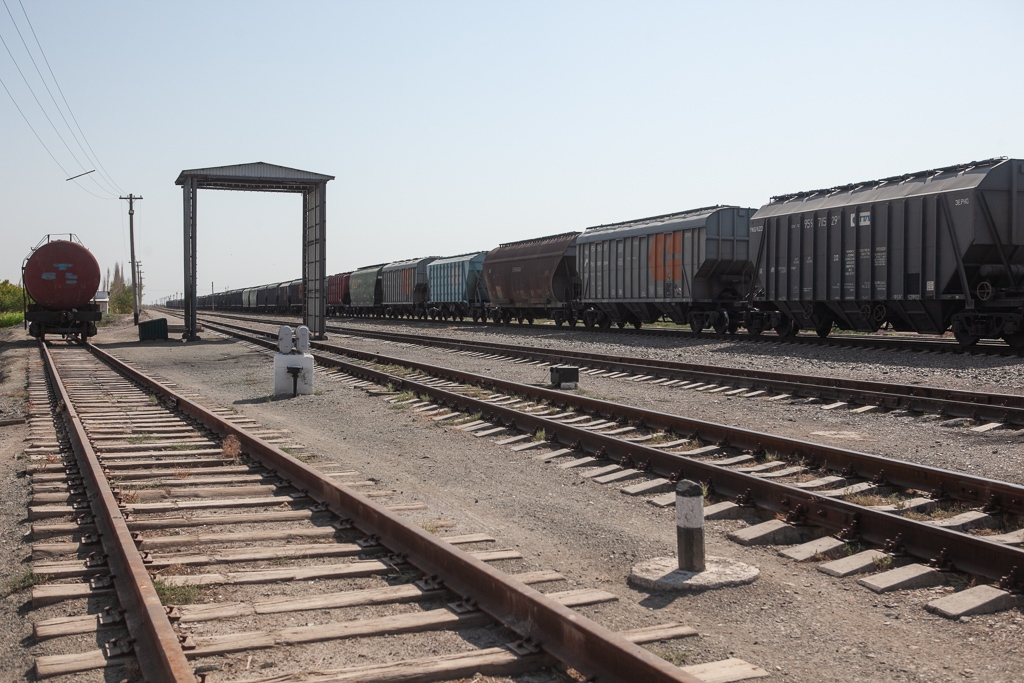 Traditional Turkmen etiquette requires, wrote Oguljeren Tirkishova, a teacher of English at a school in Mary, that women rarely refer to their spouse by first name and that they almost always allude to them in the third person when discussing them in conversation.

The precepts described in Tirkishova’s article on October 13 are, as she puts it, in keeping with the intrinsically Turkmen values of humanity, respect and modesty. Other principles accordingly follow ground familiar from the injunctions of starchy traditional values champions around the world, such as that young people should never talk back to their elders, or even speak loudly and laugh in their presence; children should always stand when speaking to their parents; it is entirely inappropriate for men to speak in an excessively emotional tone. And so on.

Extreme conservative conformism has been the byword of the Turkmen regime since independence, but the theme appears to have gained a fresh impetus under President Serdar Berdymukhamedov, who assumed power earlier this year. And it is women that have mainly paid the price.

Rights groups have noted how the government has stepped up a spate of misogynistic practices that have seen, as the London-based International Planned Parenthood Federation put it in May, the government taking “policing over women’s bodies to a whole new level.” In practical terms, this means virtual bans on abortion, bans on all kinds of beauty services, bans on women sitting in the front seat of private cars, and often, according to media reports, informal bans on women driving at all.

Morality, or the subversion thereof, is clearly something that weighs heavily on Berdymukhamedov’s mind. During his speech at the Central Asia-Russia summit in Astana, Kazakhstan, on October 14, he alluded to how the governments represented at that event should join efforts in fighting against the “artificial introduction of false concepts and moral guidelines into social consciousness.”

Berdymukhamedov was in Kazakhstan for two days in all. On the first day, he attended two events: a heads of state council of the Commonwealth of Independent States (of which Turkmenistan is not a full member) and then the inaugural session of the Central Asia-Russia heads of state summit.

The following day, October 15, marked Berdymukhamedov’s first-ever state visit to Kazakhstan. And yet again, the Turkmen leader seized upon the occasion to return to his idée fixe about regional transportation links by announcing his readiness to work with Kazakhstan on creating the long-gestating North-South corridor to the Indian Ocean and the Persian Gulf.

Berdymukhamedov and Kazakhstan’s President Kassym-Jomart Tokayev said in a joint statement that their countries would continue working to “increase the attractiveness” of the China-Kazakhstan-Turkmenistan-Iran transport corridor and to work more on implementation of rail transportation from Uzen in western Kazakhstan to Gorgan in Iran, via the Turkmen node of Bereket.

These are all ostensibly existing and functioning routes, but the fact that the need to optimize how they operate keeps coming up again and again during discussions among nations highlights an awkward reality: it turns out that the heavy work of laying down railroads and highways is the easy bit; it is the bureaucracy of crossing borders with carriages loaded with goods that is complicated. It is almost as though Turkmenistan’s closed and paranoid nature might be undermining its ability to become a hub for trans-continental trade.

In any event, the standard rattling off of expected growth in trade figures was performed during Berdymukhamedov’s Kazakhstan visit. Tokayev said, without giving specifics, that Kazakhstan is in a position to increase the export volumes of 80 commodity items to Turkmenistan.

“Our goal is to ensure the growth of mutual trade to $500 million in the coming years, and to reach the $1 billion mark in the foreseeable future,” Tokayev said.

Bilateral trade in 2021 amounted to $250 million, so those are bold forecasts.

One area in which some specifics were offered was natural gas. Tokayev said that Kazakhstan was interested in reaching a long-term agreement to import 1.5 billion cubic meters of gas per year from Turkmenistan.

Another bit of shared business is the plan for Kazakhstan to build a grain terminal in Turkmenistan for the reliable conveyance of its grain to neighboring Afghanistan. Berdymukhamedov and Tokayev discussed this proposal, but no firm timeline has been produced.

On October 20-21, it will be Berdymukhamedov’s turn to play host as Uzbek President Shavkat Mirziyoyev comes visiting. A keynote event for that occasion will be the formal start to a project to build a cross-border trade zone. It isn’t quite clear yet what such a zone would entail in practice, but even the notion is promising by Turkmen standards since it would presumably necessitate some slight loosening of suffocating customs controls along at least one small section of border.

Scanning the horizon, it feels like the continental drift-speed effort to get Turkmenistan’s gas into European households is gaining some momentum. There is nothing but sparse and convoluted clues to go on, though.

On October 13, Russian President Vladimir Putin suggested during a side-event at the Conference on Interaction and Confidence Building Measures in Astana that Turkey might serve as an ideal hub for the transportation of Russian gas to Europe. Turkish President Recep Tayyip Erdogan was quick to endorse the idea and even suggested siting a hub facility in Thrace, right on the border with Greece.

One can only speculate then about whether Uğur Yasin Asal, a scholar at Istanbul Commerce University, was ventriloquizing Ankara’s views when suggesting in an October 17 article in the government-friendly Milliyet newspaper that the Thrace hub would only be viable if also filled with gas from Azerbaijan and Turkmenistan. The presidents of Azerbaijan, Turkey and Turkmenistan are expected to share the same space at a Turkic Council summit taking place in Samarkand, Uzbekistan, in November, so it is possible more jaw-jawing on the subject will happen then.

The next session of the European Union-Turkmenistan joint committee is poised to take place by the end of this year, and the prospects of gas sales are bound to be at the top of the agenda. That much was subtly trailed by the Turkmen Foreign Ministry in September.

Brussels is also offering the Turkmen regime the opportunity to disingenuously adopt the mantle of an environmentally preoccupied party. In a letter to Berdymukhamedov that was published in the Neutral Turkmenistan newspaper on October 18, European Council President Charles Michel revealed plans for a jointly organized conference on the theme of green energy and the reduction of methane emissions that is to take place in Ashgabat in November.

The absurdity of this gas-washing initiative should be plain on its face since Turkmenistan is known to be one of the world’s worst offenders in terms of methane emissions. But if the conference is enough to get Turkmen and European officials in the same room to talk about energy, it may be felt like the theater was worth the while.