Turkmenistan: Get on your bike!

A proposed gas pipeline to South Asia dominates the government’s agenda. This and more in our weekly briefing. 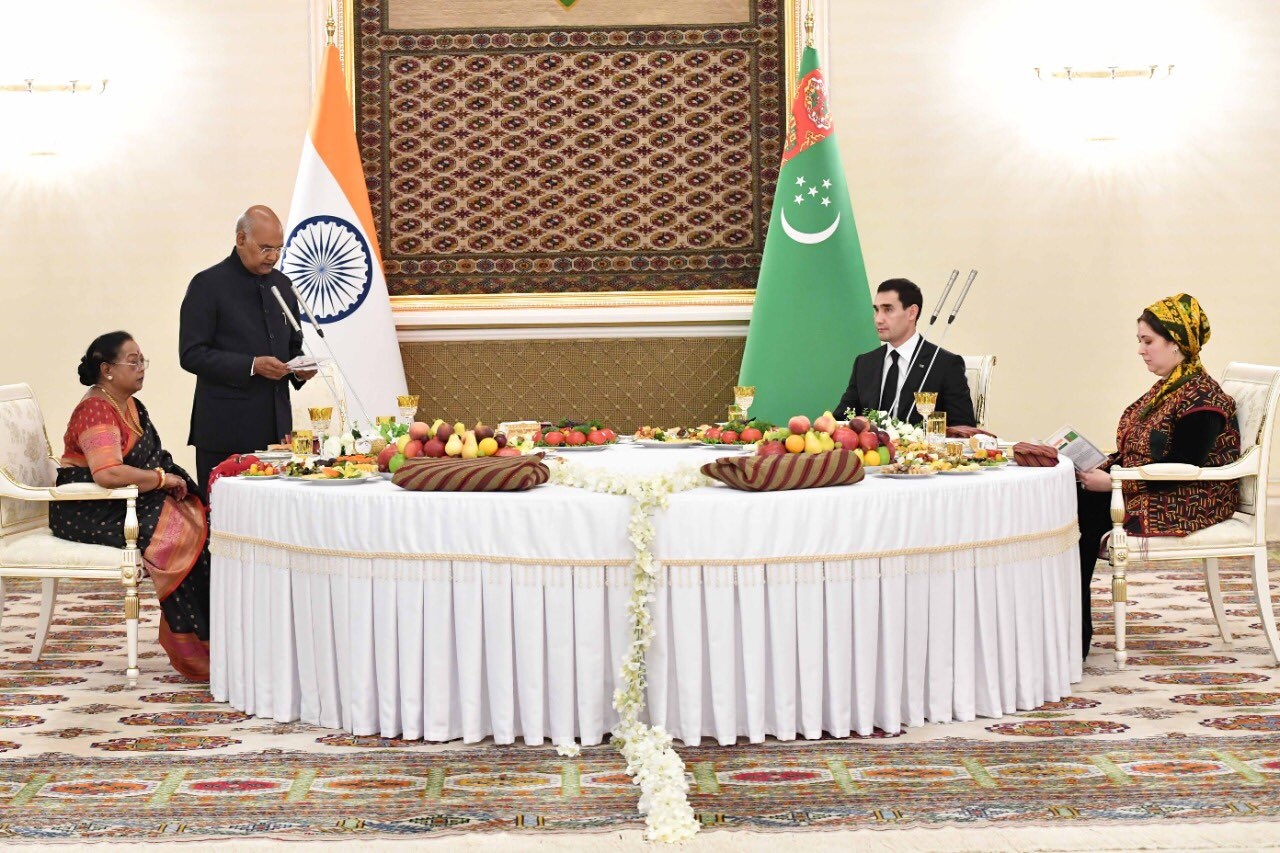 The Taliban insists that construction work in Afghanistan on the Turkmenistan-backed TAPI natural gas pipeline will begin any day now.

Speaking to Kabul-based TOLO News, Ahmad Wali Haqmal, a spokesman for the Taliban’s Finance Ministry, said that only technical issues are hindering progress and that the financial side of things had been “resolved.”

“Our technical team is working with the technical team of Turkmenistan,” he was cited as saying. “We are trying to finish work on the acquisition of land and to resume the project.”

Haqmal did not specify who was providing the funding for the work.

Most of TAPI would go through Afghanistan, but the pipeline is projected to end in India.

So the subject of the project was predictably high on the agenda when India’s President Shri Ram Nath Kovind traveled to Turkmenistan from April 1-4. Kovind is the first foreign head of state to visit the country since Serdar Berdymukhamedov took office last month.

The state news agency report on the April 2 talks between the two men conveyed a sense of urgency, and possibly a dose of frustration, felt by Ashgabat over TAPI.

“Turkmenistan is convinced of the need to intensify joint efforts to build and complete the Turkmenistan-Afghanistan-Pakistan-India gas pipeline project in accordance with the schedule,” TDH news agency wrote. “Our country is counting on the principled and effective position of India, and on its readiness to make a significant contribution to … the efficiency in the work of all TAPI participants.”

The statement from Kovind’s office suggests that Delhi is still troubled by perennial matter of security, though. It noted specifically that Turkmenistan had agreed to examine India’s proposals for ensuring “safety and security of the project.”

And that isn’t all. Speaking ahead of Kovind’s visit, Sanjay Verma, a senior official in India’s External Affairs Ministry, talked about Delhi’s misgivings on TAPI as a commercial prospect.

“Let me simply put it that we have some concerns on the business principles, on the commercial side, apart from the logistical challenges which are very apparent,” he said in a March 30 briefing. “[Kovind’s] forthcoming visit will be another opportunity at the highest levels to revisit where we stand on this issue.”

Turkmenistan’s other potential appeal to Delhi is in logistics. In 2016, India agreed to invest $500 million into building and operating a port in the southeast Iranian coastal city of Chabahar. The idea was for Chabahar to act as the gateway for Indian goods directed toward Afghanistan, Central Asia and beyond. India has even had notions of Central Asian gas one day being delivered to the Iranian port for further transportation by ship.

The fall of President Ashraf Ghani’s government in Kabul in August, however, and its replacement with a regime ostensibly more attuned to the interests of Pakistan appeared to put paid to all this. In his talks with Kovind, Berdymukhamedov proposed Turkmenistan as an alternative transit route and suggested initiating talks between management at Chabahar and the port of Turkmenbashi on the Caspian Sea.

TAPI dominates so much of the talk in Turkmenistan these days that it is easy to forget Ashgabat also has dreams of sending its gas westward to Europe. Given how European governments are drawing up urgent plans to reduce their reliance on Russian gas in light of the war in Ukraine, there has been surprisingly little conversation about Turkmen gas.

Speaking at the Oil and Gas of Turkmenistan conference that took place at the end of March, Natalie Costello, the director of the advisory committee of Trans Caspian Resources, said that the current situation should be prompting many countries to revisit the issue of creating infrastructure needed to get Turkmen gas across the Caspian to Azerbaijan. Turkmen media cited Costello as saying that the Trans-Caspian Interconnector project, which her own Florida-based startup is actively lobbying for, would cost a relatively modest $400 million to complete.

Still, if Europe is eager to pivot away from Russian gas so as not to have to depend on a corrupt authoritarian state, Turkmenistan is probably not the way to go. The Organized Crime and Corruption Reporting Project published a report on March 31 documenting how the Turkmen government oversaw the monopolization of the local mobile telecommunications industry by one state-owned company, Altyn Asyr, which was then placed under the management of a relative of former President Gurbanguly Berdymukhamedov, the father of the current president. The appointment of camera-shy Shyhmyrat Shaharliyev, who is the husband of Berdymukhamedov’s niece, as general director of the company in 2019 appears to have proven particularly lucrative to him, the OCCRP found.

On March 29, Foreign Minister Rashid Meredov traveled to China to take part in a gathering of regional diplomats to discuss a coordinated approach on Afghanistan. The meeting brought together representatives of Afghanistan, China, Russia, Pakistan, Iran, Tajikistan, Turkmenistan, and Uzbekistan.

Meredov seized on the opportunity to meet with his opposite party, Chinese Foreign Minister Wang Yi, to talk about the future of gas supplies to China.

“China will unswervingly advance energy cooperation with Turkmenistan and always be Turkmenistan's most reliable partner and stable export market,” Wang was quoted as saying by his office’s press service.

These fulsome niceties veil an awkward fact, which is that China is reliable as a customer to the point of having turned Turkmenistan into an economic vassal. The Turkmens are in little position to take advantage of sky-high global prices for natural gas since it has so few export routes at its disposal. Ashgabat is already showing its desire to see Beijing pay more, however.

In January, when the current President Berdymukhamedov’s father was still running the show, he visited China to attend the opening of the Winter Olympics and appeared to be setting conditions for construction of the long-projected fourth strand of the Central Asia-China pipeline, also known as Line D.

“In the course of future cooperation on implementation of a fourth line construction project, it is necessary to start discussing gas prices,” Gurbanguly Berdymukhamedov said. “Turkmen and Chinese specialists will operate on the basis of global precedent in the field of pricing for commercial pipeline gas.”

Turkmenistan is this week marking World Health Day, which takes place on April 7, by restricting the movement of private vehicles around the capital, Ashgabat. From April 4-11, only buses, taxis and other forms of public transport will be allowed to run between the hours of 8 a.m. and 6 p.m.

This initiative has been sold in the state press as a pro-environment measure dreamed up by President Berdymukhamedov, who seems eager for people to switch to using bicycles to get around. This is all well and good, but if Berdymukhamedov wants to keep on his people’s right side, depriving them of their cars will not be the way to go about it.