Ashgabat has great confidence these days in its Europe-bound exports. Plus, a mysterious tragedy on the Afghan border. Our weekly Turkmenistan briefing. 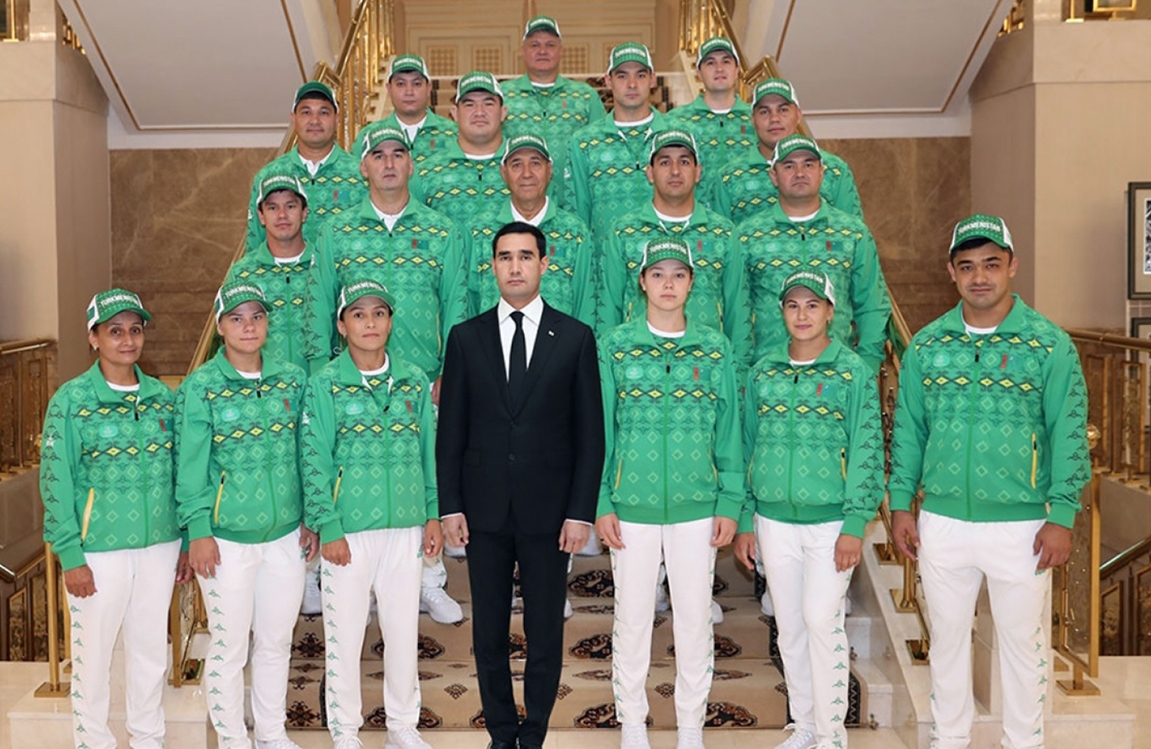 Turkmenistan’s multibillion Awaza seaside resort does not see a lot of foreign guests, so the flurry anticipated for next month will be a welcome change.

The government website has reported that the presidents of Azerbaijan, Turkey and Turkmenistan will convene for a three-way summit at the Caspian resort on August 6.

Before that, Central Asian heads of state will meet there for a “consultative meeting.” This is the third such meeting in this format – the first was held in the Kazakh capital in 2018, and another in Tashkent in 2019.

“Moreover, we expect to hold the 15th forum of the Organization for Economic Cooperation and the sixth summit of Caspian states,” President Gurbanguly Berdymukhamedov said at a government meeting on July 17.

The Azerbaijan-Turkey-Turkmenistan summit will be the key event, however. That it is happening at all is the result of the memorandum of understanding signed in January by Azerbaijan and Turkmenistan on the joint development of a long-disputed Caspian gas field latterly redubbed Dostlug, or Friendship, in a pointedly symbolic gesture. This tentative agreement ended 30 years of sniping between the Caspian neighbors.

What is lacking still, though, are firm details on how this arrangement is supposed to work, and a presidential summit is likely to bring some progress.

The relevance of this for the outside world is that the outbreak of Azeri-Turkmen amity is widely read as a precondition for the eventual construction of the Trans-Caspian Gas Pipeline, which is why the presence of Turkish President Recep Tayyip Erdogan feels so consequential.

The start of operations in December of the Trans-Adriatic Pipeline, which runs across the Adriatic from Greece to Italy via Albania, was the final piece of the puzzle in what is known as the Southern Gas Corridor, which has its largest section in Turkey. Gas can as a result now be pumped directly from Azerbaijan’s Shah Deniz offshore gas field to southern Europe. Turkmen gas could well one day be piped into that route, although capacity is for now only a relatively meager 10 billion cubic meters per year.

Ashgabat has great confidence these days in its Europe-bound exports. The government website announced triumphantly on July 17 that Turkmenistan expects to export 60 tons of tomatoes to the West. Fully 20 tons have apparently been delivered to Austria after Turkmen vegetable growers were found to have met European standards.

The breakthrough has been some time in the making. The Health Ministry announced in January 2020 that laboratories at its state sanitary and epidemiological service, which is responsible for assuring food quality standards, had been granted international-standards accreditation by the Latvian National Accreditation Bureau.

The produce-exporting front had been something of a disappointment this year after Russia and then Kazakhstan announced that they were slapping a temporary ban on the import of tomatoes from Turkmenistan amid concerns of an outbreak of the brown rugose fruit virus.

While the volumes being exported are hardly colossal, Ashgabat will take great solace in the seeming success of its efforts to diversify its export base away from natural gas, and European purchases of produce may generate useful goodwill.

As ever, the government is sticking to its line on there being no COVID-19 cases, even as nearby Uzbekistan, Kazakhstan and Kyrgyzstan are seeing surges. Authorities are nevertheless imposing draconian restrictions with abandon. Amsterdam-based Turkmen.news reported on July 14 that traffic within the Lebap province has been partially halted as a preventative measure. RFE/RL’s Turkmen service, Radio Azatlyk, has reported that municipal parks and children’s play areas were closed on July 10 in the provincial capital, Turkmenabat.

The alarm seems to have been caused by a particularly severe outbreak in the Farap district, which lies between Turkmenabat and the border with Uzbekistan. Turkmen.news has cited unnamed sources as saying at least 100 COVID-19 cases have been detected there. Since nothing useful is known about Turkmenistan’s testing regime, it is uncertain whether even that number represents the full gravity of that hotspot.

An extraordinary state committee for the prevention of diseases again sprang into action last week to severely limit the volume of train traffic as a way to halt the progress of the supposedly inexistent virus. Similar restrictions imposed earlier in July were attributed to the excessive heat. That same excuse has been used for cancelling flights.

As of July 17, people wishing to leave the capital, Ashgabat, for the regions are required to present a negative coronavirus test administered no more than 48 hours before departure, according to the Vienna-based Chronicles of Turkmenistan. This is a nice little earner as tests cost 100 manat a pop – that is $3 at black market exchange rates, but closer to $30 at official rates.

The other perceived dangers Ashgabat wants to keep at bay are the ones looming across the border in Afghanistan. Turkmen.news reported on July 20 that weapons have been delivered from a warehouse in the Mary province to troops mobilized on the eastern frontier. The website cited its sources as saying that eight trucks closely guarded by soldiers and police departed from the village of Shatlyk, just to the west of Mary city, on the night of July 19 for that general direction.

Radio Azatlyk, reported earlier this month that additional troops from the Mary-1 and Mary-2 bases, and from the Lebap, Dashoguz and Balkan provinces, along with combat helicopters and aircraft, were being deployed to the border.

There have been tragic fatalities among servicemen already, albeit in mysterious circumstances. Radio Azatlyk reported on July 20 that at least 18 soldiers were killed in some kind of incident that officers have attributed to a road crash. Relatives receiving the bodies were informed that they were not allowed to open the coffins, however.

Now that the Olympics have arrived, Turkmenistan is desperately hoping that it can finally break its curse by winning any kind of medal – something the country has never done since gaining independence. (Maddeningly, Daniyar Ismayilov, an ethnic Turkmen born in Lebap in 1992, won silver in the men's 69-kilogram weightlifting category at the Rio Olympics 2016, but he was representing Turkey).

The send-off for the Turkmen team of nine athletes was overseen by the president’s son and presumptive heir to the throne, Serdar, who delivered a speech to his countrymen with his typically undertaker-style demeanor. Should a medal return, he might cheer up a little.