Borders close, food prices jump, and the president prays. This and more in our weekly Turkmenistan briefing. 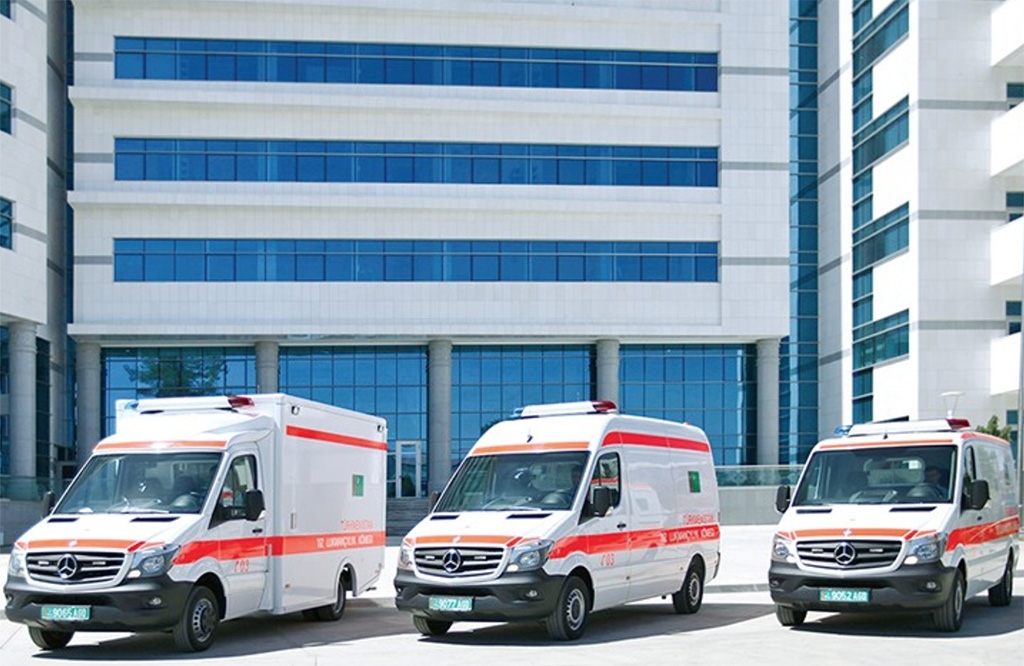 Coronavirus anxiety is reaching fever pitch in Turkmenistan, which has reacted by closing nearly all its land borders.

RFE/RL's Turkmen service, Radio Azatlyk, reported that the border with Afghanistan was shuttered on February 26. The border with Iran, which has a larger confirmed number of coronavirus-induced COVID-19 cases, was closed earlier last week, possibly as early as February 24, according to the Vienna-based Chronicles of Turkmenistan. Tehran requested that Ashgabat at least grant transit access to freight, but the plea appears to have fallen on deaf ears. The Uzbek border has been shuttered since the start of February. The entry point from Kazakhstan may still be open, but there have been no reports to confirm that either way.

An Azatlyk correspondent reported on March 2 that passenger traffic at the Turkmenbashi port on the Caspian Sea has been halted. Turkmen.news noted on February 27 that Turkmenistan Airlines flights from Ashgabat to Istanbul were flying empty, with only inbound travelers using the route. Turkmen citizens were reportedly barred from flying to Istanbul on other carriers as well.

These last developments appear connected to the coronavirus scare, but one cannot be sure. Turkmenistan so frequently imposes arbitrary travel restrictions on its own population that the rationale is never straightforward.

President Gurbanguly Berdymukhamedov, a dentist by training and an avid champion of traditional Turkmen herbal remedies, has allowed the issue to be addressed publicly, in contrast with his usual head-in-the-sand strategy. Berdymukhamedov met on February 25 with Deputy Prime Minister Purli Agamyradov, who has been tapped to lead a commission charged with halting the virus, and with Health Minister Nurmuhammet Amannepesov to discuss options.

Berdymukhamedov noted that the World Health Organization, or WHO, has warned that the spread of COVID-19 could escalate into a pandemic and announced that quarantines and other security measures would be put in place. While some countries are restricting entry to people arriving from coronavirus hotspots, Turkmenistan has gone a step further and is banning its citizens from going to those same countries.

State media claimed that medical institutions have been provided with disinfectants, antiseptics and various unspecified medicines, and that doctors have been given protective equipment.

It is not clear from state media coverage whether this defensive armory extends to face masks.

Chronicles claimed that a woman was detained in Ashgabat for wearing a face mask and quizzed by police if this meant she mistrusted the measures adopted by the government. She was purportedly then fined 249 manat (around $71 at the bogus official exchange rate).

But how successful is this prevention strategy proving? Depends whom you believe.

Amannepesov, the health minister, says that Turkmenistan has yet to detect a single case of the disease – a situation analogous to the other four countries in ex-Soviet Central Asia. Amsterdam-based outlet Turkmen.news had initially carried dubiously sourced reports of a diagnosed case, but there is no evidence that claim was reliable.

Given that Turkmenistan exercises intense self-isolation already, there is every reason to imagine the impact on the economy might be minimal, although Turkmen.news suggests on the contrary that this crisis is reviving food shortages, reports of which have tapered off in recent months. The outlet has reported that the price of a liter of cottonseed oil in private shops has doubled and that supplies of this commodity have run dry in state stores. Chronicles has similar accounts.

The cost of chicken meat and many staple groceries, such as potatoes, has gone up, according to Azatlyk. In the Mary province, authorities have halted the practice of selling flour at subsidized prices to breast-feeding mothers, apparently on the grounds that babies do not eat bread, even though their mothers do. In that same province, state stores have cut the quota of state-subsidized bread to one loaf per buyer, down from two previously.

Chronicles says that local officials have held meetings with a gathering of village elders to discuss what they have characterized as temporary shortages and urged the public not to believe “lying media” based abroad – a clear reference to the likes of Turkmen.news and Chronicles.

For safe measure, Berdymukhamedov is paying some lip service to God. On February 28, he traveled to the city of Mary to pray at a building named immodestly after himself, the Gurbanguly-Hajji Mosque. A report on this visit notes that the mosque was built in 2009 at “the request of residents,” and was named in the president’s honor, likewise “in accordance with the wishes of believers.” Berdymukhamedov performs these perfunctory forays into mosques on occasion to display his supposed religious convictions, although Islam is, like all other spheres of life in Turkmenistan, ferociously policed and regimented.

An energy-themed government roadshow in Dubai last month has generated at least one bit of business. Singapore-based Yug-Neftegaz, a company with extensive experience in Turkmenistan and links to businessmen from the Ukrainian cities of Donetsk and Odessa, has got a $70 million contract to help enhance productivity at 80 wells owned by state oil company Turkmenneft. The upgrade will enable those wells to produce an additional 105,000 tons of oil. The drilling of an additional six wells will add 54,500 tons of oil to the mix.

The government’s official oil and gas sector website describes this as an investment, as if to suggest the money would be coming from abroad, when it is actually Turkmenneft that will be footing the bill.

Berdymukhamedov has delivered a fresh shove to the government’s digitization campaign. On February 27, he signed a decree requiring government departments all the way up and down the bureaucratic chain, local and national, as well as anybody registering an enterprise, to create an electronic document management system. This should all be done by January 2021, he has decreed. Given the scale of what Berdymukhamedov seems to be urging, this is a remarkably short timeframe and there is a good probability the whole exercise will culminate in tardiness or a fudge, and that well-placed IT contractors will earn handsomely. At the same time, making the jump from paper to digital will be a boon to the would-be government leakers of the future, so it is not inconceivable that this could inadvertently usher in transparency by the back door.

A freshly imposed round of U.S. sanctions against Iran have tangentially wrought some collateral damage to Turkmenistan. Russian Railways said on February 25 that it has decided, in light of the broadened sanctions, to pull out of a 1.2 billion euro ($1.3 billion) project to electrify the rail link between Garmsar, which is outside Tehran, and Inche Burun, which is right by the Turkmen border, Interfax news agency reported. This project was meant in part to increase the speed and capacity of the route, which plugs more widely into the International North-South Transport Corridor, of which Turkmenistan was meant to be a peripheral beneficiary.

On a more positive diplomatic note, Turkmen Foreign Minister Rashid Meredov was one among a constellation of regional envoys to attend the landmark signing of a U.S.-Taliban peace deal in Doha, Qatar. The foreign dignitaries present were all either from nations bordering Afghanistan or involved as interested parties.

Ashgabat is clearly invested in the success of any peace initiative in Afghanistan as a conflict-free outcome is of paramount importance to the success of its serially postponed Turkmenistan-Afghanistan-Pakistan-India, or TAPI, natural gas pipeline project. This pipeline enjoys considerable tacit support from the United States, as attested to recently by a long and optimistic article published on February 24 by the Central Asia propaganda arm of the Department of Defense.

"The deadlines for commissioning TAPI will be pushed back, but the project ... will still be implemented," Rovshen Khallyyev, a technical specialist at TurkmenGaz, told Caravanserai, which manages somehow to get hold of Turkmen government officials no other media can reach.

While in Doha, Meredov met with his Qatari counterpart and exchanged vague bromides about the need to intensify bilateral cooperation. On a practical note, talks covered preparations for an upcoming Intergovernmental Turkmen-Qatari Commission on Trade and Economic Cooperation.

But while investment is welcome, trade less so. Berdymukhamedov on February 28 approved new customs tariffs designed to favor domestic producers by “protecting their interests and increase the competitiveness of their products.” A couple of days later, he fired deputy minister of trade and foreign economic relations Karar Mammadov for “serious shortcomings in his work.” Reading between the lines, it looks like the import-substitution panacea – a policy the International Monetary Fund has specifically warned against – is not proving as effective as had been hoped.