Precautions against the spread of COVID-19 may only have been adopted on the eve of the WHO team’s deployment as a piece of theater. 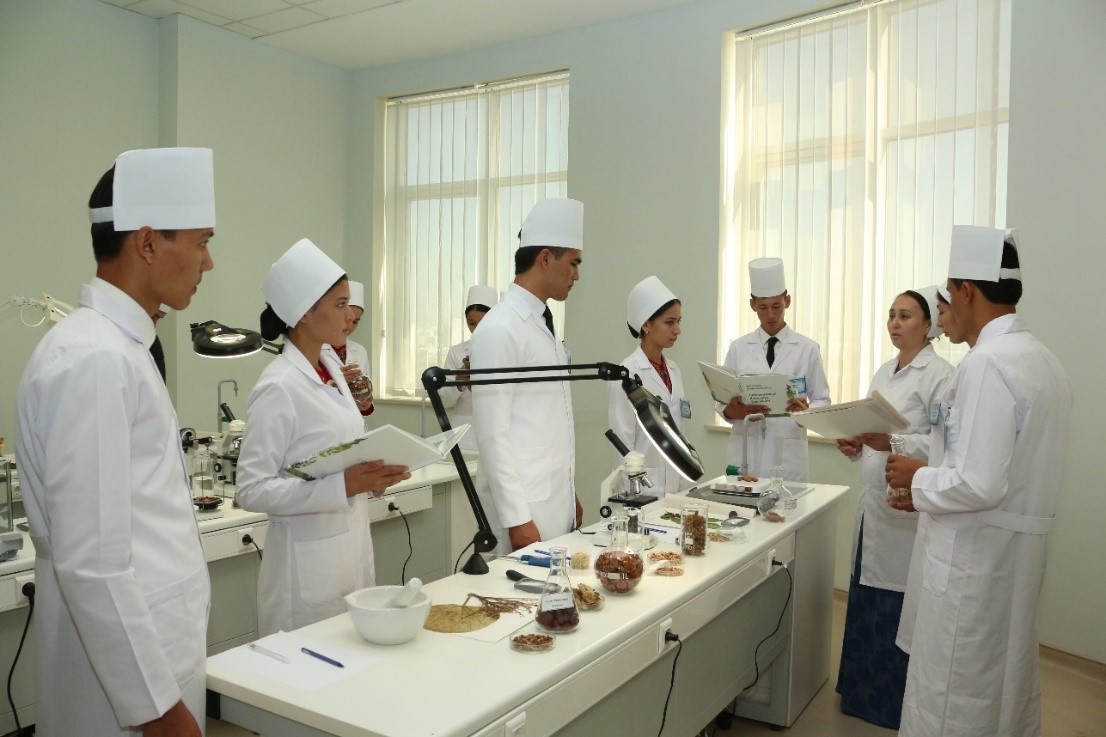 At long last, an expert mission from the World Health Organization traveled to Turkmenistan this week.

A visit had been flagged up as early as April, but unspecified problems got in the way. Government-aligned sources suggested the impediments were logistical, but in the event, the five-person WHO team was transported from Germany to Ashgabat on a Turkmenistan Airlines-owned Bombardier Challenger VIP jet. Even though flights to and from the country have been suspended since February-March, arranging this particular transfer never posed real problems.

Since Turkmenistan continues to cling to its claim of having detected no coronavirus cases, the WHO team will have a delicate mission during its 10-day deployment. Their official line is that they will be meeting with Turkmen colleagues to coordinate “preparedness and response” to a possible COVID-19 outbreak.

But they are being pressed by the likes of Saglyk, a nongovernmental group that uses online resources to spread information about health awareness to Turkmen speakers, to make sure they do not allow themselves to be coopted in a coverup exercise. “We are asking the international organizations present in Turkmenistan not be complicit in practices that contradict science, logic, and reason,” Saglyk said in an English-language statement.

Saglyk is only the latest source to relay reports from Turkmenistan of a spate of hospitalizations for alleged atypical pneumonia, which has routinely been assumed to be a proxy for coronavirus cases. There is, moreover, a strong concern that suspected coronavirus cases are being shuffled away from view in quarantine facilities that the WHO mission will never be shown or told about.

What is worrying is that precautions against the spread of COVID-19 may only have been adopted on the eve of the WHO team’s deployment as a piece of theater.

AFP news agency reported on July 6 that bus drivers have taken to wearing masks in a marked shift from the previous practice whereby police actively discouraged members of the public from donning facial protection, presumably with a view to preventing panic.

Notwithstanding the threats from police, Amsterdam-based news website Turkmen.news noted that workers at bazaars and other public places have increasingly adopted masks. A correspondent for the website said that around one in every three traders and buyers at Ashgabat’s popular flea market was wearing them. Antiseptic gels and wipes have also recently become readily available at affordable prices.

The WHO mission’s arrival in Ashgabat has been signally ignored by state media. It did not feature on the evening news, nor on any official websites on July 6. What has received ample coverage, however, is President Gurbanguly Berdymukhamedov’s decision to go on holiday at this sensitive juncture. The official Golden Era website revealed, not that this was any secret, that the president enjoys spending his free time creating new literary and musical works of art, spending time with his grandchildren, riding and “communing with” Akhal-Teke horses, riding the bicycle, doing motorsports and much, much more.

One of Berdymukhamedov’s other favorite pastimes is firing people, and he got a spot of that in before setting off for his undisclosed vacation destination.

In possibly the most meaningful change of personnel, Finance and Economy Minister Ezizgeldy Annamukhammedov was switched out in favor of his deputy, Mukhammetgeldy Serdarov. This department has seen a bit of cadre rotation lately. Annamukhammedov had only held his job, as well as that of coordinating European Union technical assistance and serving as the World Bank point man in Ashgabat, since February. His predecessor, Batyr Bazarov, was something of a veteran by Turkmen standards, having run the Finance and Economy Ministry since it was rebranded in October 2017. He had headed the Economy and Development Ministry since April 2016.

When Bazarov got the boot, it was speculated that Turkmenistan might be on the cusp of finally abandoning its fictitious official exchange rate of 3.5 manat to the U.S. dollar. Sources contacted by RFE/RL’s Turkmen service, Radio Azatlyk, had suggested at the time that the manat might be permitted to slide to around 8-10 to the dollar, still very far below its black-market rate. That dramatic policy shift never materialized, however.

The pressure on the manat has increased lately. Vienna-based Chronicles of Turkmenistan, which provides a weekly update on black market figures, reported on July 5 that the currency was trading against the dollar in the 23.8-24.2 range, up from 23.3-23.5 one week earlier.

If Berdymukhamedov’s recurrent exhortations to boost exports of commodities other than natural gas and unrefined materials are anything more than play, this is a situation that looks unsustainable.

On July 6, the day his holiday began, he signed a resolution to schedule exhibitions, fair and conferences over a five-year period running up to 2025 to move some of Turkmenistan’s “high-quality domestic products.” A few days earlier, he ordered Deputy Prime Minister Chary Gylydzhov to work on increasing the production volumes of export-oriented goods. This likely means carpets and textiles, but Turkmenistan has also been enthusiastically trumpeting its food-processing industry, so that is likely another priority.

Gylydzhov is, by the way, the same official who was earlier this year charged with ensuring "strict control over the plentiful provision [of goods] at the country's markets and stores at affordable prices." This was a rare if veiled acknowledgement at the time that the country’s food supply chain endures occasional turbulence. The requirement of overcoming an extravagantly overvalued currency to ramp up exports – including of foodstuffs, presumably – and keeping local retailers fully supplied, all while pushing through an unyielding import-substitution agenda, will present an interesting challenge for Gylydzhov and his colleagues.

There were other personnel reshuffles. The head of the state broadcaster, Nurmammet Garlyev, was fired “for serious shortcoming in his work,” to be replaced by the deputy chairman of the state news agency, Arslan Ashirov, so no noticeable editorial evolution should be expected. A few universities were shaken up. Mammadmurad Geldyniyazov was removed from his job as education minister, which he had held since January 2018, to take up a job in the Cabinet office. He will be replaced by Orazgeldy Kurbanov, who leaves his post as rector of the Turkmen State Pedagogical Institute. Gulmyrat Agamyradov, meanwhile, becomes Turkmenistan’s latest sports minister.

The state geological agency Turkmengeologiya, which is responsible for energy resource exploration work, will now be led by Merdan Roziyev, who previously headed the agency’s drilling division.

An arguably more portentous industry reshuffle happened with the removal of Myrat Archayev as chairman of state natural gas company Turkmengaz. He had been at the helm since 2017, but picked up some severe reprimands along the way. Archayev will be replaced by the outgoing general director of Turkmenbashi oil refinery complex, Batyr Amanov.

Amanov now faces the unenviable job of administering more cutbacks. Chronicles reported that Turkmengaz is being required to shed 450 employees by September 1 as part of urgent cost-cutting measures.

In June, management reportedly informed a certain number of staff that they would be required to sign letters of resignation, but many refused and even took their pleas to the prosecutor’s office. The gloves will now be coming off, however, and the pretense of voluntary resignation will end too.