The way the state uses its heavy hand to condition the fate of the economy does not inspire hope for promised market reform. 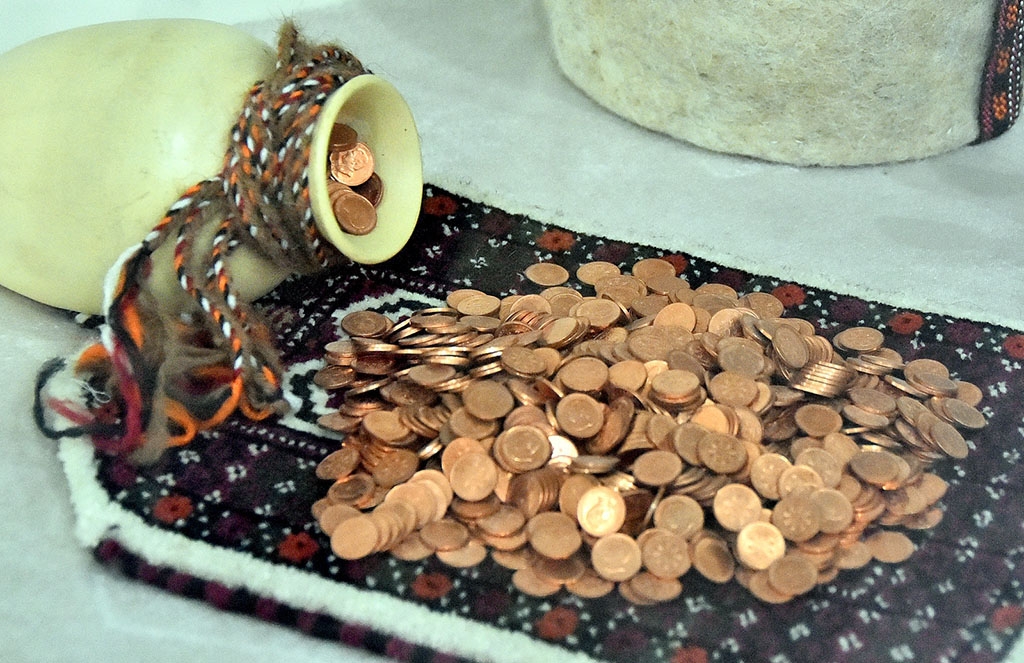 The job of driving Turkmenistan’s march toward the market economy lies with the parastatal Union of Industrialists and Entrepreneurs.

Despite its name, the union is more conglomerate than lobby group. Working hand in glove with the state as it does, the UIET serves as a would-be incubator for private enterprise. As the government enacts its so-far underwhelming privatization agenda, it is the UIET that will be midwifing.

At a Cabinet meeting on January 22, President Gurbanguly Berdymukhamedov engaged in his trademark micro-managing by overseeing plans to relinquish state-owned shops, a restaurant and a trading house to union members.

The starting pistol on this was fired back in December by Deputy Prime Minister Chary Gylydzhov. He spoke then about how there were 157 enterprises owned by the Trade Ministry involved in wholesale trade, supplying the retail sector, warehousing, catering and processing of agricultural goods. Gylydzhov said upon evaluating which assets might be sold off that 20 joint-stock companies have been formed to merge the enterprises with the UIET.

This will further broaden the reach and scope of the UIET, whose companies are most typically involved in emerging light industry enterprises – food processing, building materials, electronics and the like. At the more lucrative end of the business spectrum, there are companies like the one that got the contract to build the $2.3 billion Ashgabat-Turkmenabat highway. That one happens to belong to a close relative of the president.

The embrace of the free market will cause pain to many ordinary people. Talk about privatizing wholesale and retail enterprises currently run by the Trade Ministry raises the prospect that Soviet-style state-owned grocery stores could gradually cease to exist in their current form. While nobody would choose to buy their groceries in such places if they could avoid it – the shops have a dismal selection and staple items are often absent altogether – prices are at least low.

Because there is no scrutiny of how contracts and assets are doled out, the UIET will become an increasingly important pork-distribution mechanism for nurturing new generations of cronies. A select number will grow wealthy. Meanwhile, the economy as a whole will probably see little benefit since loyalty will always be prized over innovation and creativity.

This loyalty scheme is important to squaring the inherent contradiction of the privatization agenda, which will inevitably dilute the pervasive role of the state, and that of Berdymukhamedov himself for that matter.

A vignette published on January 22 by RFE/RL’s Turkmen service, Radio Azatlyk, from the Lebap province is a sobering capsule of many of these problems. Subsidized flour and cooking oil have disappeared from the shelves in state stores across at least a couple of districts. And to make matters even more difficult, the stores may now peg the amount of subsidized rations people can buy to the size of their homestead. If the proposals reported by Azatlyk were to go through, rural households deemed to have a large plot will be cut off. They can, after all, just grow their own food.

At the same time, when flour is available and some make bread for reselling, they get into trouble with the authorities, Azatlyk reported. Private enterprise is only permitted if it is approved by the state.

The way in which the state uses its heavy hand to condition the fate of the economy does not inspire great hope for market reform. The saga with the Western Union cash-wiring company is a good case in point.

As Turkmenistan began experiencing one of its periodic phases of economic trouble a few years back, the authorities severely limited the amount of money that people were able to send to relatives studying at colleges abroad. In early 2019, Ashgabat residents reported that they were only being permitted to send $200 per month out of the country through Western Union, down from the previous $500 or so.

Matters reached an acute pass in December when monthly limits reportedly shrunk to $50, according to Vienna-based Chronicles of Turkmenistan. In some cases, banks were refusing to effect the transfers at all, leaving Turkmen students abroad entirely high and dry. On January 4, Western Union branches closed altogether.

Chronicles has since reported something of a reprieve. Western Union branches reopened in the Mary and Dashoguz provinces on January 19 and had opened in Ashgabat a few days earlier. The amount people can transfer is still limited, though.

There is a great incentive for anybody who is able to convert local currency into dollars, since there is a ludicrous divergence between official and black-market rates. Chronicles reported on January 24 that the manat is trading at up to 30 manat to the dollar on the street, a marked uptick from the week before. The official rate has for years been frozen at 3.50 to the dollar.

On the international news front, eyes are now fixed on what will come out of the deal sealed this past week between Azerbaijan and Turkmenistan to jointly develop a long-disputed Caspian gas field. The oil field itself is small fry, but the real goal is a trans-Caspian gas pipeline. If these two countries, which have struggled to see eye to eye over the decades, can set aside old enmities to make this project happen, more important cooperation will seem realistic.

Energy news website Neftegaz.ru speculated on January 25 that the announcement made by the Turkmen government – one day after the Azerbaijan deal was unveiled – that it intends to buy pipes from Chinese steel goods producer Honghua International could presage start to work. Berdymukhamedov, who issued the order to buy the pipes, did not provide any details about this purchase or the final intended use of the pipes.