Repeated boasts about the future of trade and foreign investment mean little when diplomatic impasses are so common. 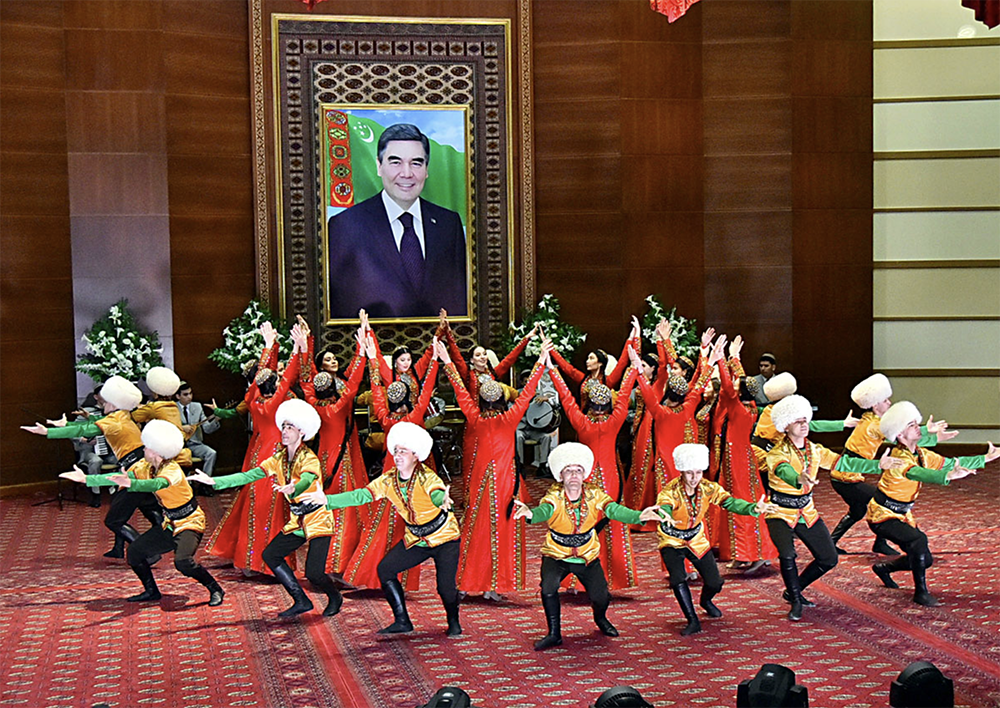 The president this week treated a congress hall brimming with sycophants to a morality lesson in verse.

“When two people argue, do not more discord sow / In neither one nor the other must you let the hatred grow,” Gurbanguly Berdymukhamedov declaimed to a room full of representatives of would-be civic organizations on February 14.

If only he could extend such wisdom further afield.

A spat between Geneva-based commodity trader Vitol and Azerbaijan’s state oil company SOCAR has claimed Turkmenistan as a casualty. Reuters reported on February 14, citing six anonymous traders, that the standoff has caused Turkmen oil exports to drop by half since the start of the year.

The dispute seems to have arisen from a decision by Turkmen oil exporters to switch from SOCAR export routes – which rely on tankers to feed the crude into the Baku-Tbilisi-Ceyhan, or BTC, pipeline – toward a new Vitol-run alternative. That option would see the same oil carried by tanker to Russia and then funneled through a pipeline to the Black Sea port of Novorossiysk.

The Reuters report reaches no clear consensus about why the planned switch was effected. One suggestion is that the Russia route offers more advantageous transportation tariffs.

But SOCAR has quite understandably declined to provide its tankers to transport Turkmen oil to the alternative route. Exports via Russia are reportedly starting this month, but only 80,000 tons are expected to pass through in February. That is far below the 200,000 per month typically exported via the BTC route. The flow of Turkmen oil through BTC is slated to end altogether in March.

And now a source has told Reuters that storage tanks in Turkmenistan are “full, so the Turkmens now face the risk of suspending some production.”

Energy officials in Turkmenistan have remained mute over the whole affair.

A decrease in deliveries will mainly hit foreign oil firms in Turkmenistan, such as the Emirati state-owned Dragon Oil and Italy’s ENI.

In a possibly linked development, the government announced it is establishing its own shipping company. The charter of this new state entity notes that its goal is to facilitate the transfer of petroleum products. Obviously, however, this is one for the long-term.

The other bottleneck of the moment is an all-Turkmen affair.

RFE/RL’s Turkmen service, Azatlyk, reported on February 14 that Ashgabat has once again taken to barring Tajik trucks from crossing its territory. This is a repeat of a similar blockade in September. Azatlyk says Tajik trucks have been stuck at the Iranian-Turkmen border since February 4.

Azatlyk quoted the head of Tajikistan's Customs Service as saying that talks to resolve this dispute are ongoing, but the frustration is palpable. Tajik Foreign Minister Sirojiddin Muhriddin accused Ashgabat of creating obstacles and said that "such problems should not arise among friendly and brotherly countries.”

That these kinds of diplomatic impasses are so commonplace does little to instill faith in repeated boasts about the future of trade and foreign investment.

Earlier this month, a document outlining the government’s economic development agenda for 2019-2025 envisioned the volume of exports over that period hitting $84.1 billion. At an annual average of $12 billion, that is not much higher than the $11.2 billion recorded in 2018.

Privatization is implicitly seen as integral to such objectives. Shedding the state’s role in the economy is Berdymukhamedov’s panacea to all ills.

In Turkmenistan, privatization has typically come to be understood as assets being handed over to the Union of Industrialists and Entrepreneurs – a crypto-parastatal behemoth whose inner workings are an impenetrable mystery.

This would-be business lobby is getting more than farms handed to it. According to German broadcaster Deutsche Welle, union chairman Alexander Dadayev has said cryptically that Berdymukhamedov “simply donated” $30 million to his body.

It is indicative of the government’s unrelenting doublespeak that the cause of privatization should be so eagerly trumpeted while state-linked outlets like Turkmenportal dwell on the professed “effectiveness of the national economic model.” It is this model, says the website in a typically neo-Soviet exercise in propaganda, that ensures the shop shelves are creaking under the weight of affordable meat, eggs, cheese, rice, sausages, tomatoes, cucumbers, apples and fish. Outlets like Turkmenportal can typically be relied upon to produce photos of such Potemkin stores whenever other, more independent, publications offer yet more accounts of chronic food shortages.

It is usually the president who hogs all the limelight, but Turkmenistan-watchers are now becoming used to the regular sight of his son, hatchet-faced Serdar Berdymukhamedov, turning up at ceremonies. This week, he attended the inauguration of a water treatment facility at a farm in the Ahal province, of which he is deputy governor.

Back in the real world, enterprising bank guards have devised a way of profiting on the chronic shortage of available hard cash. According to the Netherlands-based Alternative News of Turkmenistan, or ANT, bank workers are accepting payments of around half a dollar to allow people in some cities to use ATMs outside opening hours. Since 2016, state bodies have taken to transferring salaries onto bank cards, which are rendered all but useless by the crude inflation-busting measure of simply limiting the amount of manat in circulation. Stores often don’t accept payment with cards, while ATMs are rare and often empty.

Few have it as bad as Turkmen students abroad. They are limited to withdrawals of $15 at a time, which puts them in the difficult position of not being able to pay for tuition and accommodation.