Turkmenistan: If I go there will be trouble, and if I stay it will be double

The government is rationing staple goods and denying citizens the right to travel abroad. 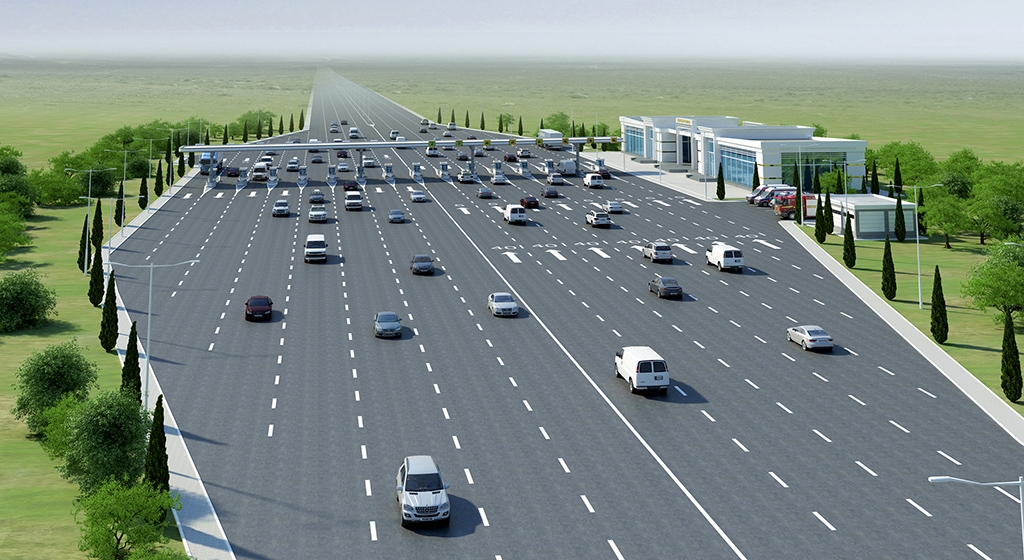 Over $4 million per kilometer. But who will pay? And where are the drivers? (Image from turkmenistan.gov.tm)

Turkmen President Gurbanguly Berdymukhamedov took time out of his crammed schedule this week to bash out a couple of birthday messages.

One note was addressed on June 14 to President Donald Trump and included a hopeful line about Berdymukhamedov’s “continued readiness for further development and strengthening of friendly relations.” The other, one day later, was to Chinese leader President Xi Jinping, who turned 65.

Berdymukhamedov is evidently eager to nurture important friendships in these hard economic times, but neither of these nations offers immediate prospects of rescue. Turkmenistan has long kept Western investors – including those from the U.S. – at arm’s length from its juiciest energy assets. And while China has spent heavily on building natural gas pipelines and other energy-related infrastructure, this has come at the cost of accruing multibillion debts for Ashgabat.

Things have apparently got so bad that the government is having to resort to rationing staple goods. The exile-run Alternative News of Turkmenistan claimed on June 13 that a quota of one kilogram of sugar and 10 eggs per adult customer has been introduced in state food stores. Children are barred from making purchases, the website said. RFE/RL’s Turkmen service, Radio Azatlyk, also reported that quotas were introduced for bread supplies in Ashgabat due to a massive nationwide shortage of flour.

The government portal, called the Golden Era, provides alternative facts, meanwhile, claiming that harvests are actually proceeding ahead of schedule in some areas.

Food shortages are due in part to the parlous volume of foreign currency in circulation. Azatlyk reported on June 14 that non-domestic cash is in such short supply that most Turkmen students in Tajikistan have been unable to use Turkmen-issued bank cards for weeks. Students have been expelled from their places of study as a result.

None of those young people should expect too much pity from the Turkmen authorities. A grim pair of stories has underlined the government’s ruthless determination to repatriate as many of its citizens as possible.

One account related by Azatlyk correspondents in Dashoguz province told of a man who committed suicide in April after being denied permission on three separate occasions to fly out of Ashgabat to Turkey. The man had hoped to go abroad to provide for his family and raise funds to pay off the debt incurred buying the airfare.

The government’s seemingly escalating determination to pressure Turkmen citizens working abroad into returning home remains perplexing and grotesque as ever.

A young man called Omriuzak Omarkuliyev was leading an apparently unexceptionable life in Turkey, running a Turkmen student group there, when he got the call to return from officials. Azatlyk reported that Omarkuliyev was lured back under the pretense that he would be enlisted to observe the March 25 parliamentary vote. But when he sought to return to Turkey, customs officials claimed to have found irregularities with his passport and barred him from travel. Omarkuliyev’s attempts to force a climbdown by taking his story to Azatlyk had disastrous results. He has not been heard from since March and is now believed to be in the notorious Ovan-Depe prison and facing a 20-year sentence for reasons unclear.

The relentless police state may be eating its own too. A sweep of reported arrests prompted by illegal currency trading has, according to a June 15 Azatlyk article, landed some members of the National Security Ministry, the successor body to the KGB, in prison.

This nebulous episode may have been at the roots of one of the more dramatic personnel reshuffles of recent times. The TDH state news agency reported that Berdymukhamedov oversaw an extended session of the State Security Council on June 13 in which he effected a musical chairs-style rejigging of the country’s top power ministries. Dovrangeldy Bayramov, fired as National Security Minister, ended up the man without a chair. Bayramov had been in the job since April 2016, but managed to rack up an impressive four reprimands over that period. To add indignity to his dismissal, he was demoted from colonel to major, so he must have done something really bad.

Meanwhile, Interior Minister Isgender Mulikov not only held onto his job but was even granted a promotion in rank from General-Major to General-Lieutenant. Although, as Radio Azatlyk noted, he is the government’s most reprimanded official, so there’s no room for complacency.

What might have been a more obvious pressing matter for discussion – the situation in neighboring Afghanistan – got nary a mention in the security meeting, going by official reports.

Ever eager to keep the news agenda upbeat, state media reported on June 15 that the government has charged a newly formed local company, Turkmenavtoban, with building a highway between Ashgabat and Turkmenabat, a city across the border from Bukhara. This news item is illustrated by a mock-up image of a preposterously excessive 16-lane, mega-highway lined by fir trees. The sheer size of this piece of infrastructure is presumably predicated on the conviction, often stated, that Turkmenistan will one day serve as a transportation hub for transit cargo traffic, but the initiative bears a strong whiff of delusion.

Berdymukhamedov has authorized a loan of up to $2.4 billion to finance the project. That translates, judging by the distances involved, to more than $4 million per kilometer – a startling amount considering the road would be built over flat and reasonably uncomplicated terrain. He does not explain who exactly will be lending this money. Foreign investors will probably evince little interest in this undertaking, however, seeing as the Turkmen government reportedly failed to pay Turkish firm Polimeks for work already done on the Ashgabat-Turkmenbashi highway.

The mirage of a Hail Mary pass again loomed at the horizon in the form a June 13 report in Moscow-based newspaper Kommersant stating that a final treaty on the status of the Caspian Sea may be signed in Aktau, Kazakhstan, in August. Turkmenistan, Iran, Kazakhstan, Azerbaijan and Russia have sparred over the sea's status for decades. Clarity here could kick-start a long talked-about trans-Caspian pipeline project that would finally give Turkmenistan a means by which to sell gas to Europe. Then again, similar proclamations of an imminent deal on the Caspian have in the past failed to materialize, so it may be too soon to crack open the champagne.

Turkmenistan: Good for some