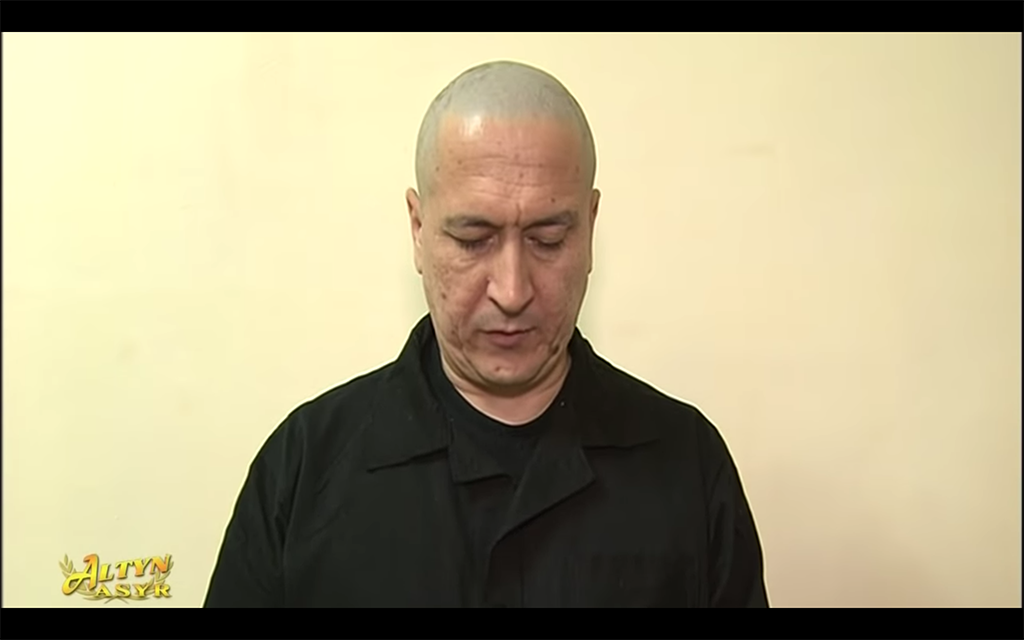 The last time that Turkmenistan’s former Interior Minister was seen in public was in October, when he was theatrically fired by the president during a meeting of top security officials.

On the evening of December 3, Isgender Mulikov appeared again on national television news. This time, he was in handcuffs, black prison garb and had his head shaven.

In a briefing to the president, Prosecutor General Batyr Atdayev explained that Mulikov, who had served as the country’s top cop since May 2009, abused his job to take huge bribes and engage in embezzlement. State television showed footage of items purportedly found during searches of Mulikov’s property. These included huge stacks of dollar notes and expensive watches and jewelry.

In the brief period that has elapsed since his arrest, which is presumed to have occurred at the time of his dismissal, Mulikov has been prosecuted and sentenced to what Amsterdam-based website Turkmen.news reported was a prison term of between 20 and 25 years.

Also appearing in handcuffs on state news was Meylis Nobatov, who was identified only as the former head of State Migration Service. In fact, he was removed from that job in November 2017. Turkmen.news reported that Nobatov had since been charged with heading President Gurbanguly Berdymukhamedov’s security detail – a fact captured repeatedly in state television footage.

Atdayev said Nobatov had also been found guilty of extorting bribes from businesspeople and used those funds to buy luxury homes and cars.

Mulikov and Nobatov both delivered confessions to camera in footage watched by Berdymukhamedov at a security briefing on December 3.

“We entrusted these people with important government posts,” Berdymukhamedov said. “Their duties entailed combating such negative phenomena, but they themselves violated the law and failed to live up to the trust placed in them. They tarnished the honor of their families. Their thirst for profit outmatched their voice of reason.”

Circumstantial evidence would appear to undermine Berdymukhamedov’s claim to be scandalized by corruption, however.

Viewers are meant to believe that Mulikov had accumulated his wealth while serving as head of the Interior Ministry for more than a decade without anybody noticing. Turkmenistan’s police force is a notoriously corrupt body and tributes typically flow upward in such organizations.

The jailing of Nobatov is even more intriguing.

When Mulikov was fired in October, Turkmen.news had linked the development to the prior arrest of well-known businessman Charymukhammed Kulov, who had in turn been subjected to a televised struggle session in September in which he confessed sobbingly to major corruption.

The unconfirmed speculation is that Berdymukhamedov’s regime suspected – wrongly or not, it is not possible to confirm – that Mulikov and Kulov were conspiring in a bid to seize power. News of the jailing of Nobatov, a man well-positioned to play a key role in such plotting, will lend additional fuel to that theory.

The opportunity to dislodge Berdymukhamedov, who has presided over his country’s inexorable economic disarray, appeared to have materialized over the summer, when he disappeared from public view for many weeks. Such was the length of his absence from the television screens that it was briefly thought that the 62-year-old leader might have died.

The purpose of airing confessions from fallen officials on state television is likely less about corruption and more of a warning to those tempted to be disloyal as the government teeters constantly on the edge of functional insolvency.