Authorities fail to issue alert ahead of another natural disaster while cracking down on censorship-busting VPN apps. This and more in our weekly bulletin. 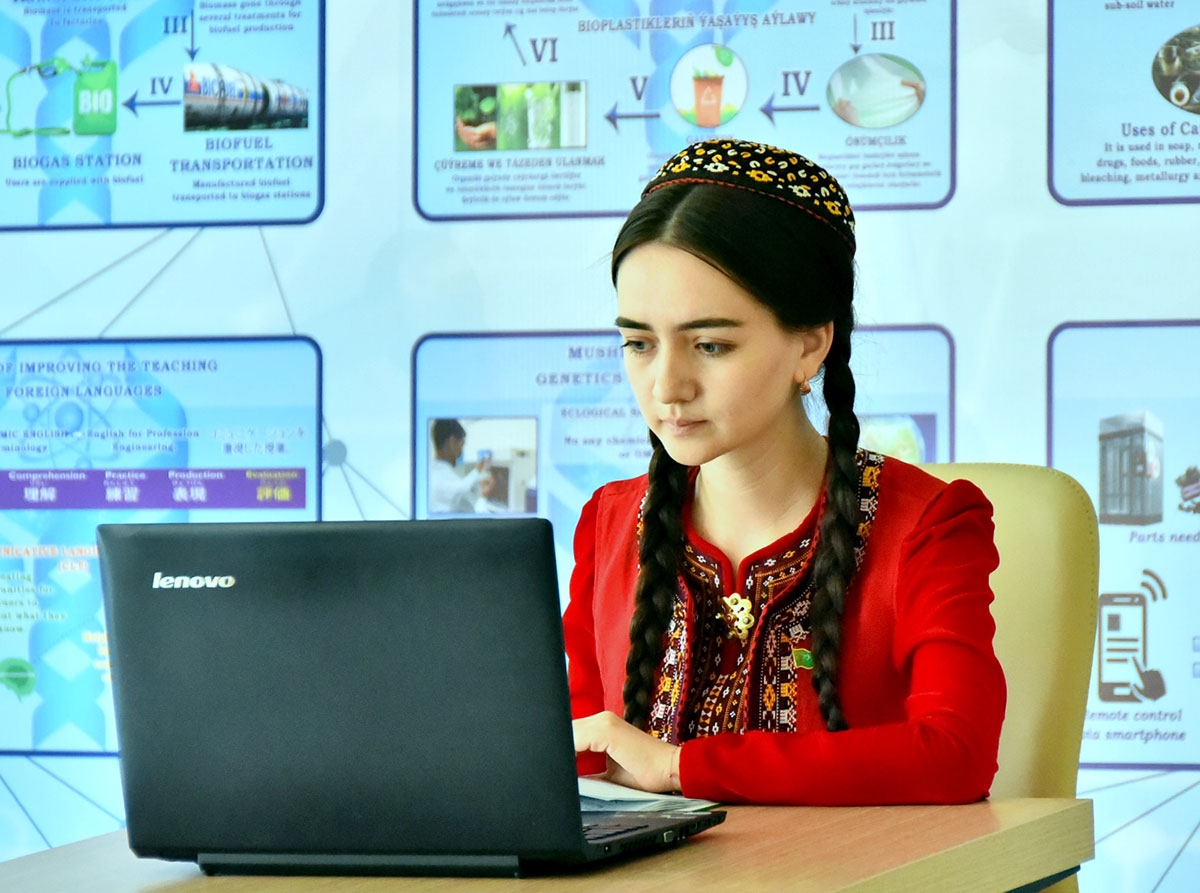 In a repeat of events last year, parts of Turkmenistan have been struck by powerful and destructive winds.

RFE/RL’s Turkmen service, Radio Azatlyk, reported on March 22 that several towns in eastern Lebap province had been without power and communications since the calamity late last week. Videos posted to YouTube showed roofs being blown off an apartment block in Turkmenabat.

Azatlyk notes that the authorities repeated their passive policy from 2020 by failing to inform the public of the possible impending disaster.

“So the hurricane caught the people of Lebap by surprise,” the website commented. “When the winds rose, many were still on the streets.”

One consequence of last year’s handling of the catastrophe was to galvanize some among the ranks of Turkmens-in-exile into organizing protest pickets outside Turkmen diplomatic missions, in places like the United States and Turkey.

Azatlyk cites local residents as saying the authorities have still failed to properly help people affected by last year’s disaster, but there are indications officials wish to be seen adopting a more active response this time around.

So it was that on March 22, the president’s son, Serdar Berdymukhamedov, a deputy prime minister and holder of several other important titles, visited Turkmenabat. But as Amsterdam-based outlet Turkmen.news noted, far from alleviating discomfort, this fleeting outing only compounded residents’ misery.

Despite everything, the red carpet had to be rolled out for the guest of honor. Bazaars were closed, presumably as a security measure, offering speculative shopkeepers the opportunity to ramp up prices for their wares, one Turkmenabati told Turkmen.news. And black-market rates for the dollar rocketed up to almost 32 manat. The utterly fantastical official rate is 3.5 manat to the dollar.

Although official news sources have made no allusions to the windstorms, the slavishly pro-regime website Gundogar-News did. The outlet even described how the hours-long storm on March 19 had caused destruction and torn the roofs off 15 buildings, but it insisted all electricity and water supplies had been restored within the day.

These cases of para-governmental media playing footsie with a minimal degree of transparency are interesting in that they constitute evidence that the authorities are tempted on occasion to step back from their fully North Korea-style information blockade.

But such exceptions remain highly rare and rigid censorship is still the prevailing norm.

Vienna-based Chronicles of Turkmenistan reported on March 18 that censorship-busting VPN apps began malfunctioning for users in Turkmenistan earlier this month. Even video conferencing apps and PayPal are unavailable.

An editor’s note from Chronicles offers some indication as to just how many people in Turkmenistan are using VPNs. Over a two-week period, the website noted that its number of visits was on certain days dropping by anywhere from 50 percent to 75 percent.

Regular readers of this bulletin will know that thrusting Turkmenistan into the information technology age is very much at the top of President Gurbanguly Berdymukhamedov’s list of priorities.

The emerging policy is to make the internet more widely available on the one hand, while stepping up controls on the other. In February, Berdymukhamedov demanded an improvement in access to the internet. Sure enough, within a day, state-owned Turkmentelekom slashed its monthly fee for 256 kbps connections from 150 manat ($42.6 at the official rate, roughly $5 at the latest black market rate) to 100 manat.

Such modernization bears risks in the view of the hyper-paranoid regime.

On March 19, Deputy Prime Minister Gadyrgeldy Mushshikov offered the president an update on implementation of the government’s strategy to digitize regional and national government departments by 2025.

E-government needs protecting against troublemakers, however, so proposals are afoot to establish “digital security departments” to ward off “internal and external information threats.” A number of bodies, like the ministries in charge of energy, construction, education, health, sports and youth affairs are already going through the motions of hosting their in-house digital security teams.

Doing this, Berdymukhamedov opined, would protect the constitutional rights and freedoms of Turkmen citizens, ensure them a decent standard of living and preserve the country’s independence.

Quite what information threats Berdymukhamedov has in mind are not specified. It is only fair to imagine some of these include legitimate risks like hacking and snooping. But it is also likely that the government wants to continue proofing its national digital framework against the perceived malign influences of free media, democracy and foreign-based opposition activists and the like. And the much-vaunted digital security departments sound more like spies and overseers than guards. Turkmenistan should not leak is the unspoken byword.

Now that Berdymukhamedov has spilled the beans on the scale of Turkmenistan’s credit burdens, rationalizing costs and tightening the revenue-generation machine is becoming a recurrent theme.

Deputy Prime Minister Shamukhammet Durdylyev reported at the March 19 Cabinet meeting on the establishment of a data-clearing center to keep tabs on whether households are paying their utility bills on time. Delinquent debtors have been a problem for the government ever since generous subsidies were scrapped as part of Berdymukhamedov’s embrace of market economics.

The free market, naturally, demands rent-seeking opportunities be pursued whenever possible. Chronicles has reported that representatives of the water board and the gas company in Ashgabat are going around apartment blocks inspecting pipes and other hardware to see that they are in good working order and then charging 10 manats for the mandatory service.

Ashgabat is even proving adept, up to a point, at pumping its foreign partners for cash. Moscow-based news agency Interfax on March 20 reported, citing Chinese customs data, that Beijing has been paying Turkmenistan $187 per 1,000 cubic meters of its natural gas deliveries.

The figure is related to deliveries in January, when Turkmenistan supplied China with 2.79 billion cubic meters of gas. Kazakhstan and Uzbekistan charged a little less, and Russia considerably less – only $118.5 per 1,000 cubic meters, in fact. Before accounting for transit fees and other costs, Turkmenistan’s rate makes for a tidy monthly revenue of around half a billion dollars.

Just how much of this money goes to paying off those aforementioned debts, however, is not clear.