Turkmenistan: It’s my party, and I’ll go if I want to

Micromanagement, avoidance, and the regime’s helpless fig-leaf – this and more in our weekly Turkmenistan bulletin. 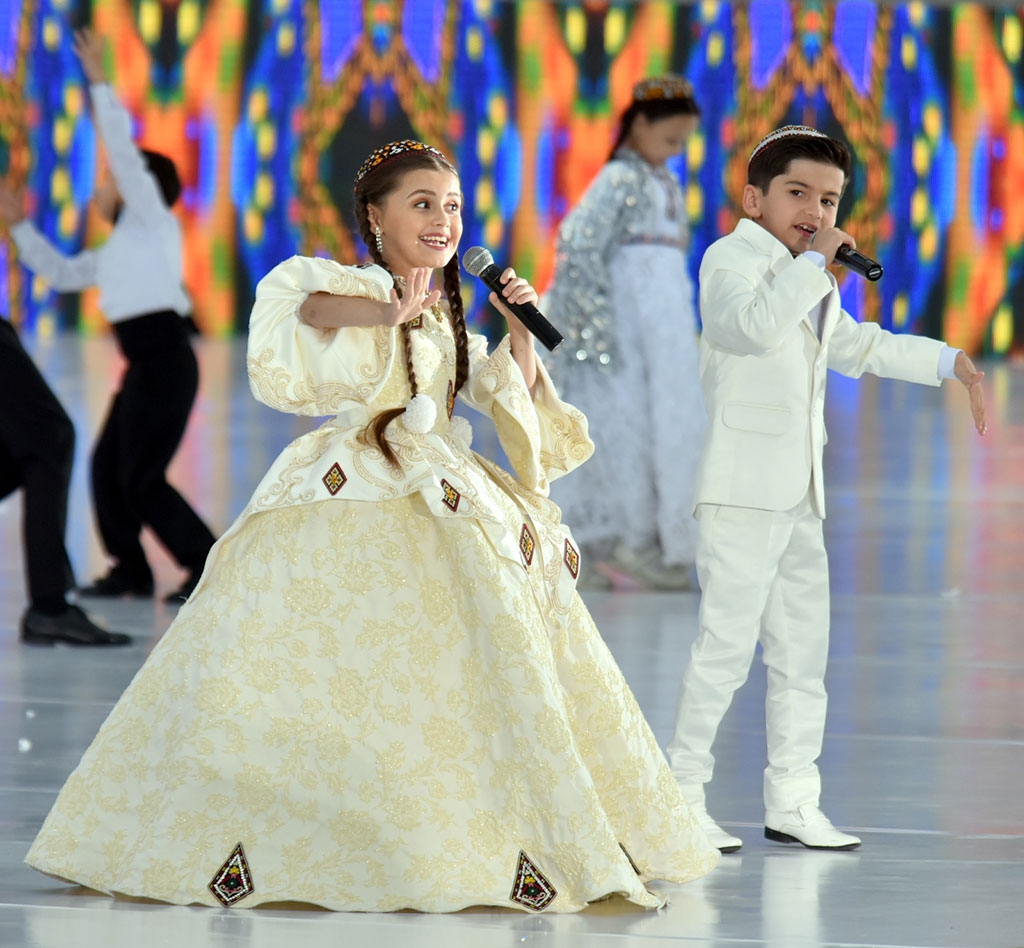 It is party time in Turkmenistan as the president marks his milestone 63rd birthday – the age at which the Prophet Muhammad is believed to have died.

Foreign-based opponents to Gurbanguly Berdymukhamedov’s regime, however, decided to mark the eve of the occasion, on June 28, in less celebratory manner, by gathering for protest pickets in places like the UN headquarters in New York and the Turkmen Embassy in Washington. Similar demos have been organized in Istanbul and Northern Cyprus, which both have sizable Turkmen diasporas.

The pickets are small, but that they are happening at all feels like a Rubicon has been crossed. Turkmens who have lived abroad even for decades have almost all refrained from expressing their views for fear of possible reprisals being meted out against relatives in their native country. Even glimmers of dissent are going to unnerve a hyper-paranoid government already having to cope with economic tribulations, food supply troubles, the global coronavirus pandemic and, just to cap it all off, the occasional natural disaster.

In Ashgabat, meanwhile, Berdymukhamedov’s birthday was marked with a huge open-air concert seemingly not attended, curiously enough, by the man of honor. A jumbo screen showed a film dwelling on the president’s alleged contributions to world peace. Almost all the singers were local talent, inevitably, given the current global epidemiological situation, although Uzbek crooner-turned-Culture Minister Ozodbek Nazarbekov addressed the crowd by video link and was rewarded for his troubles with the title of Honored Artist of Turkmenistan.

A highlight of the evening was a pre-recorded piano performance and DJing set, also shown via video link, by Berdymukhamedov’s teen grandson, Kerimguly. The boy is emerging as the subject of his own micro-cult of personality, a treatment so far also reserved for the president’s father and grandfather.

Berdymukhamedov’s son, the industry minister and presumed one-day successor, Serdar, never gets quite as much attention, although he appears regularly in news bulletins. He was conspicuous for his absence at the June 29 Cabinet meeting, although he did resurface later in the day, when the president took a helicopter ride, as one does, to the mosque in the town of Gokdepe, which is just outside Ashgabat. The mosque was built in the 1990s and named after the late President Saparmurat Niyazov, but that nomenclature was pointedly omitted in reports on Berdymukhamedov’s visit.

The president’s supposed Islamic piety has been underlined in view of the Prophet Muhammad-themed milestone. An article posted on the state news agency website highlighted the fact that Berdymukhamedov had performed the hajj (it was actually the umra, or minor hajj, in May 2016), although the piece itself makes only token references to his commitment to the actual faith, which appears entirely symbolic.

At this Cabinet meeting, Berdymukhamedov was informed, possibly by way of a birthday treat, that the wheat output target of 1.4 million tons, yielded from 690,000 hectares, had been hit and exceeded. This question has been given especially acute attention this year, with the president even touring the regions to personally inspect the work of farmers. State media reserved special praise for the Kaakha district in the Ahal province, which produced 80,500 tons of grain. That happened to be one of the districts visited by Berdymukhamedov.

“If the barns are filled with wheat, and people have freshly baked bread on their table, isn’t this happiness?” the president mused with satisfaction.

He has certainly changed his tone. Only one week earlier, he was flinging his usual severe reprimands at heads of districts for badly organizing harvest work. Among the targets of his ire was one Annagul Esenov, the head of the Esengul district in the western Balkan province. A real fall from grace for Esengul, which was in 2019 awarded a state prize and $1 million for being the country’s “best district.”

And then on June 27, the president toured some construction sites and roads in Ashgabat, where he took time out to point in irritated fashion at potholes.

But if the system labors under micromanagement in some quarters, there is persistent worry that other matters not being managed at all – namely, the strongly suspected coronavirus outbreak, which the government continues to insist has not happened. Turkmenistan is awaiting a mission from the World Health Organization to visit in early July. But the visitors, should they ever arrive, will beyond all doubt be led on a merry tour of Potemkin facilities, while anybody suffering from even a slight cough will be shuffled away from view.

The WHO’s parent, the UN, has, in a familiar fashion, been obligingly acting as the Turkmen regime’s helpless fig-leaf. Quizzed about how to explain the mysterious absence of coronavirus in Turkmenistan by an in-house UN press team, Yelena Panova, the UN country representative, feebly responded that it was “hard to say for sure.” She then proceeded to offer unqualified endorsement of the government’s efforts, which have included the suspension of international flights early into the global crisis and closure of the borders, but have not extended to putting a stop to needless mass gatherings and conferences. At no point did she attempt to suggest in veiled, diplomatic fashion that the government might simply be economizing with the truth.

The U.S. Embassy in Ashgabat has, on the other hand, merrily waded into controversy, publishing a health warning explicitly contradicting the official line. “The U.S. Embassy has received reports of local citizens with symptoms consistent with COVID-19 undergoing COVID-19 testing and being placed in quarantine in infectious diseases hospitals for up to 14 days,” the Embassy noted, daring to violate the code of omertà subscribed to by Ashgabat’s pathologically mimsy diplomatic community.

This immediately generated mewls of protest from the Foreign Ministry, which has accused the Americans of disseminating “fake news” and acting counterproductively.

Turkmenistan was nonetheless expected to be present at the table on June 30 for the Washington-led foreign minister summit of C5+1 nations – those being the five countries of former Soviet Central Asia and the United States. The focus of this event, as signaled by the involvement of the U.S. State Department Special Representative for Afghanistan Reconciliation, Zalmay Khalilzad, was to be on promoting engagement from countries in the region in the economic recovery of their conflict-stricken neighbor to the south.

In other regional trade news, rail cargo began once more crossing the Turkmen-Iranian border following a four-month break precipitated by the COVID-19 pandemic. The maiden consignment was 30 carriage-loads of cement, because economic crisis or not, Turkmenistan’s building frenzy must continue.