Turkmenistan is difficult to access, but it is a strategic location. In this week’s briefing we examine the assorted flavors of “north-south” corridor, trade with neighbors, and much more. 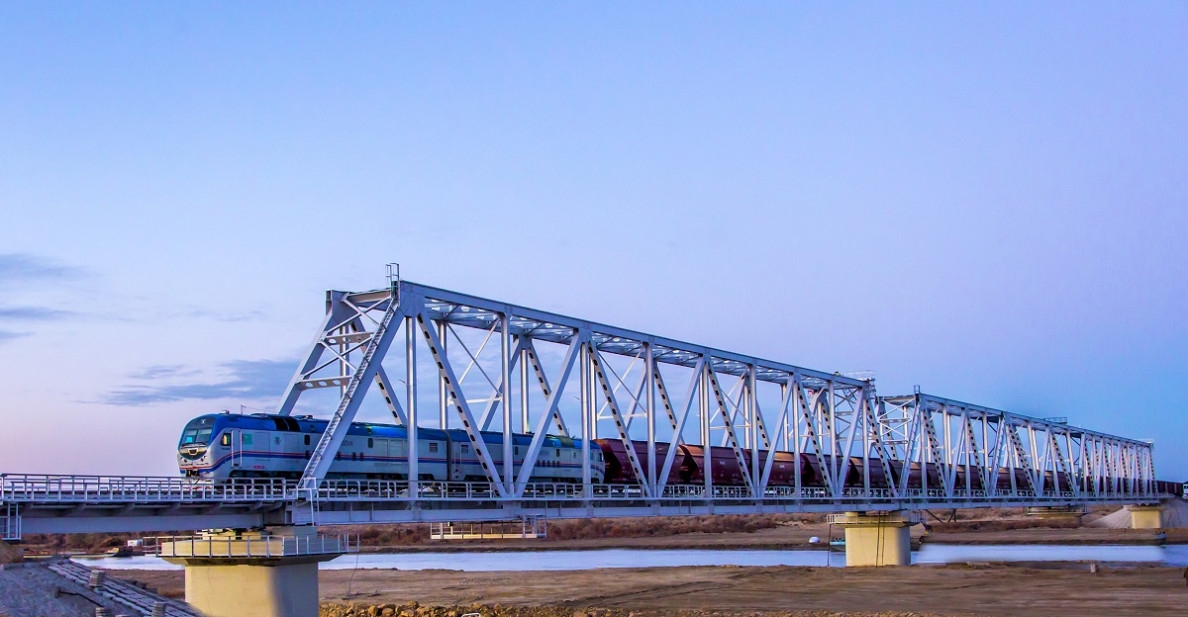 Turkmenistan may be one of the hardest places in the world to get into, but that never stops the government from trying to sell the country as a regional transit hub.

On July 18, Ashgabat played host to an event under the title International Transport-Transit Corridors: Interconnection and Development. In his speech to the conference, Turkmen Foreign Ministry representative Serdar Durdyev talked about how mobility was key to stability.

"Nowadays, transport is a significant factor in geopolitics that can have a serious, positive impact on the overall situation in the region and beyond,” Durdyev was quoted as saying by Russia’s state-run TASS news agency.

That portion of his remarks was an almost word-for-word repetition of what the former president, Gurbanguly Berdymukhamedov, said in December 2014 at the inauguration of a railway track connecting Iran, Kazakhstan and Turkmenistan.

Generous observers might attribute this reliance on tried-and-tested scripts to a constancy of vision. Critics would suggest it attests to a lack of new ideas or an inability to advance agendas beyond rhetoric.

An alternative analysis is that this might be a case of the mountain coming to Muhammad.

Elsewhere in his speech, Durdyev made thinly veiled allusions to the war in Ukraine and how that conflict stands to disrupt important channels of west-to-east traffic. This unexpressed thought was completed in another speech, by Atageldy Khaljanov, Turkmenistan’s Geneva-based permanent representative to the UN, who spoke about how Russia and China stood to gain access to new markets by making more ample use of the Uzbekistan-Turkmenistan-Iran-Oman transport corridor.

The origins of that concept go even further into the past than Berdymukhamedov’s remarks. The Ashgabat Agreement was signed in April 2011 by the foreign ministers of those aforementioned countries (as well as Qatar, which later drifted away from the whole project) and envisioned a seamless network of north-to-south road, railway and port connections.

Sure enough, officials and strategists in Moscow have begun in recent months to talk in a more sustained fashion about how the time has arrived for what is known as the North-South Transport Corridor – usually simply “North-South” in Russian media reports. All roads running from Central Asia to the Persian Gulf fit neatly within the broader, north-south rubric, which also allows for transportation routes passing through the Caucasus.

As if on cue, on July 13, Iranian state news agency IRNA reported on how a Russian cargo goods train undertaking a maiden trip from Russia to India had the previous day crossed the border between Turkmenistan and Iran. An Iranian railways officials told IRNA that 39 containers of construction material made their way across the Sarakhs crossing. The cargo was due to be carried onward to Iran’s port of Shahid Rajai, on the northern side of the Strait of Hormuz, and then shipped to Mumbai’s Nhava Sheva port.

A slightly alternative north-south route involving Turkmenistan that is also under development would see goods shipped across the Caspian to a state-of-the-art port in Turkmenbashi, then loaded onto trains rolling toward Chabahar, an Iranian port positioned more conveniently on the open Indian Ocean.

Russia is committed to Turkmenistan’s transportation agenda in lots of other practical ways.

While visiting Ashgabat in December, the governor of Russia’s Astrakhan province, Igor Babushkin, offered to build tankers, rail and automobile ferries, cargo ships, and even fishing vessels for Turkmenistan. To sweeten the offer, Babushkin suggested that ship components could be manufactured at Astrakhan shipyards and then assembled in Turkmenistan – a proposal clearly designed to stroke the egos of a Turkmen leadership always eager to demonstrate it can generate local employment.

Turkmenistan is thinking about its close neighbors too.

On July 14, President Serdar Berdymukhamedov traveled to Uzbekistan for a state visit with, as ever, the goal of discussing “mutually beneficial … cooperation on political, diplomatic, trade, economic, cultural and humanitarian issues.” This is Berdymukhamedov’s first visit to a Central Asian neighbor since taking over from his father in March, although he has already found time for trips to Iran, Russia and Saudi Arabia.

While the two days of encounters between Berdymukhamedov and his Uzbek counterpart, Shavkat Mirziyoyev generated many professions of undying devotion, the most useful business was done before that. On July 13, Uzbekistan’s Investment and Foreign Trade Ministry reported that investment and trade agreements worth $451 million had been sealed during an inaugural interregional forum in Bukhara held ahead of the visit. No specifics were forthcoming.

The ministry said representatives from the two countries used the event to affirm their intention to increase bilateral trade to $2 billion “in the near future.” The timely launch of two cross-border trading ports – Lebap-Bukhara and Dashoguz-Khorezm – are seen as instrumental to making that happen.

This is all well and good, but as Amsterdam-based Turkmen.news reported in April, Turkmen-Uzbek trade in the first quarter of 2022 actually fell by 17 percent as compared to the same period the year before. Bilateral trade for all of 2021 reached $882 million – a fact that makes the $2 billion objective decidedly ambitious.

One area that might see more activity is trading in energy resources. Mirziyoyev said during talks that Tashkent was interested in pursuing the import of electricity, natural gas and oil product supplies from Turkmenistan.

This kind of thing is music to Ashgabat’s ears. The Berdymukhamedovs (both of them) have long pushed their underlings to produce ever more oil and gas, and derivatives thereof, but selling the stuff is not always easy.

On July 13, Charymyrat Purchekov, the deputy prime minister with the portfolio for construction, industry and energy, told a government meeting about purported progress in increasing capacity at a gas-to-liquids plant inaugurated in June 2019 in Ovadan-Depe, just outside the capital, Ashgabat. In the first half of 2022, the plant overfulfilled its production targets by 20 percent, Purchekov claimed.

It was reported last month that UAE-based Dragon Oil, which is developing the offshore Caspian fields of Jeytun and Jigalybeg under a production-sharing agreement, secured a renewal of that arrangement through to May 2035. Since that time, the official UAE news agency WAM has provided more details on how that deal was reached.

Fully $500 million is being paid upfront in cash and another $500 million will be transferred over 13 years, partly in the form community development, education, public health and other forms of social projects, WAM reported.