Racketeers, cotton-picking, a Russian consultant. This and more in our weekly Turkmenistan briefing. 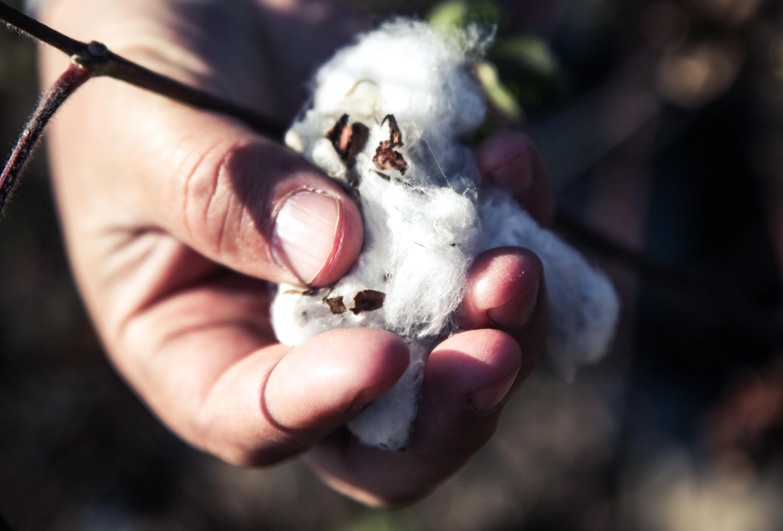 Cotton-picking season is beckoning, and the message is more “white gold” and less grain.

In four of Turkmenistan’s five provinces, picking will begin on September 11. One week later, the campaign will begin in Dashoguz. The target is to harvest around 1 million tons of cotton across 5,500 square kilometers (2,100 square miles) of land.

Since the government owns all land in Turkmenistan, all the cruelty that this exercise involves – including forced labor, child labor and the arbitrary suspension of land leases to farmers unable to meet production quotas – is easily attributable to officials.

Major international brands like Levi’s, Nike, Gap, Adidas, Burberry and retail colossus Amazon have pledged to close their doors to Turkmenistan’s cotton until forced labor is tackled. The United States in 2018 banned the import of cotton and cotton products from Turkmenistan. But Ashgabat evidently has enough alternative buyers willing to turn a blind eye to transgressions. As Anti-Slavery International found in a recent report, it is often Turkish companies that help circumvent anti-slavery initiatives through the simple expedient of a Made in Turkey label.

While quotas are to be met, this must be done in the right way. Vienna-based news website Chronicles of Turkmenistan reported that Agriculture and Environment Minister Magtymguly Bayramdurdyev instructed regional officials to ensure that the Ahal province, which is governed by the president’s son, Serdar Berdymukhamedov, should be first to fulfil its plan.

To achieve greater output targets, the president in early August approved a decree reducing the area of land devoted to grain, instead allocating this land for sowing cotton. This decision was taken, the state news agency said, because “food security has been attained in the country.” Accordingly, the areas of land being sown with wheat are dropping to 6,900 square kilometers (2,600 square miles) from 7,600 square kilometers (2,900 square miles) last year.

Residents of places like Turkmenabat, the capital of the Lebap province, may be dismayed to learn of such facts. Amsterdam-based Turkmen.news reported at the start of September that locally produced flour had disappeared from stores, sparking a twofold spike in the price of bread. Prices at state stores have remained stable, but with the demand so high, there is not enough to go around. The local gossip is that the flour shortage was due to humanitarian deliveries to neighboring Afghanistan. The explanation next year may be different.

Small luxuries like soda drinks are in short supply too. The local manufacturer of Coca-Cola drinks went into a terminal crisis in 2017 amid a deficit of raw materials and lack of access to hard currency. This has created a cottage industry for shuttle traders importing batches of sugary drinks, as well as baby food, chicken meat, eggs, down pillows, socks and detergents, from neighboring Iran. Chronicles reported on September 2 that customs officials have taken to confiscating such goods. “Once upon a time there were basmachis (brigands) in our area who levied bakshish (money) from passing caravans or just simply robbed them. Now this function is performed by Turkmen customs officers,” one unhappy trader told Chronicles.

No explanation is ever provided to the shuttle traders, although the assumption is that officials are instructed to limit competition to local manufacturers, who are invariably owned by interests in or close to the ruling family.

This unofficial import racket has apparently even led to some intradepartmental squabbling. When customs officials in the Lebap province confiscated four containers worth of school supplies – a type of items that the president recently ordered should be exclusively sourced locally – it drew the attention of the powerful National Security Ministry, or MNB, the successor agency to the KGB. According to Chronicles, which said it was citing disgruntled border control services, companies controlled by the MNB profit from smuggling.

For such an isolated nation, Turkmenistan is doing a lot of diplomacy these days.

A working group of the Uzbek-Turkmen Intergovernmental Commission on Border Delimitation and Demarcation met last week in the Uzbek city of Urgench to discuss new technical data that will, it is anticipated, put paid to any future territorial disagreements. The definitive resolution of historic border disputes has assumed fresh urgency since Uzbek President Shavkat Mirziyoyev came to power in 2016 with pledges to radically improve regional ties.

On August 30, TDH state news agency noted that Turkmenistan is opening a consulate in Dubai, so as to improve ties with oil- and cash-rich United Arab Emirates.

One day earlier, Russian Foreign Minister Sergei Lavrov and his Turkmen counterpart Rashid Meredov got on the phone to discuss preparations for the Moscow-centric Commonwealth of Independent States heads of government summit taking place in Ashgabat on October 11. This is all against the backdrop of warming Russo-Turkmen ties.

Turkmen contacts with Russia have tended in recent years to pass through the federal subjects of Astrakhan, which lies on the northern shores of the Caspian, and Tatarstan, which shares Turkmenistan’s Turkic heritage. By outsourcing diplomatic duties to its regions, likely aping a Soviet policy of having Tashkent handle relations with swathes of the developing world, Moscow has achieved some modest success in building deep and capillary amity. On September 2, the only Turkmen school in Russia, in the Astrakhan village of Funtovo, opened its doors to its first complement of pupils. The school will serve the local ethnic Turkmen community, which is around 2,300 strong.

Not so much joy for parents wishing to enroll their children in Russian schools in Ashgabat. Chronicles has claimed that these schools now expect informal payments of more than $1,000 to place children. Learning Russian to a good standard is naturally essential to anybody wishing to later enroll the same children in Russian or even Belarusian universities. (Not that even this is a good idea, as things stand – Chronicles has reported that Turkmen students enrolled at Belarusian universities are not being allowed to leave the country after they come home for their holidays).

Perhaps the most striking engagement with the outside world last week was when the notoriously outsider-shy President Gurbanguly Berdymukhamedov agreed to appoint Ashgabat-born, Russian businessman Igor Makarov as a consultant to his chief energy advisor Yagshigeldy Kakayev. Makarov is a long-term fixture on the Turkmen scene. He made a killing from the mid-1990s onward, when his Itera company cornered the market on selling Turkmenistan’s gas to other former Soviet nations. Itera notoriously achieved this feat by closing a deal in 1994 to supply Turkmenistan with sugar at a time when the state coffers were dry and the country had trouble securing even basic commodities.

Makarov, a one-time cycling champion – a fact that endears him greatly to Berdymukhamedov – is a colorful figure with a knack for arriving on the scene when Turkmenistan is most in need. His historic closeness to the Russian parastatal business establishment, namely Gazprom, means his appointment will likely inspire jubilation in Moscow.